In the game Doom Eternal, the opportunity is available not only to choose the color of the base armor, but also to change the appearance of the main character through various costumes. Most of these skins are unlocked as you progress through the game, for completing tasks and collecting certain items. Others can be obtained for actions related to the game account, or by purchasing a special edition of the game. We present to your attention ten of the most interesting, unique and unusual costumes for the Doom Slayer. 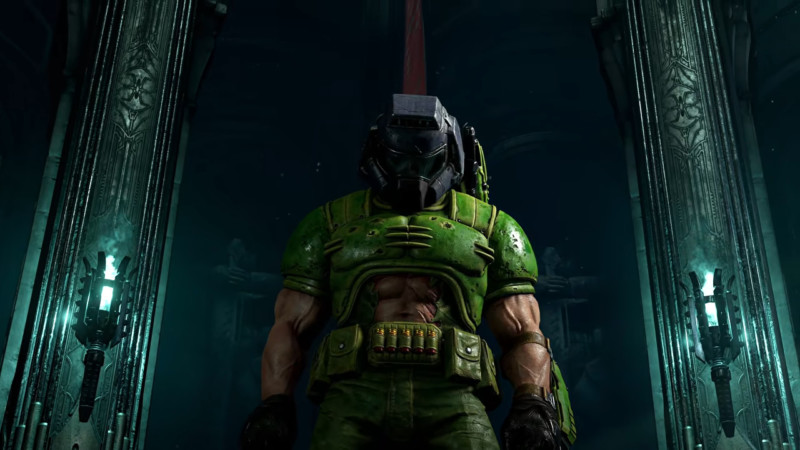 You can’t argue with the classics. This skin brings back the classic green armor with a cutout for the press, the same one from the cover of the first Doom game. To unlock the outfit, you will need two Guardian batteries, which you will find in locations while traveling around the world of the game. The batteries will allow you to open the locked door in the Fortress of Doom, it is behind it that the infantryman skin is located. Changing the appearance of the armor takes place in the settings of the main menu of the game (item Costumes). 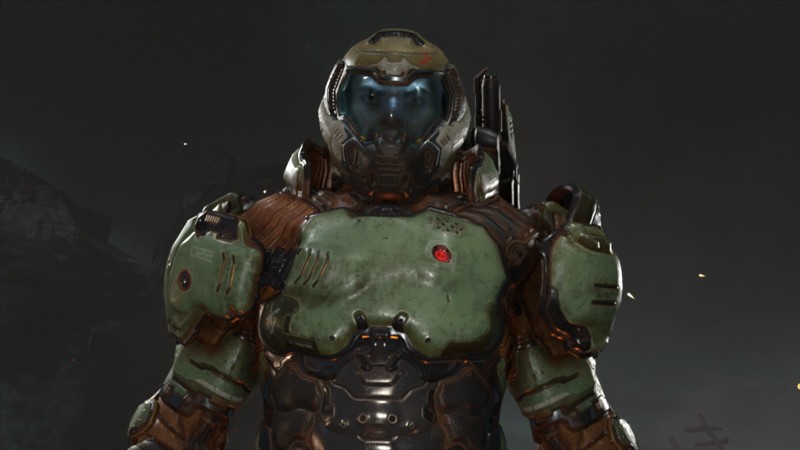 The Praetorian skin debuted in the previous Doom game in 2016. The armor, like the previous one, you will find behind the next locked door, which opens only when there are two Guardian batteries. 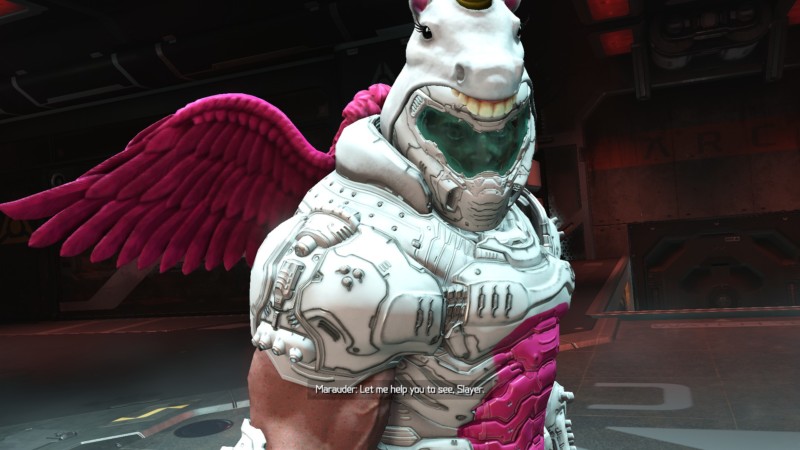 Would you like to dilute the brutality of the process of exterminating the hordes of demons with a colorful white and pink suit with wings and a unicorn’s head on a helmet? Even crazier, the skin replaces the retractable wrist blade with a magic wand. To unlock this skin, you need to be a Twitch Prime subscriber and link your Twitch account to your Bethesda account. 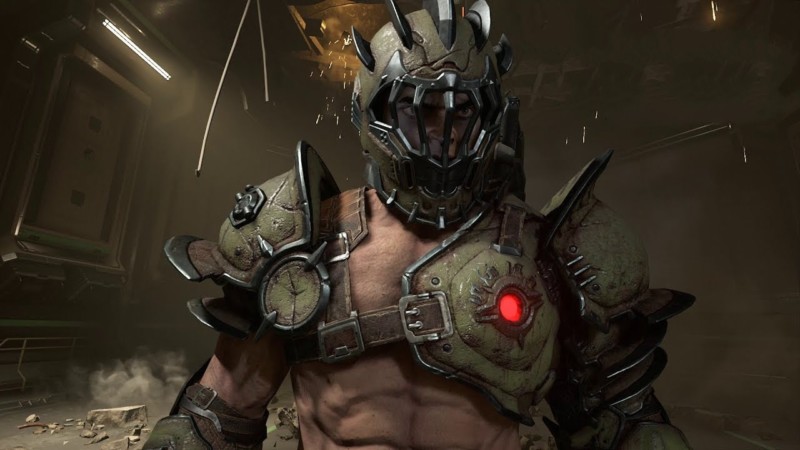 When Doom Slayer was a Guardian, he wore this armor. In appearance, it resembles the armor of the Marauder, one of the opponents in the story campaign. Unfortunately, along with the armor, you will not receive special Marauder items such as a shield or an ax. To open the skin, you will have to spend two Guardian batteries in the Fortress of Destiny. 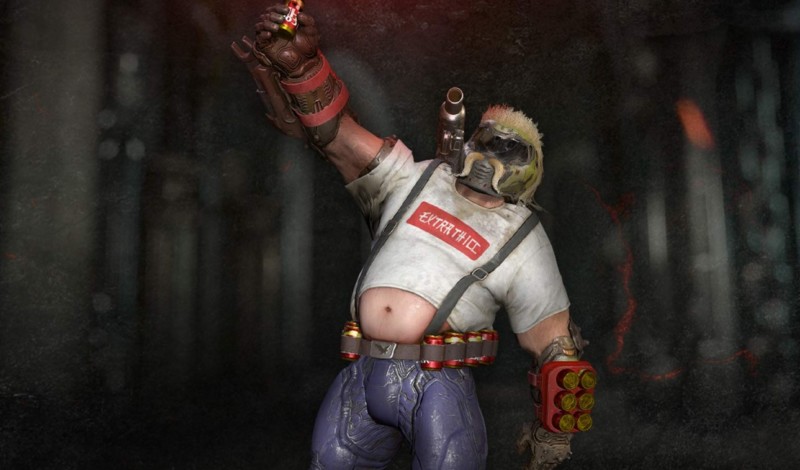 “Doom Executioner after quarantine” – this is how some players dubbed the new image of the protagonist. The comic skin adds a beer belly, rustic clothing, a long curled mustache and a mullet haircut from the eighties. You can get this mess by linking your Twitch Prime account to your Bethesda account. 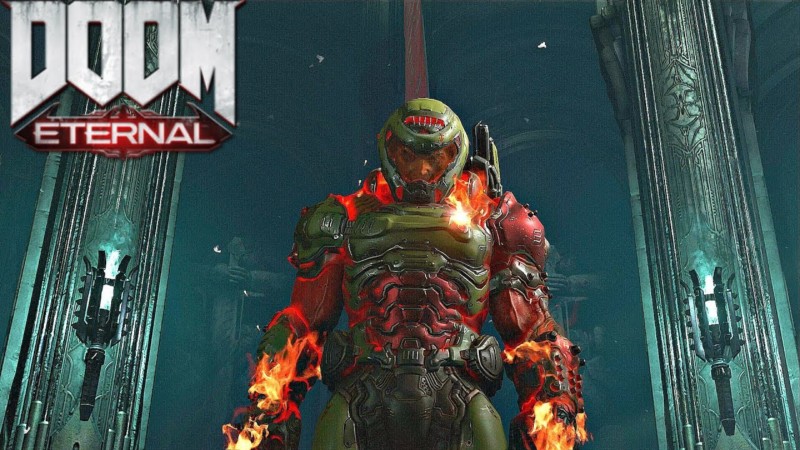 Armor combines classic green with red-hot red, the hero’s arms and legs spew flames, and the Glory Kills look even more impressive. Unfortunately, the skin cannot be earned in any way in-game – it is only available to those who have purchased the Doom Eternal Deluxe Edition. 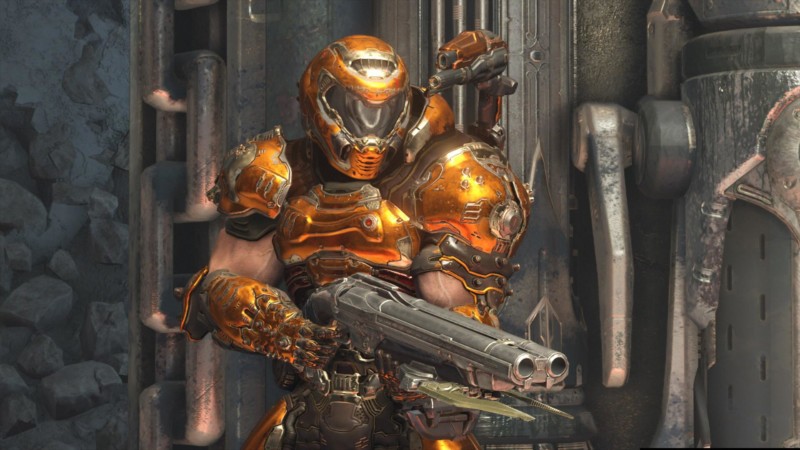 Most of the armor is painted an orange-gold color with steel flecks. The skin fits perfectly into the world of Doom Eternal and blends harmoniously with the rest of your armor and equipment. To obtain it, you will need to complete the story campaign in the “Extra Life” mode, saving at least ten extra lives. It doesn’t matter at what difficulty level you do it, so if you are confident in your abilities, be sure to try the challenge. 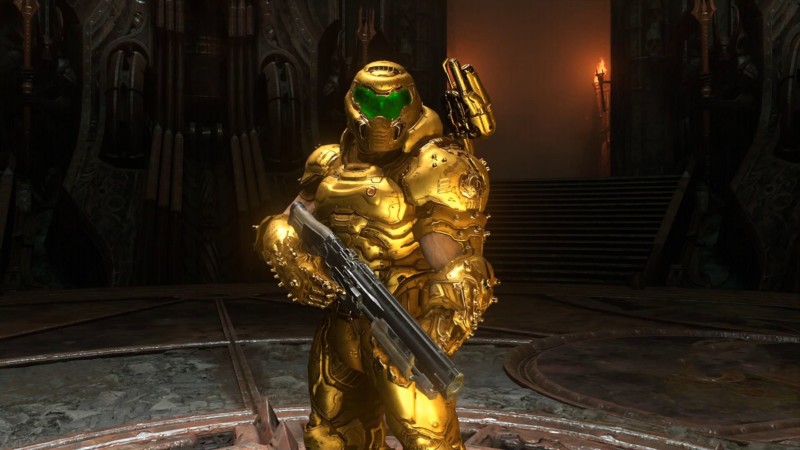 While Phobos only changes certain elements of your protective suit, this skin will change every piece of the set to a new stylish armor painted in a shiny gold hue. The best of the best Doom Eternal players earned gold armor after completing the single player campaign on Ultra Nightmare difficulty. You might think this sounds like a good idea, but keep in mind that you will only have one life on Ultra Nightmare, and if you die, you will have to start over. 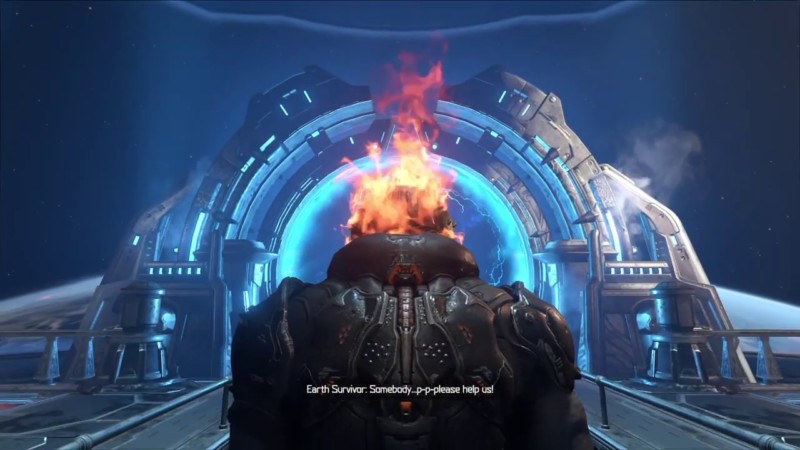 The skin lights Doomgai’s head with fire and paints the rest of his armor charred black. Unfortunately, you’ll only see the flames during the cutscenes, but the fact that hellfire surrounds his constant frown makes the Doom Slayer an even cooler guy (as much as possible). Unfortunately, the Ember skin was only available in the first series of the multiplayer mode and is no longer available. But many players hope that the developers will add it in the future. 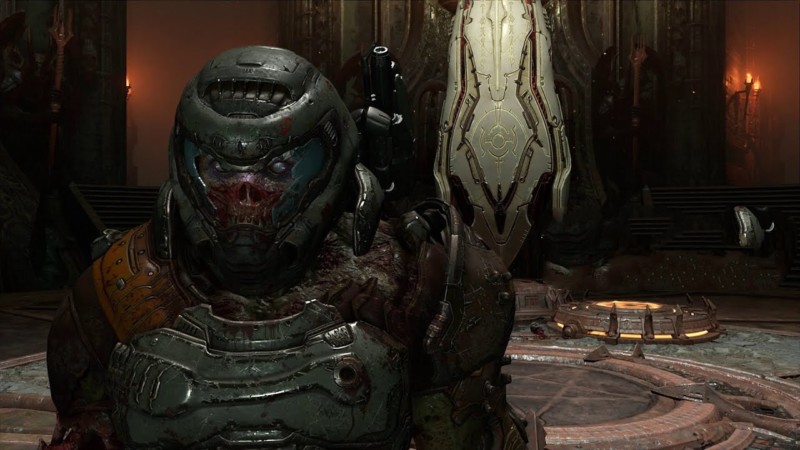 The Executioner of Doom is such a powerful and irresistible force that even death cannot stop him. The skin turns the hero into a living corpse, many parts of the armor and body look as if they were torn by claws. To get the zombie costume, you must subscribe to the Slayers Club, Doom’s official fan club.