A quick guide to Valheim for beginners: tips and tricks

Walheim is a huge world with many creatures and a harsh climate. In the main quest, the player will have to defeat bosses known as the Forsaken, but the main goal is to survive. The article tells the secrets of survival in this world.

Start small – make a house and a bed

You don’t have to reinvent the wheel to survive in Walheim. You just need to find a flat piece of land in the Meadows area, put a workbench, walls and create a bed. Home is a good place to hide at night, when more aggressive creatures appear and the weather gets harsher. 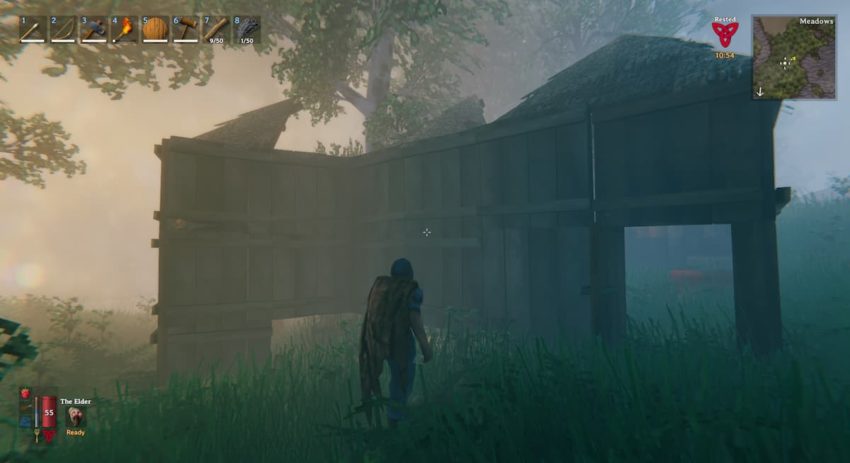 Another workbench will help you create armor, tools and a roof for housing. We recommend building a two-storey building with tiles to protect it from the elements. From time to time, a gamer will have to make a fire in the house to warm up the house. Just install a breathing duct or window next to it if you don’t want to suffocate with carbon monoxide.

Hungry? It’s time to go hunting, there are three main sources of meat: wild boar, deer and nix. The latter are small reptilian creatures, in their body there is only one edible part, this is the tail. Boars are aggressive and dangerous animals. They can be tamed, but it will take a lot of time and effort, so it’s better to just roast them over a fire and eat delicious meat. You can’t get close to the deer, you will have to attack from a distance, for this you need a bow or a flint spear.

For vegetarians, there are mushrooms, raspberries and blueberries. They also nourish the stomach, but not as well as meat. 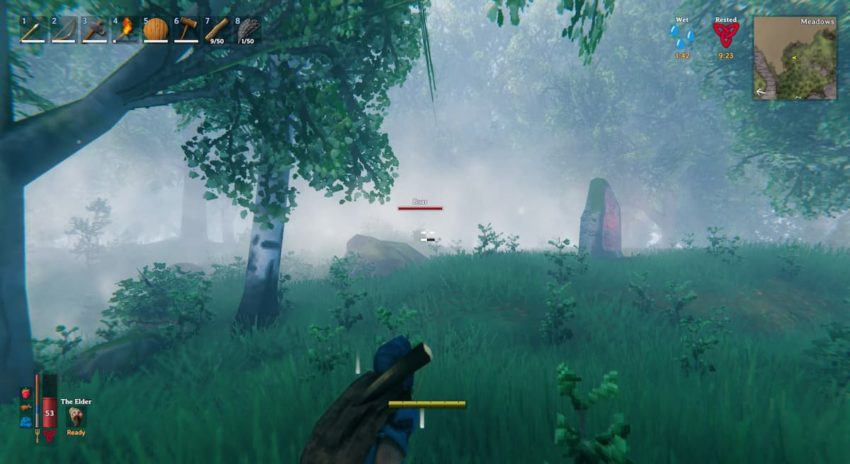 If you have played Minecraft, then skip this item. For everyone else, we will explain: here you cannot carry an infinite number of items with you, if their number in the inventory exceeds 300, then the hero will get tired and will move very slowly. In order not to get into such an uncomfortable position, you need to create chests and dump all excess pribluda there.

Nearly all buildings in Walheim require wood. If the gamer is not an environmental activist, then it is best to devote at least one day in the game to collecting this material. Throw all your tree into the chests, in the early stages of the quest it will be very useful. 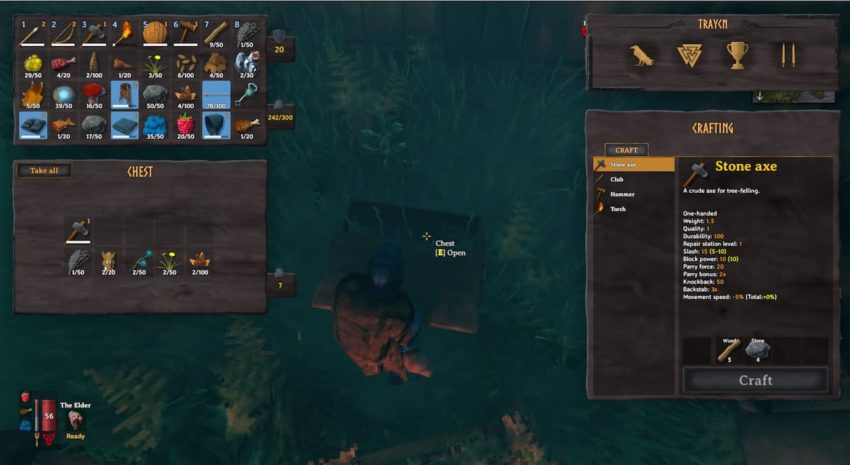 Kill the first boss of Eiktir

You can find out where he is from the runestone with which the game begins. Have you made a house, killed all the boars, cut down every tree? Time for epic battles. Use the altar and two deer trophies to summon. It is better to fight them from a long distance using a bow and spears.

After winning, the player receives hardened horns. They will be needed to create a pickaxe, and she, in turn, to assemble copper and tin. These are good starting resources, you should not spend them on obtaining weapons, it is better to make tools and armor out of them.

Walheim is too big to have just one house. Therefore, look for abandoned ruins and buildings, repair them by creating a workbench, a bed, a roof and walls – this way you can get your outposts. Everything in them does not have to be like in a real dwelling, it is enough that there are several chests where you can dump everything acquired by back-breaking labor. Outposts will help make travels longer, so you don’t have to run home when it gets dark. After the player learns how to create portals and fast travel will become a reality. 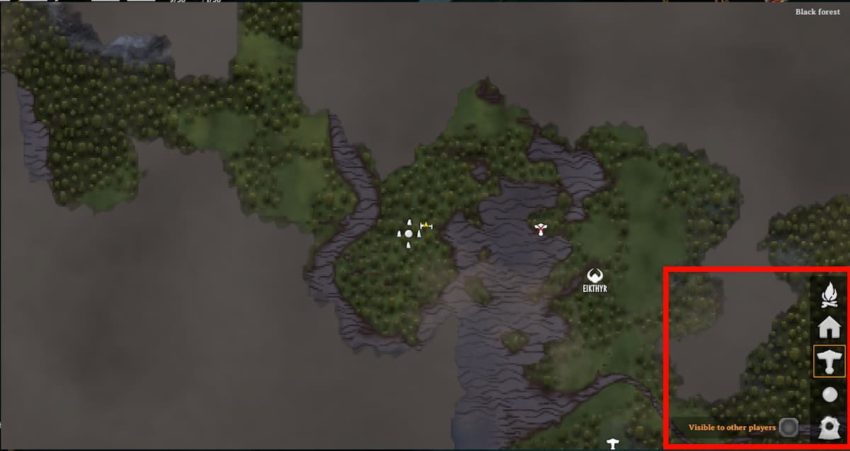 On his travels, the player will come across dungeons and troll caves that cannot yet be explored. In order not to forget where they are, open the cards and select one of the lower right characters. Click on the one you like and select the desired location. Thus, there will be more landmarks in the future.

Good luck to the researchers, conquer the world of Walheim and share your achievements in the comments.

How to open the secret door in The Medium’s Red House?