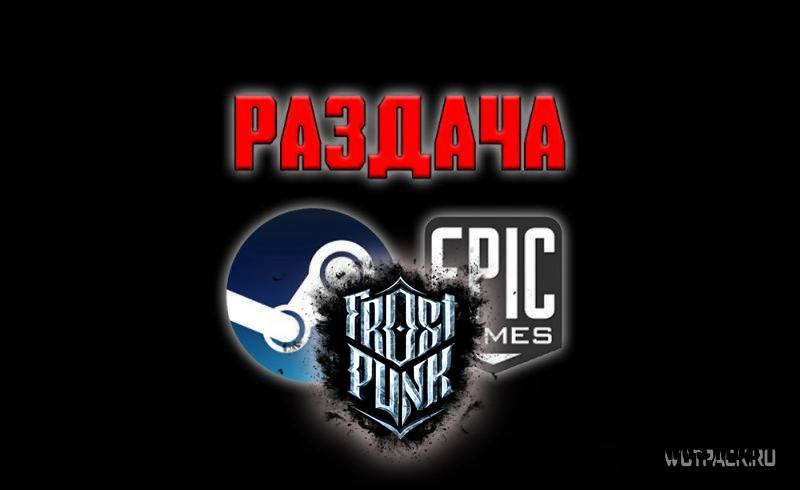 Today it is not at all necessary to pay for the game in order to enjoy the works of the developers and piracy has nothing to do with it. Content distributions go on endlessly, and even if you were unlucky yesterday, today there is again a chance to find entertainment to your liking. Sites such as Steam, Epic Games Store and Indie gala we are always ready to present to your attention many interesting projects.

Today we have great news for fans of virtual entertainment – gaming platforms are rolling out fresh content for which you don’t have to pay. Simply follow the links and download games for every taste.

The site remains the unchanged leader among content providers. You can go here at any convenient time and get several applications at your disposal for free. Some games will be a real discovery for you, while others will take a worthy place in the collection and allow you to look at the industry from a different angle.

Many generations of earthlings dreamed of colonization Mars, but so far this goal is still too far away. But not for the players in MARSS – here you can explore the red planet as much as you like. At the heart of this “Turkeys” there is a conflict and the user will have to extinguish it, ending the enemies forever. The product is distinguished by simple but funny graphics, it is interesting to watch what is happening on the monitor. Each enemy has its own characteristics, strengths and weaknesses, so you have to include analytical thinking.

According to the creators, when designing the game, they were inspired by the Cold War propaganda. The attributes of this disturbing time are presented in the form of cartoons, which adds a lot of humor to the gameplay.

And now we are transported into a world full of magic, where another powerful corporation is trying to impose its own laws. The villains hunt for crystals of power to increase their influence and kidnap the main character, Laudia… The corporation believes that the girl is an ordinary orphan who does not pose a threat, but this is a huge misconception.

You have to escape from captivity, go through several hand-drawn levels and overcome numerous obstacles on your way. Do not hesitate, go on an exciting journey and save the alternative magical world from oppression. The game Legend of Azcarth – this is adventure “turkey”designed by a group of students, where every detail was created with a soul.

Today, they are deservedly popular among gamers. “Survivals”able to give us a really hardcore experience. This time, the survivalists will have to demonstrate their skills in one of the hottest places in the world – Atacama Desert… You are the pilot of an airplane that crashed in this inhospitable territory. Surviving here is not easy at all – harsh climatic conditions will try to do the maximum damage to your health.

In Game Arid very little water, food and shade. The gamer will have to take care of a decent shelter, because there is a need to maintain an acceptable body temperature. You should master as soon as possible crafting systemto create items that are extremely difficult to survive without. The best friend of the player is the caves, because here it is easy to wait out the sandstorm and sleep, having regained strength. It is worth going to explore the territory and collect resources at night, when the sun’s disk sets over the horizon.

The Middle Ages is a dark time, saturated with the sweat of the knights and the blood of the victims of uncompromising battles. You have to walk the world with an iron boot and subject him to your power. However, while the user does not have weight on these lands, he will have to take care of the equipment and the thickness of his own wallet. And now you can think about how to hire thugs and create a whole army that will defeat any enemy.

The game Heroes of eldemor invites you to participate in online and cooperative battles. Invite your friends and go on a trip together – original medieval slasher at your service. Unfortunately, the project does not have Russian localization, but thanks to the intuitive interface, this problem can be solved to some extent. Also, users attribute its short duration to the disadvantages of the game.

We deal with 2D platformer… The plot will tell us about the tragedy of God Kamu – he was forced to give up great love in order to save his people. You play as a high priest entrusted with piece together the broken heart of a patron… In this difficult task, the essence of Kamu will help you, it will become the key to overcoming obstacles. Remember that platformer Kamu ‘s Offering Is not a simple walk, but a hardcore adventure that will make you start over many times.

It should be noted that each level is distinguished by an extremely pleasant drawing, designed in an African style. The developers have tried to make at the same time a complex and attractive game that will suit fans of the genre.

If you want to experience a lot of positive emotions and enjoy a vivid picture, Rubber Bandits: Summer Prologue Is the perfect choice. There is no need to think for a long time, develop an ingenious strategy and look for workarounds to success. It is enough to grab any object found in a small location and properly attach your own friend or random enemy to it. This approach to fighting games, of course, will appeal to even a discerning audience, because the scenery in which the action takes place is simply lovely.

Since we are dealing with a prologue, we can expect the game to continue to evolve, giving us even more fun characters, weapons and battle arenas. And you will enjoy a good fight for free, where awkward, but such cute models of heroes tirelessly sort things out.

No one can imagine what awaits a ferret raised by birds. This question is partially answered by runner Wild dive… Although it is difficult to attribute your hero to the feathered representatives of the animal world, he must demonstrate the ability to fly. At high speed, the character will sweep past intricate landscapes, and collect all sorts of interesting things as much as possible.

The advantages of the game include it dynamism and pleasant drawing of the scenery… There is no doubt that fans of the genre will be satisfied. The only negative is the lack of Russian localization, but flying around obstacles, you will still have no time to read.

If someone has a game name Hellevator seems strange, we assure you that this is just a hotel. True, it is located in the very underworld and is inhabited by creepy creatures who dream of eating juicy flesh. This 2D platformer – a real paradise for masochists, because it is simply unrealistic to go through it without death, the game mechanics itself pushes us to suicide.

After death, you can take possession of the body of another character, who will easily overcome the seemingly impassable puzzle. Your the main goal is to get out of the hotelusing your ability to reincarnate.

Today, the platform’s menu contains another secret game and a ton of additional content. The guys from the EGS are rolling out a starter kit for Rogue Company – you acquire capital that will seriously help at the initial stage.

Also, the user can get a completely free set of tests for Fortnite, after the passage of which you will find a truly pleasant reward. Offer for both games only valid until June 17, 2021, so do not put it on the back burner – take the gifts.

You can pick up the kits at this link

EGS Shares Wonderful Project With Players This Week Frostpunk from the creators of This War of Mine. The player enters the world where there is only cold, and he will have to make superhuman efforts to survive. In the passage you will constantly have to choose between your humanity and rationality. Saving lives or saving resources for future cold days?

Here you need not just collect and build, in this project people come first. Therefore, the player will have to establish laws, monitor the needs of the population and maintain order. An incredibly addicting, deep and interesting game.

While the site frankly does not spoil us, providing only one free game… However, we continue to track profitable offers and promptly inform the audience about them.

Incredible mix platformer, quest and Adventureswill definitely appeal to the audience. The game Chronology relies on an amazing visual component, all levels are decorated really juicy, it is pleasant to be in this atmosphere. Also, the developers tried to make an interesting plot, it turned out only partially, but the genre does not provide for deep stories.

You play as two characters, inventor and his companion, snail… The action takes place immediately in the past, future and present, so the ability to switch attention is very useful to the player. Characters have their own abilities and strengths. Develop tactics based on your capabilities.

Season of the Rock for CRSED FOAD

Lovers of this incredibly brutal and dynamic online shooter good news awaits – along with the next season, a large-scale update was released. We got not only an additional character, but also traps, abilities, weapons and other loot. Numerous improvements and fixes are designed to make battles more comfortable for players.

The best part is that the game CRSED FOAD completely free, so you can always taste it. Do not miss the opportunity to test your strength this season, because the product constantly presents new challenges to the audience.