Are expensive SSDs worth the money or is it a waste of money?

In short, yes, expensive SSD drives are really better than their budget counterparts and significantly. This is expressed not in any one characteristic, but in many at once. Between themselves, they can differ in read speed, memory types, stability of writing and reading data, the number of rewriting cycles. In general, the gap between the most budgetary and the most expensive SSD can be up to 100-200%. Another question is, do you need a really expensive flash drive, or is a regular flash drive good enough? Let’s understand the points.

Now we propose to consider the basic characteristics and features of devices from different price categories based on key parameters.

There are only 3 types of memory devices on the market today: 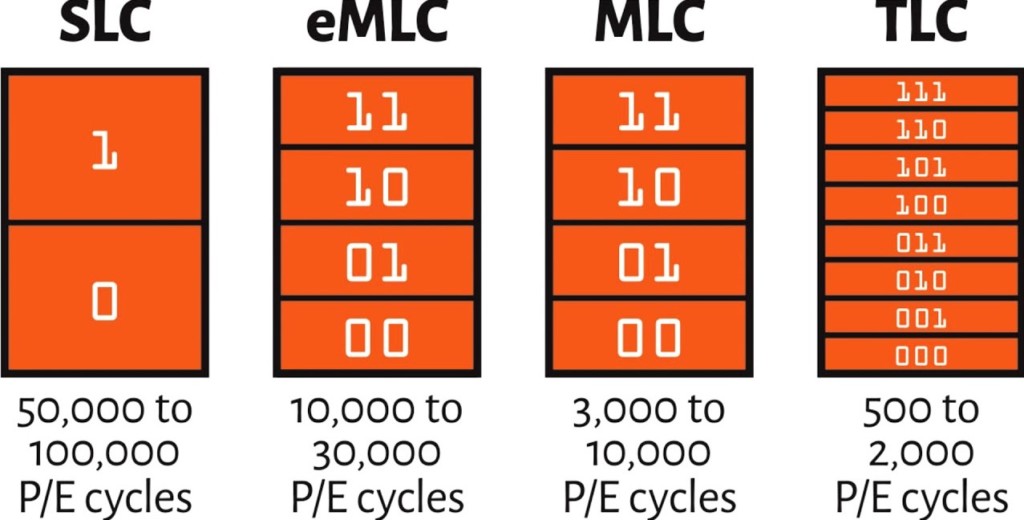 What conclusions can be drawn from the above? The MLC is the most preferred option in general. However, special cases need to be considered additionally, since today Samsung calls all disks MLC, in fact they use 3 bits in them, that is, they have already become TLC. In fact, MLC can be called any type of memory with 2 or more bits per cell, but this is a little confusing. At the same time, TLC from a good manufacturer can bypass by all criteria an analogue at a price with MLC only because of the difference in cost. With a small budget (up to 10 thousand rubles), this option will be even more interesting. We will talk in more detail about how the listed differences manifest themselves in the next paragraphs.

Recording speed is one of the most important parameters, but not everything is clear here. The fact is that the speed of reading and saving data on the MLC can reach 3300-3500 Mbps and even more. At the same time, TLC operates at a speed of about 550 Mbps. But in both cases, the specified speed cannot be preserved when copying large files. The maximum speed is observed only when working with a limited amount of data, since it uses the fastest SLC memory, a kind of cache. On TLC it is about 10 GB, and on MLC it may not be at all, but it is present on expensive devices. The specific volume depends on the capacity of the disk itself, it can be from 3 to 40 GB. 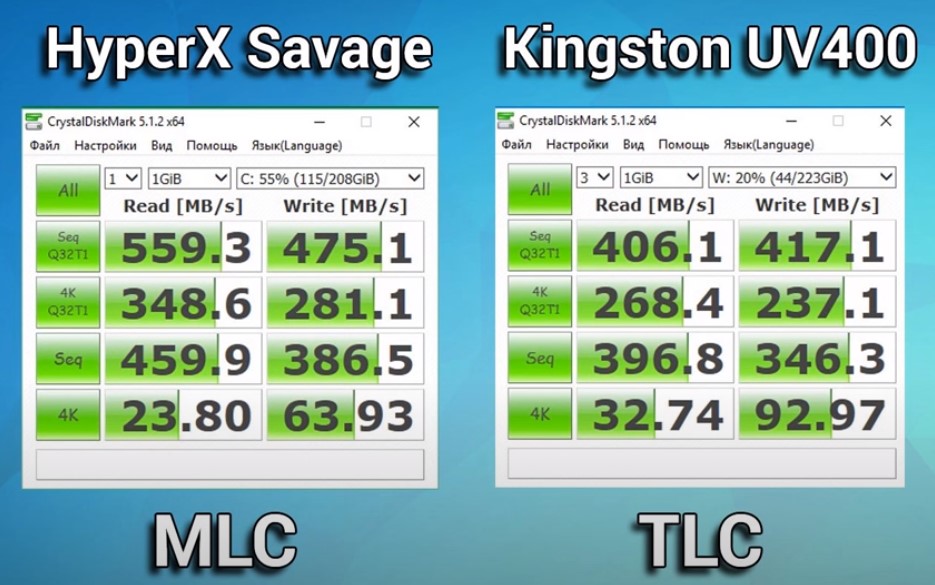 When copying large files with a capacity of 50 GB, the maximum write speed will be maintained during the copying of the first gigabytes of memory (commensurate with the dynamic size of the SLC cache). Then the speed will drop to workers, for an ordinary MLC – about 500 Mbps, for a TLC – about 100 Mbps. We discard a lot of conventions and peculiarities of situations so as not to confuse readers, these are very approximate values. That is, if you need an SSD for normal work, regular TLC will be enough, you will almost always work in the SLC cache zone. MLC is the best option for those who need to “digest” a large amount of data on a daily basis.

It is easiest to give an approximate number of rewrite cycles here. TLC has 1000 and MLC has 3000 cycles. In other words, the MLC, other things being equal, will be able to live much longer. This is a really important parameter for both the average user and business. 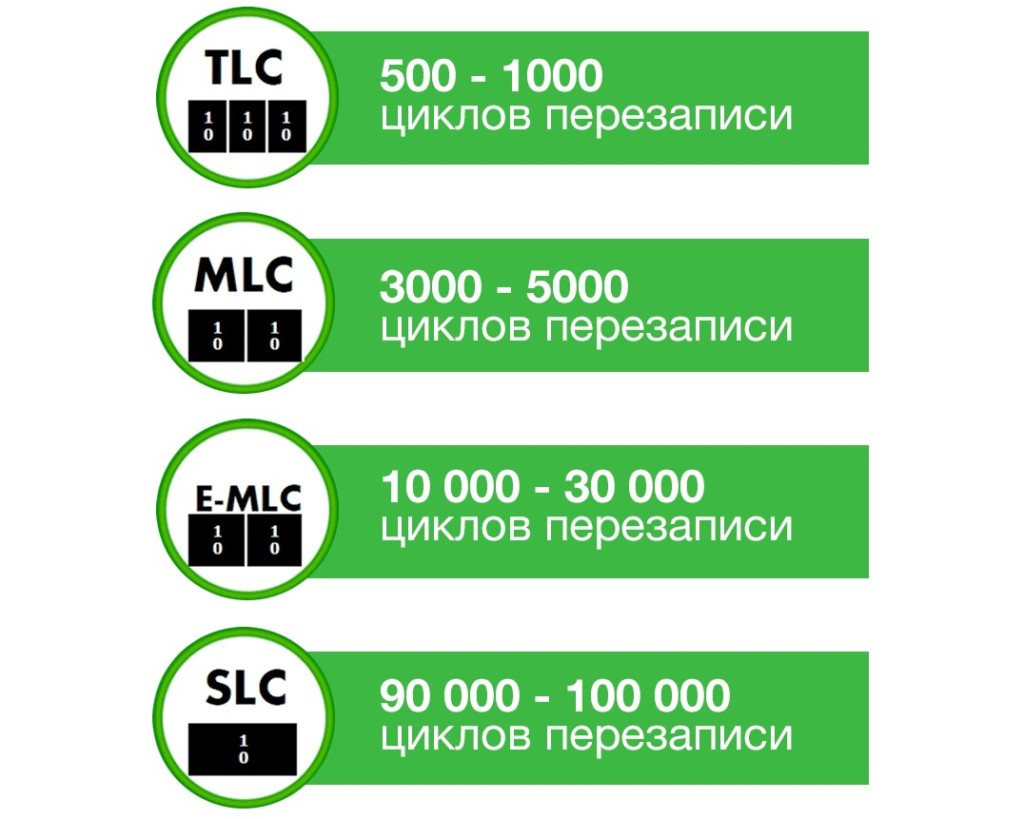 Is it worth overpaying?

Everything is individual, since there are quite decent SSDs on TLC memory and, with a limited budget, they completely cover the needs of users. SLC-cache allows them to work fast enough, ten times faster than HDD, while getting more memory in the same price category. MLC will be even faster, more reliable and more durable, it makes sense to overpay for this. Again, provided that there is a need for such prohibitive speed. If you are using your computer for office purposes, TLC will suffice. For some complex resource-intensive games, MLC would be a more interesting option. It is also worth overpaying for those who are professionally engaged in editing, game development, managing a large amount of data, etc.