The lore books in Assassin’s Creed Valhalla teach Eyvor new abilities, giving him access to special combat skills. These skills can range from ranged attacks to melee attacks, and when used properly, they give Eyvor superiority in combat, allowing him to defeat even the most powerful opponents. You can get one of these books of knowledge in Dunwick in East Anglia. 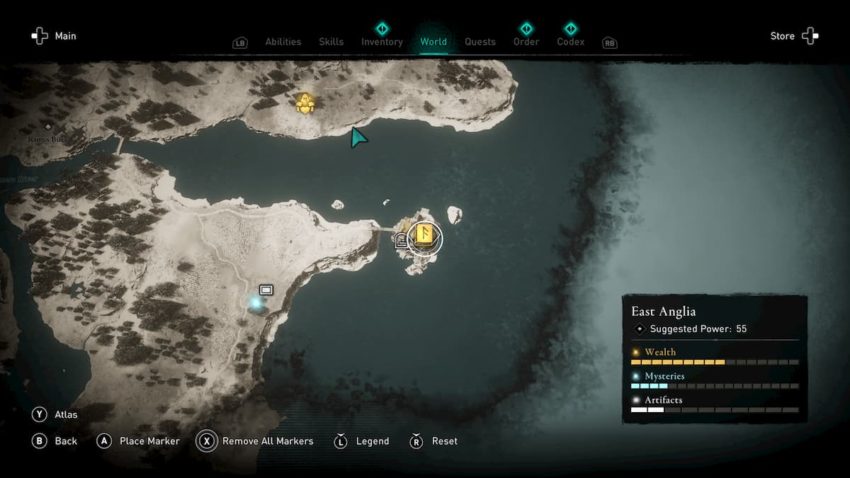 Where exactly is the Knowledge Book in Dunwick

Dunwick is a fortress full of enemies ready to defend themselves fiercely. So don’t expect a quiet walk. You can either try to sneak into the location unnoticed, or go straight through the gate and fight all the warriors in your path. According to the label on the map, the book is located in the very heart of the fortress. However, there are no doors or hidden passages nearby. The only way to get to the book of knowledge is to find a weak point that can be destroyed to get inside. Such a fragile place is next to the key, which, by the way, you will definitely need later.

We make our way inside the fortress and open the vault

Climb to the highest point in Dunwick and use Odin’s Gaze. You should see a key that will be guarded by an elite warrior armed with a two-handed weapon. After dealing with him, take the key from the table. In the same location, on the floor, you will find a weak point. Since it is a stone, you will have to use an explosive.

Find some oil jugs nearby, take one and place it on the stone floor. Then, moving away to a safe distance, shoot a fiery arrow into the jug. After the explosion, access to the room below will open. A door is hidden behind one of its walls, to go through it you need the key that you took upstairs, and behind the door is your prize. Dunwick’s Book of Lore will unlock Avor’s dash and throw melee ability. At the first level of the skill, you can pick up enemies and throw them into walls or off a cliff. The second level allows you to effectively finish off the stunned enemy by throwing into the wall.

The best detective games for PC and consoles