The choice of nearly two hundred melee weapons in Warframe can be somewhat daunting. Here we have compiled a list of the most successful options that will be effective and dangerous even in the hands of a novice player. 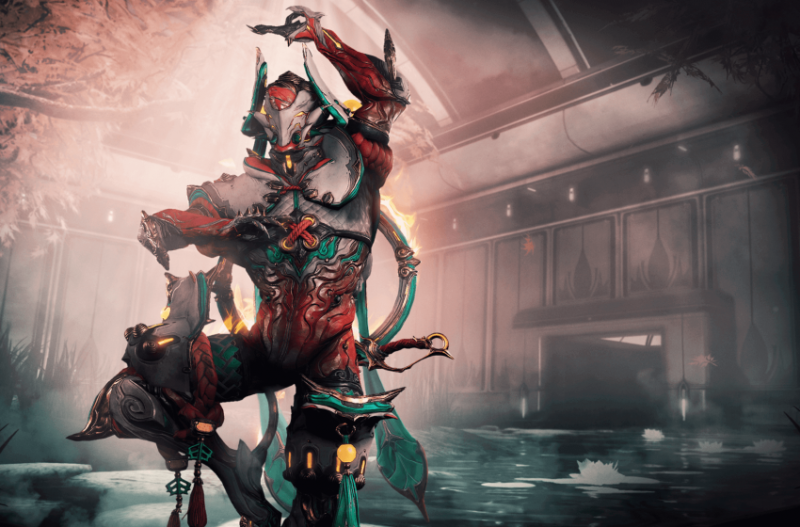 Ortos Prime is an excellent polearm. You need Mastery Rank 12 to use it, but once you’ve tried it, you won’t want to part with it soon. With a 24 percent critical strike chance, a 36 percent status chance and a 2.2x critical strike multiplier, it provides a variety of build options. You can rely on status or critical hits, or even a hybrid build of both. Stacking mods like Organ Crusher, Tempering, and Prime Pain Point will provide a solid foundation for critical damage, and Blood Replenishment and Body Meter complement this perfectly. Stance Shimmering Blight allows you to quickly create combos and deliver many critical hits against large groups of enemies.

Guandao Prime is another weapon that can deal insane damage with very little investment in Form. A spear with high base attack range, critical chance, and critical damage, when equipped with some range and attack speed modifications, will allow you to easily deal with multiple opponents.

The weapon gives you the highest base damage of all claws, combined with very high cut damage (141.0), high critical strike chance, 2.6x critical multiplier, and excellent attack speed stats. It also has the highest chance of status among the claws. In short, if you’re looking for a powerful clawed weapon, Venka Prime is definitely worth checking out. This is a good candidate for bleeding assembly, with mods for increased slashing damage, base damage, and status chance.

Huge slashing damage, critical strike chance, and critical strike multiplier values ​​combine to make Nikana Prime the best nikan. Combined with the Blind Justice Stance, it becomes a veritable death whirlwind. Combine weapons with range mods to destroy a large number of enemies. The Berserker mod will give you an increase in attack speed, and such mods as Blood Rush, which increases the chance of critical damage, and Excess Condition, which gives a bonus damage, come in handy.

Silva and Aegis Prime are powerful weapons that have innate fire damage, they work well with Berserker and Blood Rush. When blocking an attack, there is an increase in the status chance and subsequent critical damage. Modification for three different damage types and Over Condition Mods can seriously increase your damage stat.

Zo is a melee weapon class that offers so many capabilities, potentially powerful builds, and overall advantages over other weapons that it is almost impossible to talk about them separately. Just create different Zos and experiment with them through modifications. One of the most interesting components for Zo right now is the Plague Crypat blade, obtained through special events such as the Plague Star.

For a long time, this type of weapon went unnoticed in Warframe, but Melee 3.0 changed everything, and Reaper Prime is now one of the best melee weapons in the game. Like most of the other weapons on the list, it deals high slashing damage, has high critical values, and backs it all up with a pretty good chance of gaining status. The stalwart Reaping Spiral mod will add some win-win combos to your arsenal and give you a powerful tool for inflicting insane damage on powerful units.

Lesion is the second polearm on the list, but it deserves to be here. The spear has superior slashing damage, the highest status chance in its class, and a passive bonus that increases attack speed when you trigger status procs on an enemy. It also inflicts + 100% toxin damage, making it easy to destroy any armor if you modify the damage with the Corrosive Burst aura. This weapon works great with the Over-Condition Mod, and the Sacrificial Steel Mod, which brings the critical strike chance to almost 50 percent.

Redeemer Prime is the best gunblade in Warframe. Part of its appeal is that you don’t need to invest heavily in Form to make it a huge source of damage. It can reach 100% Status Chance with four Dual Stat Mods, and should also be paired with the Rage Mod for increased attack speed. Redeemer Prime allows you to switch between blade swings and bolt shots, blasting enemies with shockwave and explosive damage. The Bullet Dance stance will give you multiple firing-based combos, and best of all, being a melee weapon, the gunblade does not consume ammo.

A good alternative to the Redeemer is the Stanza, which is capable of inflicting some of the most severe damage among any weapon in the game in one hit. Although initially inferior in performance to the previous candidate, over time the buffs made this gunblade an excellent weapon. By building an assembly that takes advantage of heavy attacks, you will be able to successfully counter the toughest opponents.

Cronen Prime is a tonfa-class weapon. These twin blades have the second highest base damage, high cut, and the best critical strike chance and attack speed for the weapon type. Combining the Cronen Prime with the Independent Exile stance will result in a tremendous improvement in damage, even with a small investment in Form and a fairly standard build.