Warframe offers a wide variety of secondary weapons to choose from. Not everyone who decided to try himself in the role of Tenno will understand the complexities of the parameters and the unique features of this category. Most newbies prefer to focus on picking up primary weapons rather than paying enough attention to secondary ones. However, the game’s combat mechanics are structured in such a way that secondary and melee weapons are also of enormous importance. Here we have compiled a list of the most effective and useful auxiliary weapons in Warframe. 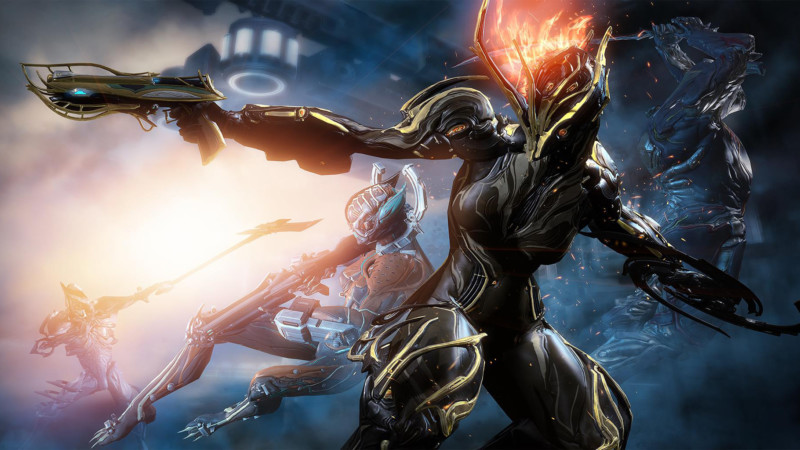 The pistol boasts the highest critical multiplier in the game, a very high status chance, innate radiation damage and a serious hit potential (the beam spreads to four opponents located near the target). He also has a 50 percent status chance and an incredible 100 points accuracy. This is perhaps the most useful of all Kuva Lich weapons.

The Sporomet can be the best kitgun in the game if you collect it correctly. The high potential of destruction in the area will allow you to fight off several opponents without any problems, although you will have to be careful not to fall under the influence of the toxic fog yourself. If you want to experiment with the Spore Launcher, you will need to collect the kitgun parts from the Father in Nekralisk.

Mara Detron is available for purchase from Baro Ki’Teer when he visits the Relay Station. It will cost you 200,000 credits or 500 ducats. The weapon has innate radiation damage, and when assembled for a 100% status chance, it literally mows down enemies. Just rely on a solid status build and you can’t go wrong with this powerful handgun.

You can get the Staticor at the Corpus Energy Lab, at the Dojo Station. Standard fire is a low speed projectile that deals area damage. Additionally, there is a charged attack mode, which will lead to a faster projectile and a big explosion. Pistols have innate radiation damage that instantly removes enemy shields. In many ways, the Staticor is similar to the mini version of the Lenz bow.

Since we are talking about mini-versions of the main weapon, it is impossible not to mention the Kitgan with the Kutchmun barrel. It can be built in the underground city of Fortuna, if you have enough reputation and the necessary components. This kitgun is the ideal weapon to accompany your primary sniper rifle.

Quickly killing three enemies in a row summons the Phantom Piran, making the weapon paired for a while. Combined with impressive slashing damage and critical strike chance, this handgun is the go-to choice for taking down high-tier opponents. The only downside is that you have to deal with a lot of recoil.

The fantastic equivalent of a shotgun shotgun, Yufona Prime can fire bullets or buckshot. Bullets are needed for aimed shooting at a distance, and buckshot will allow you to quickly destroy approaching enemies. Although the weapon occupies a pistol slot, in all respects it comes close to a regular shotgun.

The Pandero was introduced as Octavia’s signature weapon. The pistol offers great adaptability, depending on the threat you are dealing with. It shoots both in semi-automatic mode, if you want to use a high critical strike chance and damage multiplier, and in bursts, if you need to deal with multiple targets. It also has a lot of slashing damage, one of the most beneficial damage types in the game right now.

The weapon has a high base damage, showing an excellent balance between cut, punch and pierce. It has a 25% critical strike chance and 2x critical strike multiplier. The bursting nature rewards accuracy, so players with good aim and recoil control will be able to get the most out of this pistol. Mod “Fire Rate” will shorten the time between shots, which will improve the accuracy of automatic fire. It’s also worth noting that the high status chance makes this weapon suitable for hybrid critical / status builds.

The Harbinger is a single-shot pistol with a telescopic sight. It doesn’t sound very encouraging, but there is a nuance: a well-aimed headshot activates the Deathknell effect, during which no ammunition is consumed, the critical damage multiplier and the status chance increase. This is Harrow’s signature pistol, but works equally well with any warframe that has the ability to freeze enemies.

Clem pistols primarily attract attention with a spacious clip and an extremely high rate of fire. Not every secondary weapon is capable of firing 120 rounds without reloading in a matter of seconds. Although they have quite high recoil, this can be solved with the right mods. Also, the Gracats have an innate multi-charge and a 25% critical hit chance.

The Axtiletto Prime has been one of the best weapons in the game for a while now. Excellent accuracy, high hit damage (21.6 units), 15% critical chance and 30% status chance – all this makes these twin pistols very viable at any stage of the game. They also have two polarity slots for easy modification. Only enemies with strong armor can resist the firepower of weapons, but installing the appropriate mods will solve this problem.

The stream weapon fires a beam of plasma that can easily smelt any lightly armored targets into slag. Thanks to a chain reaction, Atomos hits up to four enemies if they are at a distance of no more than three meters (the distance can be increased by installing the “Destructive Stretch” mod). The pistol is the perfect choice for the Amber warframe due to its Catalyst ability, which increases its innate fire damage.

Akbolto Prime’s twin pistols have a base critical strike chance of 36%, which in many situations will be enough to reach the red critical hit level. Moreover, the critical strike multiplier is up to 2.8 units. When choosing this weapon, you should rely on critical strike and damage mods to get maximum firepower.

How to Get the Legendary Corporate Suit in Cyberpunk 2077

solutions for crashes, error LS-0013 and other problems