Getting familiar with the character development system in Cyberpunk 2077 can be confusing – the choice of options here is truly impressive. As befits such a massive RPG game, Cyberpunk 2077 offers a wide range of skill trees, which grow even more as you progress through the story. Therefore, in order to simplify the task and make the early stages of the game more comfortable in terms of gameplay, we suggest that you select the following five skills at the beginning. 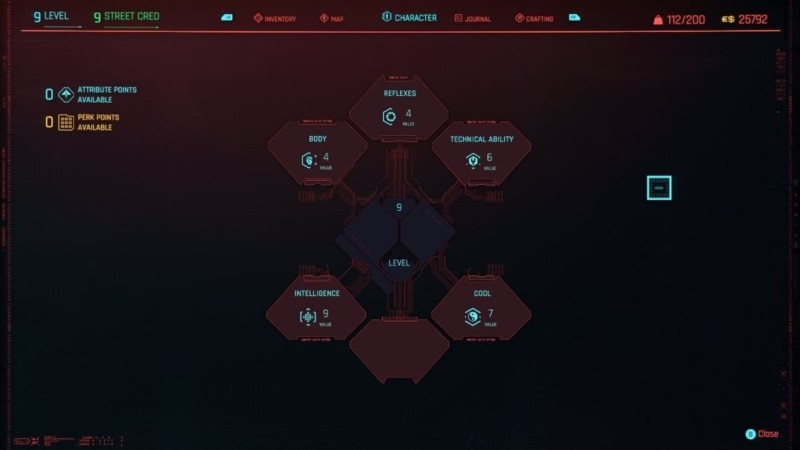 Regardless of which path in life you choose in the introduction, when things go wrong, your most reliable companion will be a rifle or a submachine gun. Hence, gaining the Bulletjock skill from the Reflexes section is important as it increases the damage done by this weapon.

Whether you just want to walk around Night City or head straight for a story quest, you’ll have to face enemies everywhere, and most of them will be humans. So we recommend investing in the Assassin skill located in the Toughness category, as it significantly increases damage against human opponents.

In Cyberpunk 2077, on the first playthrough, it is difficult to avoid critical situations when your health is at a minimum. And one of the best ways to prepare for the inevitable is to unlock the Regeneration skill in the Body section, which slowly restores V’s health during combat.

A good netrunner should be one step ahead of his enemies. The “Big Sleep” skill from the “Intelligence” category allows you to do this by turning off the surveillance cameras in the area for a short period of time. It’s worth noting that skill is extremely important not only in the beginning, but also in the later stages, as these cameras often detect you even if you can’t see the enemy. The camera not only gives the enemy your location, but also allows him to hack, causing significant damage. Regardless of whether you prefer to be stealthy or go ahead, gaining the Quiet Hour skill very early can save you health and time spent manually disabling security cameras.

You will notice that using quick hacks in Cyberpunk 2077 requires RAM, which you do not have in abundance. Since it takes a long time to recover RAM, you have no choice but to rely on your weapons in these combat encounters, thereby breaking the whole netrunner style aesthetic. To overcome this inconvenience, unlock the BioSynergy skill in the Intelligence section. This perk allows you to restore 4 units of RAM per minute during the battle.