Cyberpunk 2077 has a rather non-linear storyline, and its ending depends on the decisions you made in the key mission (and in the case of the secret ending, also on your decisions throughout the earlier aspects of the game). In this guide, we’ll show you how to get all the possible endings. 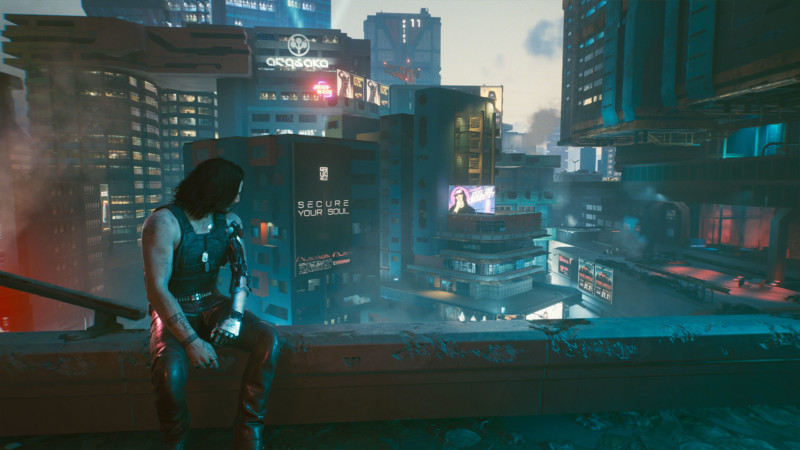 By default, the game has one ending that will be available to everyone within the main storyline. There are four epilogues that can be achieved when certain conditions are met. There is also a secret ending, the path to which is not obvious. And finally, there is a “bad” ending, which you too can choose at some point.

The default ending is “Where is my mind?” (devilish ending)

This ending is always available, regardless of whether you completed any side missions or simply followed the main story missions. It presupposes a willingness to cooperate with Hanako. However, if you want to get a trophy with this ending, you must definitely save Goro Takemura during the quest “Search and Destruction”.

On the balcony, during the mission “Nocturne Op55N1”, you must select the option “Trusting Arasaka is risky, but worth it,” in the dialogue, and then take omega-blockers. There are two possible options for completing the epilogue, they will become available after entering the space station, where the main character will undergo an operation, and then they will investigate him with a series of tests. Eventually Hellman will appear and offer you a contract. You can sign the contract or refuse. Consent will keep your mind in the form of an engram just like Johnny’s, and reneging on the contract will result in you being sent back to earth, where V will die from irreversible brain damage within months.

To get the achievement, we advise you to reveal the secret hidden inside the Rubik’s cube during the tests.

Star Ending – Along the Watchtower

This ending depends on Panam Palmer side missions. You need to complete her missions to make an alliance with the nomads of Aldecaldos, and you have to do it to the point of no return in the main story, which is the mission “Nocturne Op55N1”. When you are on the balcony with Misty and Johnny, you will need to call Panam. Select the option “I’m going to ask for help from Panama” in the dialogue, then take omega blockers. You will end up with a chain of missions that ends in Belly of the Beast. Kill Adam Smasher, then interact with AI Alt. Select during the conversation the line “I want to live the rest of my life”, and then enter the well.

Choosing this ending means Johnny will remain in cyberspace, and V will return to his body and leave Night City with the Nomads and Panam Palmer. Basically, this is the best ending if you have an affair with Panam.

By the way, after defeating Smasher, we recommend that you save in order to be able to quickly get another ending – “Moderation”.

The process for reaching the ending is exactly the same as the steps above, except that you choose to cross the bridge into cyberspace while inside Mikoshi, Arasaki’s digital fortress. If you do this, V will remain in cyberspace and Johnny will be able to live in his body.

The next path is closely related to Johnny’s past. To complete it, you will need to complete the entire Beast quest chain. In addition, you will have to agree to let Johnny take control of V’s body so that he can talk to the Bestia, and then complete the side missions “In the Footsteps of the Past” and “Old Drama”.

If you did everything correctly, on the balcony you will have the opportunity to call the Beast for help. You will also need to take pseudoendotrizin to transfer your body to Silverhend. As a result, Johnny and Bestia will again go to the assault against Arasaki, repeating what they already did many years ago.

The finale has two potential offshoots:

When V is on the balcony, do not choose any of the options and just play for time. After about five minutes, Johnny, assuming that you don’t want to endanger anyone, will offer you a new solution – go to storm Arasaka alone.

It is worth remembering that this development of events will only become possible if your level of relations with Silverhand reaches 70 percent or more. To do this, you need to support Johnny throughout the storyline, as well as reconcile him with Carrie and Bestia. The conversation with Johnny at his grave seems to have a particular influence on getting this ending.

“Path to Glory” is one of the most difficult endings, it can be said that this is the real definition of the Legend of Night City. The mission is a solo raid against the tower of Arasaka, with no respawn option. You will need the best equipment and a high level of character leveling in order to have at least some chance of survival. On the other hand, a heroic death during a raid is a spectacular ending that will turn V into a legend. If you manage to get through to the end, you, as in the previous endings, can either enter the well inside Mikoshi to get the classic ending of the Path of Glory, or go with Alt to get the “A New Dawn Dies Out” ending.

Regardless of the outcome of the mission and the decision made, Bestia, as well as all of V’s and Silverhand’s friends, will remain alive.

When you make your choice during the mission “Nocturne Op55N1”, you will have the opportunity to reconsider your opinion. Tell Johnny that you want to get it over with now, and then pick up the gun. This ending is interesting in that it will lead to a lot of phone calls from V’s friends during the closing credits.