In many of the previous games in the Total War series, gold was the primary resource. However, in the recently released Total War Saga: Troy, players need to pay attention to not one, but as many as five resources, each of which is necessary for certain tasks. You will never be a big shot in Greece if you don’t know how to manage these resources. Fortunately, in today’s guide, we will tell you in detail how to do this … 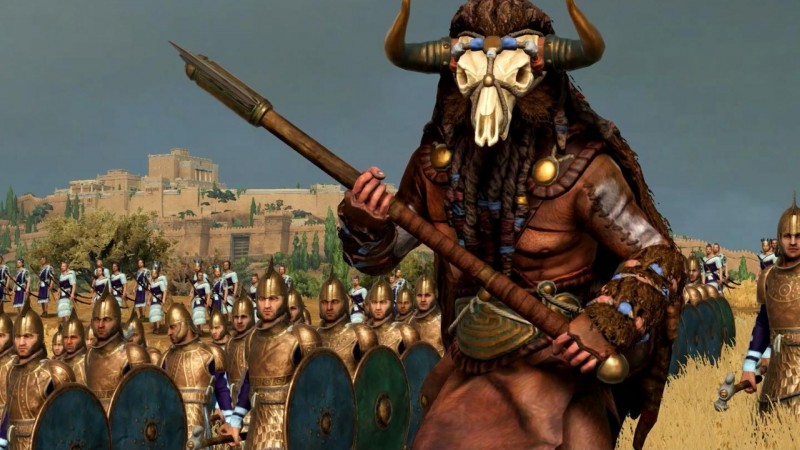 Let’s take a closer look at each of the five resources available in Total War Saga: Troy.

Your Greek empire cannot flourish or even exist if you do not have an abundance of provisions, or in simple words, food. Thanks to the provisions, you can recruit soldiers and keep them in a satisfactory condition. Regular units are always recruited with provisions, however, you will need a little more food to recruit and support the elite. Among other things, food is necessary for offering to the gods in order to receive blessings from them and, as a result, useful bonuses. That is why try to stock up on food as much as possible so that you have enough not only for fighters, but also for sacrifices.

It is not difficult to guess that you will mainly need wood to build a variety of buildings. Most of the buildings in the game are constructed and improved with wood, however, some buildings may require you and other resources. Wood is one of the basic resources in Total War Saga: Troy, the value of which will always be at an extremely high level. The more your empire is, the more wood you will need.

As with wood, stone is used during the construction of certain structures, usually high-level ones. If wood is ubiquitous in the game, then stone is a rather rare resource. In 80% of cases, wood reserves will exceed stone reserves, and therefore do not worry too much that you are lacking this resource – everything is as intended.

Bronze is an even rarer resource in Total War Saga: Troy. Bronze is used when training elite fighters and equipping them with the appropriate equipment. Therefore, if you want a strong army, stock up on bronze as much as possible.

Gold is without a doubt the rarest resource in the game. As with bronze, you will need gold to train and equip elite fighters. In addition, gold will be used to perform various actions by your agents, as well as for certain diplomatic actions. Gold will help strengthen your empire and expand your area of ​​influence.

How to track available resources

Why can some resources go negatively? The answer is that its consumption is too high. Goes into the minus provisions? You drifted a little while recruiting fighters. Is the wood going away? You started building or upgrading too many buildings. It is clear that you do not need to panic right away if any of the five resources began to go into negative territory, because this is quite normal, but do not forget to glance at the scales from time to time so that you do not inadvertently completely go into negative territory.

Let’s take a look at five options for maximizing resource reserves with you.