Helpful Tips for Beginning Ghosts in Ghost of Tsushima

Ghost of Tsushima is a real find for all fans of Akira Kurosawa’s films and action-adventure games. Nevertheless, the ghost of Tsushima may seem like an unrealistically difficult toy for some players, especially those who are not particularly fond of games in this genre. It is for this reason that we decided to write an article with useful tips for beginner ghosts.

It would seem that the choice of a horse should be approached with great responsibility, at least this is how we were taught by a certain western game from some rock stars. But Ghost of Tsushima is not a cowboy game, so the choice of horse doesn’t really matter. Choose the horse that you like the most.

Countless resources can be found on Tsushima Island. One of the types of these resources is the so-called “supplies”. Some of the supplies will lie in plain sight, for example, in living quarters, near fireplaces and sanctuaries, or on the corpses of killed opponents, while others will be hidden in secret places, away from the eyes of scattered players. We guarantee you that at first you will simply ignore the supplies, but know – this is a big mistake. In the early stages of the game, supplies are not so important, but in the future you will need them to improve the available equipment. Do not ignore the supplies, otherwise you will make the passage of Ghost of Tsushima much more difficult for yourself.

As you progress through Ghost of Tsushima, you will gradually unlock special attacks that will help you deal more effectively with different opponents. All of these attacks consume the determination of Jin, the protagonist of the game. Do you know what else consumes determination? Treatment. Do not rush to spend all your determination on specials. attack, or better save it to heal Jin. You never know when you might need it. Plus, try to collect amulets that heal the protagonist out of combat. 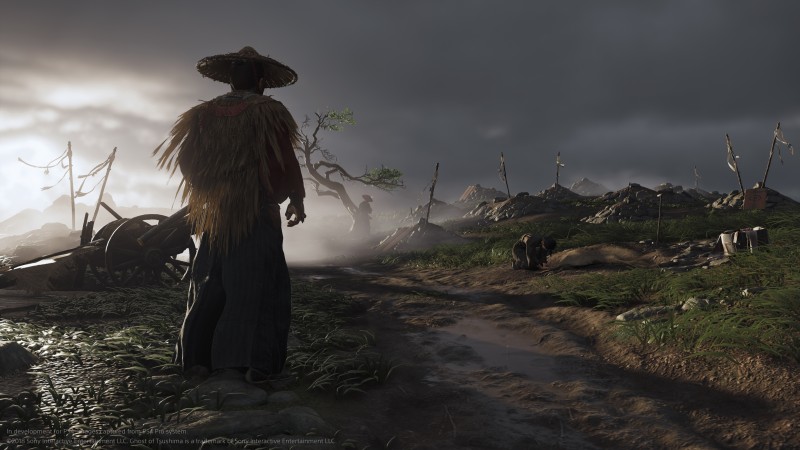 But what about the snowy terrain?

As soon as you get to the north of the map, covered with snow, you will stumble upon a certain area, which will supposedly be inaccessible to you due to a snowstorm. One would think that in order to enter this section of the map, it is necessary to acquire some kind of insulated suit or special equipment, but this is not entirely true. The northern part of Tsushima with the mountain will become available to you during a special mission, which becomes available after the story of the musician Yamamoto. Be aware that this mission is optional, and therefore some may easily miss it.

The protagonist of Ghost of Tsushima has adhered to the samurai path all his life, but you absolutely don’t need to do this. It is not necessary to constantly enter into direct confrontations, to meet each enemy head-on. If you want to get rid of someone secretly – please, the choice is yours. The fact is that this will not affect the plot in any way: Jin Sakai will somehow become the ghost of Tsushima. Therefore, we take up the bow, kunai, smoke bombs and other weapons of the ghost, and do not get hung up on the path of the samurai.

Speaking of smoke bombs, try to use this very useful ghost tool as often as possible. Smoke bombs are useful not only when fleeing, but also for killing multiple opponents at the same time. Become an extremely deadly contraption when the player gains access to Ultra Ghost. 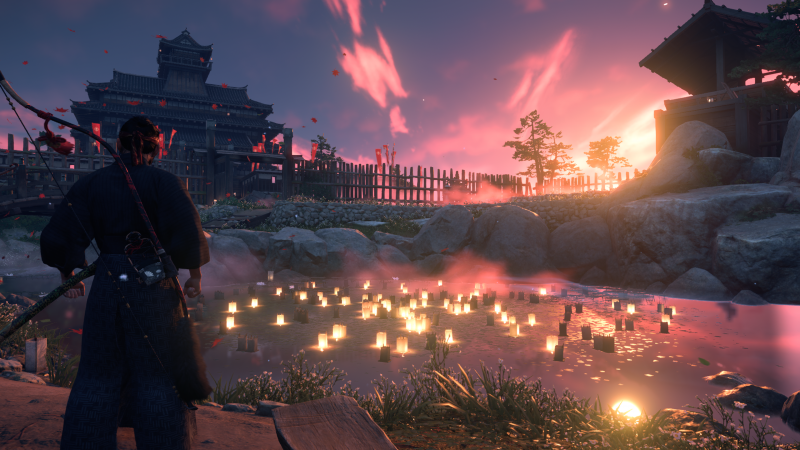 “Ultra Ghost” opens somewhere in the middle of the Ghost of Tsushima storyline. With this ability, you can finish off two or three enemies at a time without taking a drop of damage. “Ultra Ghost” can be used both in open combat and in stealth mode. She will also be extremely useful in duels.

Few people know about this, but changing stances during duels is not very important. No, you read everything correctly: the stances that you almost constantly change during fights with ordinary opponents will not give you any serious advantage over, so to speak, the boss. It is enough to use a stance against swordsmen or shield-bearers – you will be in perfect order. However, some players have a completely different opinion. In general, experiment with racks and draw conclusions.

There is no point in perfectionism

It’s important to note that there is no need to worry about completing all available content in Ghost of Tsushima. You can easily complete all side missions and activities in the game after completing the main story. The same goes for collecting a variety of collectibles.

Guide to finding hot springs in Ghost Of Tsushima