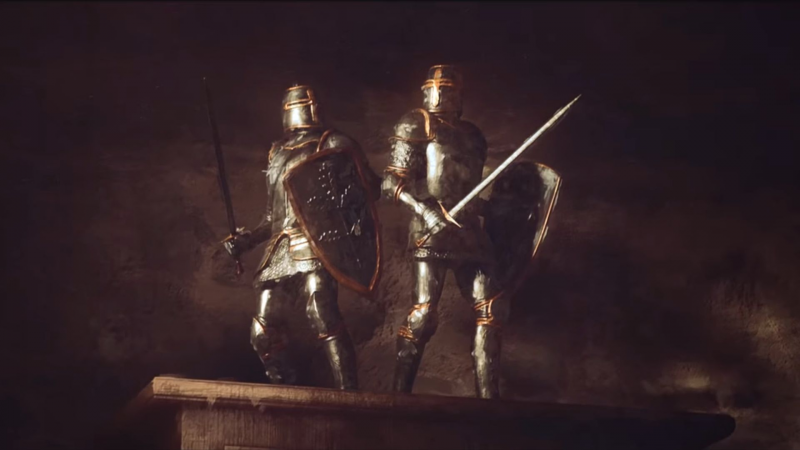 Crusader Kings 3 is a 4X medieval strategy game that focuses on the medieval lifestyle. Nevertheless, the possibility of crusades is present and, interestingly, it differs slightly from a similar option in the previous game, Crusader Kings II.

The declaration of the Great Holy War begins only at the onset of the X century, as it happened historically. After the start of the crusade, the characters take an oath to join him. After that, they will have to send their armies to the destination of the campaign. If the player for some reason refuses to fulfill the promise, his ruler pays for it with public opinion.

The Crusades window is generally similar to that of the Crusader Kings II game. The player has the opportunity to donate a certain amount from his treasury to the crusade, receiving in exchange for piety and other pleasant bonuses. Participating in or contributing to these events is one of the most important sources of character development.

When sending troops on a crusade, the player also chooses who will receive the titles if the military venture is successful. The available characters usually belong to your dynasty. Success in the crusade gives them land, wealth, and more, depending on your contribution. The ruler himself, after winning, also receives many points of faith, money and fame. 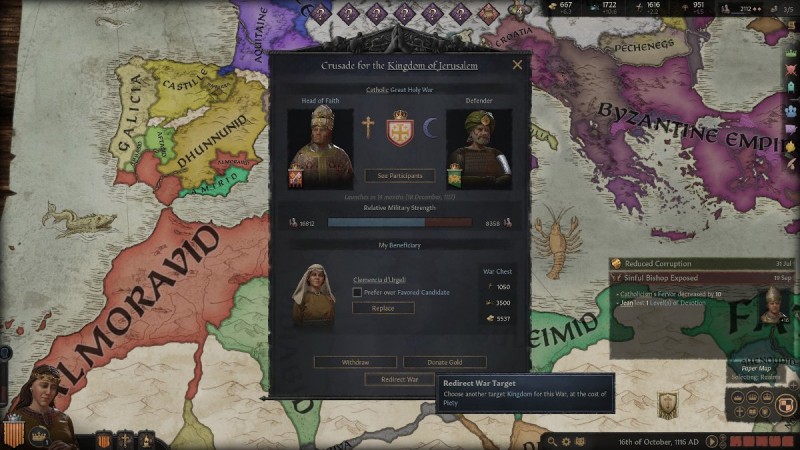 Pagans can also get the opportunity to declare Great Sacred Wars. To do this, the player needs to reform the existing religion and become its head. When the pagan faith becomes organized, principles can be chosen that allow holy wars. These include: Warmongering, Armed Pilgrimage, and Struggle and Submission. If any of these principles becomes available, then the player is given the opportunity to start a war using the casus belli of the Great Holy War.

On the other hand, it’s worth mentioning that reforming the pagan faith allows the player to choose between Directed or Undirected Crusades. If there is a temporary chapter of faith, the character can either choose a specific goal of the crusade, or simply launch it, letting the search for goals take its course. A similar mechanic works in the case of Catholicism.

The Muslim call to arms usually sounds shortly after the success of the first crusade against an Islamic goal, usually the Jerusalem crusade. When that happens, Islamic faiths may receive pop-ups calling for the return of lost territories in Arabia, Egypt and North Africa.