How to create elixirs in Windbound 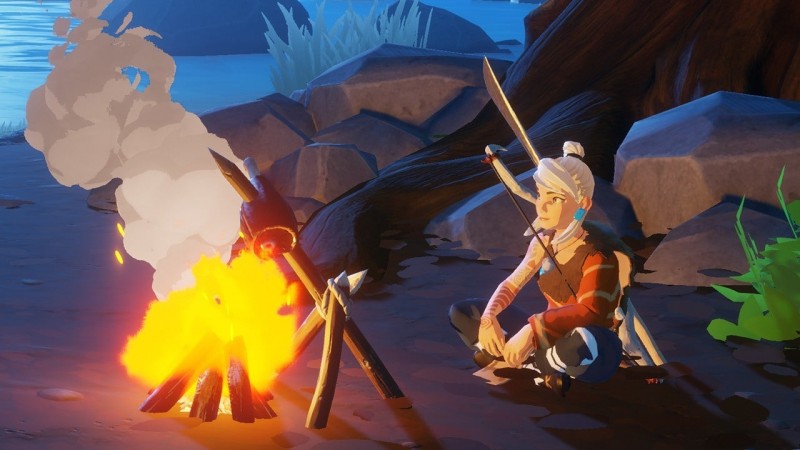 In the adventure survival simulator Windbound, released today on all popular gaming platforms, the player is invited to try on the role of a young warrior Kara, who found herself on an uninhabited archipelago. The gameplay is based on three main components: archery, resource search and crafting. Only by improving her skills in these aspects, Kara will be able to gradually advance through the story in order to uncover the secrets of the Forbidden Isles. Elixirs play a special place among the created items. Thanks to them, you can increase stamina, speed, quickly replenish health or receive bonuses to attacking abilities.

To create elixirs, certain ingredients are required. The first step is to collect more clay and raw metal. The next step is to make two fires, on one you will need to create an earthen stove, and on the other a metal one. The Clay Oven will allow the creation of Clay Pots, which will later be used to store cooked potions. A metal furnace is needed directly to create them.

Having made several clay pots, you can start creating elixirs. Each potion has a unique effect, so given your limited resources, it is worth deciding in advance which ones will suit your playstyle. Below is a list of the ingredients needed for each potion and their location.

Restores your health slowly over a long period of time.

Significantly increases the rate of endurance recovery over a long period of time.

Increases walking and running speed for an extended period of time.

Significantly reduces damage taken from poison, and the time during which it acts on you.

Temporarily increases the rate of fire of ranged weapons.

Temporarily increases the damage of your ranged weapons.