How to defeat the Kraken in Sea Of Thieves?

One of the scariest encounters in Sea Of Thieves is the battle with the Kraken. Especially when the players are not ready for a full-fledged battle with him. The monster has tentacles and looks like a giant squid, which is able to tear to shreds any ship in the virtual world. The first chance encounter with this creature can shock even hardened pirates, so it is important to know all the intricacies of the battle with the Kraken and its weaknesses.

It should be remembered that the appearance of the Kraken is a world event, that is, at this moment no other events are taking place in the game. The fact that the monster chose our ship to attack can be determined by the dark water around the ship. After that, tentacles will begin to appear from the bottom, inflicting on the galleon and the team. It is worth noting that each of them has one of four specific attacks:

The number of such outgrowths that must be killed in order to win the battle with the Kraken depends on the size of the ship. For a sloop, you need to destroy from two to three tentacles, a brigantine from five to six, and a galleon from seven to eight.

How to avoid the Kraken’s attack? 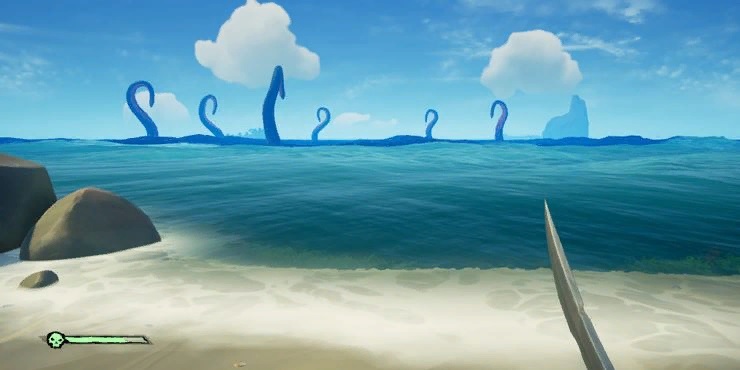 There are several ways to avoid fighting the Kraken. The attack takes place in the middle of the open ocean, therefore, by swimming in coastal waters, as close to land as possible, you can avoid encounters with the creature. Also keep an eye out for other world events. If another global event is displayed on the map, the Kraken will not spawn. As mentioned earlier, it only appears when nothing is happening in the game. In addition, the chance to meet a monster depends on the number of gamers on the server. The more of them, the, respectively, less likely to meet with a creature.

If an attack on the ship begins, the best option to avoid the battle is to turn 180 degrees and try to leave the dark water area as soon as possible. This may require some effort, as the current is dense and difficult to get out of. If the tentacles have wrapped around the ship, all that remains is to get into a boat with oars and sail away on it. As a rule, the Kraken will not attack those in the boat, but the ship will be doomed.

How to defeat the Kraken? 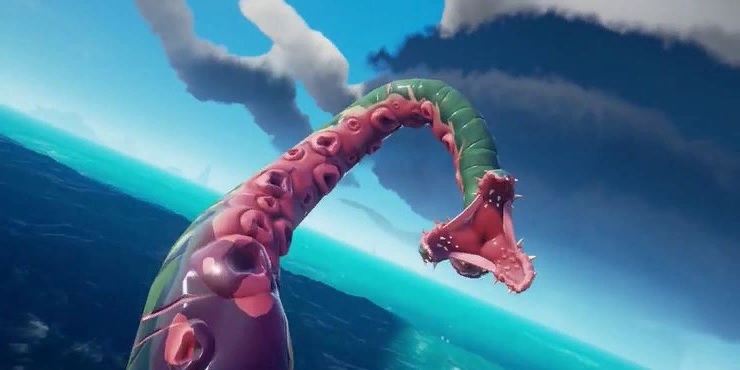 If the players still decide to give battle to the insatiable monster, they have to thoroughly prepare. First of all, of course, you need to stock up on a large number of cannonballs, incendiary shells and food for healing. To inflict the greatest damage, you should wait for the “mouth” of the tentacles to open wide. These piercing shots inflict as much damage as possible.

When attacking the absorbing tentacles, the best solution is to take cover in the hold. However, in the chaos of battle, you can easily find yourself in the mouth. In this case, it is necessary to inflict damage with sabers and pistols, and the allies, in turn, must shoot at the tentacle from the cannons. It is also worth keeping an eye on what is happening around. Often in the heat of battle, a ship can be attacked by other players, skeletal ships, or giant megaladon sharks. The larger your team, the greater the chance to emerge victorious from the battle.

Rewards for defeating the Kraken 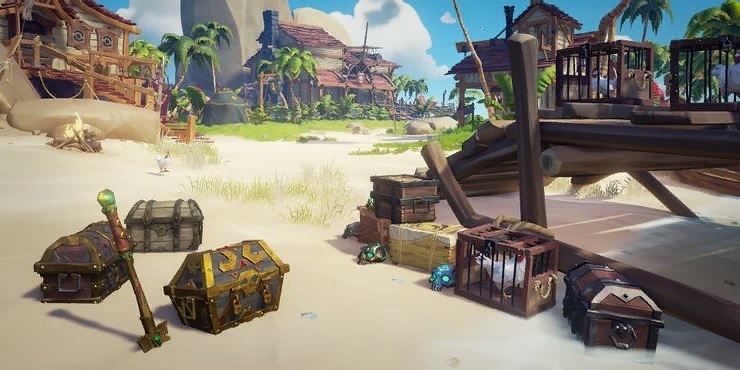 During the battle, the tentacles of the kraken will drop 1 piece of meat and 1 to 2 items of loot. These can be treasure chests, skulls, and any other items, including equipment and weapons. Kraken meat is a great food as it restores 100 percent health and provides 50 percent regeneration for the player if cooked correctly. A ready-made dish can be sold for 450 gold.

A quick guide to resetting a character in The Outer Worlds