In Mondstadt, in the Dadaupa gorge, there is a location with a rather interesting quest. The area is easily recognizable by the large number of swords in the water and the barrier between the trees. Attempting to walk through it will result in repulsion. There is an NPC near the barrier, who will instruct you to break the seal that holds the barrier. However, the description of the quest is rather vague, and does not reveal the essence of what needs to be done. 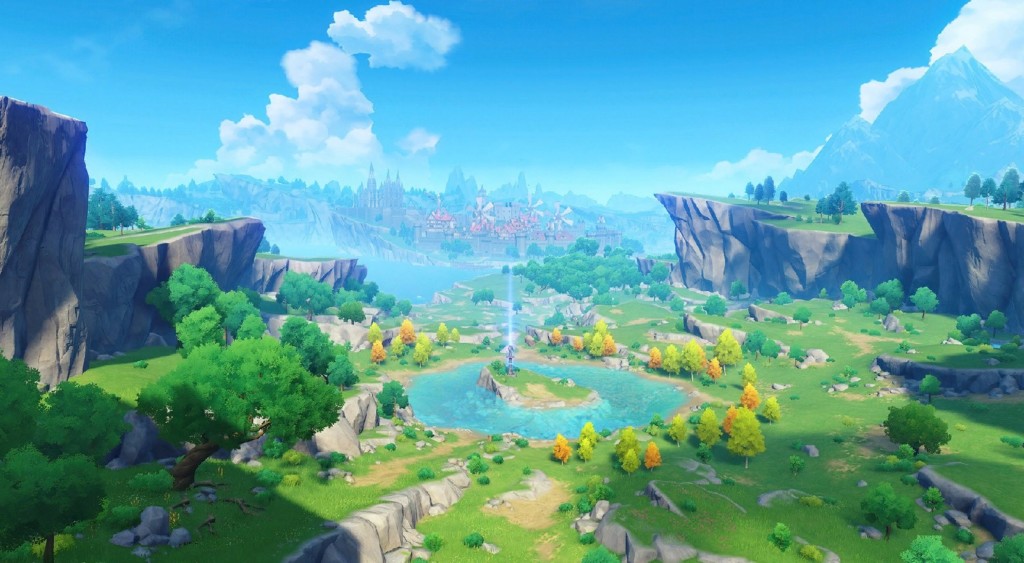 To break the barrier, you need to visit three places marked on the map with an exclamation mark icon. In each of these locations, the player will have to destroy the totem that energizes the seal in the graveyard. It is well guarded, so you have to prepare to fight the mobs. 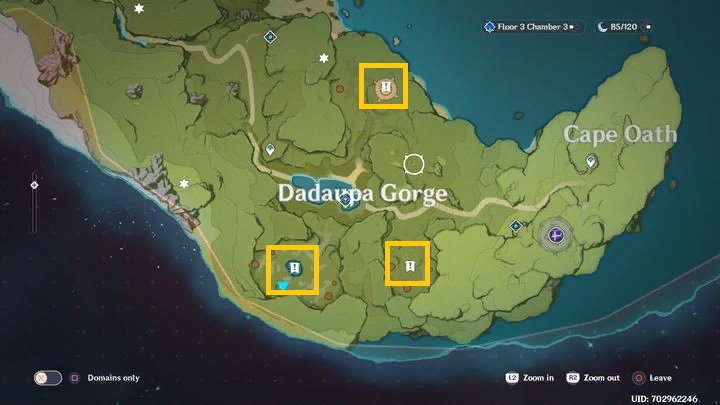 In the northern camp there is a large arena, entering which will begin the test with confronting several waves of opponents. Time to fight is limited, so hurry up. After the destruction of all enemies, you need to choose a character with an ice skill, and use his abilities on the totem.

Next, you should go to the southwest to pass the next test. Here, the principle of combat will be slightly different, because the amulet is guarded by a mini-boss with a shield. The fight with him is not the most difficult, moreover, the duel takes place in water, so you do not need to apply the effect of water to create a combination. However, arrows placed in a circle can be a problem, it is better to eliminate them first.

After defeating all opponents, switch to a character with electrical abilities. Then use the skill on the totem to break the second seal. 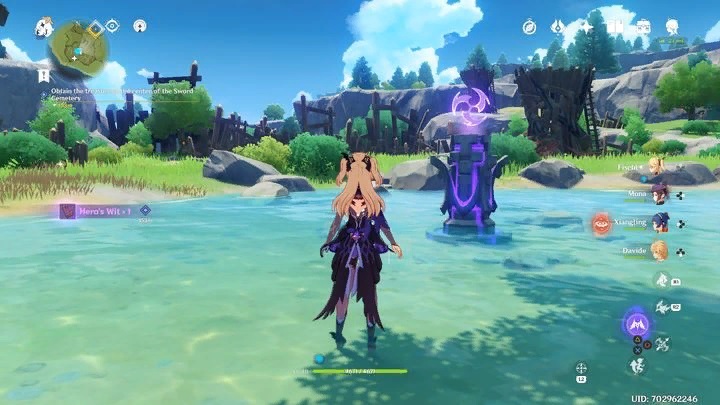 When going to the third camp, you need to change the character to one with fiery abilities. The campsite in the east is not as well guarded, so the battle will be faster. Enemies should be lured closer to the totem and use fire attacks on them. Thanks to this, the protection of the amulet will gradually weaken until it is completely destroyed. 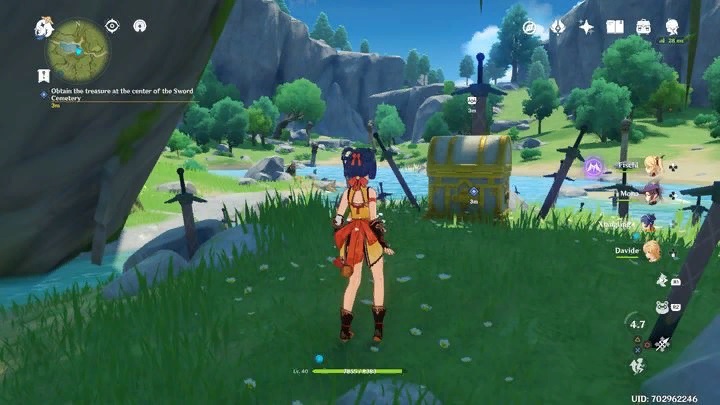 Now it remains to return to the Cemetery of a Thousand Swords to make sure that the barrier is broken and access to the Luxury Chest is open. It contains a large number of items and is useful. In addition, by opening the chest, the achievement “The best sword in the graveyard” will be obtained.