How to survive orcling raids in the Survivalists 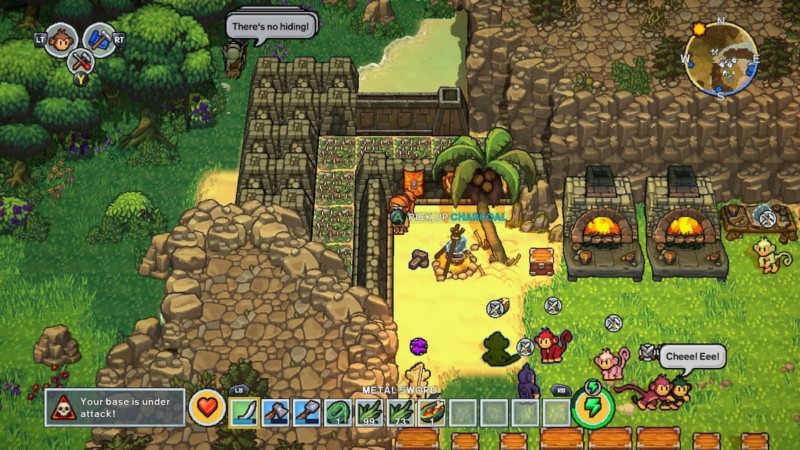 Among the dangers that await The Survivalists, the most to worry about is Orcheling. There is no reason to doubt their unfriendly attitude – the skeletons around the island and their dialogues clearly imply that they are killing people who are stranded, and they proudly wear their skins. While exploring the surroundings, you will inevitably encounter orcheings from time to time. Singly or in groups of several individuals, they do not pose a great threat. If you have a couple of well-armed monkeys with you, you don’t have to worry about such meetings. However, having learned about the presence of people, the Orchings will sooner or later begin to raid your base.

Raiding an unprepared base can be devastating. If your bed is destroyed, you will spawn in the original location, losing all of your items and progress made in the process. Before the attack, the game will issue a warning, and there will be enough time to prepare for the battle, but it will not be enough time to build an effective defense. So, you should prepare for the orcling raids well in advance.

The strength of your army is in numbers. When you get to the island, find as many monkey friends as possible. Leave some for work, but prepare most for combat. To improve the fighting skills of monkeys, take them with you on the hunt more often. And, of course, do not forget about the weapon, since immediately before the attack you will not have time to make it. A dummy for training fighting monkeys will also be useful.

The location of your base is important. For example, setting up a camp on the beach and blocking the only passage to the area with walls can make you feel safe, as Orchelings rarely attack from the water. On the other hand, with such an arrangement, it will be more difficult for you to get out of the camp to explore the world.

The ability to create traps opens up after you build wooden walls for the first time. The traps of the lower tier are made of wood. If you are short on supplies, these are fine. The second tier is bone. Bones are easy to find and require less effort to create than wooden traps. The last tier of traps is metal. Before the first raid, it may not be possible to set up metal spiked traps, but you can successfully survive an attack with bone traps. It is worth noting that traps only work on enemies, so they can be placed in a doorway without any problems.

A wall followed by a spiked trap, followed by another solid wall is an effective line of defense. The best material for building walls is stone. Stone walls are very durable, but they cannot be created without a forge. At first, wooden walls may be sufficient. Easily destructible thatched walls are your last resort, better than nothing.

location of safes and lockers, combinations

the location of all weapon mods