In addition to the main story missions, Horizon Zero Dawn has a ton of different secondary missions and activities. Tests of hunting grounds are one of such activities. By completing these tests, you will not only be able to unlock access to the Karha hunting lodge in the city of Meridian, but also get elite weapons at your disposal from Aydabe, the keeper of the house’s weapons.

Immediately, I would like to note that the tests of hunting grounds should be tried to be completed as quickly as possible in order to get the highest possible reward for them. For completing the challenge, you can receive three types of rewards: Half Sun, Sun and Shining Sun. Or, in simple terms, bronze, silver and gold. If you can pass the test for the Shining Sun, i.e. the highest award, you will receive the previous two.

In total, Horizon Zero Dawn has five hunting grounds (three challenges each), plus one in The Frozen Wilds add-on, but today we will only analyze the main game. Here are the rewards from the House of Hunters for completing the Karha Hunting Grounds Challenges:

All in all, the work is definitely worth it. Now let’s look directly at the hunting trials themselves and what you need to do in them. Fortunately, these challenges in Horizon Zero Dawn are very intuitive – you shouldn’t have any problems. 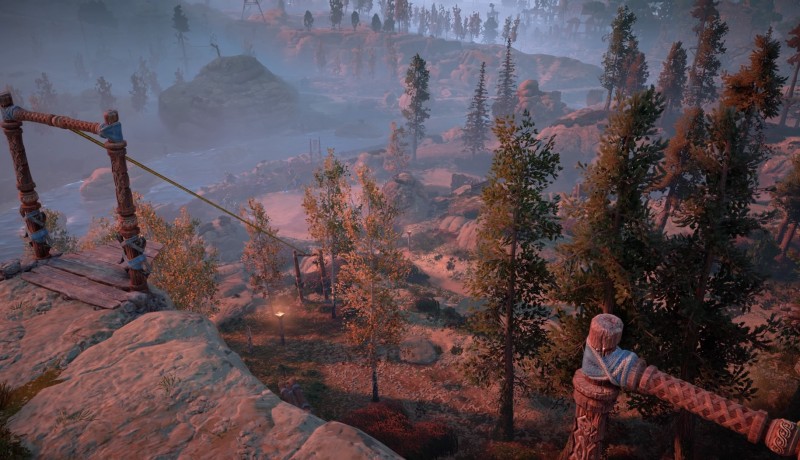 It is required to knock down about ten containers with firefire from chewing gum (robots that look like deer). There is no need to undermine the ruminants themselves, and therefore you can not bother. Target (to receive the Shining Sun) – 1 minute 30 seconds.

In this challenge, the game will ask you to destroy six robots using log traps that will be placed around the area. The goal is 2 minutes.

You need to kill six ruminants using the explosive thread from the thread thrower. The goal is 3 minutes.

At the Meeting of the Valleys 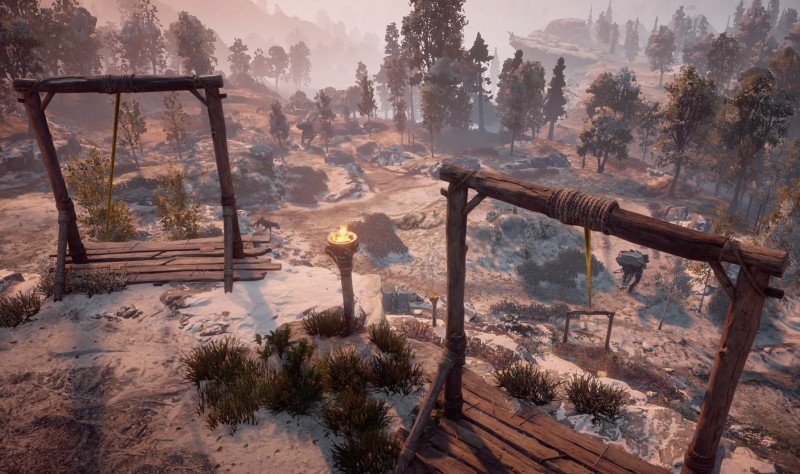 You will need to knock down four containers with firefire, but only from the backs of runners (robots that look like horses). Target – 40 seconds.

You need to freeze five robots and smash them. Target – 1 minute 30 seconds.

The game will require you to stun an electric wineskin, and then shoot three containers from it. The goal is 1 minute.

In the Great Channel 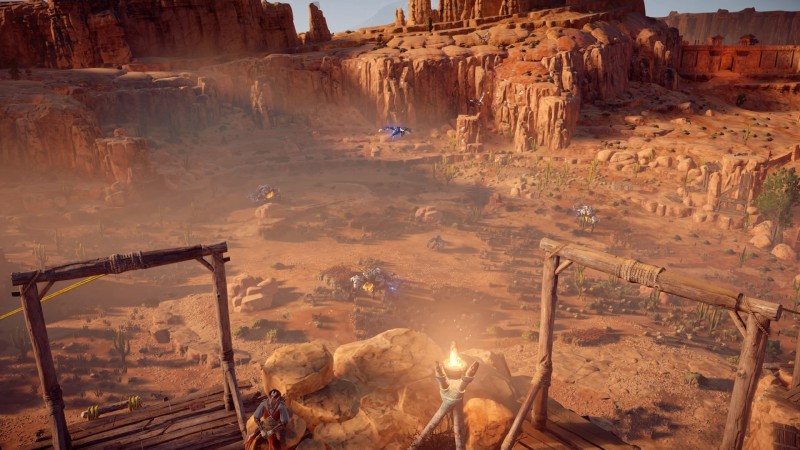 Not the easiest test. You will need to search three killed raptors (raptor-like reconnaissance robots), and you will not only have to fight the challenge timer, but also the kites (bird-like robots) who want to loot the raptor carcasses. Target – 1 minute 30 seconds.

It is necessary to tie a couple of bison with a rope launcher, and then shoot a small part located on the stomach. Target – 1 minute 30 seconds.

This time, you need to tie three kites with a rope launcher. As soon as you tie the flyers, deal critical damage to them. 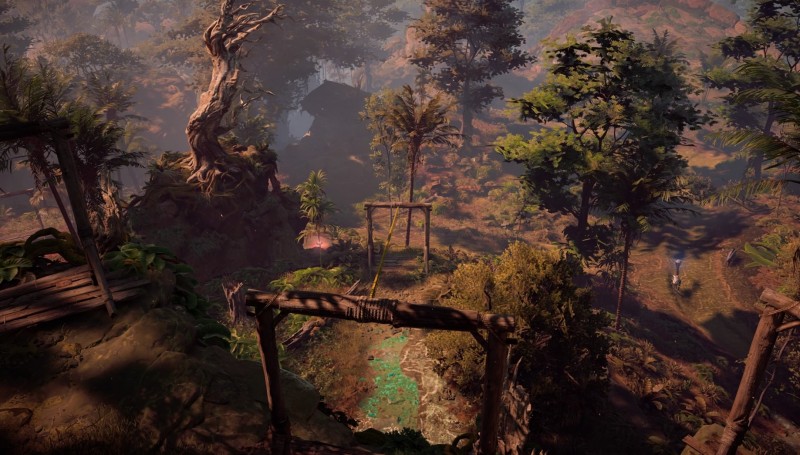 It is required to destroy four yawns, and not just anyhow, but secretly. To participate in this challenge, you need to acquire a skill called “Silent Attack”. The goal is 2 minutes.

In this challenge, you need to open four boxes of scarabs (robot transporters that resemble some kind of crustacean). You can try to do it silently, but the game will not punish you if you decide to go ahead. Target – 1 minute 5 seconds.

The essence of the test is extremely simple: destroy a pair of hunters (robots, somewhat similar to a panther). However, the battle with the hunters themselves is extremely difficult. The goal is 2 minutes.

In the Sunny Furrows 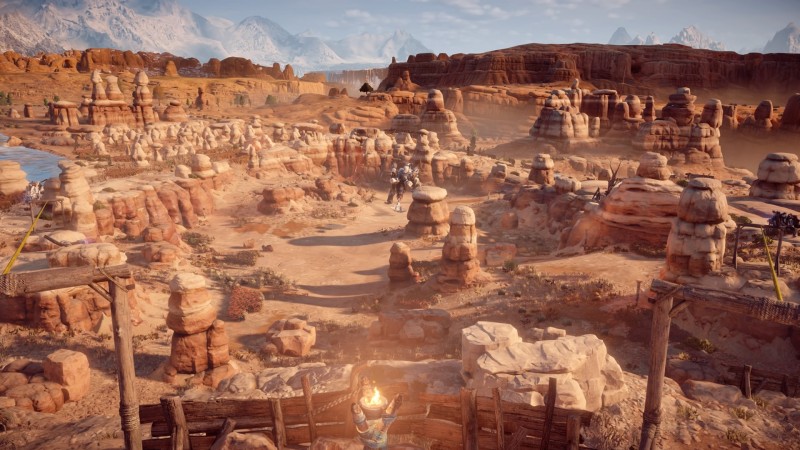 Test “Freak against the machines”

You need to remove the cannon from Likhodey (a robot resembling a wolf) and destroy two other robots with it. Target – 1 minute 10 seconds.

In this test, you will need to destroy all the scoundrels with the help of a thunderbolt (a robot resembling a Tyrannosaurus). To complete the test, you can seize control of the Thunderbolt or remove the disc thrower from its back and destroy the bad guys on your own. The goal is 2 minutes.

In the last of fifteen trials, you need to seize control of two rascals before they destroy the thunderbolt. To kill robots, you can use both the rogue’s arsenal and Aloy herself. Target – 2 minutes 40 seconds.