Location of all Tarot cards in Cyberpunk 2077

The world of Cyberpunk 2077 is rich and varied, and like most open world games, there are collectibles here. One of these items are twenty Tarot cards hidden in different areas of Night City. They are “glitchy” graffiti that V can see on the walls of some buildings and structures in the city. 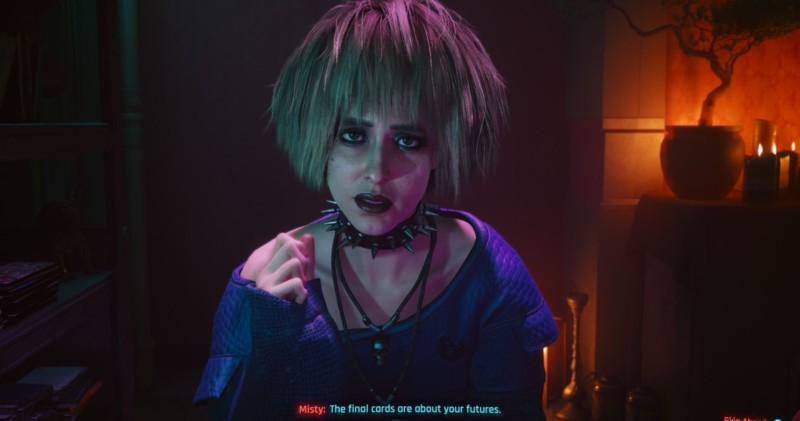 Collecting Tarot cards is associated with a separate quest “The Jester on the Hill”. It ends when you collect all of these cards and talk to Misty at Ripper Victor’s office. This quest also unlocks a rare achievement called The Wandering Fool. Here we list the location of each of the Tarot cards in Night City. 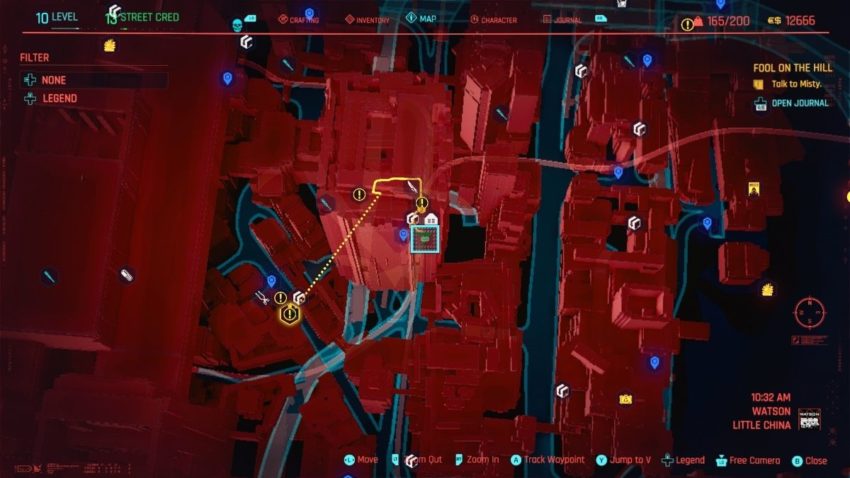 You will find it right next to V’s apartment in Little China. 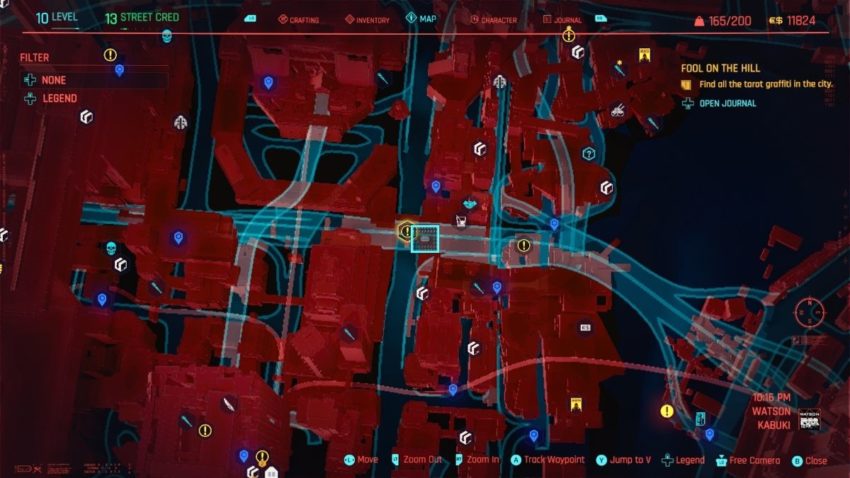 The drawing is located near the entrance to Lizzie’s bar in the Kabuki quarter of the Watson district. 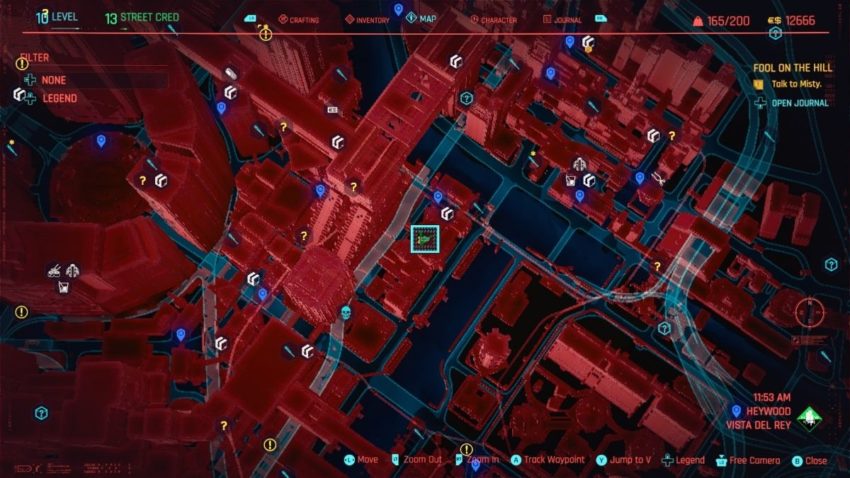 To find the graffiti, you need to enter the apartment on the 4th floor in Vista Del Rey, Heywood district. You will most likely recognize this location as the Search and Destroy mission was associated with it. 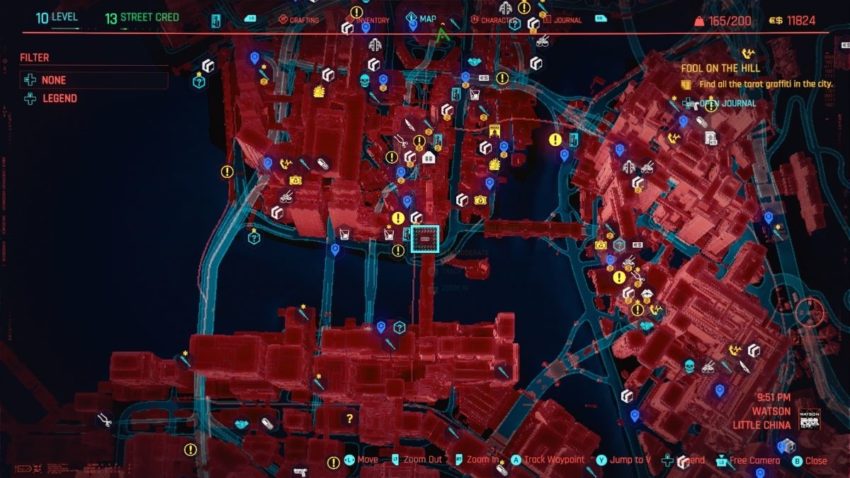 Located at the bottom of the stairs, next to the Postmortem Club in Little China, Watson District. 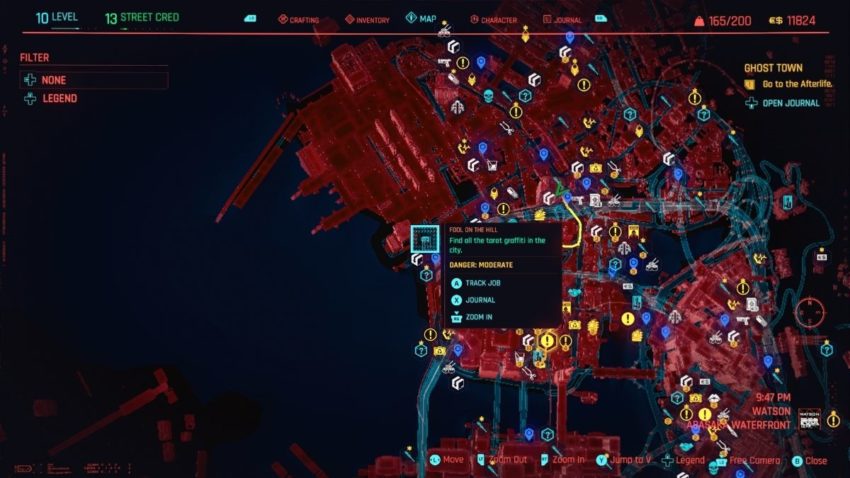 You will find this graffiti behind the Konpeki Plaza gates at Arasaka Waterfront, Watson. 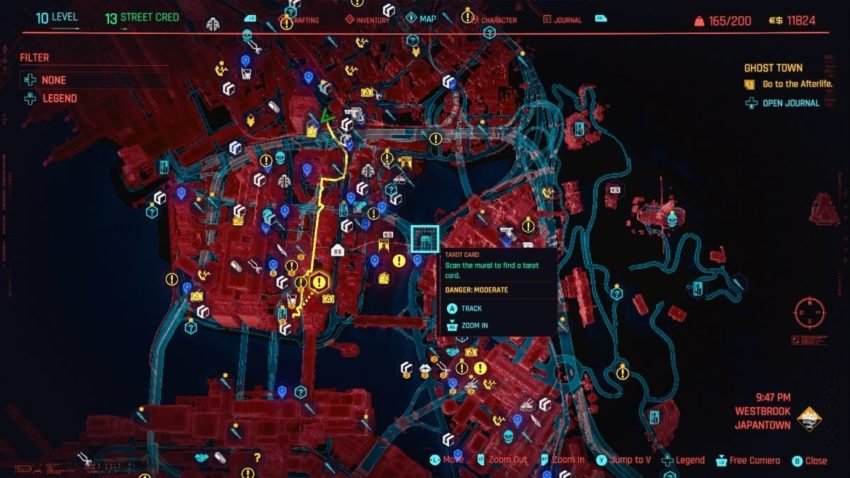 The map is located right next to the starting point of the main mission, where you meet Goro Takemura in the Japanese city. 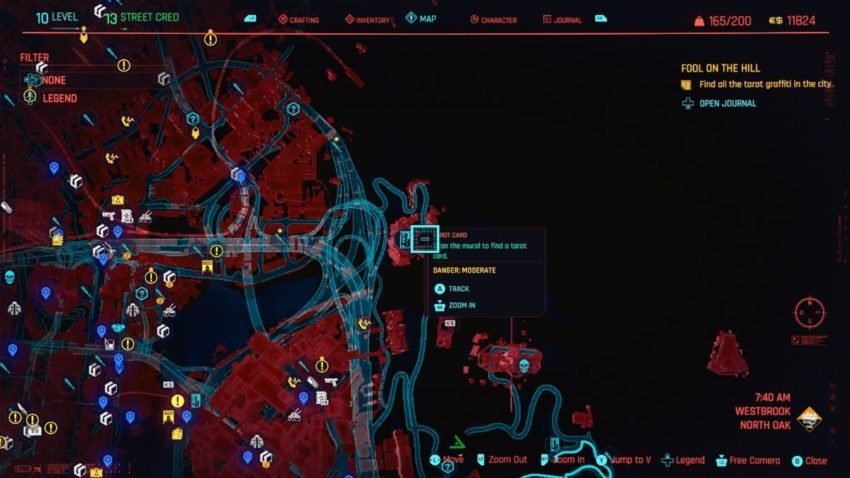 The drawing is behind a billboard in the Silver Pixel Cloud, Westbrook. To enter a closed area, dial the code – four zeros. 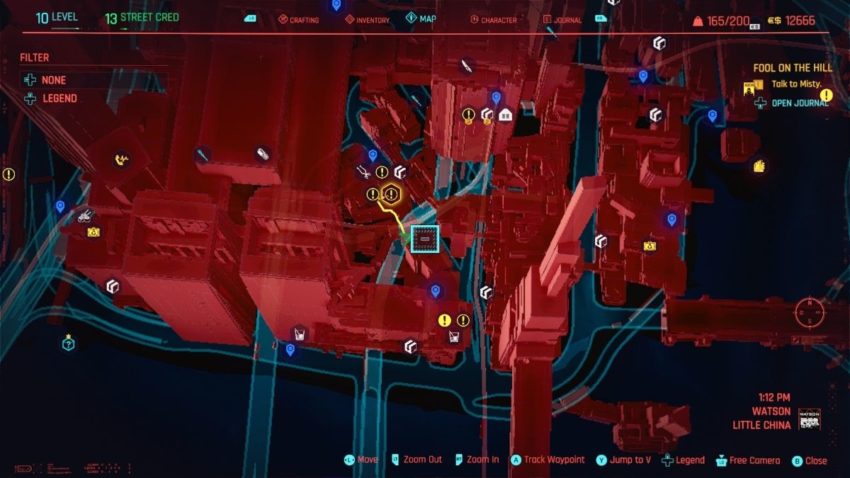 The Chariot can be found next to Tom’s Diner in Little China, Watson area. 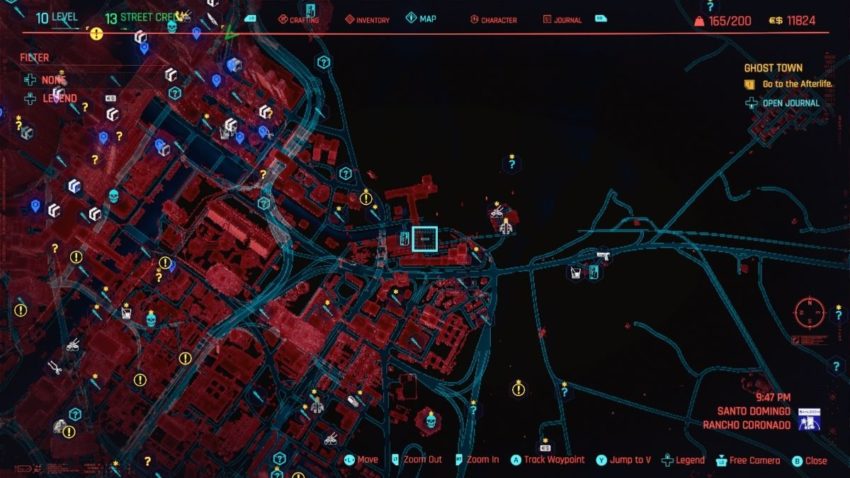 The graffiti is located on the complex where you first meet Panama, in the Coranado Ranch, Santo Domingo area. 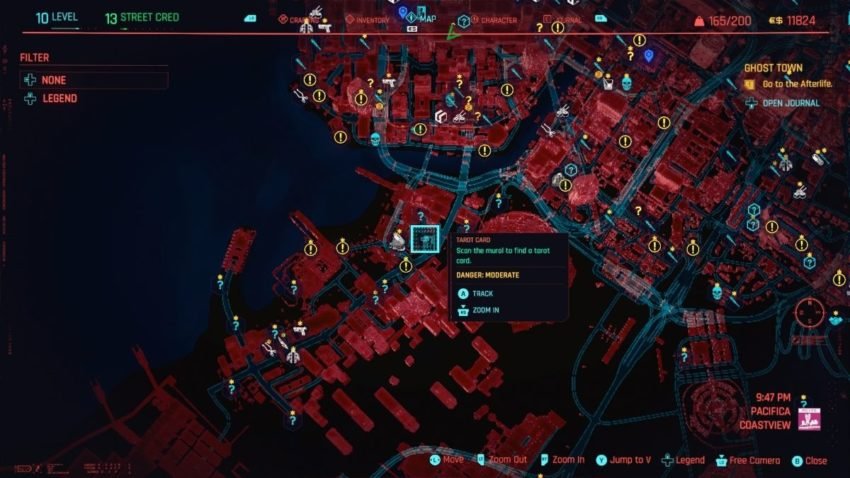 You will see the drawing outside the Voodoo Boys Chapel on the Costa View in the Pacifica area. 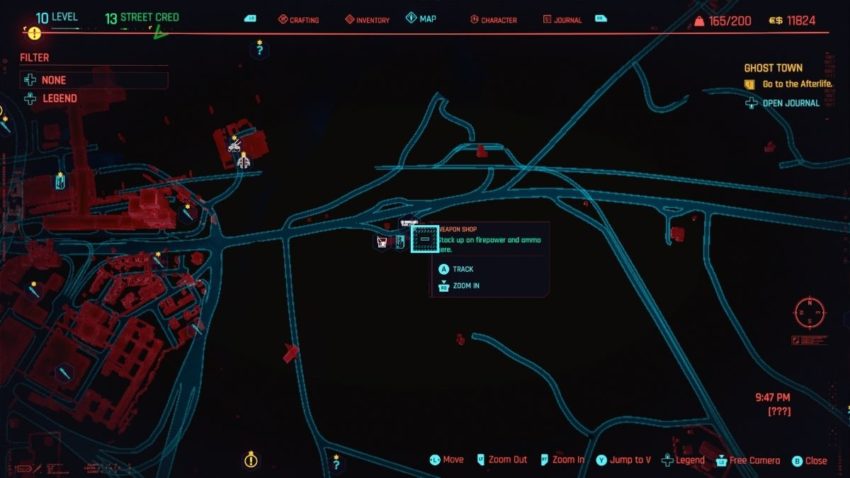 This image can be a little tricky to find as it is outside of Night City. In the Badlands, look for the Sunset Motel. You will find graffiti between numbers 103 and 104. 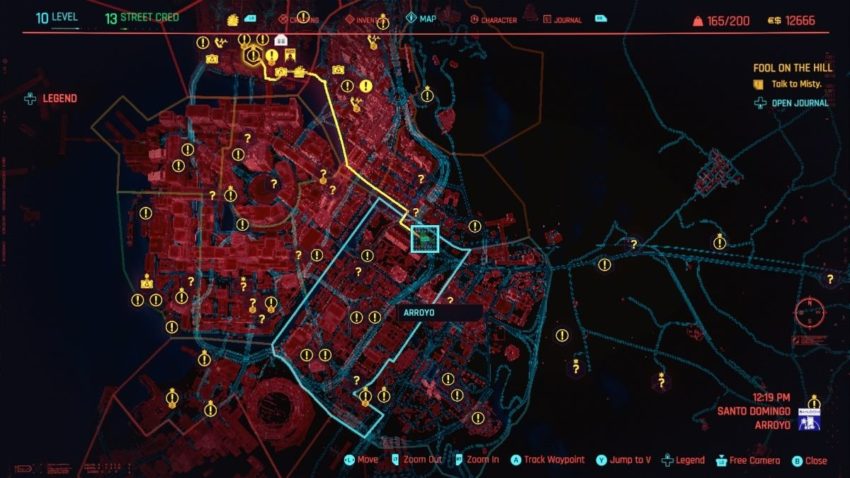 The following drawing is located on a reservoir inside the power plant complex in Arroyo, Santo Domingo. 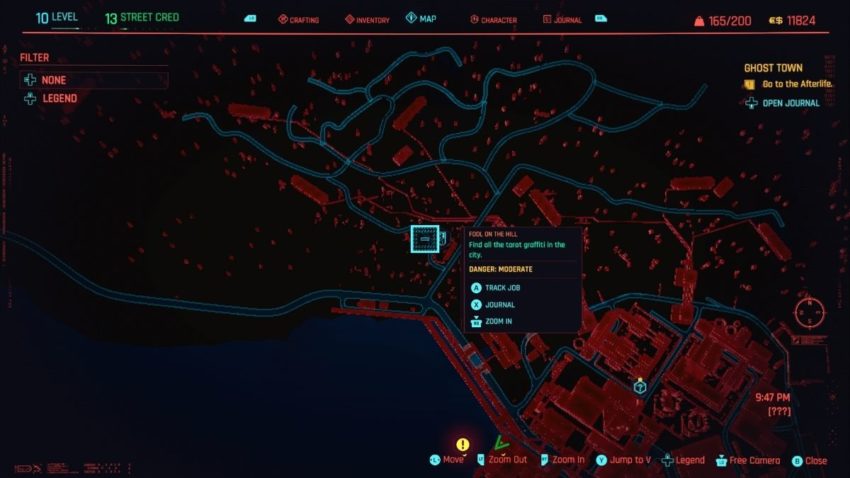 The Hangman can be found in the oil fields north of Watson County. The map is on the roof of the silo. 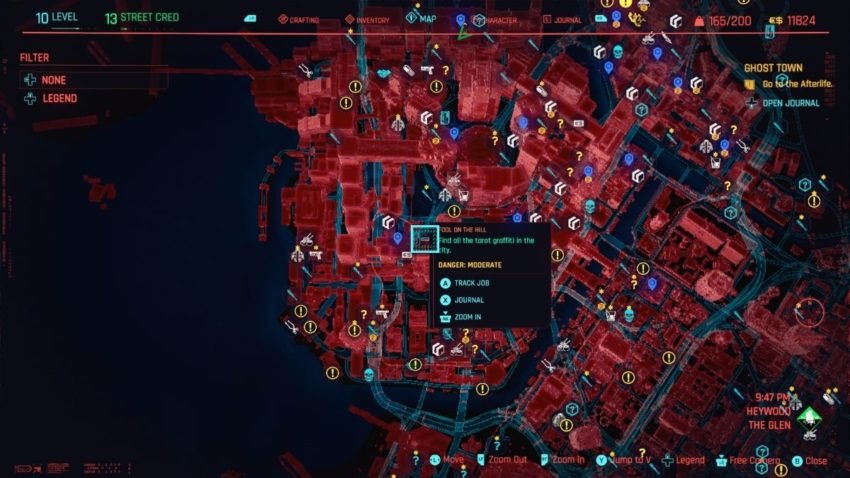 This graffiti is located in the Glen Quarter of Heywood, on the side of the Tall Embers building. 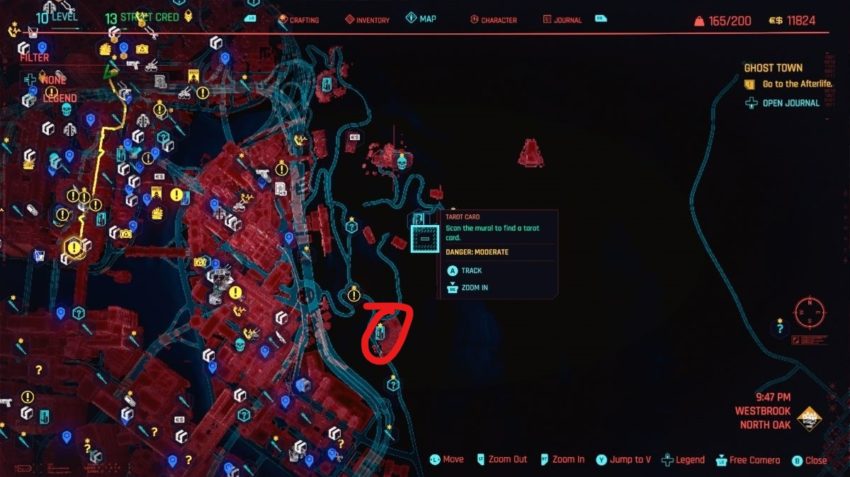 The drawing will be on the Columbarium building in North Oak, Westbrook County. 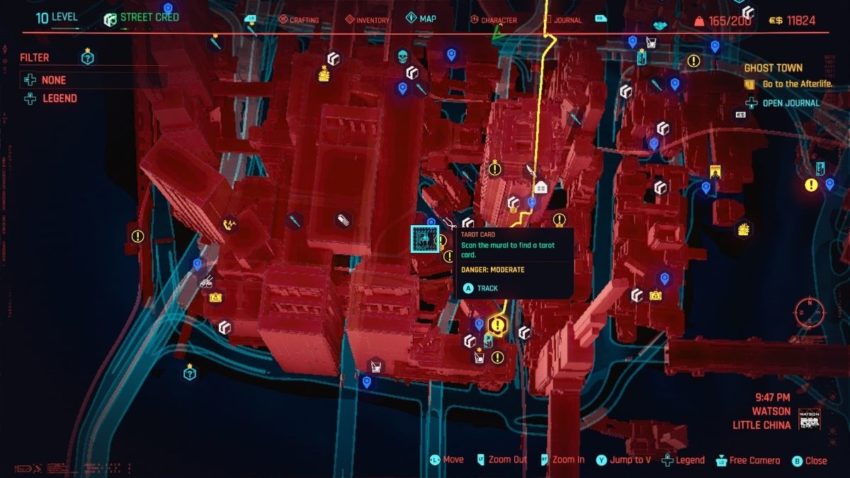 In Little China, Watson area, not far from Misty’s office, call the elevator and use it to go up to the roof, this map is located there. 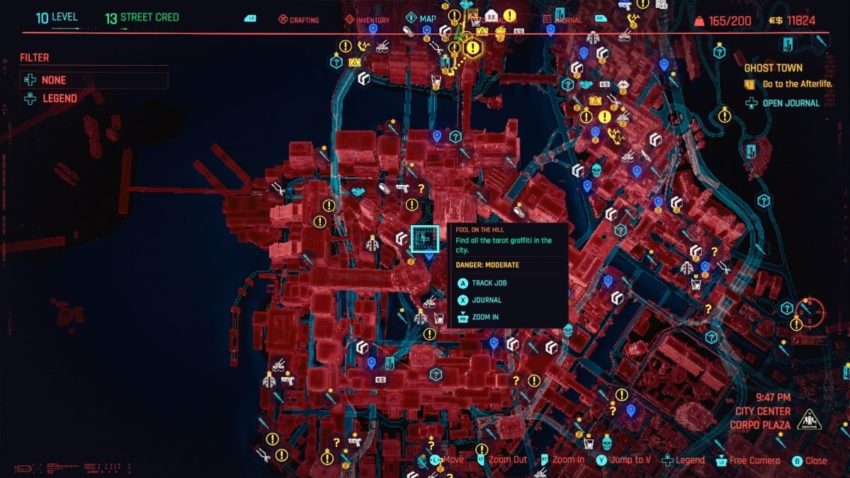 The graffiti is located near the Corpo Plaza construction site in the central part of Night City. 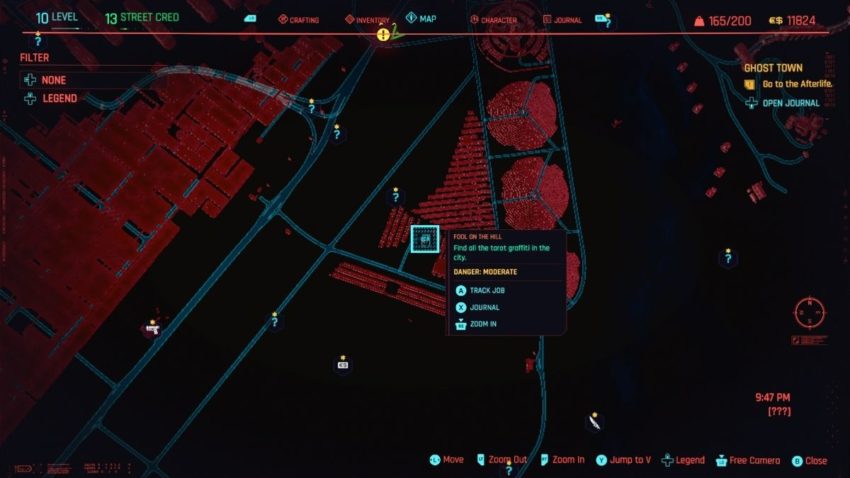 For those who have not yet explored the outskirts of Night City, this is a great reason to do so. You will see this picture on a radio tower near a solar power plant. 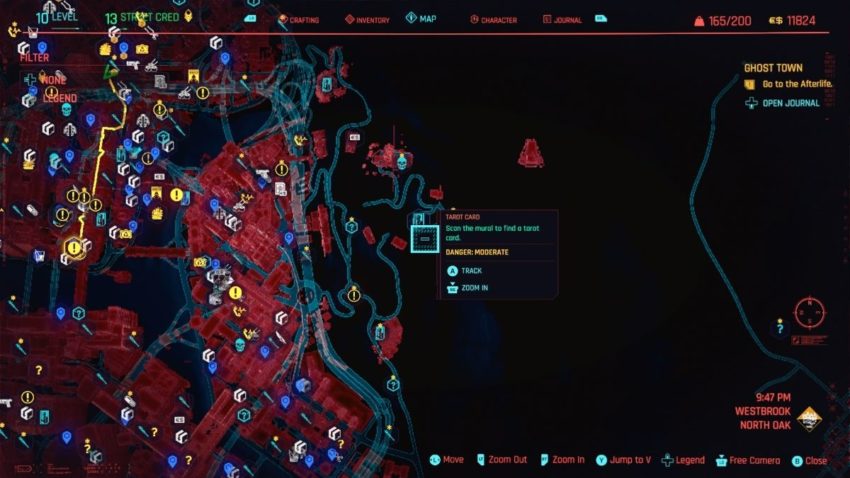 The drawing is located to the left of Hanako Arasaka’s home in North Oak, Westbrook. 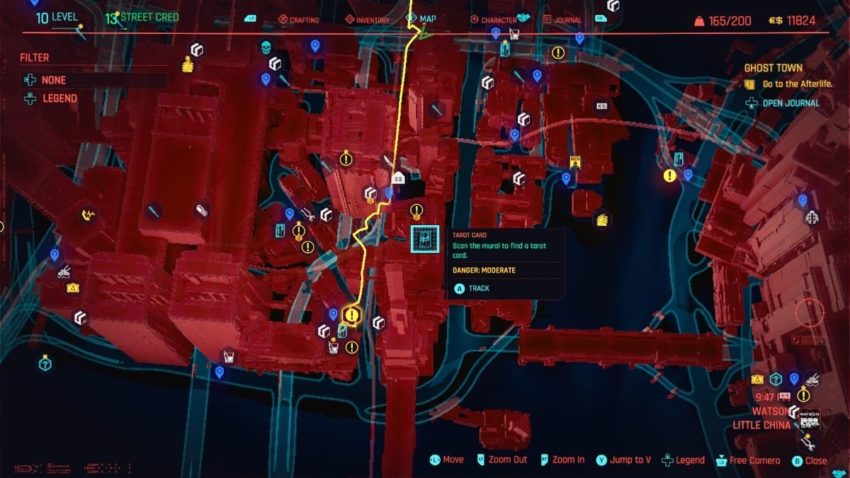 The last Tarot graffiti is inside an underpass in Little China, Watson area.

In addition to the twenty cards scattered throughout the open world of Night City, V will also receive two more Tarot cards at the end of the game’s main storyline.