Error 0x0000011B appears when trying to use a network printer from a computer with Windows 7, 10, 11. It can occur both on individual devices and on all devices in parallel. The error appeared after another security update that was recently released by Microsoft. The reason is a series of security changes designed to close the Windows Print Spooler spoofing vulnerability. After the last patch (September 14th) to fix the problem, there was another problem at the TPC authentication level in network printers.

Currently, the main cause of the problem is new security scripts for Windows. It is logical that you can fix the error 0x0000011B by removing the problematic update. Only another problem appears – known system vulnerabilities. However, there is a way to simultaneously defend against hacker attacks and gain access to network printers.

What should I do to fix the error?

It is also highly likely that Microsoft has already released a bug fix by the time you read this article. Therefore, the first step is to check for updates and install them. If you still have not released a fix for this bug, follow the instructions below.

It was the attempt to protect against CVE-2021-1678 that led to the appearance of the error 0x0000011b. Fortunately, by changing one of the registry parameters, it will be possible to achieve two goals at once: to protect against the vulnerability of the “Ghost Printer” and MSHTML, and also to fix a failed connection to the printer.

What needs to be done: 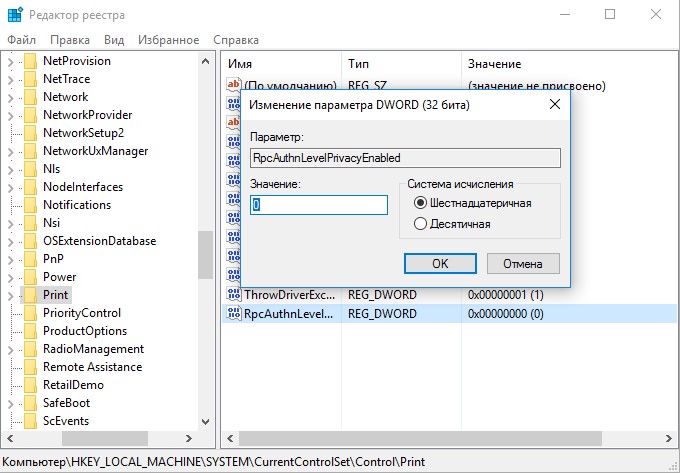 To fix the root of the current error, you just need to uninstall the update that caused the crash. Its code is KB5005565. In our opinion, this is not the best solution, as it not only fixes error 0x0000011b, but also makes the computer vulnerable to PrintNightmare and MSHTML. Considering the potential danger of the procedure, it is better to choose the first method. However, if you have a sound assessment of the risks (they are really not very large) and are ready to wait for the release of a more stable fix, you can proceed to the procedure for uninstalling the update.

Healthy! If the error appeared on Windows 7, it is unusual for it, we have encountered similar statements, you should try to reconnect the printer. For many, this solution worked.