review of a laptop with two screens

ASUS revamped the ultraportable ZenBook Duo this year with a larger second screen, more power and significantly improved dual-display software. The main feature of the updated model is the new 12.6-inch ScreenPad Plus, located, as before, directly below the 14-inch main display, but now when you open the laptop, the second screen rises slightly. This simplifies viewing and use as you no longer need to bend over. 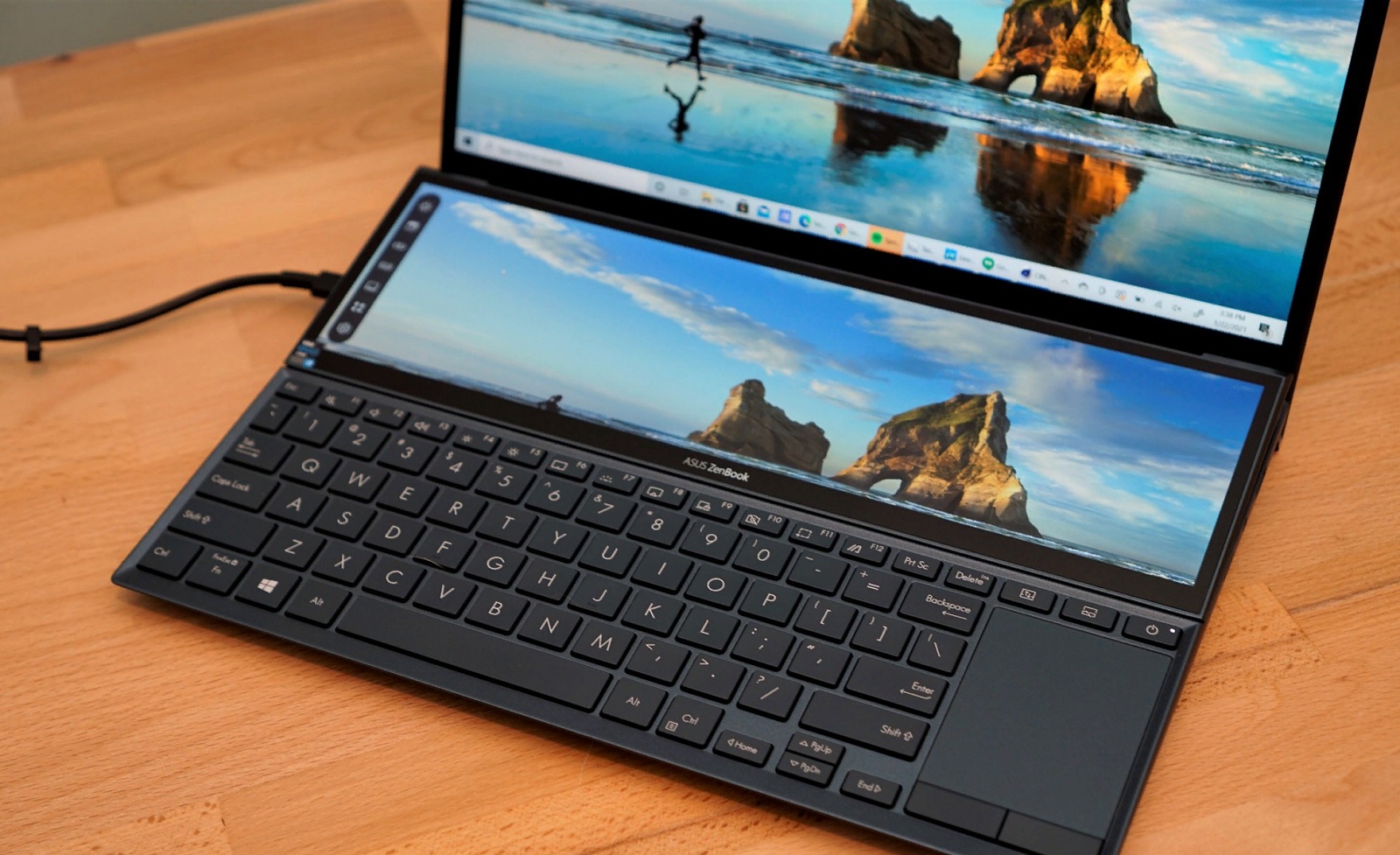 It is worth noting that this is not the first time ASUS has used a pop-up secondary screen – the ROG Zephyrus Duo was previously equipped with such a system. The new ScreenPad Plus is brighter, making it easier to use outdoors. At the same time, the interface has been improved, now it looks more like interacting with a modern smartphone, and not with an outdated laptop with a touch screen.

The manufacturer has also optimized the software to work with two screens. A special shortcut App Explorer has appeared, which shows everything that is currently running, and allows you to quickly switch programs between displays. There is support for gestures for transferring applications from one screen to another, although it is more convenient to move windows using shortcuts. This allows you to quickly transfer the program to another display or deploy it on both screens. 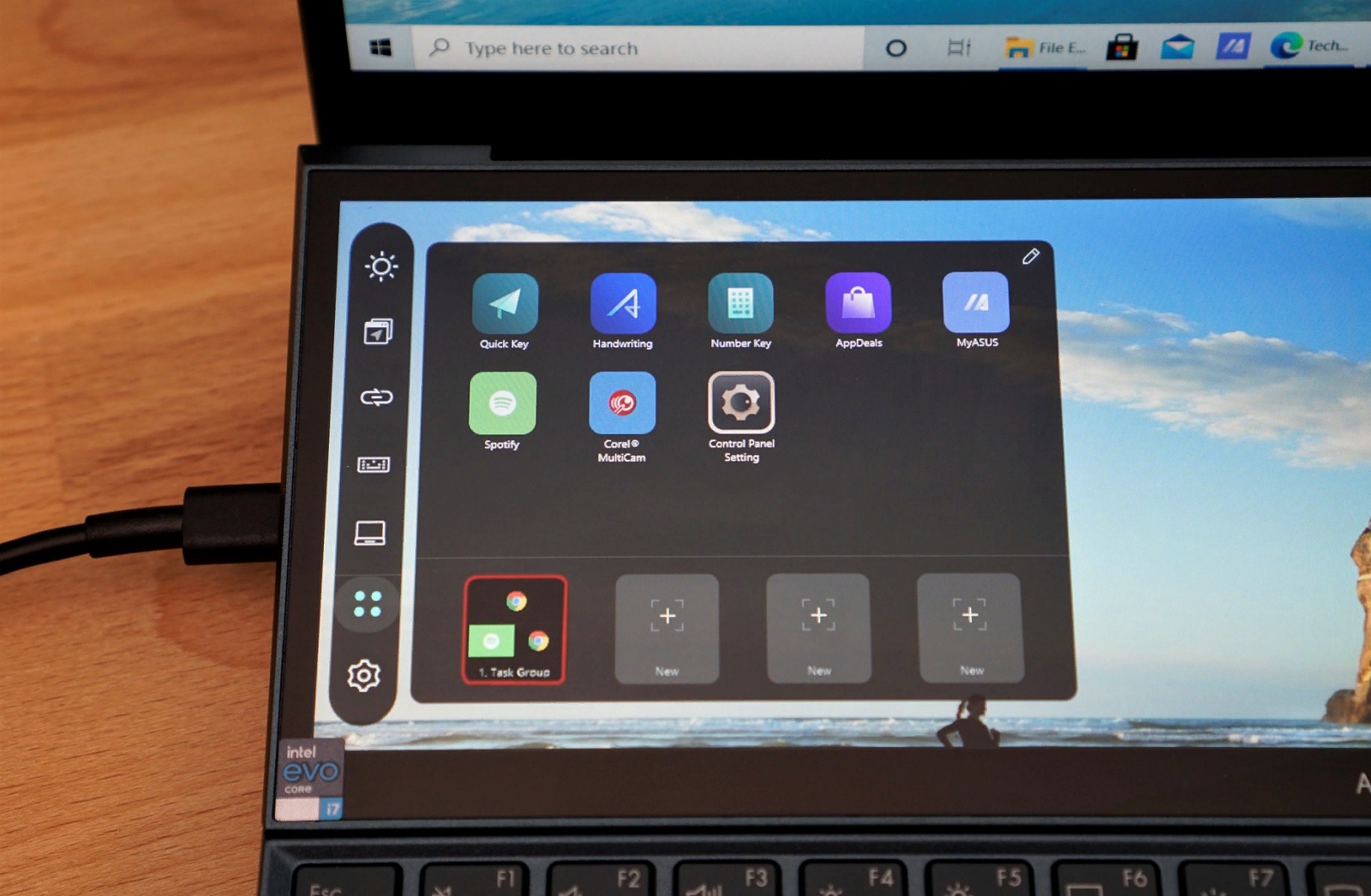 The developers claim that thanks to the more compact ScreenPad Plus Duo hinge, the model is 50 grams lighter than last year, and its weight is 1.6 kg. This change also resulted in the laptop being thinner by 3mm, now it looks a little more compact than last year’s version – at 16.9mm.

Aside from the updated ScreenPad Plus, the ZenBook Duo looks much the same as last year, with a standard ASUS magnesium alloy body and crisp lines. A better selection of ports is also offered, including two Thunderbolt 4 USB-C inputs (the latter had USB-C, but not Thunderbolt); one USB 3.1 Type-A port; full size HDMI connection; microSD card reader and a regular headphone jack. 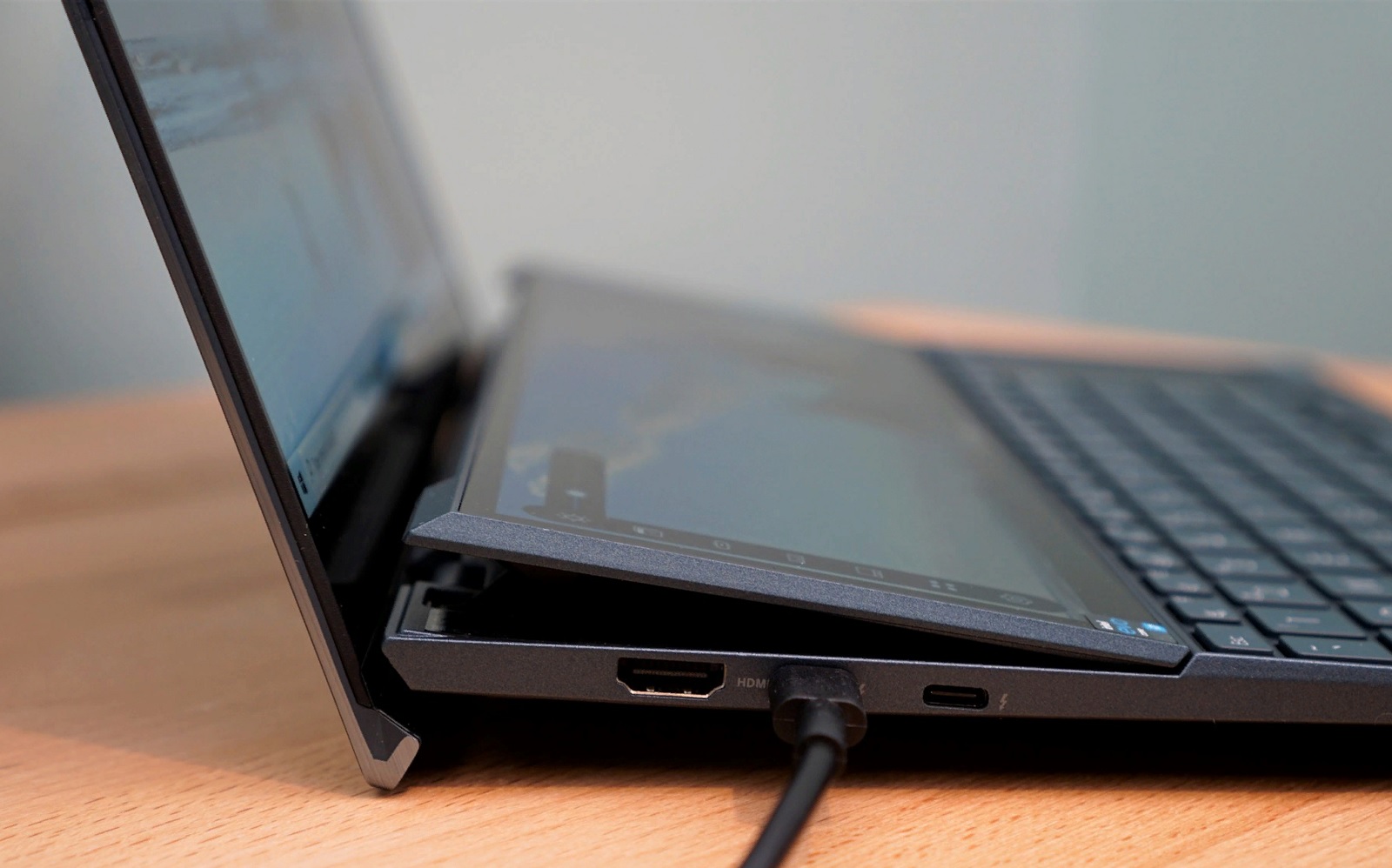 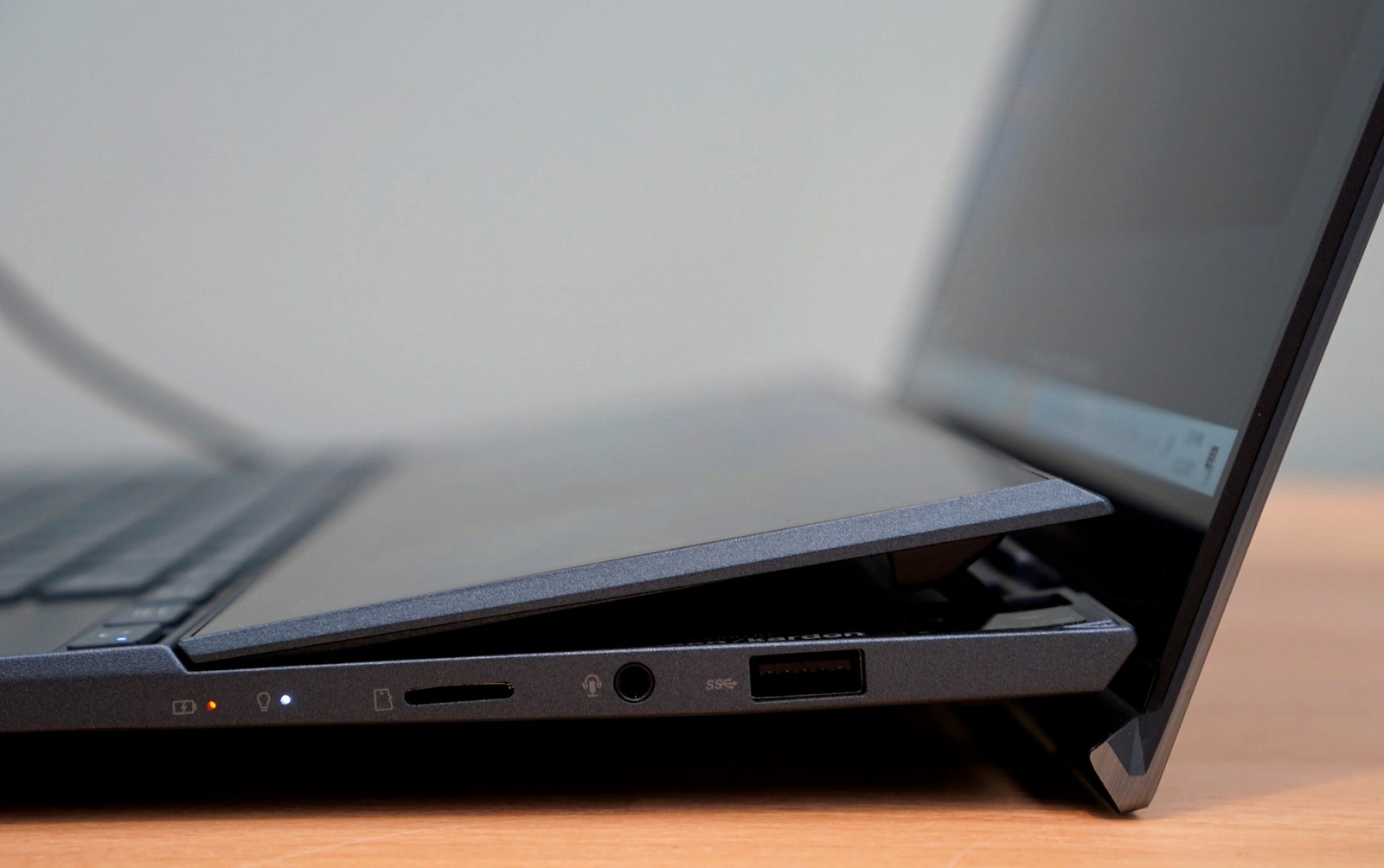 The most notable updates have undergone the “filling” of the ZenBook Duo, now it includes processors:

The Duo is also Intel Evo certified, which speaks for a powerful ultraportable laptop with long battery life. In addition, the above indicators allow you to run modern games with maximum graphics settings. More important, however, is the pure computing power of the ZenBook Duo.

Benchmarks in PCMark 10 and Geekbench make it clear that Intel Tiger Lake hardware is a major upgrade. In battery life testing, the battery lasted 11 hours and 40 minutes, which is close to many ultraportables, but five hours less than the XPS 13. 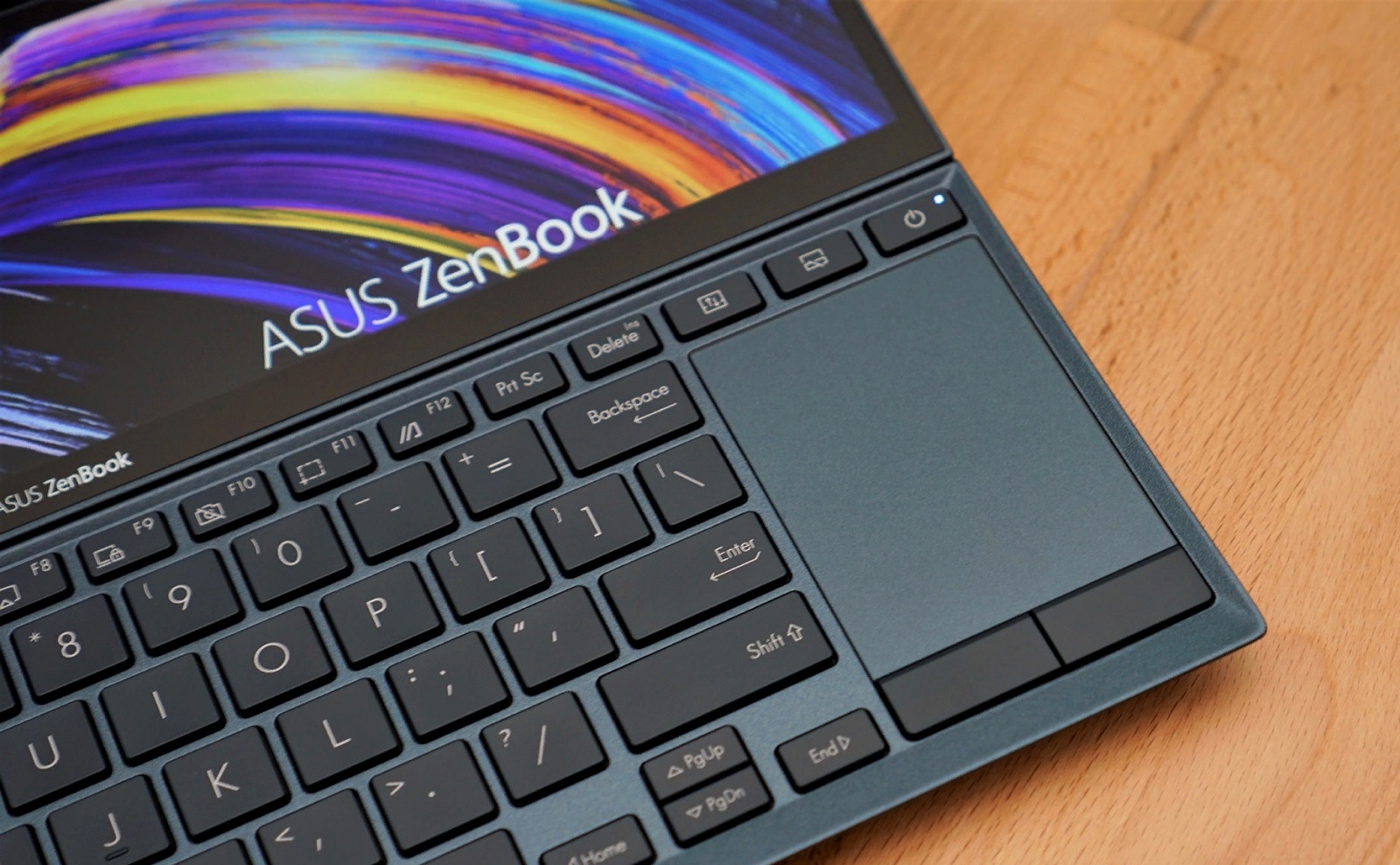 One of the main drawbacks of the ZenBook Duo is that ASUS once again had to fit the keyboard and touchpad under the ScreenPad Plus. The keyboard is a bit cramped and awkward to use without the extra wrist rest. The buttons themselves are pressure sensitive and quick to respond. As for the trackpad, it’s shifted to the right, and there isn’t always enough room for certain multitouch gestures.

When choosing a ZenBook Duo, a potential buyer should consider whether he really needs a second screen, which will have to sacrifice the ergonomics of the keyboard and touchpad. We have to admit that this model is not perfect, but thanks to the software and component updates, it is much more attractive than last year’s version.

How to turn Sticky Keys on and off on Windows?

How to reduce the distance between shortcuts in Windows 10?