Released in early September, Spellbreak is an immersive online multiplayer game where magic plays a key role. To win, you need to competently develop your character, be able to effectively use various spells, depending on the specific combat situation, and also use the best talents and runes. Here are some tips on how to succeed in Spellbreak. 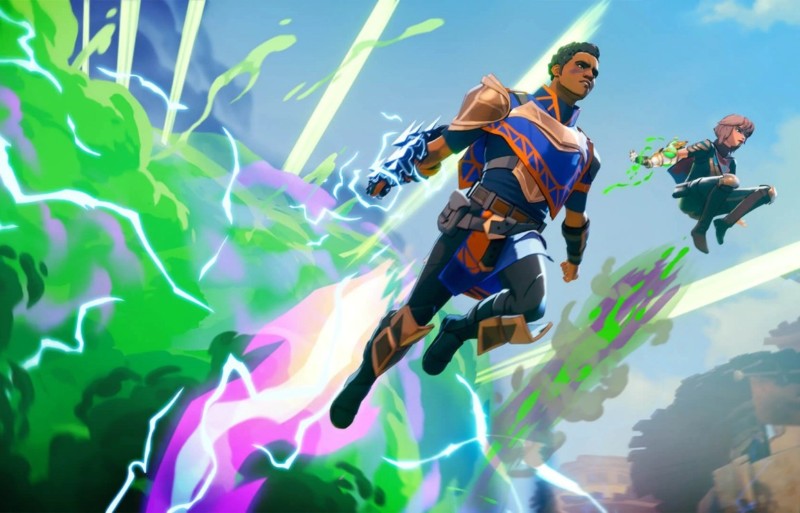 At the beginning of the game, along with your chosen class, you can also choose one of three different talents: Mind, Body and Spirit. Which category you choose depends a lot on your playing style. However, there are a few special talents worth highlighting from the crowd.

The best mental talent is harmony. It is unlocked upon reaching Level 6 Toxicologist. Harmony makes the player immune to slow, freeze and shock effects. It also absorbs 5 to 15 percent of the damage taken (depending on the talent level). Negating crowd control effects is a huge advantage against players who want to trap you with spells like Lightning Strike, Toxic Spray that leaves toxic puddles, and the Ice Aura freeze effect.

Best Bodily Talent – Garbage Cleaning. This talent is great for melee players. Each time after defeating an opponent, you will be able to restore from 25 to 50 units of health and armor. Thus, the likelihood of survival increases, even if, after finishing the fight with one enemy, you will have to immediately get involved in the battle with the next one.

If you are a team player, then the soul talent you will want to get is Thirst. It opens with the third rank of the Toxicologist class. Thirst increases the consumption rate of potion and shards by 50-100 percent, depending on your level. What’s more, potions and shards will also affect nearby teammates within 15 meters. Group healing after a tough battle or a quick recovery in the middle of a fight can dramatically change the balance of power.

Runes are as important in battle as talents, their use can directly affect the outcome of any battle. Runes can be found in various places throughout the game map. The most useful runes are those that provide maximum mobility.

Flight Is by far the best rune. It allows you to enter or exit combat incredibly quickly. Flying can also be used to get up vertically into the air and locate all enemies from a height at once, which will give a huge advantage.

Teleportation basically gives freedom of horizontal movement, but with its help you can easily get to tall buildings. Teleportation is also a great way to maneuver behind your opponents and take them by surprise with a fake teleportation maneuver.

Rune Peropada sends you straight into the air, allowing you to gain a tactical advantage and launch attacks from above. Hovering can be dangerous, however, when dealing with Guides and Frostborns, as they have ranged and accurate abilities.

Wolf blood Is the ability of the hunter. It shows all enemies in a limited area, provides the ability to see through walls and grants four points of speed growth. Using this rune in a team game is a good move, but in other situations you remain practically immobile compared to players using flight. Use this rune only in a team or if there are no other runes available.

Invisibility – A useful ability, but only for one class, the toxicologist. Combined with a flash that increases toxic spray damage by 75 percent, invisibility allows you to single-handedly deal devastating damage to multiple enemies. The main thing is to get close unnoticed, using shelters, because the rune does not provide one hundred percent invisibility (attentive opponents can still notice the silhouette).

Use only effective runes

Rune Spring step and Dash – the weakest runes in the game. If you have a choice between Legendary Dash, Spring Walk, and Regular Flight, flight is definitely worth picking. The reserve of movement given by both previous abilities is almost never enough to make a quick escape at a decent distance, in the attack they also lose flight, and besides, they have a long cooldown.