Marvel’s Avengers has a fairly rich assortment of playable superheroes, each with its own strengths and weaknesses. However, none of them is some kind of invulnerable creature: everyone can fall in battle. You can increase the survivability of a hero by pumping a certain number of skills that can, for example, increase damage resistance or increase the volume of the HP pool (amount of health). Plus, do not forget that the game does not end when the hero falls: for a short period of time after “death” your allies can put you on your feet. However, you will have to load the last save if you inadvertently exceed the maximum number of deaths. Ever played Warframe? The system is about the same with animation.

The most obvious way to survive is to use small green first-aid kits that drop from “killed” opponents or from destructible objects in the game world. It is enough to run next to such a first-aid kit and your hero will automatically use it on himself. Very convenient and very intuitive. Absolutely all characters in Marvel’s Avengers can use these first aid kits.

Another obvious survival method is blocking or dodging attacks from opponents. You will learn about these defense maneuvers literally at the very beginning of Marvel’s Avengers. The attacks of opponents in the game are divided into three types: blue, yellow and red. You can dodge, block and parry blue and yellow attacks, but you just have to dodge the red ones. 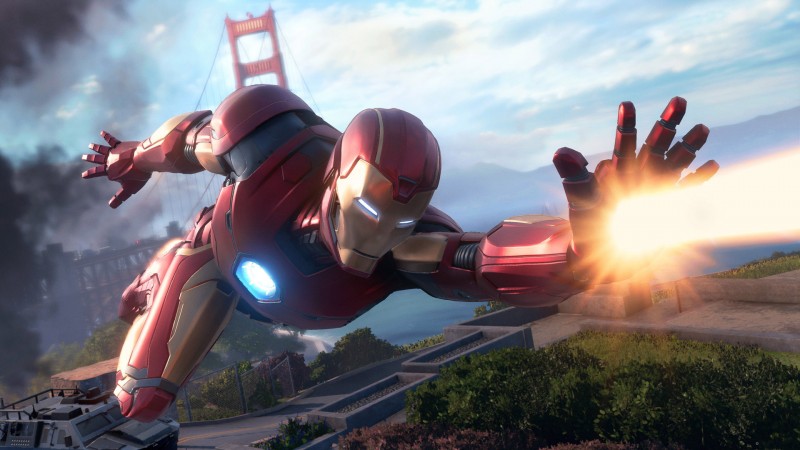 Black Widow has the lowest HP pool of all the Avengers, however she has a whole bunch of skills that actively help her survive on the battlefield. For example, the Shadow Veil ability can make you and your squad members invisible. After entering stealth mode, opponents stop attacking you. Your next attack will deactivate invisibility. In addition, the Widow has a special grappling hook with which she can parry and dodge enemy attacks, as well as quickly move around the game world.

Cap has quite good protection, which is not surprising: he carries a shield with him everywhere, with which, in fact, you can block most of the damage taken. Moreover, the shield can reflect both melee and ranged attacks. Fun Fact: Even with your shield up to defend, your movements barely slow down. Of course, you can’t endlessly hide behind a shield: it has a corresponding scale, which is depleted every time you block damage.

Hulk has two special skills that make him almost invulnerable (the keyword is practically). The first such skill is rage. By activating rage, you not only significantly increase the amount of damage done, but also restore the lost health with each of your blows. Rage will replenish quite quickly if you are in the thick of the battles. The second skill is taunt. If, after taunting, you are attacked by a provoked enemy, your defense indicators will increase dramatically. Well, and, of course, with the help of taunts, it is very easy to transfer the attention of nearby opponents to yourself, so that your comrades can rest a little. 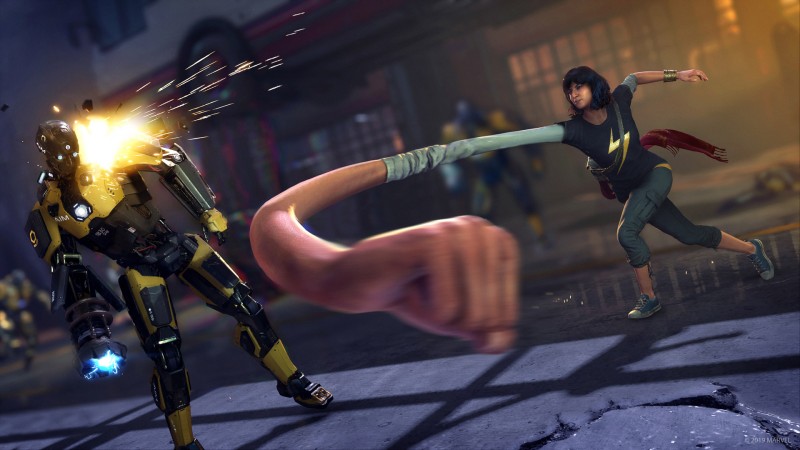 In fact, Iron Man is not at all iron: a high-tech suit, inside which is the most ordinary person without any superpowers. We mean that Iron Man, as in the case of the Black Widow, has very little health. Fortunately, you can get away from the enemy’s pressure by simply flying away in any direction. True, the suit’s energy is restored when you attack your enemies, but you can calmly do this at a distance. You can also use the ultimate skill, Hulkbuster, thanks to which the health of Iron Man is not only instantly restored, but also supplemented by another scale. In Hulkbuster, you do not take damage from the outside, but such armor disappears over time. Plus, Iron Man has a skill, by activating which you create a protective barrier around your comrades and yourself.

Miss Marvel is an obvious support fighter. Kamala knows how to heal not only himself, but also nearby allies, strengthen his attacks and completely ignore the blue and yellow attacks of opponents. But the Reds still have to dodge, otherwise it would be simply not interesting to play for this character. A superhero that not everyone will like, but she is extremely useful on the battlefield in capable hands.

Thor is arguably the top-tier superhero in Marvel’s Avengers. Thor is incredibly tough, plus he can fly. True, not as fast as Stark, but still fast enough so that you can avoid the battle if it gets too hot. He has a special skill that hits nearby opponents with electrical discharges and makes your comrades invulnerable for a while. And, of course, do not forget about Thor’s ultimate skill, which allows him to move to another dimension, appear right in front of opponents and inflict tremendous damage on them. While in another dimension, you do not take damage for obvious reasons.

Guide to finding hot springs in Ghost Of Tsushima

How to find and loot the treasury in Sea of ​​Thieves