For some people, video games are a lifeline that helps them not go crazy in this, to put it mildly, crazy world. Some players love to spend their time exploring fantasy worlds, others killing bloodthirsty demons, and still others solving puzzles and finding numerous collectibles / easter eggs. Would you be surprised if we say that Doom Eternal, released earlier this year, can fully satisfy players from all these “categories”?

Doom Eternal contains an incredible amount of secrets, easter eggs, references and collectibles, most of which you won’t find on your first playthrough. In today’s article, we’ll take a look at the top ten most interesting secrets in Doom Eternal that you probably didn’t know existed … 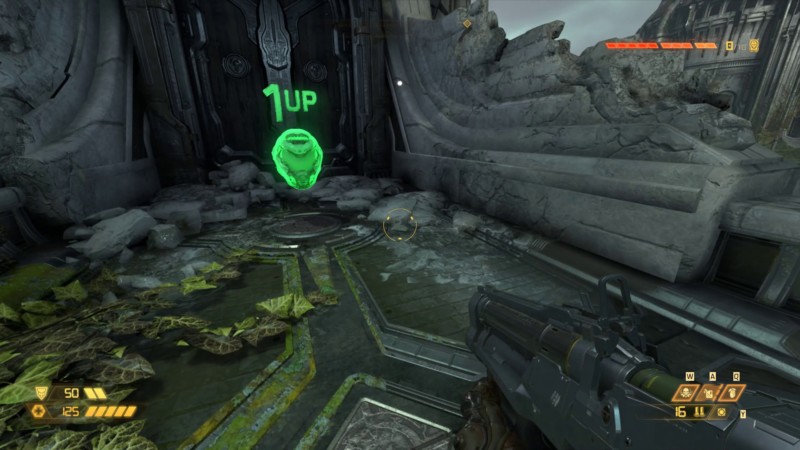 Doom Eternal is harder than Doom 2016 – that’s a fact. Opponents are an order of magnitude more aggressive, and ammunition is an order of magnitude less. Apparently, the sequel to the meat-based shooter hit will turn out to be so much more difficult that the developers decided to include the mechanics with extra lives in their game. Dumgai will instantly revive upon death if you previously managed to pick up the green 1Up bonus. Such a mechanic will undoubtedly help you during hot battles with some opponents, for example, marauders.

But do you know what is even more interesting? You can safely engage in 1Up farming. It is enough to enter the level, pick up life and get out of it. In a similar way, you can collect from several dozen additional lives. Of course, few people will farm in a Doom game (it takes a lot of time), but it’s nice that such an opportunity is still present. It’s funny, but in this way you can also farm tokens for modifying / improving personal weapons.

A reference to the second Terminator 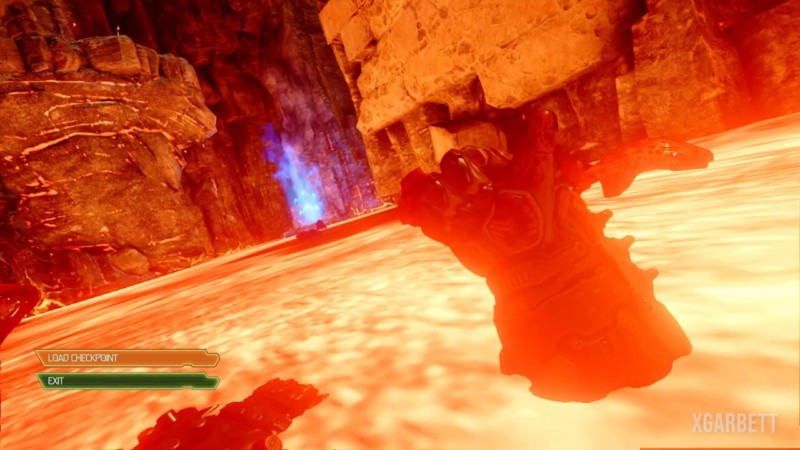 Surely many of you have watched the movie “Terminator 2: Judgment Day”. At the end of this stunning picture, the T-100, played by the notorious Arnold Schwarzenegger, decides to destroy his endoskeleton in liquid metal so that his body does not get to the researchers from Cyberdyne Systems, thereby causing the very “Doomsday”. As Arnie sinks into the boiling metal, he shows his thumb to John and Sarah Connor standing on top of the platform. So, if you jump into lava (magma?) In any of the levels, then you have a chance to look at an imitation of this moment from Dumgai. The exact same easter egg can be found in Doom 2016.

Do you think you are a fan of reading? 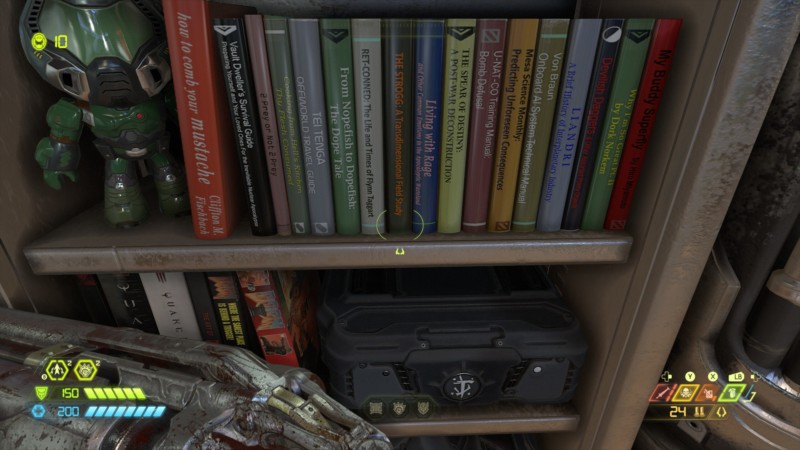 Have you tried to inspect the Guardian Stronghold where Dumgai is located? You probably just jumped from mission to mission, not really looking at the objects and scenery around you. And you can’t be blamed: Doom Eternal is an incredibly fast-paced shooter that makes it difficult to sit still. But still try to stop at the Stronghold of the guards and look around.

Wait, bookshelf ?! Probably, when Dumgai is not dismembering hordes of demons, he sits in his base and reads useful literature on the killing of the wicked, such as Demon Farm, The Guts of Wrath and Fifty Shades of Slay. There are a couple of references to other games like A Vault Dweller’s Guide To Survival and Why I’m So Great Pt. II. Moreover, there is a reference to Markiplier, an extremely popular YouTuber and fan of the Doom series. 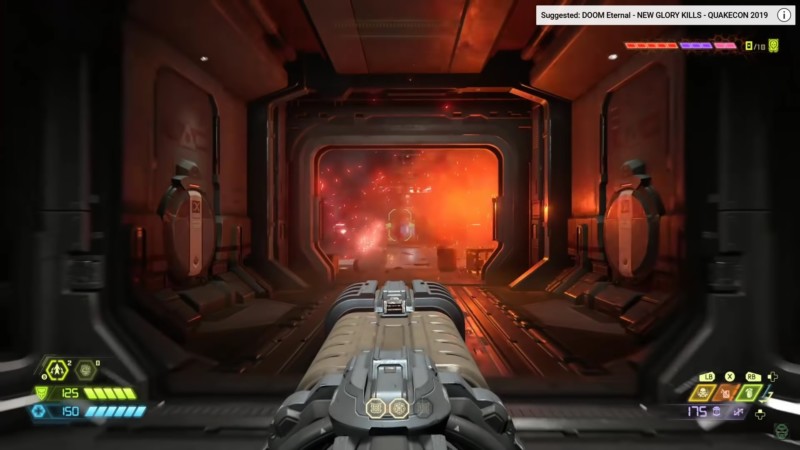 Do you love the very first Doom parts that came out in the distant nineties? Then you’re in luck, because in Doom Eternal you have the option to change the standard weapon position to the classic, in the middle. Plus, if you’re the proud owner of the deluxe edition, you can activate classic audio for Doomgai’s weaponry in your game’s sound settings. It is unlikely that you want to go through the entire game in this mode, but it’s still worth playing with these buns, especially if you grew up on the first two parts of Doom.

These are my toys! 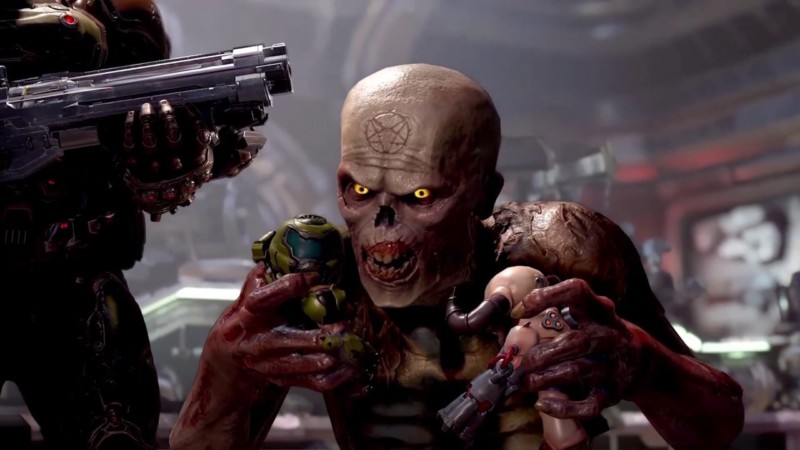 Did you know Doom Eternal has a secret ending? After your first playthrough of the game, try to kill the Icon of Sin again to see a short cutscene in which a demon is playing with Doomgai figures. The latter, by the way, appears behind the demon, reloading his trademark shotgun and, as it were, hinting that he does not like it when strangers touch his toys. 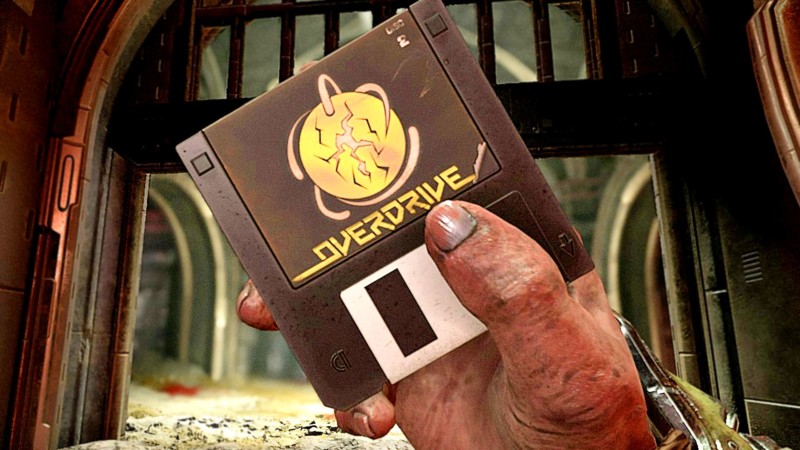 In Doom Eternal, players can use a variety of cheat codes that grant invulnerability, infinite ammunition, etc. etc. No, do not rush to go to Chemax or other similar web resources, because cheats in this toy work in a completely different way. You literally have to look for cheat codes in the levels of the game. That’s right, you cannot become a god at the very beginning of the game. Cheat codes are hidden behind the question mark bonuses that are scattered throughout the levels. On the one hand, the developers managed to make another collectible out of cheats, on the other hand, they cannot be used at will, which is not good, for example, for players who have lost their saves and want to frolic in a video game that has long been passed.

A message from the developers 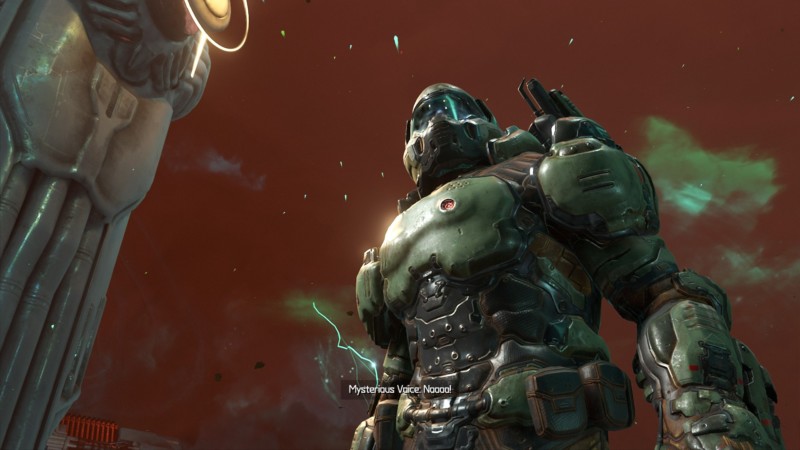 Did you get a good look at the map tab in the Doom Eternal menu? The fact is that at some point in the game, a certain audio file supposedly appears in this place. At the moment, no one yet knows what exactly is contained in this audio, because it is encrypted, but many fans of the game assume that this is a kind of message from the developers.

Another return of Doom and Doom 2 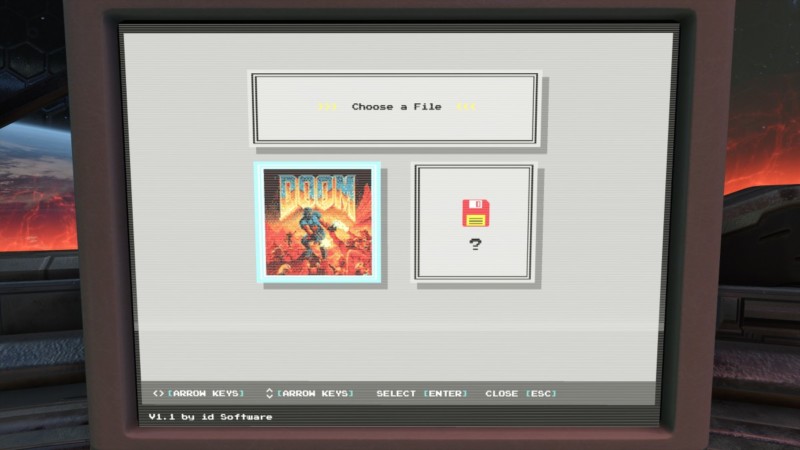 Unlike Doom 2016, where the classic levels of the Doom series could be accessed directly in the game and later in the main menu, in Doom Eternal the classic levels of Doom 1 and Doom 2 are unlocked after completing the main storyline. It is enough to go to an old computer on Dumgai’s personal base, Stronghold of the Guardians, and launch the original Doom. But what about Doom 2? Here everything is a little more complicated: to gain access to the second Doom, you need to enter the FLYNNTAGGART code in the corresponding menu. Did you know Flynn Taggart is Doomgai’s real name? 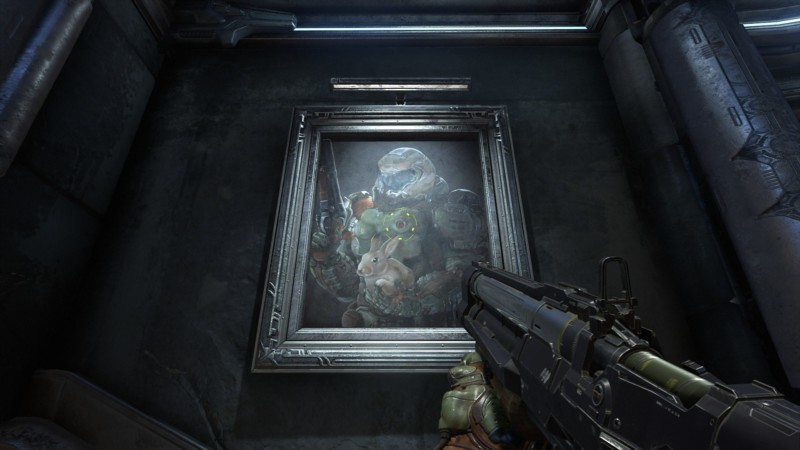 This is what we are, in Doom Eternal there are numerous references to the rabbit Daisy. On Dumgai’s personal base, you can see a rather epic portrait (↑), plus you can see a live rabbit on each (!) Level. The latter, by the way, is very difficult to do, because the rabbits are hidden in very secluded places. It is also not clear if this is a real rabbit or a fragment of Dumgai’s imagination. 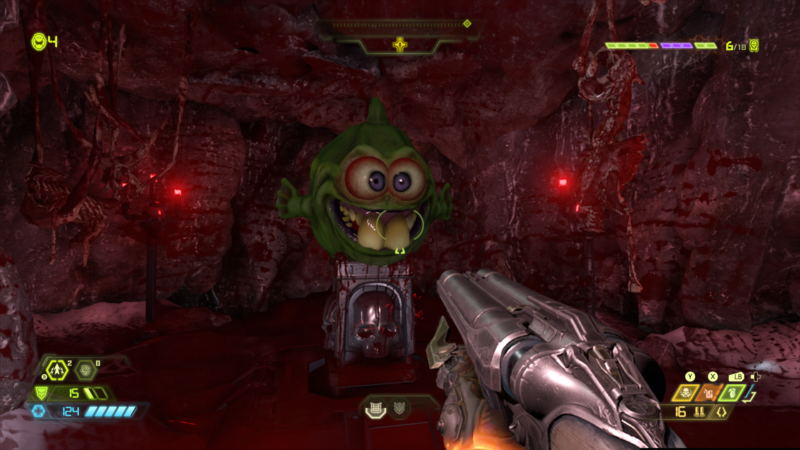 As you explore the nooks and crannies of Doom Eternal’s levels, you may have stumbled upon an eccentric green fish. It has a cartoonish design and does not fit into the meaty atmosphere of the game in any way. This fish is called “Dopefish” – a reference to the Commander Keen series of games that were released back in the nineties for the PC. Bethesda tried to revive this franchise by releasing the game of the same name on mobile platforms in 2019, but today few people care about Commander Keane, and therefore the release was notoriously a failure. Funnily enough, the toothy fish is far from the only reference to the Commander Keen series. For example, somewhere on the sixth level of Doom Eternal you can find a shop called “Dopenuts and Keen Candies”.

We’ve told you about ten of the most interesting secrets in Doom Eternal, but that does not mean that this is all that the game can boast of. Consider that you have found something really interesting in this toy? Share it in the comments!

Exotic weapons and armor in Destiny 2: Beyond Light

The best dinosaurs to tame in Ark: Survival Evolved