Among Us is an incredibly popular cheating game where one or more impostors are on the team. It is necessary not only to survive, but also to figure out who exactly is a traitor and a part-time murderer. This is great training for developing your detective skills. The game makes you doubt your friends and have fun. However, Among Us is far from the only game that allows you to survive deception and become paranoid. There are dozens of great board games that teach you not to trust anyone, some of which are the simplest as well as the more complex ones. Every fan of Among Us will be able to find something of their own.

A stealth game where secret agents try to infiltrate a dangerous object. One of the players must try to avoid the others, who ruthlessly hunt him down. The main task, as in Among Us, is to outsmart the rest of the players. Hunters will see the scout only if he is in the line of sight. They also have their own tricks that help track down the spy. Before us is a kind of hide-and-seek game, exciting for both parties. The only pity is that there are no convenient ventilation holes where one could hide and quickly hide from the scene. 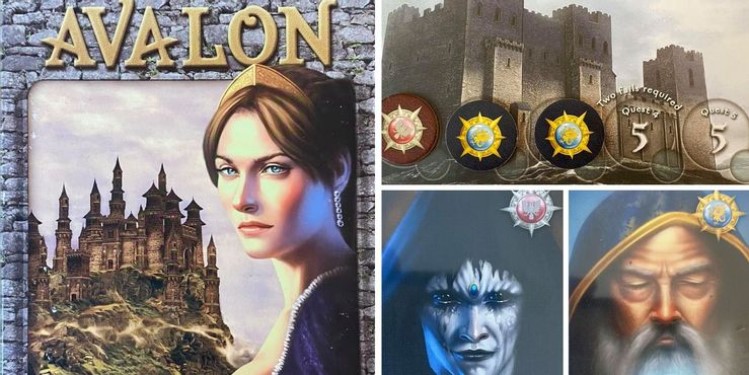 The sci-fi setting throws us back into the Middle Ages, but the game retains the main idea of ​​deception. Players must complete 5 tasks, it just sounds simple. In fact, among them the minions of Mordred are hiding, it is necessary to find out on the basis of deduction who is bad and who is good. Moreover, you should have time to do this before it is too late. Avalon is best revealed in a large group of players, in general, like Among Us. Game games can be very hot, and building trust can be tricky. Plus, there are also minor roles in the game that increase the involvement in mind games. 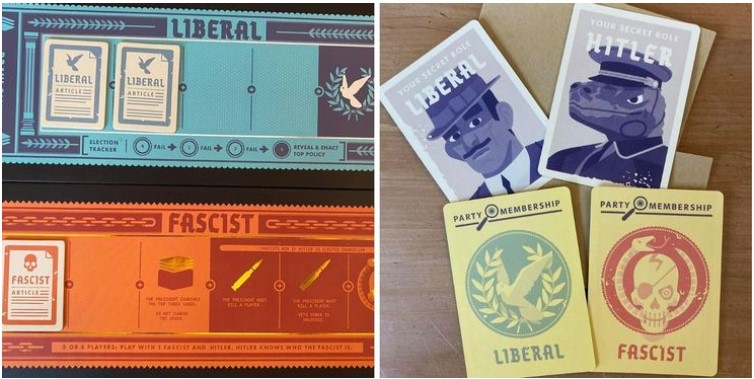 Secret Hitler is another stealth RPG game where players have to figure out who Hitler is before he comes to power. In each round, the players vote for the president and the chancellor, and they already introduce their own rules of the game. None of the participants has complete information sufficient to declassify Hitler. The game requires constant discussion, the Nazis are forced to constantly come up with stories to explain the approval of evil policies. Liberals must do their best to prevent Hitler from becoming chancellor. Here are short gaming sessions, but very active, they cause constant distrust of friends, of course, in a playful way. 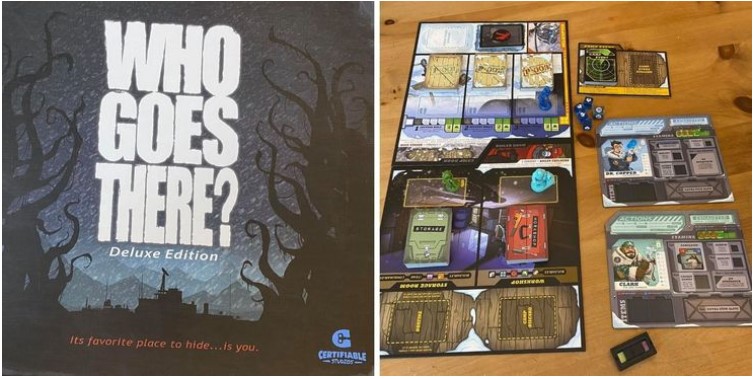 The board game is based on the book of the same name. It allows you to feel all the acuteness of the feeling of paranoia. Until the arrival of the helicopter, close-knit work is needed, otherwise it will not be possible to survive or withstand an infection of alien origin. You can go through the whole game, and there was no impostor in the team, but doubts will persist constantly, and distrust only grows with each playthrough. A highly challenging survival game with elements of betrayal, it is somewhat underestimated by the community. All because of the high difficulty and long gaming sessions (about 3 hours), but it gives a fantastic experience. 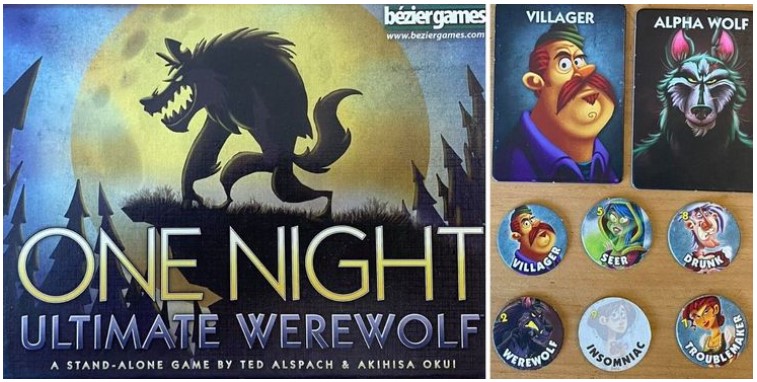 The classic Werewolf game is now 10 minutes long. Before us is a game that makes you think all the time who is a harmless villager and who is a werewolf. Perhaps they themselves took the dark side without knowing it. For half the session, everyone has their eyes closed; in the morning, no one remembers what exactly happened in the evening. Then there will be 5 minutes to discuss, interrogate and decide who is a werewolf. This is a great party game for a lot of people. Expansions for her allow you to introduce vampires, aliens, superheroes, creating chaos and confusion.

Board Game One Night Ultimate Werewolf 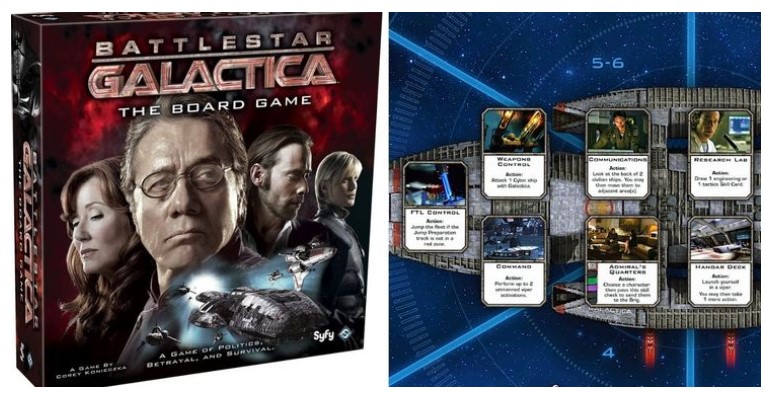 Anyone who wants to see Among Us more expansive should give Battlestar Galactica a try. Players are obliged to provide full assistance to humanity in terms of survival, while simultaneously figuring out the essence of the secret Cylon. The game makes you play scams for a long time, creating sabotages. It can be quite complex if you understand its rules in depth. There are tons of unique roles, abilities, and additional missions here. One session will take about 2 hours, but the immersive gaming experience is worth it. Even after capturing the Cylon players, they continue to play and wreak havoc, but they are already fighting openly. 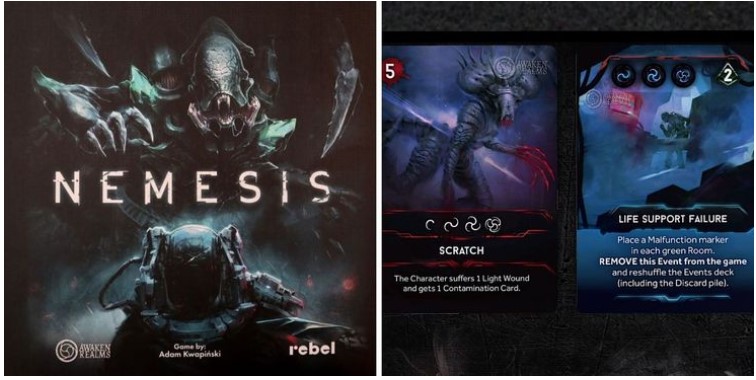 Nemesis brings a lot of science fiction and pure horror to the genre. Players should at least try to clear the spaceship of deadly aliens, who are far more fearsome and graceful than the impostors in Among Us. Each character gets his own set of skills that should help him survive. The game gives a wide variety of roles and tasks, from time to time there is even a desire to betray each other. Yes, it is not cheap, but very atmospheric and exciting. 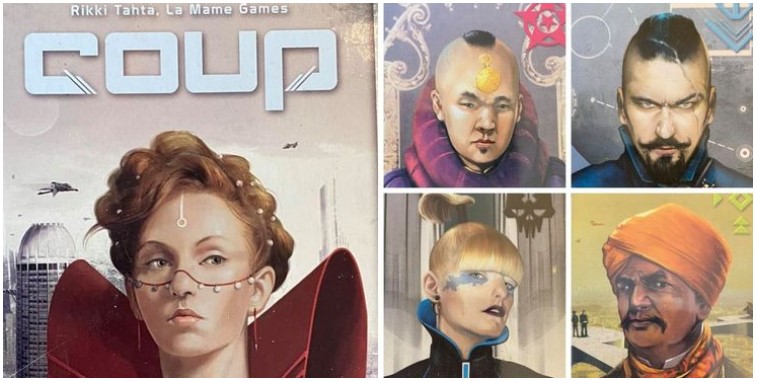 Transforms the chaos of bluffing from Among Us meetings into a dynamic pastime with elements of elimination. Constant pretense, punishment for lies and risks will not weakly tickle your nerves. If we blame a liar, he has minus 1 life. However, if he was honest, the accuser loses his life. Each player is given 2 life, so you need to think several times before blaming. The game is very compact, fast and gambling – a good option for those who like to carry it with them.

2. Escape From The Aliens In Outer Space 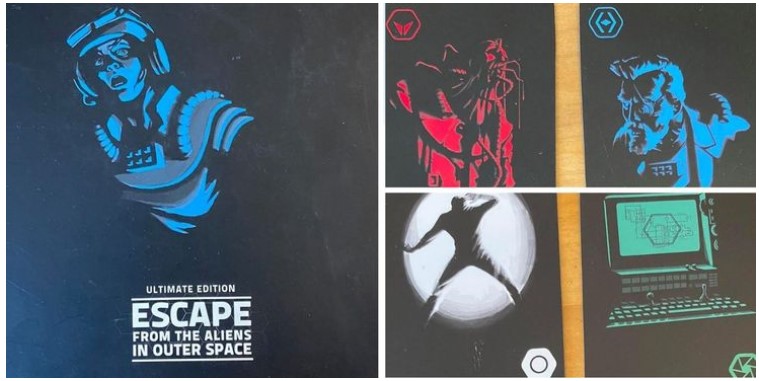 Fantastic game with an unusual take on the genre of hidden roles and movements. If in Among Us players see each other and can use them to compose fables, then in Escape From The Aliens In Outer Space, the roles of everyone are hidden. Nobody knows anything, not even the location. All information is classified. The events take place on a spaceship that has been attacked by aliens. People are obliged to reach the escape pod, leaving their comrades behind. Aliens must hunt down people and destroy them. The very intense gameplay requires collecting small details into a coherent picture, trying to figure out the situation until it is too late.

Board Game Escape From The Aliens In Outer Space 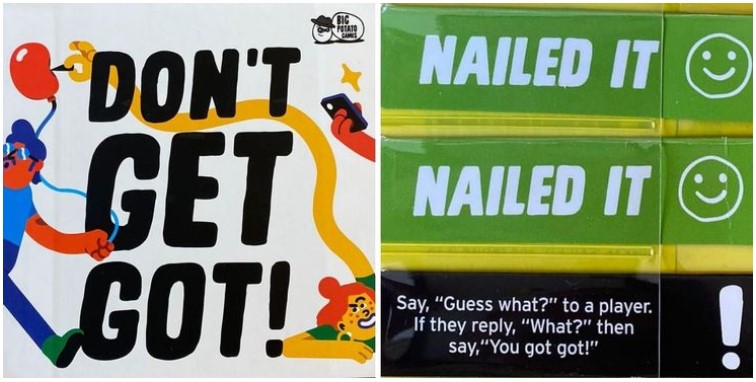 This game will appeal even to those who generally don’t play. All events revolve around a group of people doing small tasks. You need to try with all your might not to fall into the trap. The board game is more like a real event than a gameplay. Everyone gets their own secret missions, the game itself at this time remains in the background. The process can take a day or even a week. Don’t Get Got guarantees that you have to doubt each other, because it is very difficult to understand who is trying to cheat whom. Small challenges are fun to do.

Don’t Get Got Board Game