The release of Cyberpunk 2077 is called the main event of the gaming world for a reason. This is a huge open space with its own unique style and complete freedom of action. In this game you have to develop your character, and with the pumping use more and more powerful equipment. One of the features is the unique skills of the hero. There is a very large tree of skills here, and depending on the chosen path, the character becomes stronger or loses to competitors. You need to understand which perks should be downloaded in the first place in order to make your game more productive. Here are the 4 best options that every gamer should upgrade.

In Cyberpunk 2077, the player can independently choose how he will go through a particular mission. It is not necessary to crush all enemies, it takes resources and a lot of time. You can choose a stealthy path, bypass enemies, and make stealthy murders. To do this more efficiently, you need to pump Ghost Perk, this is a special skill that allows you to become invisible.

This perk makes it so that the enemies need an order of magnitude longer to detect you. As soon as there is a risk of identification, an eye appears above the head, which indicates the danger. At this moment, you can pause, hide behind obstacles and thereby avoid a big battle.

This ability will be especially useful at high difficulty levels, when it becomes much more difficult to confront strong enemies in large numbers. But also this perk is suitable for any other playstyle, even if you prefer active combat, stealth is never superfluous. 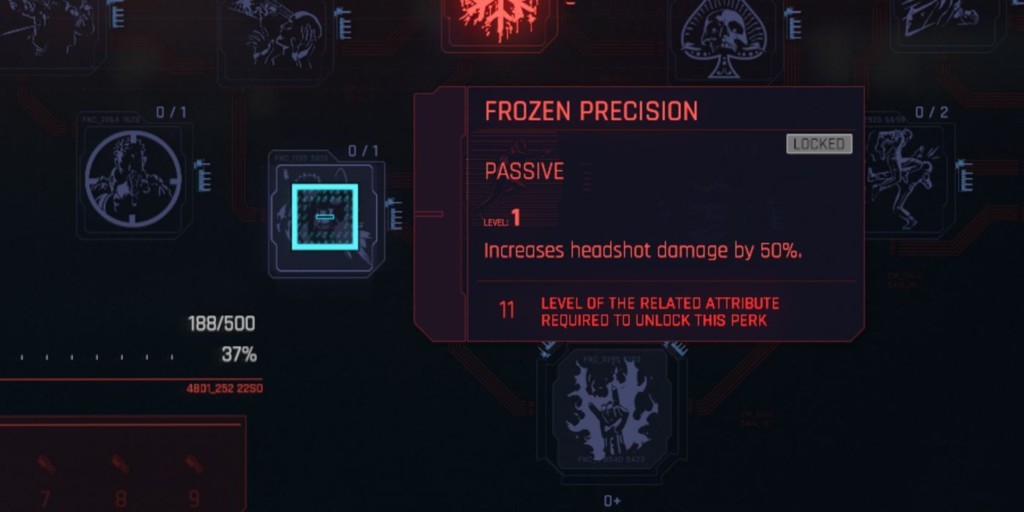 Cyberpunk 2077 players have the opportunity to use a huge number of different firearms. Someone chooses explosive equipment, someone runs with a pistol, someone prefers an automatic gun. But for any playstyle, the Frozen Precision perk will be extremely useful. Its pumping will not remain unnoticed, you will immediately see that enemies are destroyed much faster.

This perk applies to any firearm, so it will suit even the most unique character build. In fact, along with it, the damage on a hit to the head will be significantly higher, enemies are destroyed with one accurate shot.

Also in annihilation it will be possible to unlock the Dead Center perk. It’s pretty much the same, but the damage is increased when hitting the torso, which will be very good news for not the best shooters.

The world of Cyberpunk 2077 is built on amazing technology. In it, all people can receive certain improvements, they supplement themselves with various mechanisms in order to become stronger. You can also see the strong development of robotics. During the gameplay, you will have to hack a huge number of drones and mechs in order to obtain valuable information, blueprints or resources. But users have noticed that even the most difficult discoveries do not bring a lot of resources. The Mech Looter Perk is designed to solve this problem.

When you rob drones or mechs with this advantage, the reward will always be greater. The chances of getting really high-quality resources increases significantly. The more supplies you get, the faster the character develops and you become stronger.

Cardio Cure (treatment on the go) 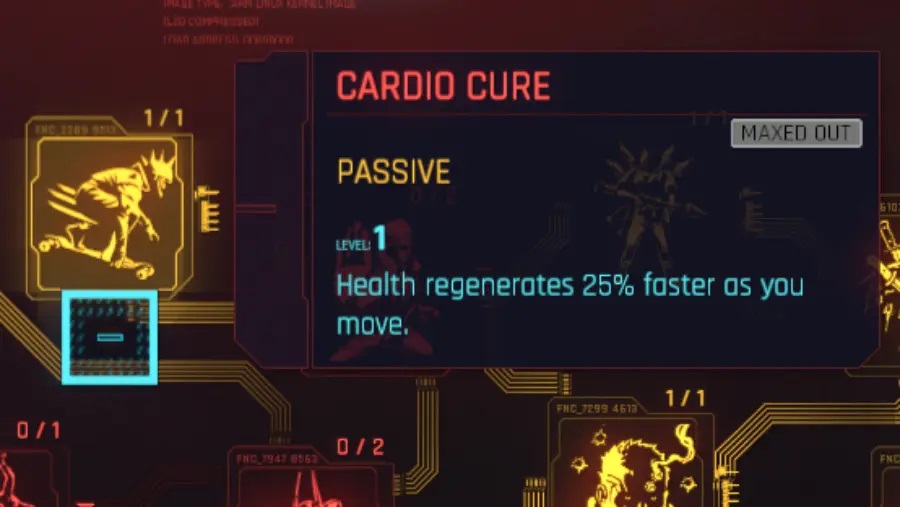 In some situations, it is impossible to win the battle with banal shooting, there are so many enemies that only flight will save. Initially lost health can be restored only when the character is not moving. During battles, it is not always possible to sit still and wait for health to recover. This perk works even while running, which significantly increases the survivability of the protagonist. Now tactical retreat in battle will be more effective and will give you a better chance of winning.