According to most predictions, Assassin’s Creed Valhalla will release after the 2020 holiday season (sometime in October or November). The game will take us back to a time when fur looked very cool, and the ability to throw axes is a skill that you can be proud of and add to your resume. The demand for RPG games from the Viking Age is stronger than ever before. Everyone wants to see sharp, expertly forged axes, lots of blood and, of course, perfect beards. It is impossible to imagine a Viking without a thick beard. This will be a kind of training session before Assassin’s Creed Valhalla.

No game can show the Vikings in all their glory and from different angles. Yes, robbery is an important part of that time, but they also knew how to trade and were skilled diplomats. This is often forgotten. We must not forget about the rich Scandinavian mythology, full of stories about gods who walk between people. We’ve compiled a selection of 8 of the best viking games that won’t seem like a long wait for Assassin’s Creed Valhalla. Competition genres range from simple adventure games to powerful storytelling games. 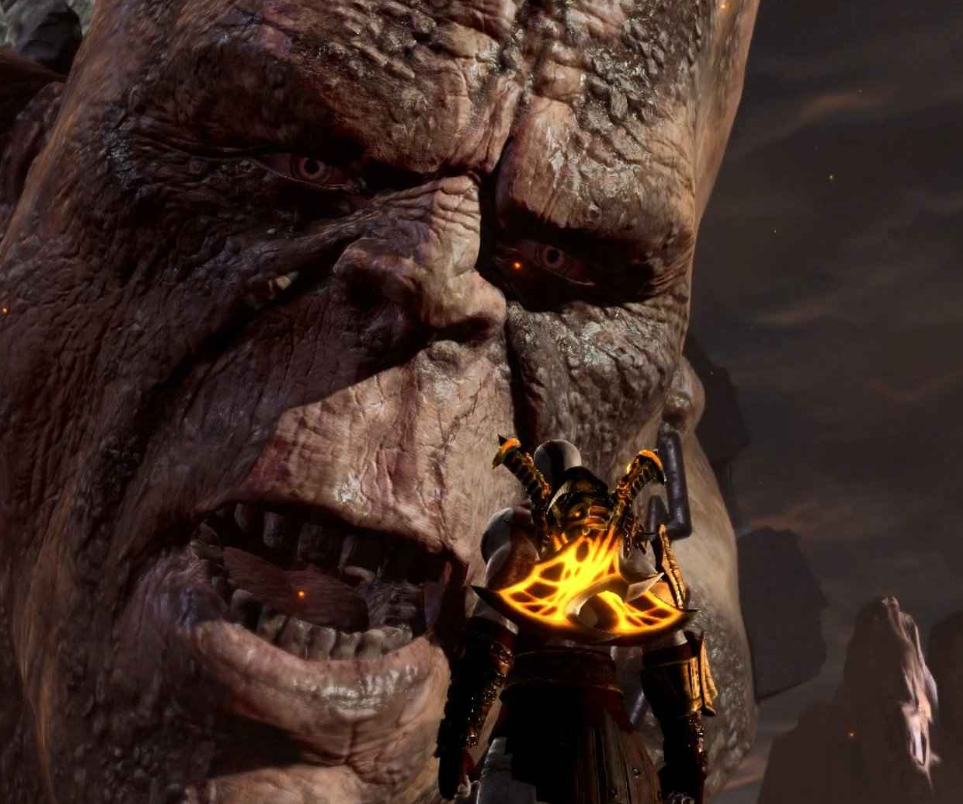 You can’t start talking about Vikings and not mention the most famous game – God of War 2018. After the fall of the Greek pantheon of gods, Kratos decided to start from scratch in ancient Norway. He settled down a little, grew a beard and gave birth to a son, Atreus. A few years after his birth, Kratos became a widower. Together with his son, he intended to scatter the ashes of his wife from the highest mountain.

Much of the Viking games try to build a story with historical accuracy, but God of War took a different path. The world is based on Scandinavian mythology and the Norse pantheon of gods. After another meeting with them, Kratos has to remind himself again that most often the gods are terrible. At any danger to his son, the main character will overcome any obstacles and destroy even the most powerful opponents, including the gods. 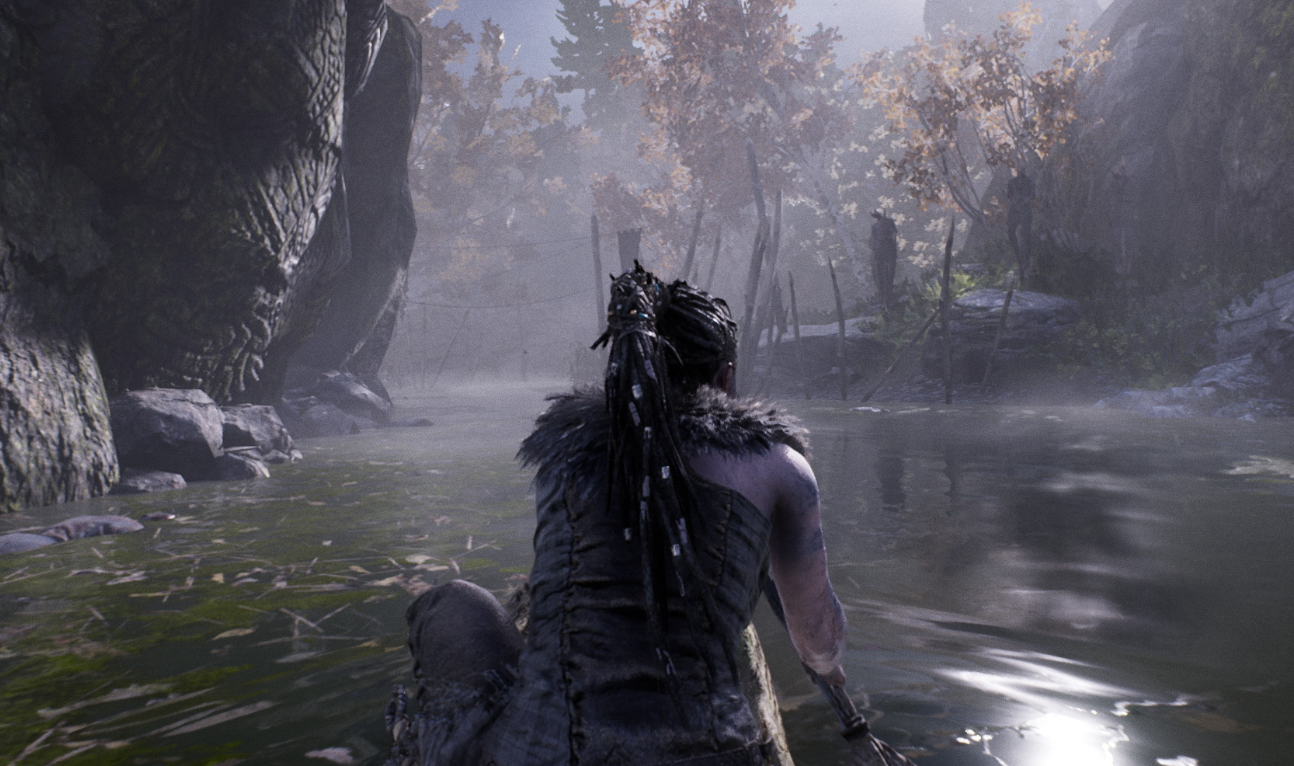 Starring Senua, a Pictish warrior girl who seeks a way to overcome Helheim. She wants to find the goddess Hela and save the soul of her lover. Throughout the passage, the player will observe strange events in the mind of the fury. She will quarrel, comment, praise and laugh at the decisions of the main character. Sometimes consciousness even tries to deceive her and drag her into darkness. 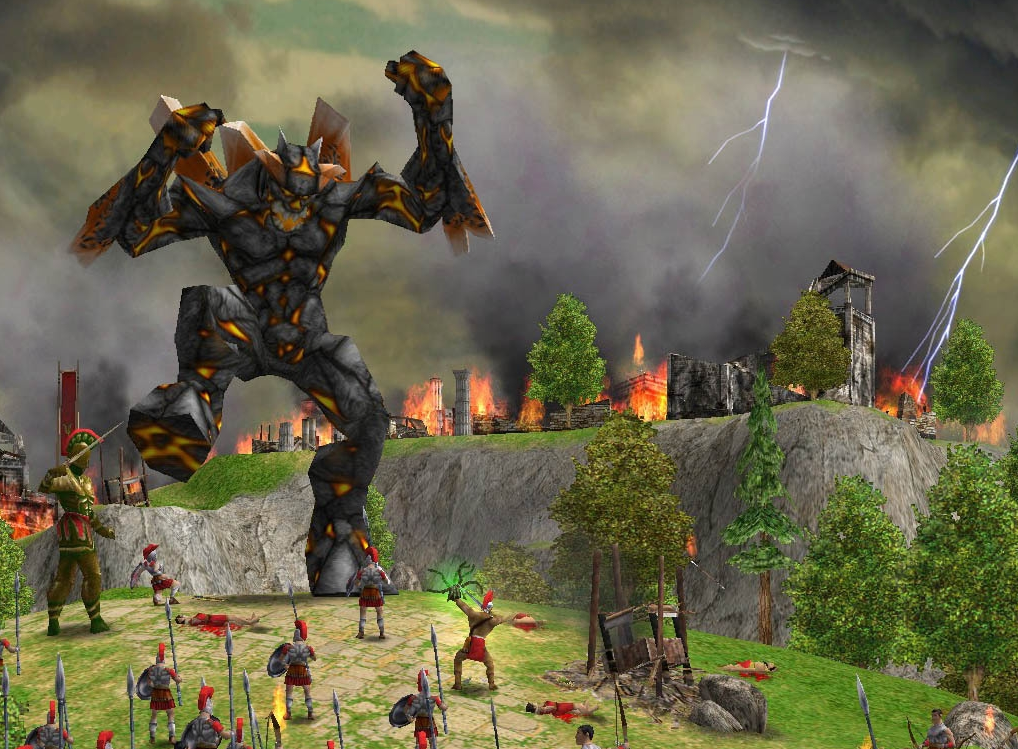 The game may be 18 years old, but it uses the best features of the magnificent Age of Empires and brings everything into a mythical course. Norway is just one of 5 cultures to play as. The rest are Greeks, Chinese, Atlanteans and Egyptians.

The player will have to collect food, extract wood and gold. Then, with the help of resources, you can build houses and increase the number of settlers. In the future, it will be possible to build walls and create soldiers. The most interesting thing is the call of the gods: Skadi, Heimdalla, Tyr to participate in battles with the nearest settlements. 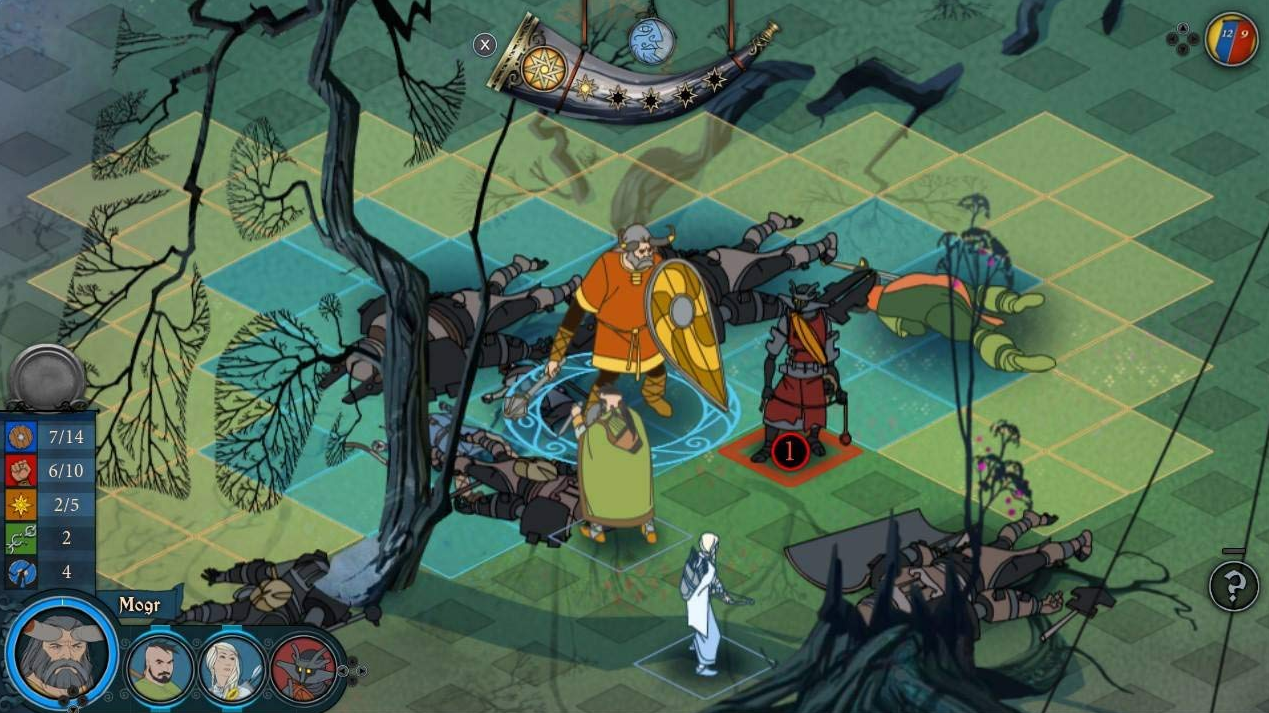 The Banner Saga series is proof that gaming is true art. The tactical RPG game focuses on the choice of the player, who will have to move his caravan through a harsh yet colorful world with a lot of Norse mythology. The best element of The Banner Saga is the attractively drawn animation. Many people also like the fact that in the game everything depends on the decisions made by the user. 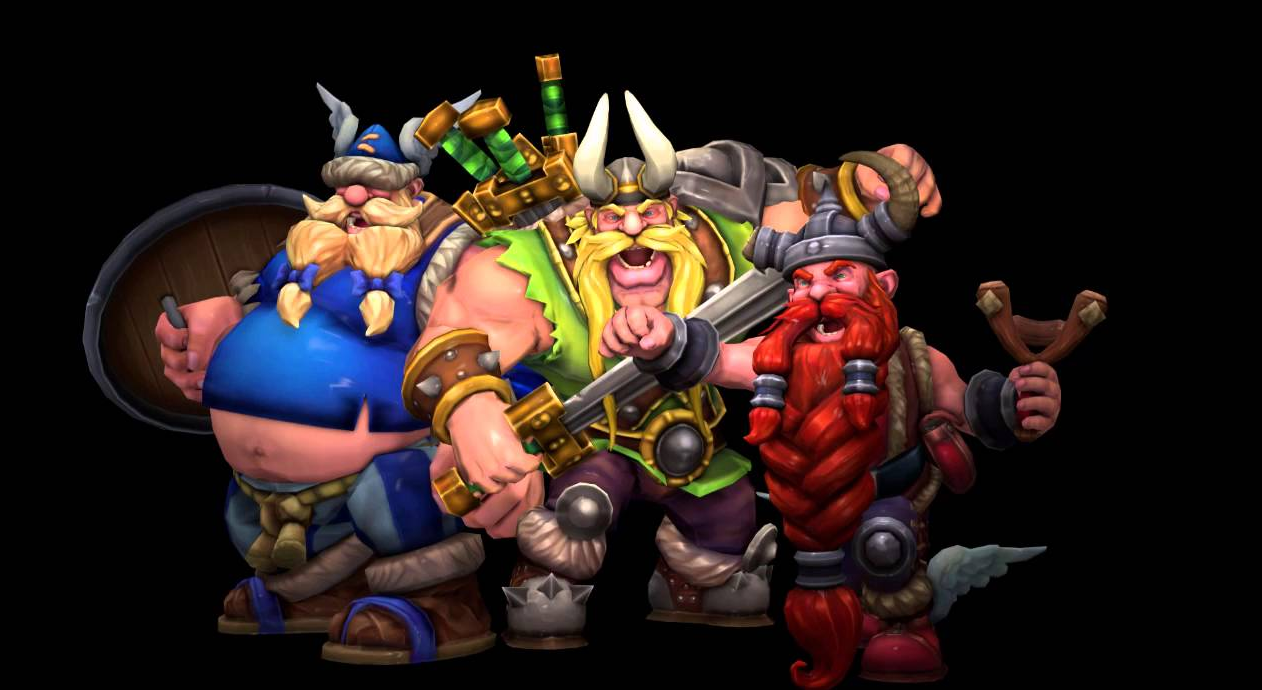 The start of work on The Lost Vikings began to boil at Silicon & Synapse back in 1993. This is a common platformer with puzzle elements in which the player is given control over 3 Vikings: Eric Swift, Baleog the Ferocious and Olaf Stout. To complete the story, you will definitely have to use all the characters. Each of them has its own characteristics: Eric is good at jumping and climbing obstacles, Boleog is good at weapons, and Olaf is a shield, which he can block from various dangers.

“Lost Vikings” with each level immerse the player deeper and deeper into the intergalactic UFO zoo. It’s a fun adventure in which most users don’t recognize the other work from Blizzard Entertainment at all.

Most players already know the project, in which the main role is played by the Dragonborn – a mortal with the soul of a dragon. He conquers various locations of Tamriel and performs all sorts of tasks. As the hero develops, he rises in levels and gains experience, and also gains skill points to customize the character. There is a lot to explore, because the lands of Skyrim are almost immense.

From a technical point of view, Skyrim is not exactly a Viking game, but the locations and design of the lands of Skyrim are very reminiscent of the Norse style of those times. Sovngarde is nothing more than a combination of Valhalla and Asgard. This is Nord’s final resting place. Only the tip of the iceberg is described, there are a lot of references to the Viking mythology. The advantage of the project is that every owner of even old computers can play it, so there is no reason to bypass this game. 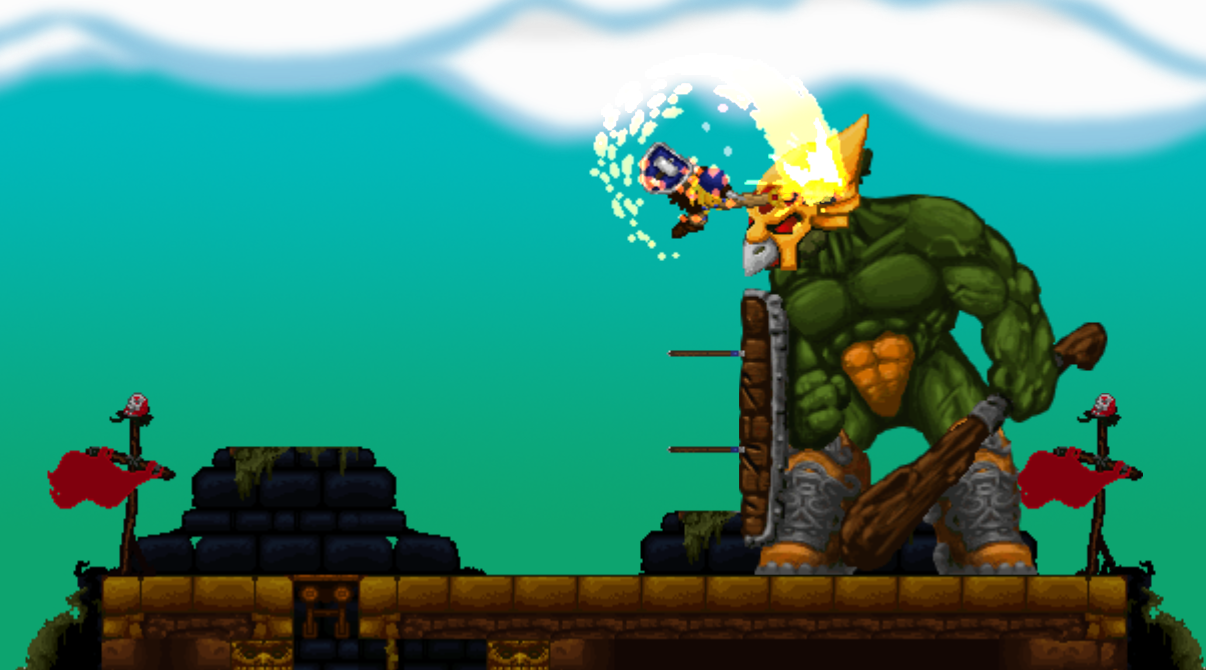 What surprise would it be if Odin himself gave a personal commission? Maybe an ordinary person would have hidden, but not Volgarr. Armed with his sword, spear and shield, the Viking invites you to plunge into a world inspired by Norse mythology. The goal of the game is extremely simple – to kill everyone who gets in the way, and the main task is to defeat the evil dragon. The combat mechanics itself is pretty familiar, but no less interesting from that.

Volgarr the Viking is a nod to classic 80s side-scrolling games. It can be seen that the developers were inspired by the projects Rastan and Ghosts’ n Goblins. 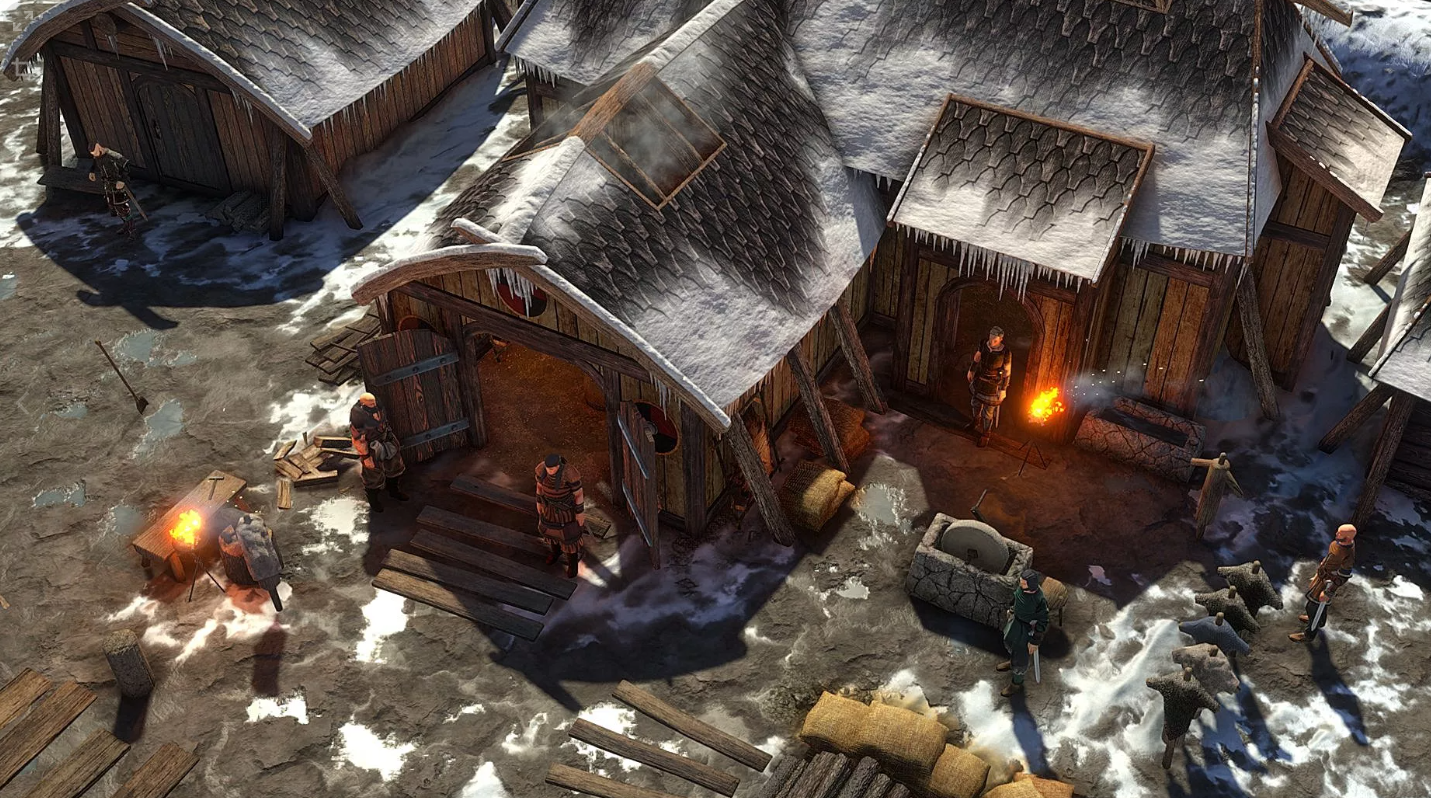 The game mixed Scandinavian mythology with role-playing and team battles. In the main role – the leader of the Viking clan, who recently arrived in England. With the help of diplomacy or brute force, he will have to nurture the strength of the clan and make it a threat to the entire region. The game includes raids, trade, politics and war.

Anyone who enjoys the Viking theme and Norse mythology should love the games listed above. Not all of them have great graphics, but they contain an interesting plot or engaging combat system. Either way, they are worth trying.