Disco Elysium was released on October 15, 2019 and unexpectedly received the RPG of the Year award. The ZA / UM team created a project that in many respects repeats the classic mechanics of tabletop role-playing games of the 80s and 90s. However, it offers a ramified storyline and multiple endings. However, the variety of possibilities at the start is not so obvious. This guide will cover the basic points you need to know before starting the game. 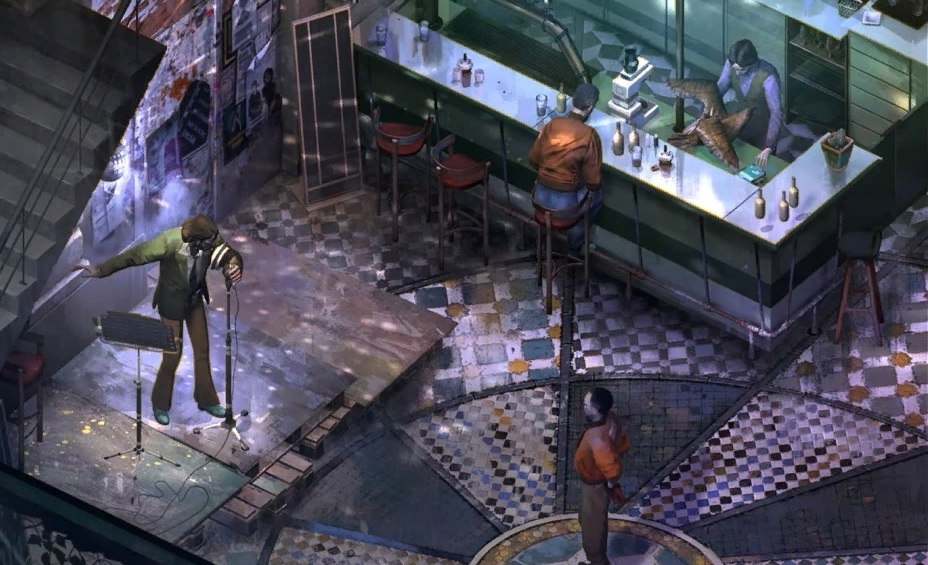 It is better to start the first passage with the normal level of difficulty. First, you have to create a character or take one of the predefined ones. When choosing a ready-made character, you need to take into account that it must match your style and have the appropriate skills. Since during the game it will not be possible to change the direction of development dramatically. There are three options for the gamer to choose from:

If you select the “Create your own character” option, it will be possible to independently distribute attribute points according to those characteristics that we deem necessary. The next step is to select the core skills. Some of them may be higher than others, depending on which characteristics were defined at the beginning. The last thing to do is choose a branded attribute. This skill will receive a +1 bonus, and related skills will have an increased learning cap.

Before you start, decide which character you want to play: a brilliant detective, a smart thief, a great public speaker, or maybe a strong bully. Each of the quests can be completed in different ways, however, when checking skills, some will fail.

What to spend skill points on? Skill points in Disco Elysium can be invested in increasing individual abilities, removing thoughts from the Cabinet of Thoughts, or buying an additional mind slot. It should be noted that you can distribute free points at any time, it is not necessary to spend them immediately after receiving.

Testing the level of individual skills

From time to time there will be a skill check, it is passive and active. In the first case, everything happens in the background and the process ends automatically if the character gets a positive result. Active – you can choose yourself during the dialogues. If the player has a certain skill high enough, the test will pass.

Modifiers are positive bonuses or negative statuses that are added to or subtracted from skills during a check. They can be obtained in several ways: from objects (some of them add a point to a certain ability and subtract from another), stimulants and thoughts after performing a certain action. All modifiers can be checked in the character’s inventory on the left.

The player has the option to repeat some of the failed skill tests under certain conditions. White ability checks can be completed again by leveling up the skill associated with the check or after learning certain thoughts. Red skill tests cannot be repeated. 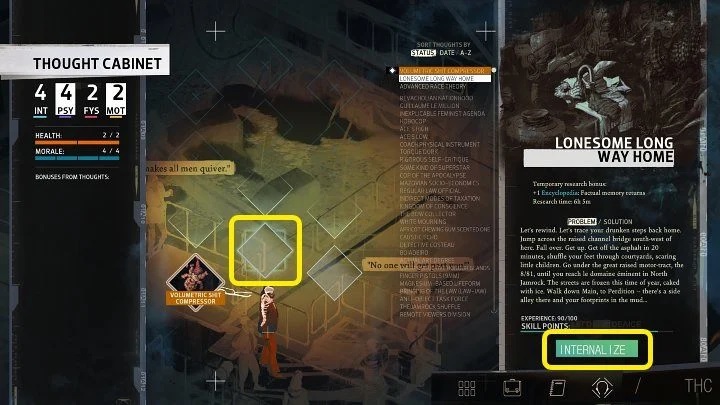 During the passage, there are many different choices to be made, and it is they who can unlock thoughts that can later be studied in order to better adjust the character to your play style.

To study, you should go to the “Cabinet of Thoughts” tab, select a free cell, and then add it from the list on the right by clicking “Assimilate”. The research time varies depending on the type of thought. This can take from several tens of minutes to a couple of hours. After a certain time, the thought will be assimilated and will add a certain bonus.

To stop exploring, in the same menu you need to click “Stop”. After stopping the process, the thought retains its current status and returns to the list, where it can be included later to complete the study. There is also an option to “forget a thought”; there is a corresponding button for this action.

Leveling up a character’s skills is the main way to spend earned points. By going to the hero’s tab, you can check how many points are available and what abilities can be developed. In case of an accidental level increase, there is a “Return” option.

How do I use stimulants? 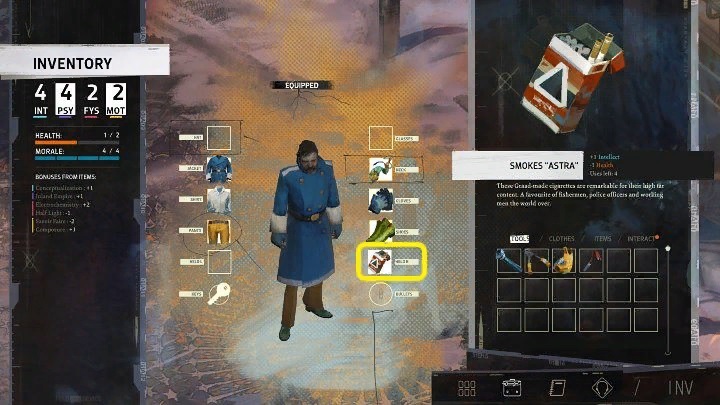 Contrary to expectations, the mechanics of using stimulants in Disco Elysium are not entirely obvious. First of all, you need to have the desired item in your inventory, and then put it into the character’s hand. For example, by placing a pack of cigarettes in the slot, a designation associated with the Electrochemistry skill will appear above the hero’s head, after clicking on which he will get this item.

In the case of alcohol, the character will look at the bottle and then open it. If you reject the thought, for example, of smoking a cigarette, and resist the temptation (“I’m not going to do this”), you may block the possibility of using this stimulant for a while. After removing this item from the pack, you can let the hero light it up. The screen will immediately display information about the received bonus, as well as about the negative effect. In the case of cigarettes, this is a loss of 1 health point.

Narcotic substances temporarily increase the level of a character’s attributes and thus increase the limit of points that can be spent on skills directly related to this. If you distribute skill points in excess of the norm while the hero is under the influence of a stimulant, this limitation will persist even after the intoxication effect wears off. 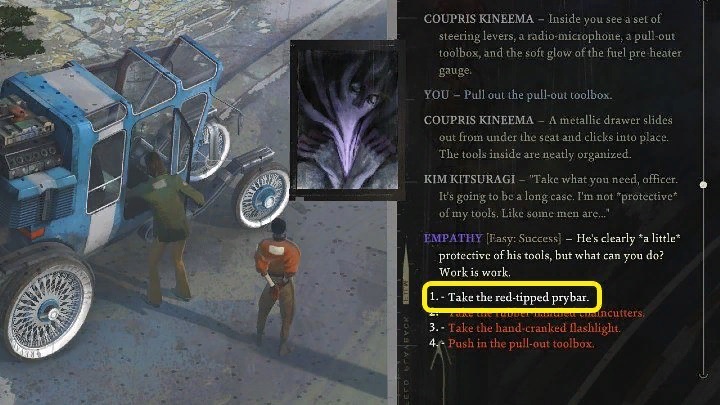 In Disco Elysium, the story is at the forefront, and dialogue is the most important part here. The gameplay boils down to exploring new locations and interacting with the environment or met NPCs. Conversations with them are conducted in text form with the addition of certain sounds and animations, which can sometimes accompany the player’s actions.

Skillful conversation will not only provide the necessary information about the investigation, but can also give the hero additional experience points. These values ​​are not very high, but they speed up the development of the character. During the passage there are many decisions to be made, each of which will have its own consequences. Therefore, it is always worth thinking before choosing one of the response lines.

It is worth noting that successfully passing a skill test often unlocks additional dialogue strings or allows a character to perform a specific action. For example, when you walk past an object, pick up an object, or meet an NPC, messages of a certain color (blue, yellow, purple, pink) appear above the character’s head. The shade of the spheres indicates which attribute will be used in a particular case.

After entering the area of ​​the new location, it is worth highlighting any interactive elements (with the Tab button or RMB) in order to take a good look around. In some places (on the ground, on tables or near containers) you can find money or useful items. Time in Disco Elysium goes by as usual while the hero is walking, talking or doing something else. However, it can be accelerated by sitting on a bench and reading a book (they are bought in the store). Skipping time can be useful if you need to wait for a certain moment, for example, to enter a closed room.

By default, the main character moves rather slowly, but he can be made to run by clicking LMB in the right place. And by holding LMB after double-clicking, it is possible to control the character by directing the cursor to the desired point, without the need for constant pressing.

Locked containers can be broken open with a crowbar. If it is in inventory, next to it the boxes will be highlighted in blue. Scrap can be found in Kim’s car, not far from the hotel – the starting location of the game. 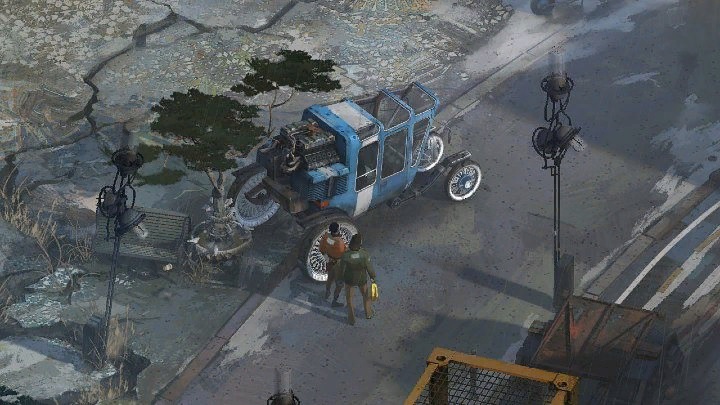 The protagonist may die

A character can die in different ways – even in the first minutes of the game. This is something to keep in mind, especially when you are trying to perform some dangerous action. It is also worth noting that the hero can lose health and morale during normal dialogues.

Save as often as possible

You can save in Disco Elysium without restrictions, and this opportunity should not be neglected, since the simplest actions can lead to unexpected consequences. Make a save whenever you are about to make an important choice or use a unique behavior.