This guide covers all 17 stages of learning in Destruction AllStars, and explains how to avoid potential problems with starting subsequent lessons, as well as re-going through the tutorial.

The tutorial starts automatically the first time you start the game. While the 17 lessons seem like a lot of information that you might be tempted to skip, they are actually very short and take a few minutes to complete. But thanks to this, in the arena with other players you will not have to delve into the essence of the matter for a long time and figure out what abilities are available and how to activate them.

Important note – try not to start each stage ahead of time. Always wait for the game to display new instructions and commands. Performing actions too quickly can cause problems with starting the next lesson or it will start with a certain delay.

After landing in the arena, press the Triangle to jump into the nearest vehicle. Then press the R2 button to start moving and accelerating. The “jump in the car” command will only work if the player is next to an unoccupied car. If the car is on a high ledge, you must first climb it, since teleportation to the cockpit does not occur.

Use the left analog stick to rotate several times in each direction. Then practice braking the car and engaging reverse gear by pressing the L2 button. During the game, such a maneuver can be useful for quickly changing direction of movement. The screen will constantly display information about the car’s energy scale – you can ignore it, but you should always monitor your health level. 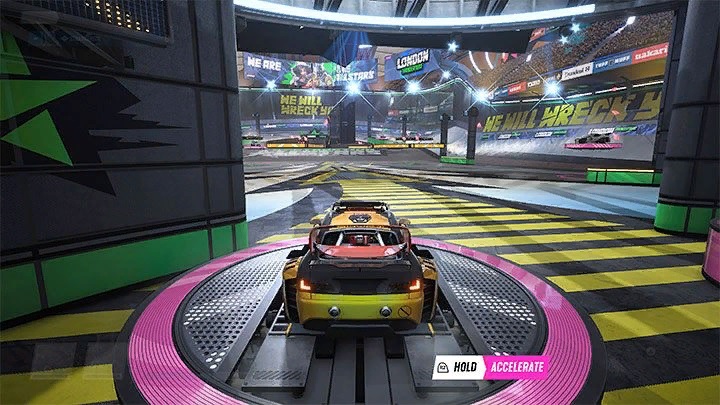 The next lesson explains how to ram with a car. To do this, you need to tilt the right analog stick up so that the car accelerates and can forcefully hit the enemy. At the same time, you can practice side ramming by pressing the joystick left and right, trying to knock the opponent’s car off the intended trajectory. Thus, he can fly into an obstacle or simply fall behind.

At the next stage, another machine will appear in the arena, on which you can practice the acquired skills. It is worth paying attention to the frontal and side collision markers. These are located above the vehicle’s energy bar and indicate its readiness to ram. At the end, you will be prompted to eject by pressing the cross. This feature will come in handy when the player’s car is badly damaged and may explode. 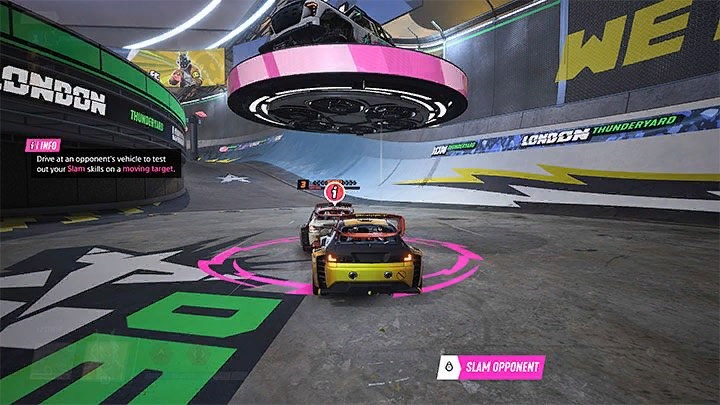 Next, the second stage of the training will start, in which the main focus is on walking. The player will be asked to overcome various obstacles by jumping by pressing the Cross. In the lesson on collecting the fragments, you have to climb high ledges. And then the meaning of the lightning over the player’s head is explained. This suggests that a collision with an enemy car is possible at the nearest moment, therefore, by pressing the circle, you can try to dodge the blow. 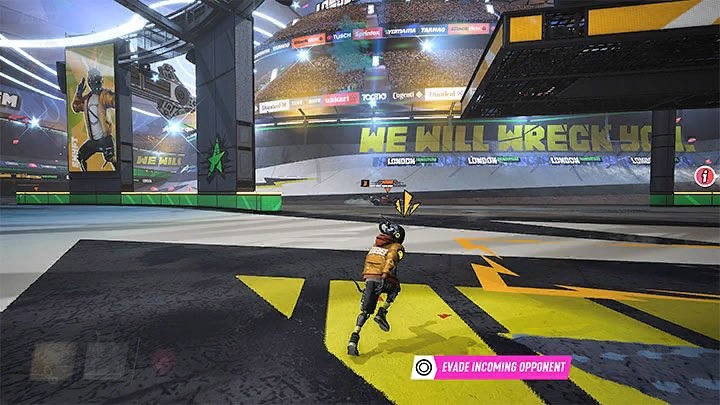 The next lesson is devoted to jumping on rivals’ cars. This is needed when your vehicle is destroyed and you need to get a new vehicle. The hook works on the Triangle key when the character is next to the car. After landing on the car, the balance minigame begins. You must quickly press Square or Circle when their symbols appear on the screen. Whether you fall off the roof or not depends on the success of your actions. Once you manage to gain a foothold, you can destroy the car by pressing Square, or try to push the driver out of the car by pressing Circle. However, during training, the choice does not matter. 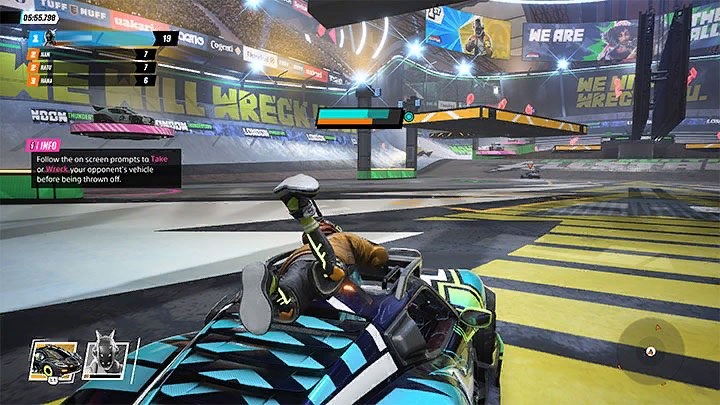 The next step tells how to activate “Breaker” – a special ability of the hero. It turns on by pressing the R1 key after it is charged. It is worth noting that each of the 16 available heroes has its own unique ability. One can become invisible, the second, with the help of a power blow, push cars back and so on.

At the final stage of training, the game introduces us to mega-mobiles. Each of the heroes has their own unique car that can be summoned to the arena after filling the readiness bar. To do this, press the L1 key. The car will appear on the platform, which you then need to jump onto. 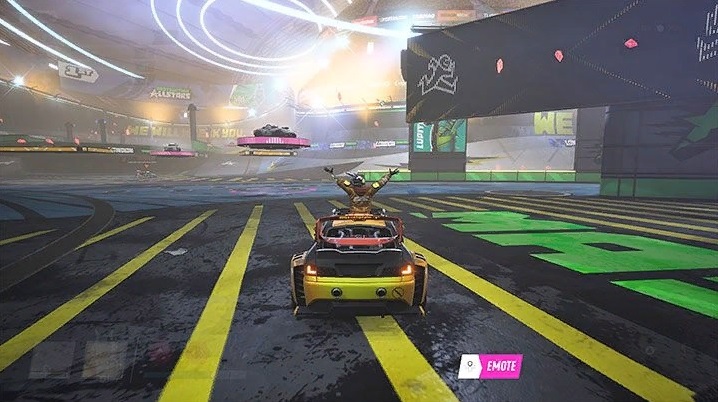 The last step in completing the training is working out emotions, that is, special animations. You need to press the up button on the crossbar while driving your mega-mobile. After successfully completing the last task, a message will appear stating that all 17 lessons have been completed.

How to complete MLS Foundations objectives and unlock Boyan Krkic in Fifa 21?