The Champion System is an extremely unique game mechanic in The Elder Scrolls Online. Any character will start accumulating Champion Points after reaching their maximum level 50. These points can be used not only by one character, but by all characters present on the player’s account. Moreover, newly created heroes can also use them.

What is the champion system and how does it work 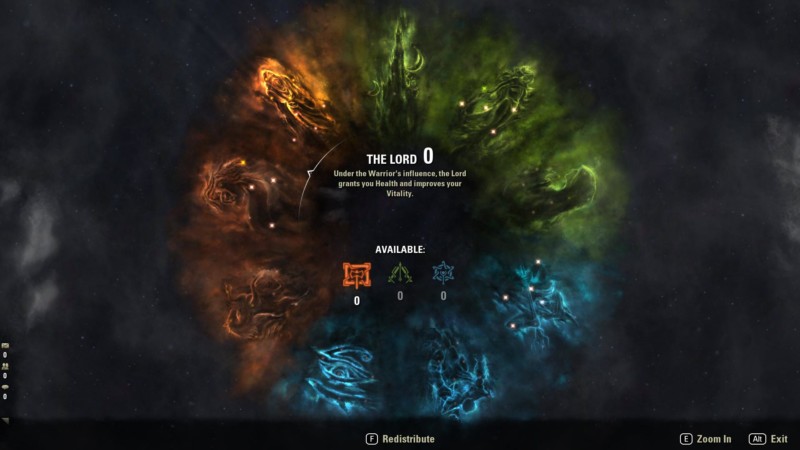 As soon as your character reaches level 50, he will gradually begin to accumulate champion points. These points can then be invested in three distinctive skill lines:

In addition to skills, the champion system will give you additional resources and perks. By pumping to the maximum each of the above branches, you can get:

Now for the perks. Each of the three branches of the champion system has three constellations, and each constellation contains four perks that provide the character with all kinds of bonuses. In total, 36 unique perks are obtained. These perks are unlocked as champion points are invested in certain branches and constellations. Do not worry that you will miss some perks, because they all open strictly in order.

810 is the maximum level of the champion system, at least for the time being. 270 points in each of the above three skill branches. Now with regard to the so-called “enlightenment”. Upon reaching level 50, thanks to this mechanic, you will receive 400 thousand experience points daily, but not for any one character, but for the entire account in principle. “Enlightenment” will last for twelve full days, after which you will again return to the standard experience. By the twelfth day, you will have accumulated a whopping 4,800,000 experience.

How to get the Firebrand blueprint in Call of Duty: Warzone