the location of all weapon mods

In Resident Evil 3, you can find a fairly extensive arsenal of weapons, more than half of which the game gives players strictly according to the plot. The rest of the guns will have to be obtained on their own, performing various, not always obvious actions. Also in the world of the game, you can find several improvements for weapons, which greatly increase its effectiveness in battle.

Considering that Jill’s opponents are almost immortal zombies and the ultimate killer of members of the STARS squad, Nemesis, it would be nice to prepare for the upcoming battles. Don’t you think so?

Finding all the weapon upgrades in Resident Evil 3 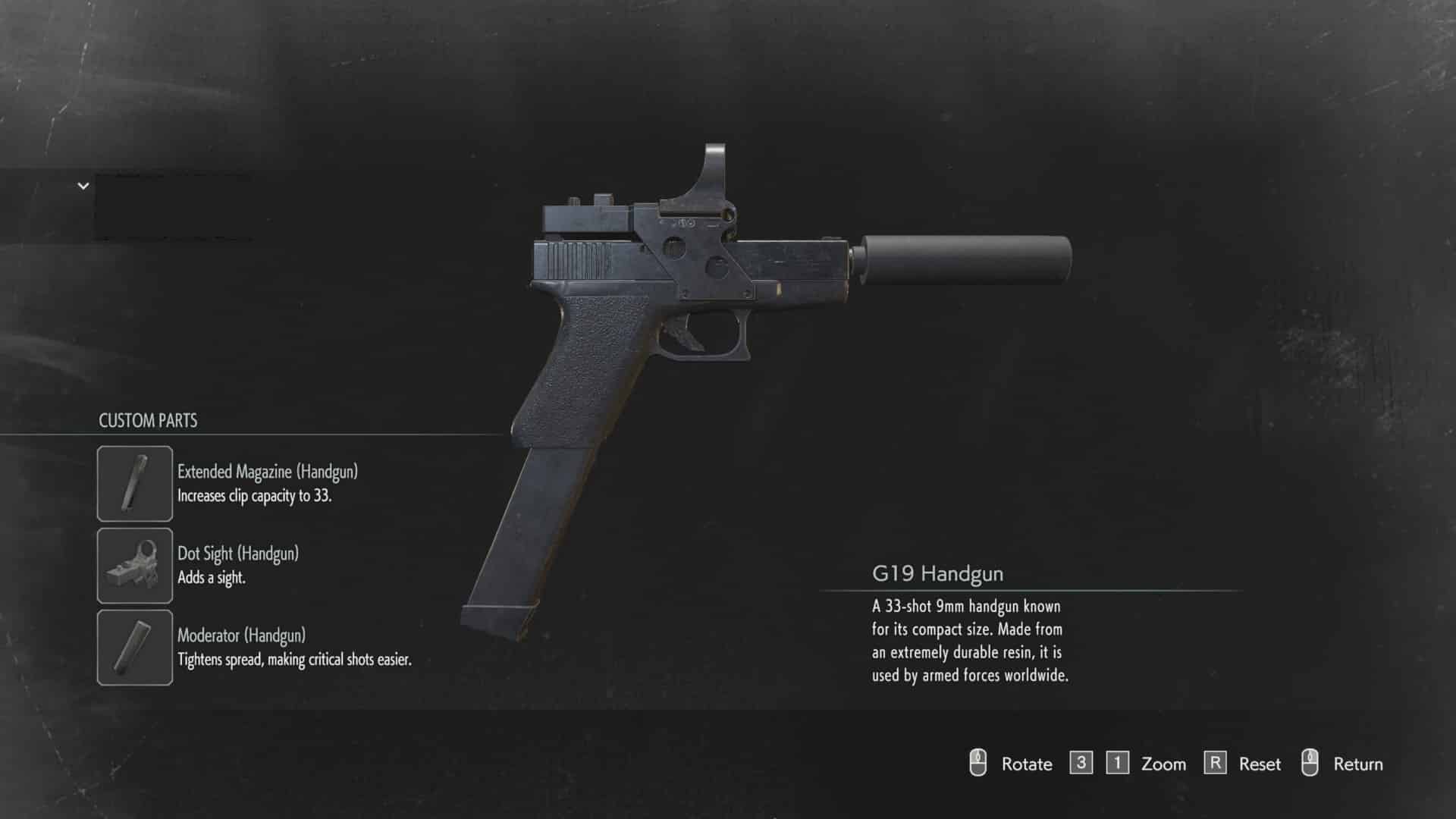 Important: the location of the weapon upgrades is not shown randomly, but in chronological order.

Get to the diner warehouse. You should see the Kite Bros Railway sign in front of you. Head inside this warehouse and head past the shelves. Walk until you reach a green safe. A lantern will shine on the safe. The scope for your pistol is inside the safe. To open it, use the combination 9> 3 <7 <(or 9 <1> 8

The Shotgun Stock can be found inside the clock in the subway station. Look for metal shutters in front of an open ambulance. Climb under the shutters and a monument with a huge clock will immediately appear to your right. Go to the monument and open it using the colored diamonds that you could find earlier in the level. The shotgun stock will open when you insert the second diamond.

Immediately after the level with spiders, Nemesis will attack you. No need to run away from him! Shoot at it and shoot until a hefty box literally drops out of it. While Nemesis is stunned, go to the box, open it, take the enlarged clip for the pistol and take away your legs.

As soon as you exit through the donut shop, you will meet with Nemesis again. He will squeeze the head of some poor fellow in the cutscene. Shoot at it with everything you have, because only in this case will a box with a silencer for a pistol fall out of it.

After a skirmish with Nemesis, who decided to take on the flamethrower, you will reach the gun shop called “Gun Shop Kendo” (a neon sign with a blue pistol and red letters). Enter this shop and go to the first shelf to the left of the entrance. The self-loading shotgun barrel will lie on this shelf.

Playing as Carlos, head to the west office at the police station. At the first table from the exit there will be a STARS equipment box. Open it using a special access card and take out the sight for an assault rifle.

Follow Carlos to the hospital and go up to its second floor. Go through the double doors next to the trash bags and follow the open corridor until you hit the doors. Then turn left and look for a broken window with yellow ribbons hung on it. Jump into this open window, and then immediately go right to the flower pot. The tactical grip for the assault rifle lies in the pot.

While in the hospital as Carlos, go up to the second floor and go to the nursing station. You will see a green safe behind the counter. Use 9> 3

Go to the hospital warehouse and find some fuses. The Shotgun Bandolier will be prominently displayed as you head towards the 3rd Fuse Box.

Enlarged barrel for a revolver

So you have found all three fuses. Take the small elevator up to the second floor, where there will be a huge control panel with several chairs. Go around the panel on the right side to abut against the black box. The barrel for the revolver will be in this box.

How to survive orcling raids in the Survivalists

How to get to the Haunted Forest location in Destiny 2