At first glance, it may seem that Star Wars Jedi: Fallen Order is another clone of Dark Souls, but this is completely wrong. True, Respawn Entertainment’s latest project does borrow some of the gameplay mechanics of the Soul Series, but the game is more of a Metroidvania.

Simply put, we explore the locations, stumble upon doors that we cannot open, pump a new skill and return to the locked door to go to a new location. Played Devil May Cry or Castlevania? Here is roughly the same principle, but only with the addition of Dark Souls gameplay. 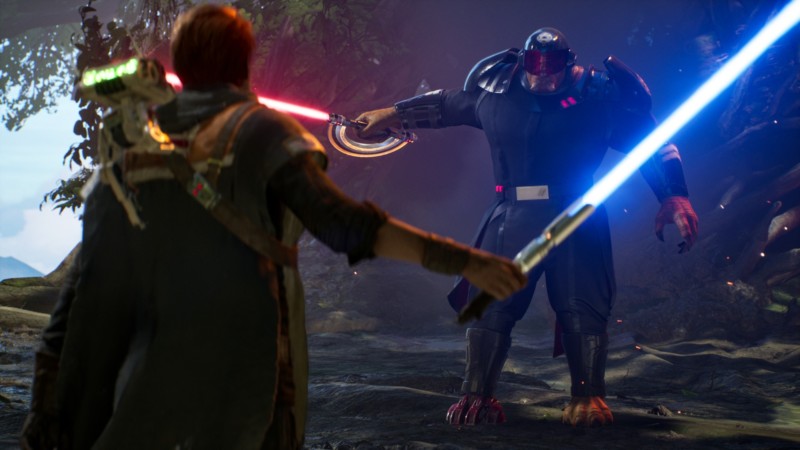 Fallen Order is action, but not really

That’s right, you play as a young Jedi with a lightsaber and you really have to fight with tons of opponents, but for almost half the game you will be engaged in solving puzzles of varying degrees of difficulty and jumping on platforms. Explore every corner of the map thoroughly and you will be richly rewarded.

Try to get used to the default layout

Surprisingly, the controls in Star Wars Jedi: Fallen Order are somewhat different from other games in a similar genre. You may be tempted to go into settings and change the layout, but we recommend not to. Over time, you will realize that the developers did a pretty wise thing with the layout.

We train on the initial opponents

As we said, in Star Wars Jedi: Fallen Order, the emphasis is on puzzles and platforming, however, you still have to participate in the battles. As a rule, your opponents will be either imperial soldiers or local fauna. In addition, at certain stages of the game, you will encounter bosses. To emerge victorious from each brawl, you need to experiment with the combat system and the available abilities. On the easiest difficulty, you can probably beat the game by calling everyone to death, but on the higher difficulties you don’t have that luxury, especially when you enter the arena with the boss.

Use the map often when looking for secrets

Star Wars Jedi: Fallen Order is a metroidvania. Consequently, the map plays an important role when exploring locations. The map in this game is not simple, but three-dimensional. You can consider in all details the parts of the location you need, mark routes for yourself, see what you managed to find, and so on. Played Doom 2016 or Doom Eternal? Here is a map like this. It is also important to remember the following: green – you can go through, yellow – you have not been there yet, red – the passage is inaccessible. The map in Star Wars Jedi: Fallen Order is extremely intuitive and you will definitely need it.

Peer into the environment

In English, there is such an expression as “environmental storytelling”, which translated into Russian would sound like “the presentation of history through the environment.” If you suddenly get lost in Star Wars Jedi: Fallen Order and do not know exactly where you need to, start peering into the environment properly. As a rule, the developers will tell the player the correct path, pointing to it with one or another light source. Do you see a passage in the distance on which the light of a lantern falls? You are most likely to go there, especially if there is a squad of stormtroopers near this passage. Trust your instinct, because it will surely put you on the right path.

Explore every corner of the map thoroughly

Exploring the world around you is what you’ll be doing most of your time in Star Wars Jedi: Fallen Order. Please don’t try to get through this game in a hurry, because with this approach you lose a whole bunch of content. Each map in Fallen Order is a tangle of different routes that intertwine with each other. There are practically no dead ends in the game, and if there are, they usually contain useful loot. We open the map and explore every corner of it, marked in yellow. And no, you don’t have to search for hours: Fallen Order is quite casual in terms of research, but interesting. 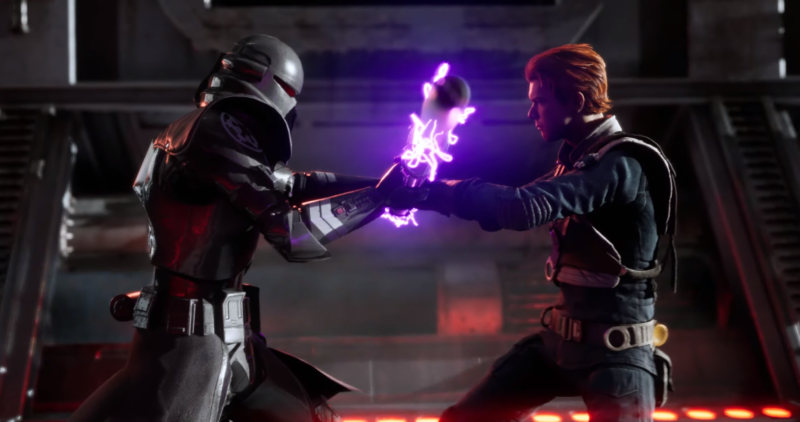 As you progress through the location, BD-1 will jump off the protagonist’s shoulders and point him to places or objects that can be scanned. Don’t ignore the BD-1! For scanning, you will receive not only useful information about the game world, but also experience for the main character, which will be useful for unlocking a whole bunch of useful skills and abilities. Chests, ECHOs, Essences of Life and Strength are what you usually have to scan. Do not miss the chance to scan essences, because they give a permanent increase to the scales of health and Strength.

Personalization does not improve the protagonist

Earlier we mentioned chests – they will only contain items for personalizing the main character, spaceship and BD-1. Among other things, the chests will contain various hilts of lightsabers. However, all of these items are cosmetics. Simply put, they won’t make your protagonist one bit stronger. Leveling is the secret of strength. Therefore, do not bother and dress up your hero the way you only want.

How to connect a DualSense controller to an Android device