In Doom 2016, players could unlock mods for their personal arsenal and upgrades for Praetorian armor – the very same Doomgai suit. In addition, after completing special tests, it was possible to gain access to demonic runes, which endowed the main character with useful perks. Simply put, Doom 2016 had a leveling system, but it was pretty simple, even linear. In the end, this is not some kind of RPG, but a meat shooter from the progenitors of this genre.

A similar leveling system can be seen in Doom Eternal, released earlier this year. Of course, the system has been tweaked and improved to better fit the updated gameplay. I would like to say that all pumping paths are equally useful, but this is not entirely true. Some things you will definitely want to pump right away, and some – put off for later. In today’s article, we’re going to tell you what is best to unlock in Doom Eternal right from the start. 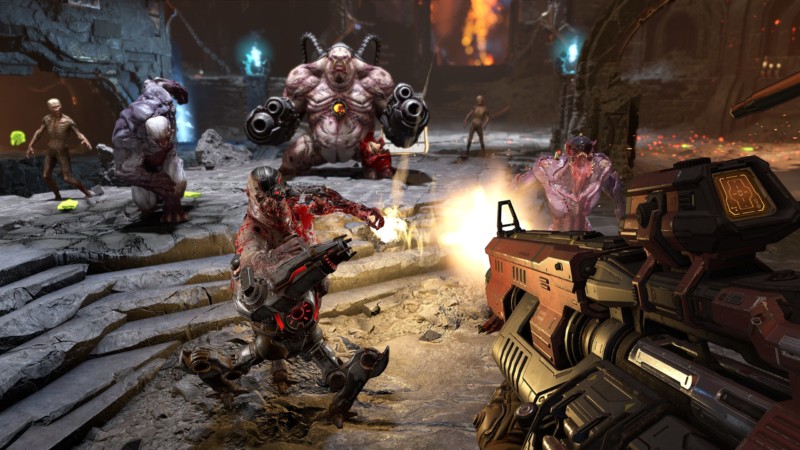 So, the first thing we recommend that you pay attention to the sticky bombs for the combat shotgun. Auto-fire is a great mod for this gun, but sticky bombs will be much more practical, especially when it comes to killing cacodemons. Hint: When the cacodemon opens its mouth, shoot it with a sticky bomb. Of course, a regular grenade can also be used for such a trick, but this takes more time than a shotgun shot. As soon as the cacodemon is stunned by the bomb, approach him and finish him off.

Ok, we talked about the most important thing. But what about other weapons? Let’s go through the most useful modifications for it too:

Now let’s talk about Guardian Crystals. With the help of these crystals, you can increase the stock of health, armor and ammunition of Doomgai. Health and armor are, of course, good, but we strongly recommend that you pump your ammunition to the end. You will almost always run out of ammo in Doom Eternal, and therefore expanding the maximum ammunition supply is simply necessary. True, you can use the chainsaw to replenish the lost ammunition, but … it will still be lacking.

Let’s move on to Dumgai’s praetorian armor. Immediately grab the Frag Grenade upgrade to gain access to the second grenade. In Doom 2016, you somehow forget about grenades, especially after opening more advanced weapons, but in Doom Eternal, grenades can be a real lifesaver for you. After getting the second grenade, buy all the upgrades that relate to Dumgai’s mobility. The key to winning Doom Eternal is constant movement.

As for the demonic runes, everything is purely subjective. There are nine unique runes to be found in Doom Eternal. You can only equip three at a time. On our own, we advise you to pay attention to the rune that allows you to survive the fatal blow; a rune that grants increased control while in the air; a rune that speeds up finishing off opponents. With this combination, your Dumgay will be fast and agile, and as we said, movement is the main thing.

What secrets are hidden in the Stronghold of Doom in Doom Eternal?