As in the case of the third Witcher, the developers from CD Projekt RED are planning several additions for Cyberpunk 2077. Along with the storylines, new heroes will appear. Who exactly it will be, you can guess, having familiarized yourself with the board game Mike Pondsmith – Cyberpunk 2020. There are many diverse heroes that perfectly complement the overall picture of the digital version of the universe. 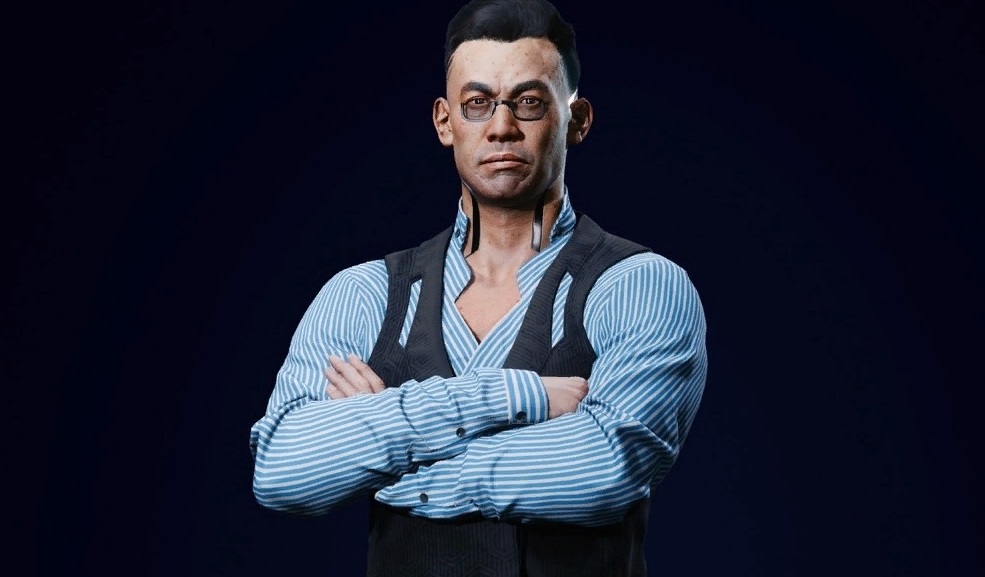 Kei Arasaka is the eldest son of Saburo Arasaka. At the age of 20, he became CEO of the Arasaka Corporation, taking over after his father retired for the first time. Kay died during the Fourth Corporate War, uploading his consciousness to a digital prison using the Soulkiller program, thereby ending his life. Given this aspect, it is highly likely that the developers will be able to introduce it into the game in the form of an engram in the future, as happened with Johnny Silverhand. 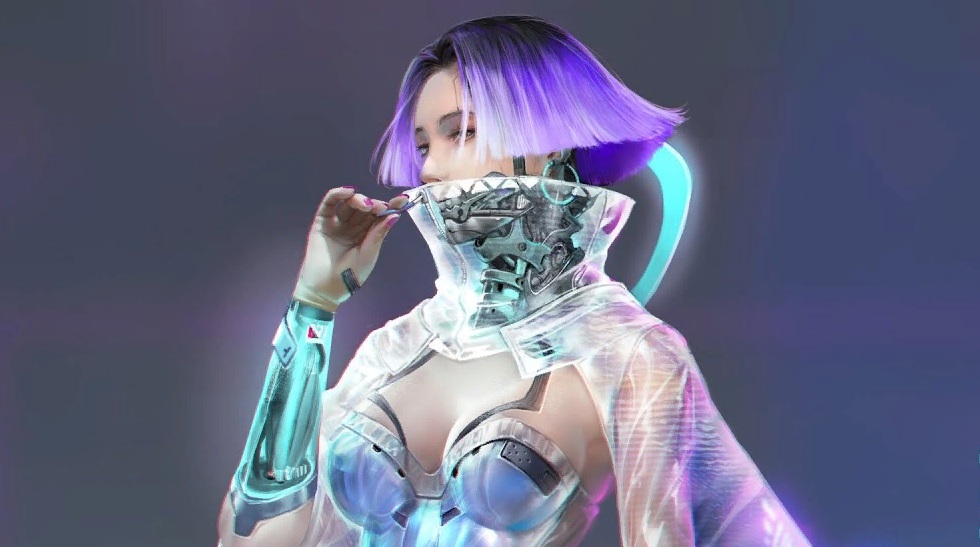 Jinkyoku Tenno became the 128th Empress of Japan at just 13 years old, making her the youngest ever to ascend the throne. Although little is known about her in 2077, it can be assumed that she is still alive and could be introduced into the game’s plot, since she was a fairly popular figure. 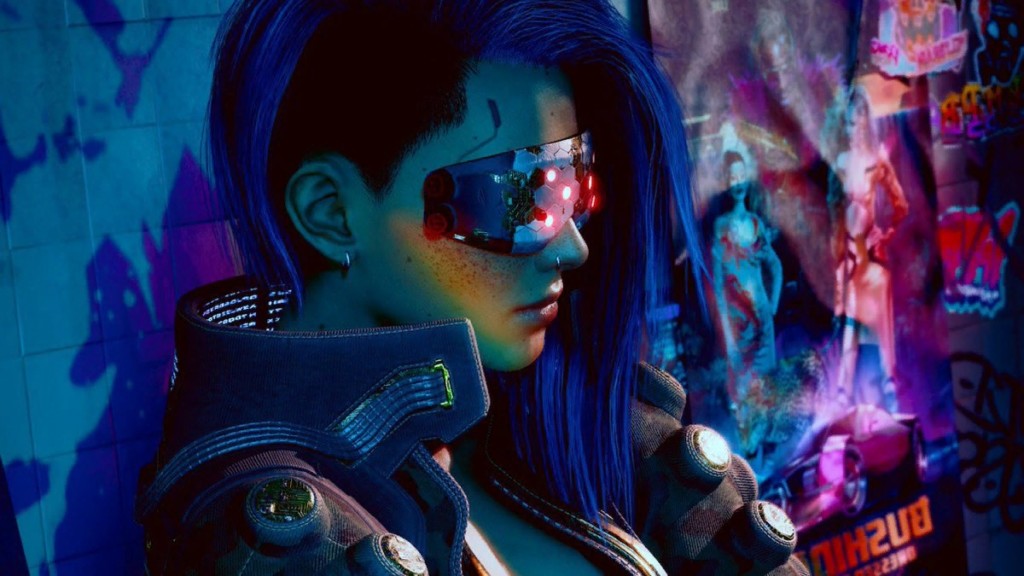 Junko Nishimura is another character that the authors may add in future expansions. She is one of the few police officers that Arasaka never managed to bribe. Her desire to expose corrupt officials fits perfectly into the theme of Cyberpunk 2077. By 2077, of course, she is already quite old, but in a world where limbs and organs can be easily replaced, or even digitized, age is not such a problem. 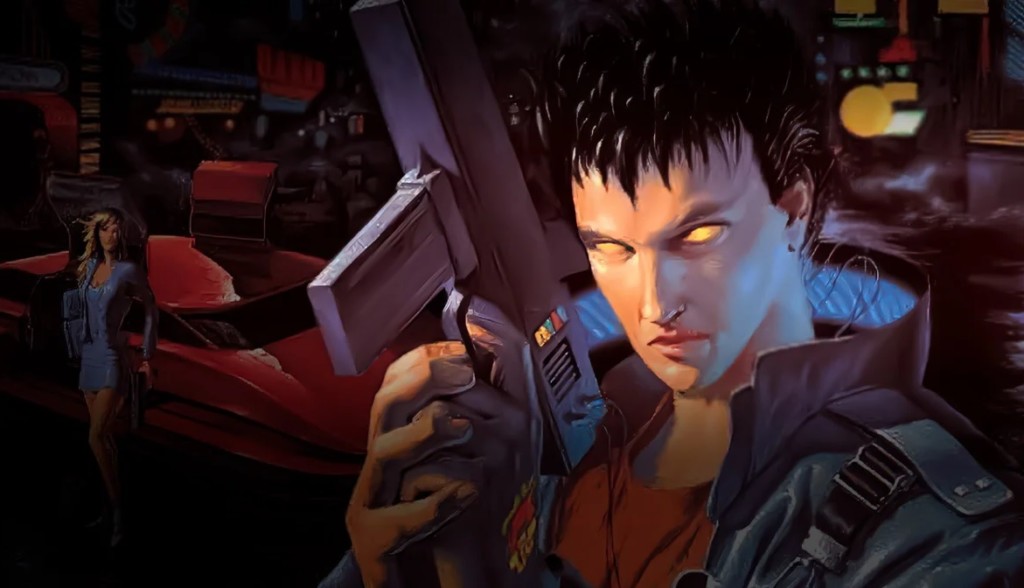 The Magnificent Curtis is the Network Specialist responsible for setting up the Netwatch Pacific Branch. This character is known as a perfectionist. Striving to be perfect in everything, he demanded the same from his followers.

The magnificent Curtis is a very interesting character. Thanks to him, CD Projekt Red can play with the plot. Under his leadership, Pacifica Netwatch has succeeded in subduing many corporate and independent criminals, making him a man to be reckoned with. 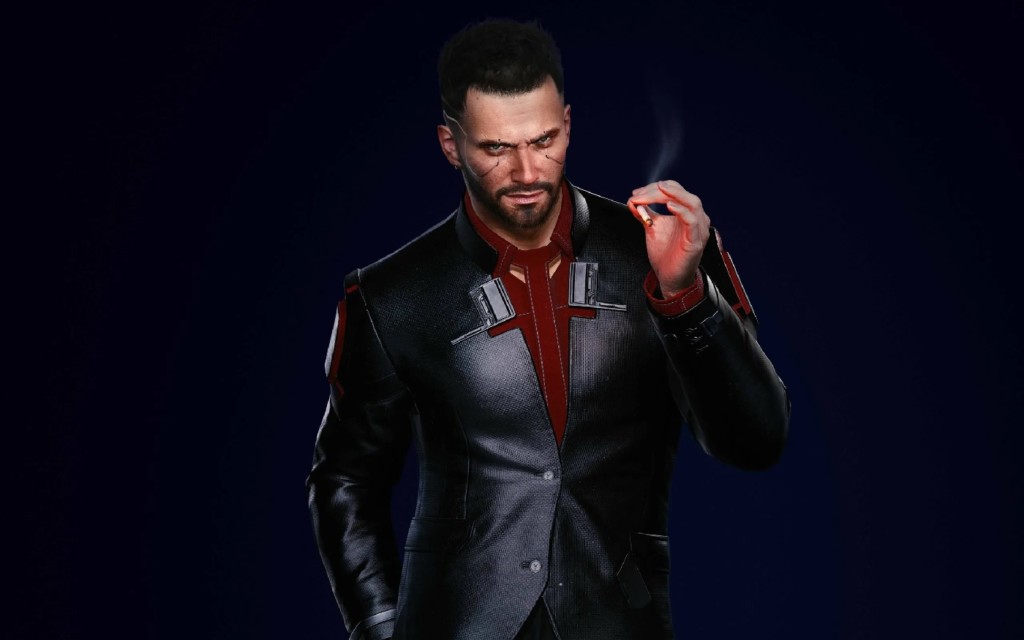 Lucas Harford is the CEO of Militech. Militech has a long and complicated history with Arasaka. Despite the fact that the company is often mentioned in Cyberpunk 2077, it does not play a large role in the plot. Harford himself is mentioned, but his identity remains a mystery. If the authors plan to expand the role of this organization in future DLCs, the appearance of Lucas Harford is very likely. 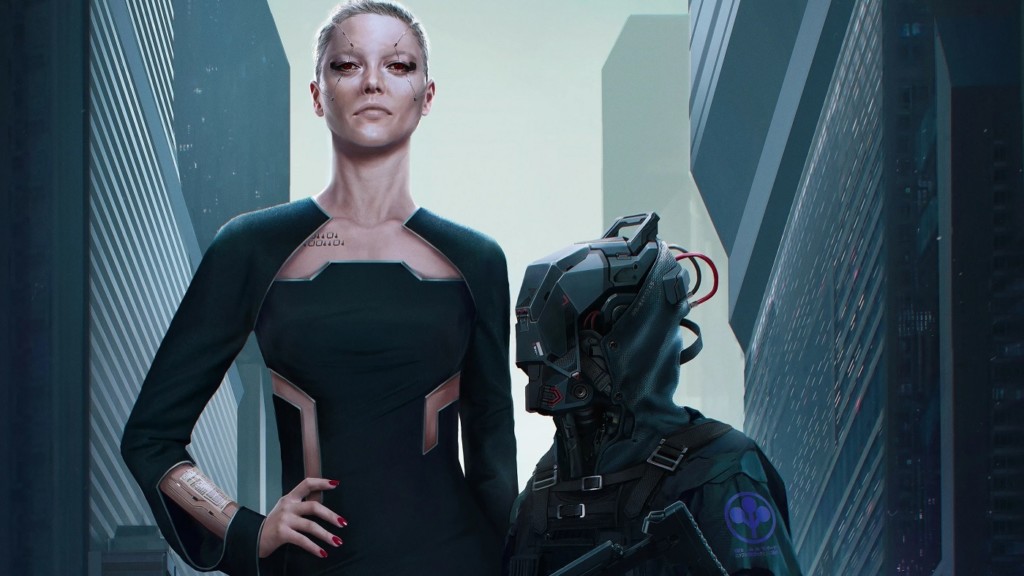 Elizabeth Kress is an influential figure in the cyberpunk universe. She is the former president of Militech. Moreover, Kress was also President of the New United States of America from 2019 to 2069. She was instrumental in keeping NUSA alive during the Fourth Corporate War. Thanks to her connections with Militech, she was able to establish a current dictatorship in the country. After the war, Elizabeth Kress stepped down as president of NUSA, and was followed by another CEO of Militech, Rosalind Myers. 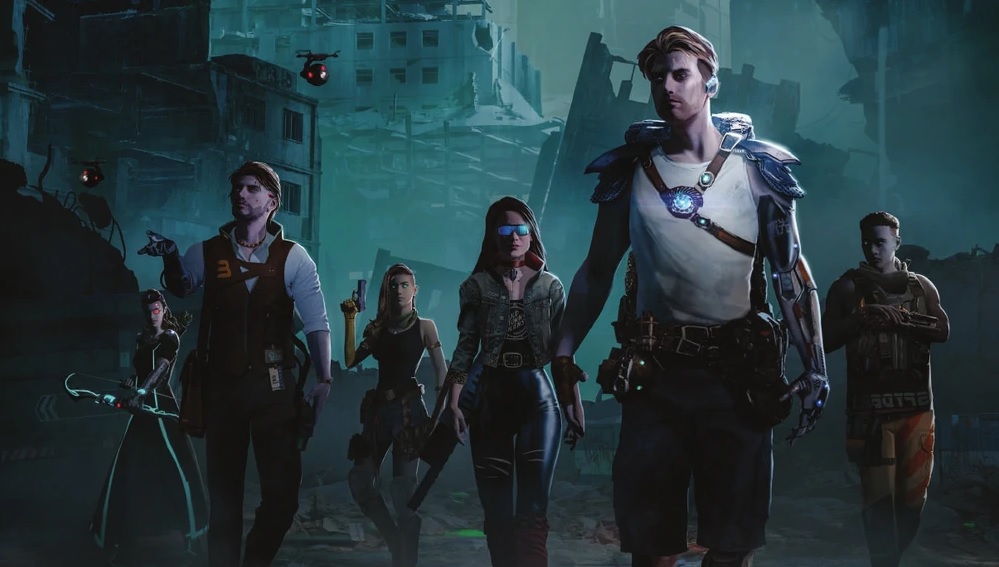 Trace Santiago is the son of the famous Santiago Aldecaldo, better known as the Nomad Santiago. Trace’s father was the leader of the Aldecaldos clan. However, unlike his father, he did not want to lead a clan, much less become a mercenary. Instead, he became a journalist exposing Knight City officials. As a result, Trace quickly became an outcast, with whom the official media did not want to cooperate.

Throughout his career, Santiago has disclosed various information about the Fourth Corporate War and NUSA’s involvement in the bombing of Night City. Trace’s whereabouts in 2077 are unknown, but his portrait, along with other non-runners, can be found in the bar after Death. Angel is a character that appeared in the Cyberpunk RED board game. She is a technician from Los Almos who is often described as “an unearthly beauty.” The image of the heroine is shrouded in mystery, and the plot of the board suggests that her real personality is either Alt Cunningham or someone from her environment. Since she is one of the few characters associated with Cunningham, the authors can bring her into the narrative to reveal the backstory. 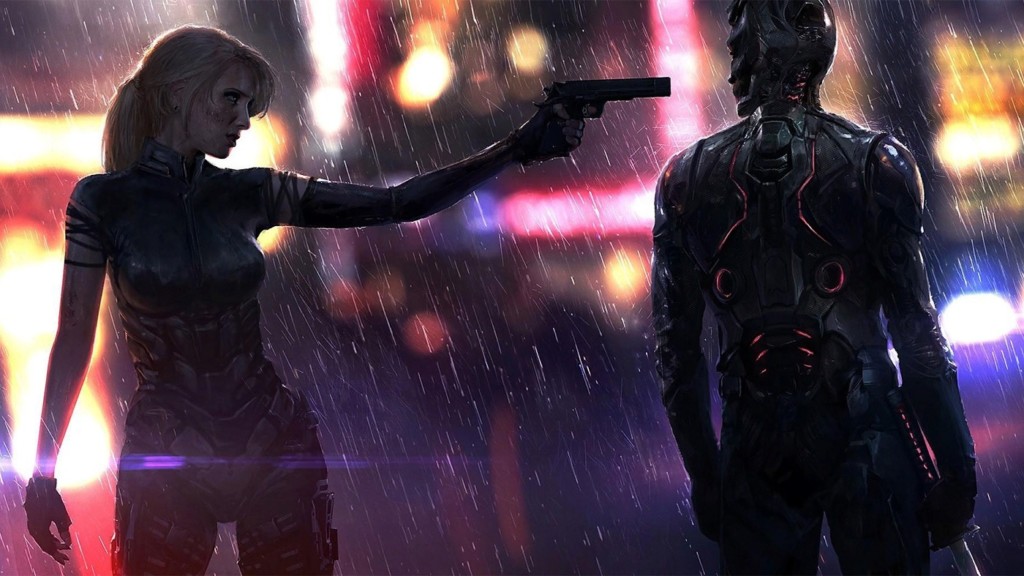 Miriam Knight – Former CEO of Night Corp. She is the widow of Richard Knight, the man who created Night City. After her husband’s death, Miriam took over the leadership of the company to ensure the well-being of the metropolis. In Cyberpunk 2020, she leaves the position of CEO at some point.

In 2077, Night Corp is still a fairly influential organization, but the new leadership prefers to act covertly. The appearance of the heroine in future expansions will provide a broader backstory for the founding of Night City. 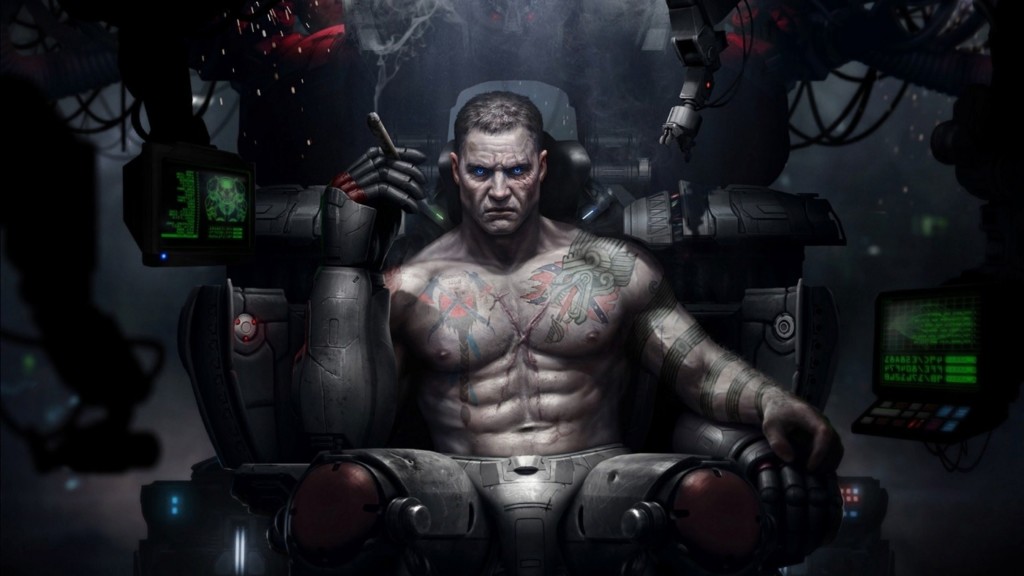 Morgan Blackhand is known as “Solo’s Solo”. He is the most respected mercenary in the cyberpunk universe. Unlike most other colleagues in the profession, Blackhand is capable of capturing targets alive, rather than simply killing them. According to the plot of the board game, he does not have his own ulterior motives, he is just a professional in his field, who always does the job flawlessly.

Morgan got his nickname similar to Johnny Silverhand, as he has a cybernetic hand covered with black chrome. Judging by his reputation and legendary status, it is surprising that Blackhand was never introduced to the storyline of Cyberpunk 2077. Therefore, his appearance in one of the DLCs is most likely.

The presented 10 characters can appear in additions for Cyberpunk 2077, and in future sequels. Share in the comments which of the board characters you would like to see in the game.

Where can I get the Rain Lure Module in Pokemon Go?

How to increase FPS in Resident Evil Village without sacrificing graphics