Many are wary of dogs, regardless of breed, size, sex, eye color, coat length, barking volume, smell, and leash / muzzle. In movies and games, authors often use this phobia to evoke additional emotions in the viewer or gamer. These can be both loyal friends of the hero, covering him with their bodies, and dangerous enemies with whom you have to reckon. This collection contains the most memorable “human friends” that we could meet in games. 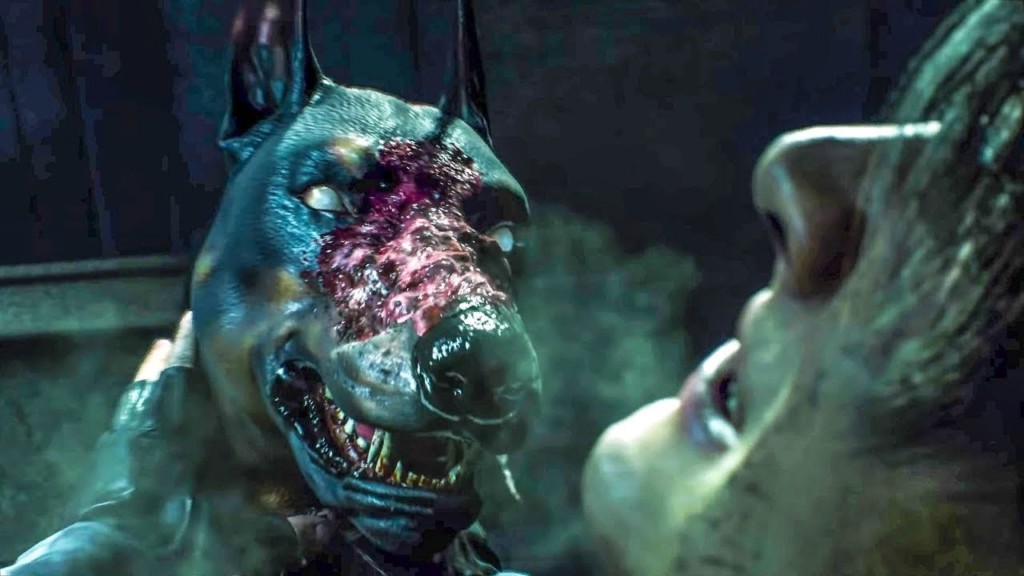 Yes, zombie dogs are quite “ordinary” monsters for horror movies. But developers often tend to two extremes: either it’s a dog, after the murder of which we will be sad, or it’s just some kind of monster that vaguely resembles a dog. In Resident Evil 2 Remake, zombie animals are part of the setting, and Leon also encounters quite common Dobermans who can just stand still. But already this can make our goosebumps run on our skin. 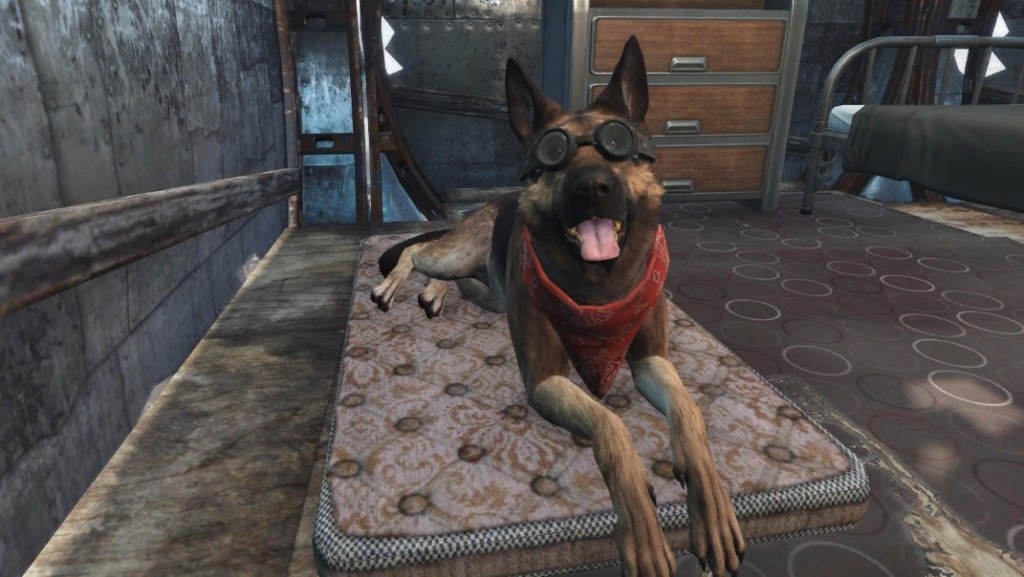 Many players dislike companion dogs in the Fallout series, preferring instead human companions that can be well equipped and can be significantly more useful. However, this dog sinks into the soul. Besides the fact that it looks pretty convincing, its interactivity plays a big role. 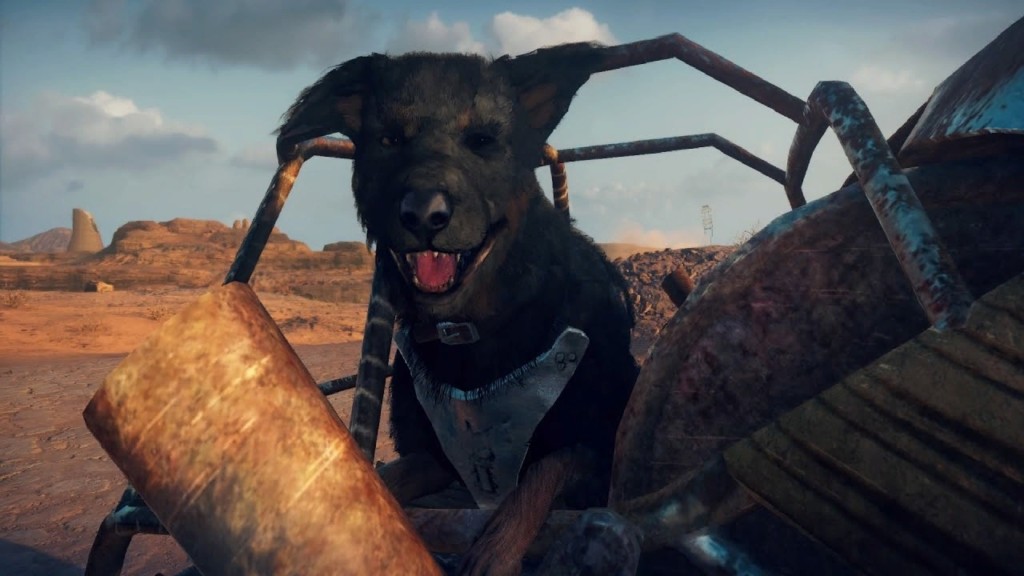 Barking, whatever it may be, is one of the most unpleasant sounds, especially when it is necessary to maintain silence. And this dog has the most unpleasant voice. The fact is that Dinky-di sits in the back of the car and with his bark signals that there is something standing nearby. And when a player drives into a minefield, he does not stop talking at all and this is wildly annoying. 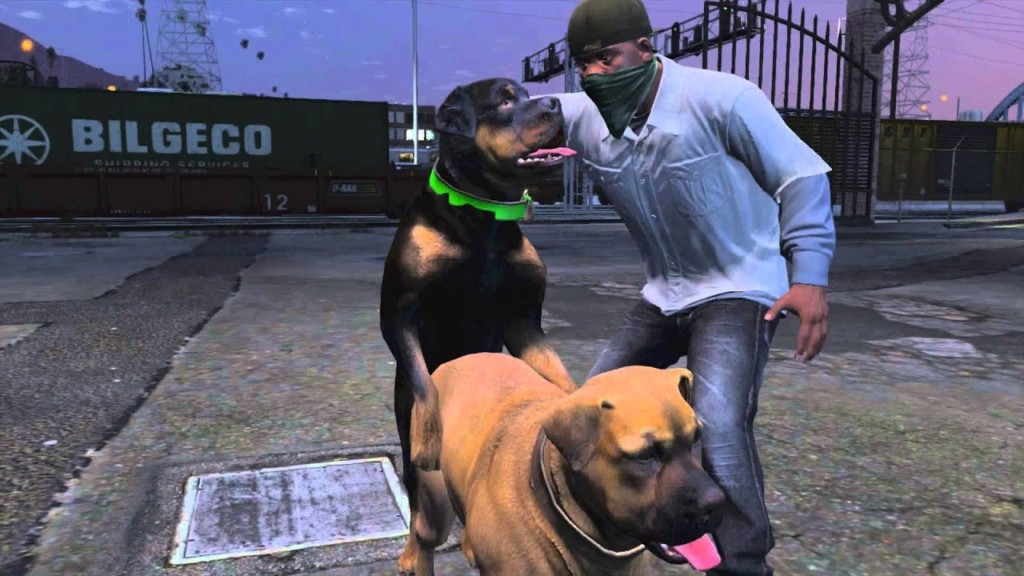 Basically, developers don’t like to mess around with a variety of dog breeds, as one set of animations and sounds will not be suitable for them. The Rockstar team is in full swing in this regard. Here, not only Chop, but also the rest of the breeds (there are 9 in total) are made at the inherent level of detail for Rockstar. The squeaky breathing habitual for pugs, the heavy footsteps of the Rottweilers and this loud breathing with the tongue sticking out. Such subtly noted nuances in games are rare. 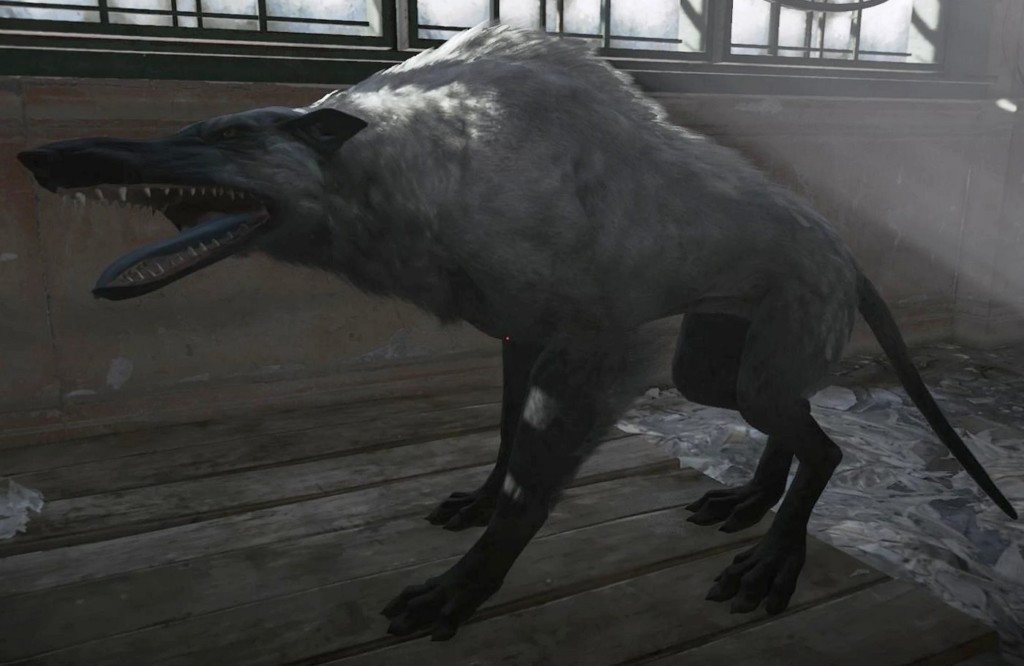 Art should not be realistic, but believable. Not so much to reproduce reality as to take it as a basis and transform it. Studio Arkane created the Island Empire in Dishonored exactly according to this principle, whimsically synthesizing things familiar to us into something alien, but at the same time believable and organic. Wolfhounds are one such piece.

Taking the Irish wolfhounds and greyhounds as a basis, the artists added elements of crocodiles and even giraffes to them, eventually it grew into a rather nimble and dexterous creature that could well exist in our world, but, fortunately, this did not happen. The speed and grace with which they overcome obstacles in order to dig into the hero’s juicy body as quickly as possible shows once again what tough specialists work at Arkane. 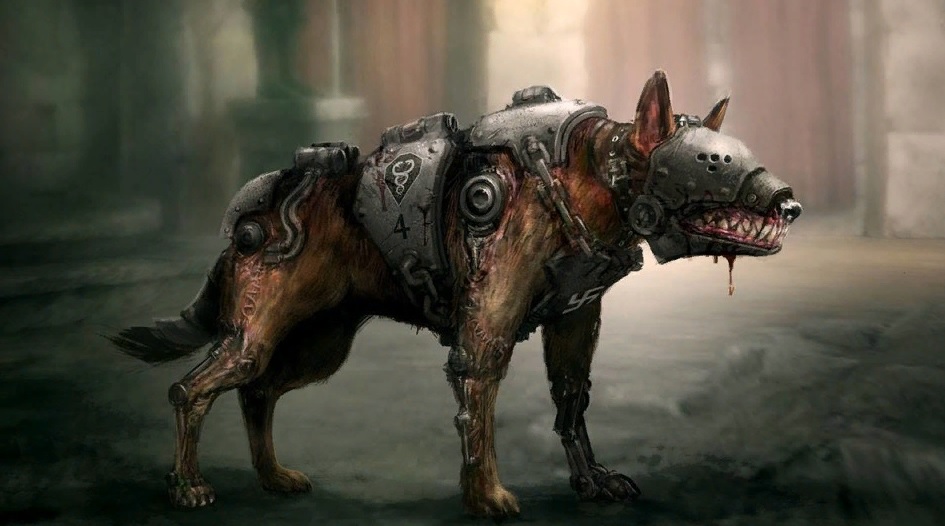 Guillermo del Toro once said, “To create a truly convincing monster, imagine it sleeping.” This was a key factor for the developers of the new Wolfenstein game. During the passage, players meet Kampfhunds mainly when they are sleeping (of course, if you do not rush headlong, filling everything around with shell casings). And these dogs still make the heart beat faster.

Shadow in Dead to Rights Retribution 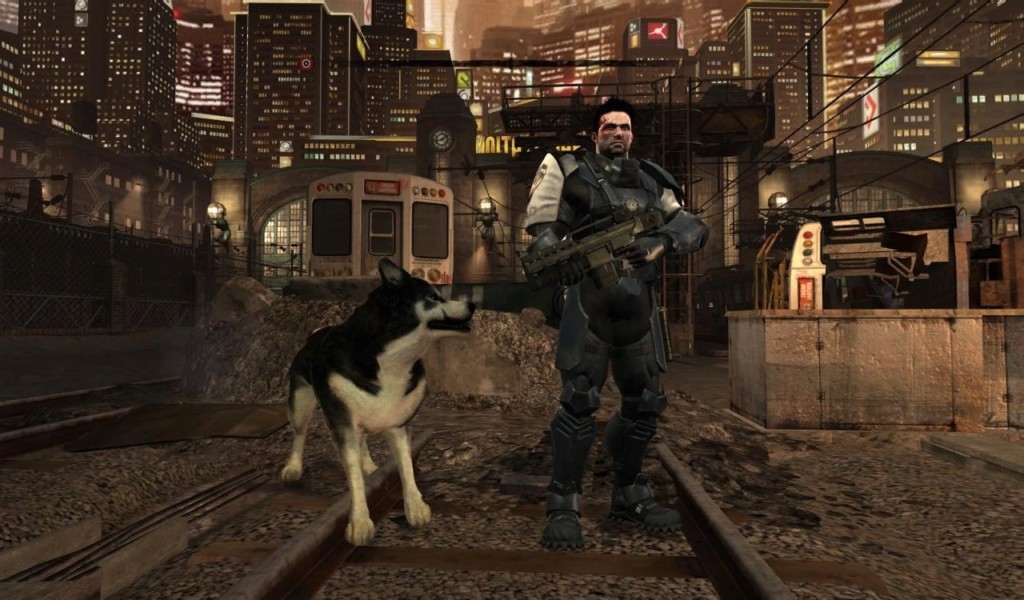 Dead to Rights was a rather mediocre series of shooters, the only striking feature in it was the Shadow – the dog-partner of the protagonist. Usually it performed quite standard functions, but in Dead to Rights: Retribution, gamers were finally allowed to play for it, and at the same time the authors significantly improved its appearance, sounds and animation. 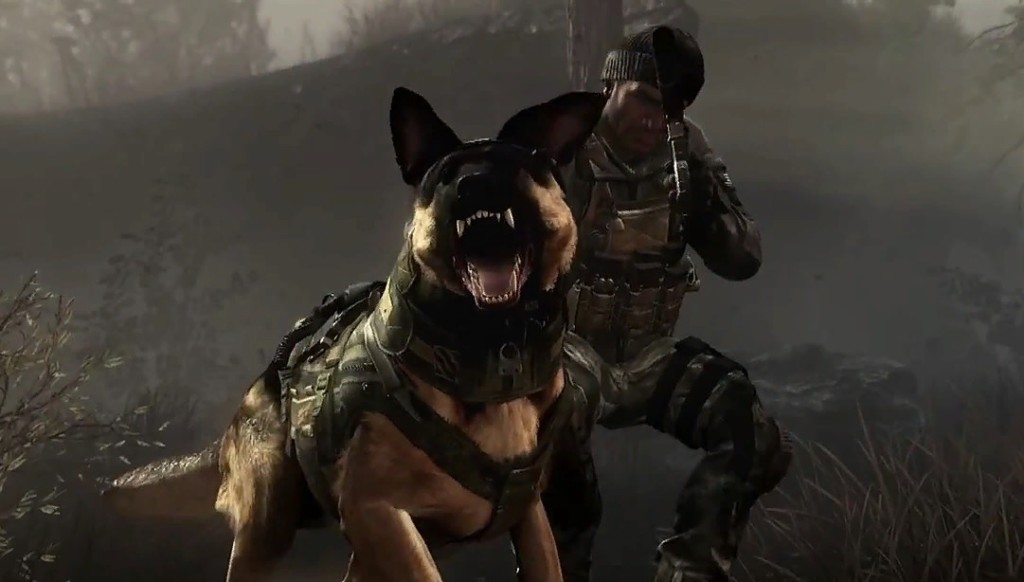 The developers of Modern Warfare managed to present quite realistic dogs in Pripyat (MW1) and in favelas (MW2). What is the “introductory” scene, where we first hear the dogs, and then see how a whole flock is rushing towards us, while the player, in fact, has nowhere to retreat, and all the time they run towards us, we can only observe how inevitable fanged death. 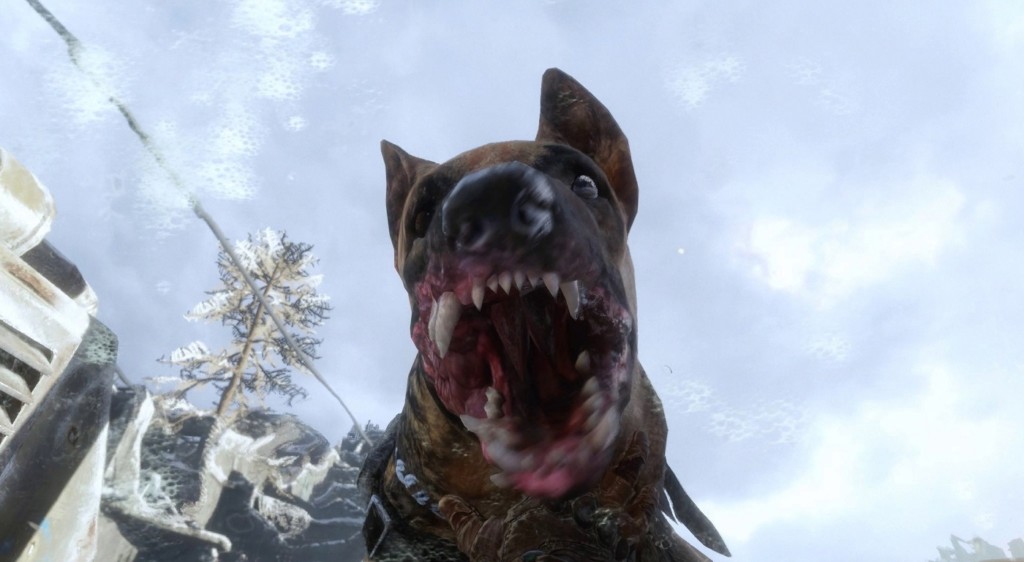 4A Games introduced us closely to the local mutated dogs in two scenes (one at the very beginning of the game, and the other as a side quest in the Caspian Sea). The first shepherd dog behaved so aggressively and convincingly, trying to grab onto Artyom’s face, that it made even those who are not afraid of dogs recoil from the screens. If the Shadow had naturalistic sounds of gnawing flesh and bones, then the animals in Metro Exodus sound exactly like fighting breeds, trained not so much to bite as to tear apart. 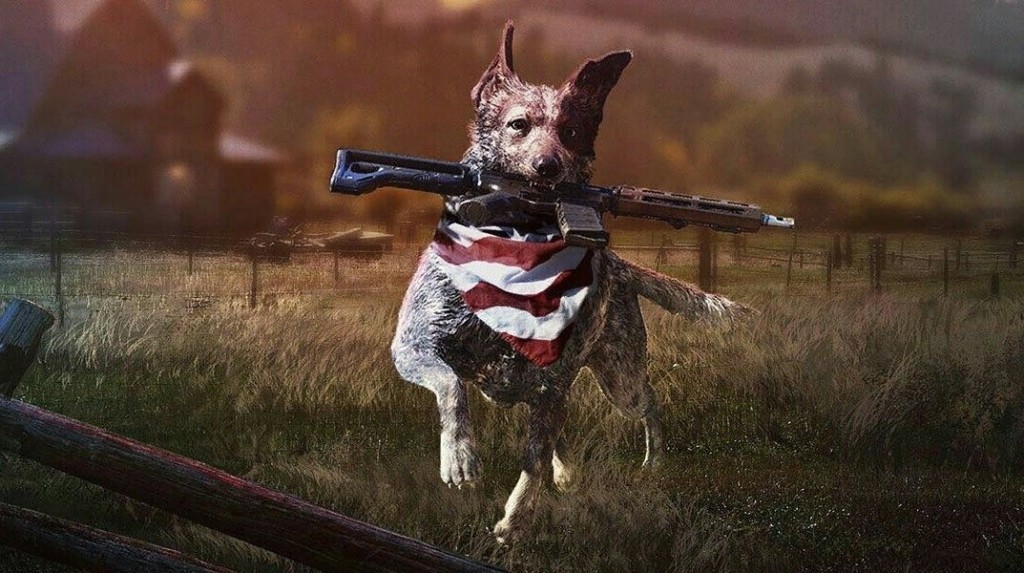 Far Cry 5 is a surprisingly problematic game, but one thing is flawless. Yes, it’s Boomer. This dog is not just one of the brightest spots, it is almost the best “good dog” you can find in games. The number of small, invisible at first glance, animations here is simply colossal. Ears, tail, tongue, muzzle, surprisingly flexible head – all this looks impressive in motion. One gets the impression that more than half of the “story campaign” was spent on the creation of Boomer.

Also worthy of a mention

Tips for passing and collecting hats in Little Nightmares 2