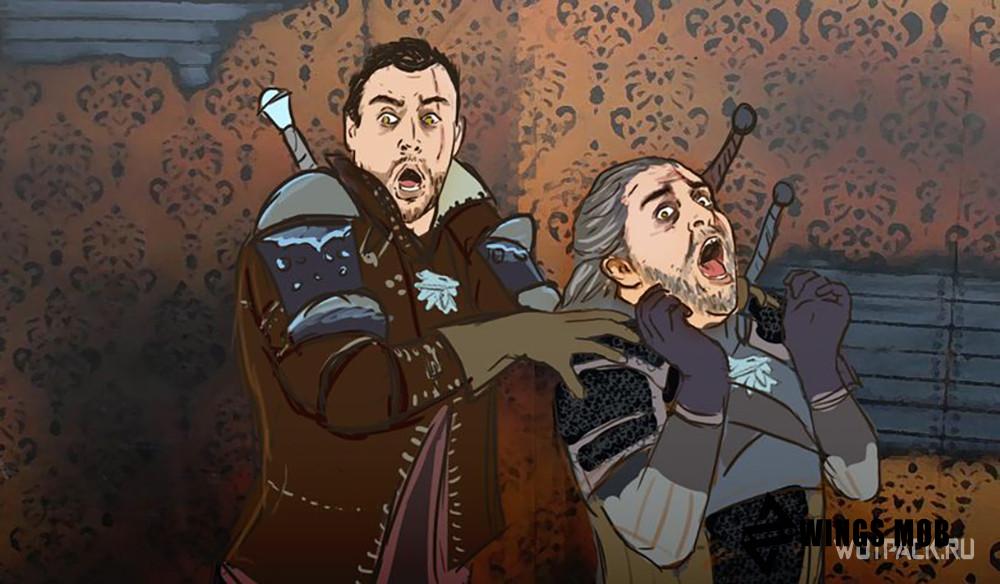 Unusual Easter eggs and references from developers who went too far and turned into a local meme or a real moral lesson for gamers. The best moments in games are when passing through makes you suffer.

Most often, game makers leave pleasant Easter eggs in their projects. For example, CD Projekt did this in Cyberpunk, adding references to Russian culture or Batman’s car. However, not all developers behave so humanely towards the players. Very often references and tricks from them quite painfuland some may even spoil the whole walkthrough… Share with you ten of the funniest, most unusualand sometimes instructive mockery of gamers over careless or overly curious gamers.

World of Warcraft: you sailed to the wrong area

In World of Warcraft, you can swim quite far, but everything has a limit. If the player tries to get to where he was not invited, then instantly a giant killer shark will attack. First, the character is pulled to the bottom, and then the fish swallows him whole.

This is an unusual way restrict the movement of the character, but for some reason in Warcraft it is only implemented in water. For sushi, no such Easter eggs were created.

Max Payne: rats are people too

In Max Payne, at one of the levels of the game, there was a wall with a large hole through which you could throw a grenade… However, this hole was located at the beginning of the passage, and it was possible to find explosives only at the end.

For players who hate rats that get in their way throughout the game, the developers have left an Easter egg here. Those who had the patience to go back to the hole and throw a grenade there, received the following message:

“I have declared war on the rats”

After this character rodents began to attack. However, they didn’t just bite him, the rats literally shot at the enemy with pistols… It is almost impossible to escape from such an attack.

In a series of books, Geralt was an incredibly “stuffy” character. In games, he was made more charming, however, even here he can be forced and pay dearly for it. During a meeting with the Hidden vampire. He is incredibly strong, moves faster than a human blinks, and even the Witcher cannot cope with it.

However, according to the plot, Geralt goes to him for help, and not for a battle. But if annoying the vampire too much in dialogue, he will lose his temper and attack. The witcher will die on the spot.

The Beholder game has a huge number of Easter eggs, references and plot secrets, but the most mocking one is the old woman Margaret. Since during the passage you have to sacrifice a lot and even substitute some residents, put the old woman out the doorcatching her of something illegal will not seem too much evil.

However, Margaret has her own plans for this. If she finds out that the house manager is preparing a conspiracy against her, she will track him down in the corridor when no one is around, and will kill with one dexterous shot with a dart… After that, the old woman will laugh ominously.

The Witcher 2: don’t forget to roleplay

Even in RPGs, players often overlook the fact that they are playing the role of a character. Geralt is not just a stereotyped hero, he has his own character, and the Witcher would not be insolent to an enemy in a critical situation. However, gamers, feeling the story armor behind them, often neglect this. And in the second part hamam will have to pay for their behavior.

During the passage of the first chapter, the dwarf Zoltan escorts Geralt to Iorvet. On the way, they stumble upon a group of elven archers. If you start to cheat them, they both the Witcher and his friend will be instantly shot. So do not forget that even games have their own realism.

NieR: Automata has a variety of funky and serious Easter eggs, but this joke from the developers literally knocks players off the track. During the passage to the gamer offer to eat fish, however, before dinner, the NPC will warn that this will be incredibly dangerous for the protagonist. Still, we are playing as an android.

Those who do not heed the advice of the character are waiting not just death, but the official ending of the game. You will not be able to be reborn – you will need to start over. This moment teaches you to think of your hero in the game and does not treat him as a simple set of pixels.

How about knocking on a locked door 430 times? What if in the process you are mocked by an inner voice? Jokes, malice, threats the player in The Stanley Parable will have to go through if he decided to get one of the achievements and knock on door number 430 until victorious.

As a result, nothing special, except for the achievement, will happen, but the lines recorded for the narrator are simply masterpieces. He mocks Stanley so professionally that you want to listen to it forever.

In Metal Gear Solid V, all player actions find their visual reflection in the guise of the protagonist. At the very beginning of the game, you can see small horn on the left side of the protagonist’s head. The more blood is shed in the process, the more that part of Snake’s body will grow.

To turn into a real demon it is enough to simply create nuclear weapons. At this moment, all the efforts of the player go down the drain and Snake turns into a monster. Thus, the developers have shown that mankind has not yet invented anything worse than a nuclear war.

Only the most persistent have passed GTA: Vice City 100%, because for this it was necessary to close even the tasks with jumps. As a result, the stubborn received a reward collectible t-shirt for your protagonist, and … that’s all. No additional bonuses were issued.

Moreover, the shirt itself mocks the players. It says: “I went through Vice City and only got this stupid t-shirt.”

Ezio Auditore went through a lot during the storyline of Assassin’s Creed II. Igrodels even forced the unfortunate assassin collect 100 feathers all over the huge map. Gamers were even encouraged for this, and after 50 items they received cool weapon for your character.

But then something went wrong, and for 100 feathers the players were given cloak, when equipped by Ezio was instantly wanted. The whole city will start chasing the main character, and it will be possible to get rid of this negative effect only when the cloak is removed and forgotten. 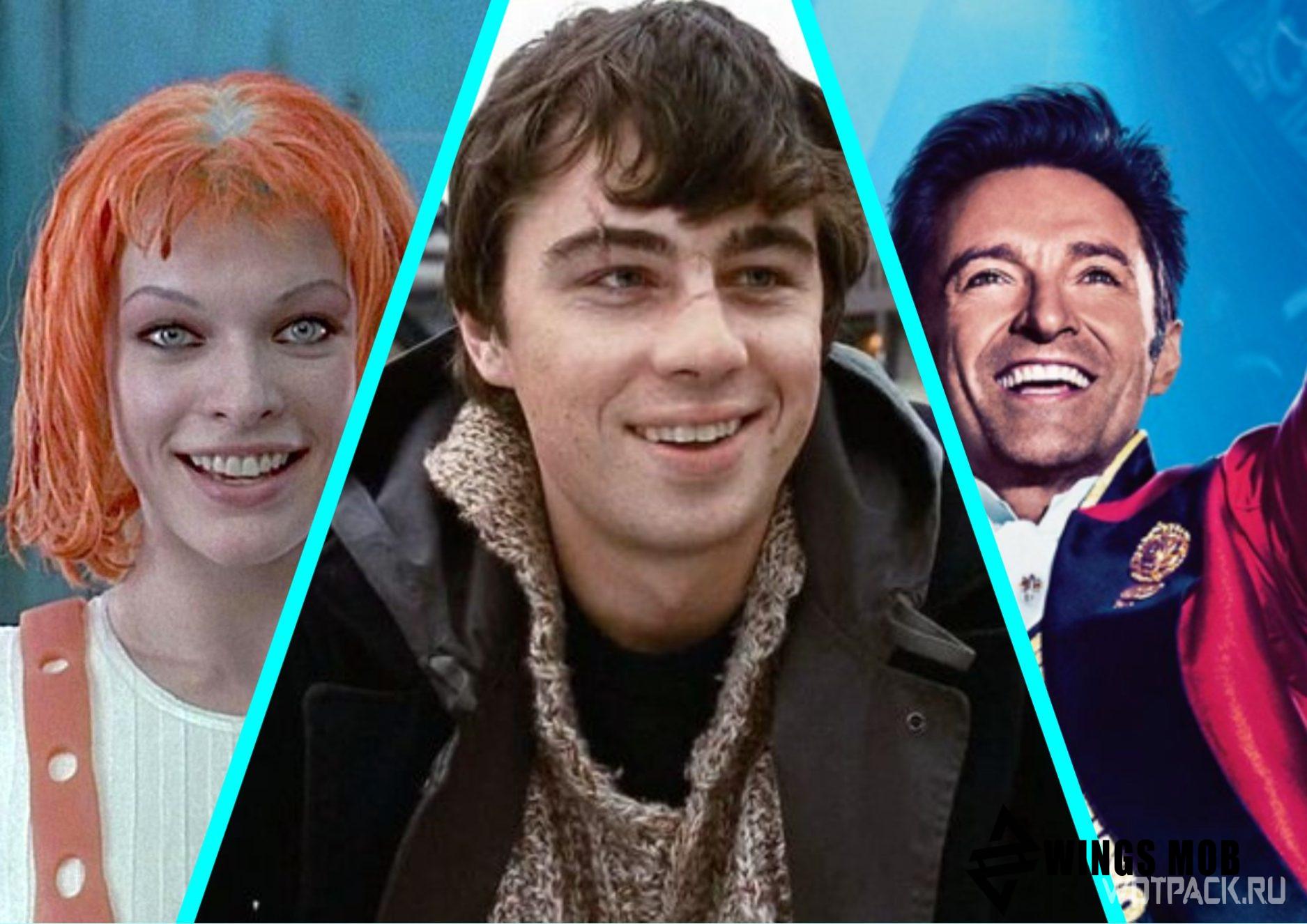 TOP 10 films that can be watched endlessly