Bounty Hunter missions are considered to be some of the most challenging in Red Dead Online. The legendary missions of this class have already gained notoriety. Despite the high degree of difficulty, these are very exciting tasks. It only gets harder each time. The complexity of the tasks gradually increases, if at the first star it was simple, then by the fifth it can turn into an impossible mission.

Before starting the 5-star Legendary Bounty Hunter missions, you need to prepare carefully. You will need a large wallet of gold, food supplies, as well as a reinforced lasso, bolas, and a matching cart. A detachment of 4 people will not be superfluous. Only then can one try to challenge such terrifying opponents.

The assignment begins with an interrogation. For a fee, the informant will indicate where Red Ben is currently hiding. You can just kill him, hoping for a lucky coincidence. Next, you need to track down and chase the train that the criminal uses to escape from the state. Now all that remains is to detain him. In the 5-star version, in addition to Ben himself, you need to hunt other members of his gang.

Since there is a very narrow space in the carriages, it means that a lot of bullets will hit the player. A much more effective tactic is to throw enemies off the train one by one. To do this, accomplices must be waiting for you outside – several members of the detachment.

Philippe Carlier: Beware of the smoke 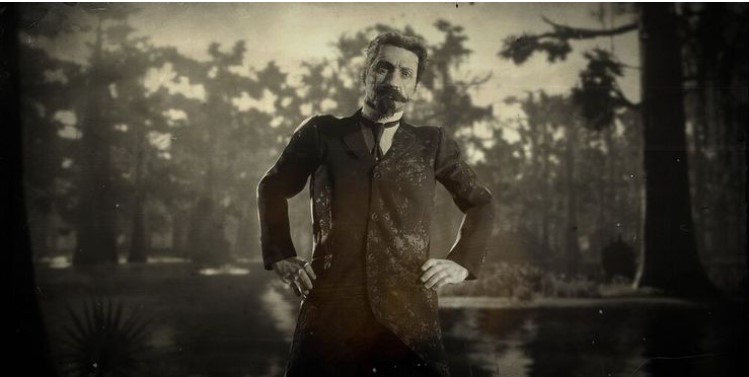 The beginning of the mission will lay a clash with this criminal. He will offer to try a stew he just made himself. After a few bites, everyone loses consciousness, and wakes up in a swamp, surrounded by large animals. Care must be taken as Karlier attacks very stealthily. One missed hit with a machete is the end of the mission.

The main difficulty is to hold out until the end of the hallucinations. A rapid-fire rifle with a large area of ​​destruction is especially valuable here. The shotgun will be able to compensate for the weakness and slowness of the character. You need to look at the puffs of smoke, they appear where Karlier will attack. Having survived the first stage, you will have to go in search of him to Bayou. There are many archers and alligators in this area, which are difficult to spot.

Wolfman: Many fast but easy enemies

The search begins at Lake Isabelle in the snow biome. To find your target, you need to comb a fairly large area. The Wolf-Man changes his location, and one of his places of residence is a cave, currently occupied by a bear. A pack of wolves will indicate the approach to the enemy. However, it is not worth killing the “prey”, it must be delivered alive.

To find the Wolf Man, you need to find a bonfire. It will be preceded by many wolves, you can even ignore them. As soon as the enemy is connected, wolves without markers on the map will appear and attack. If the bear is nearby, he will pounce first. Perhaps the most effective weapon will be the Lancaster Carbine, it will come in handy against both grizzlies and wolves.

The Owl Family: Slowly but Steadily 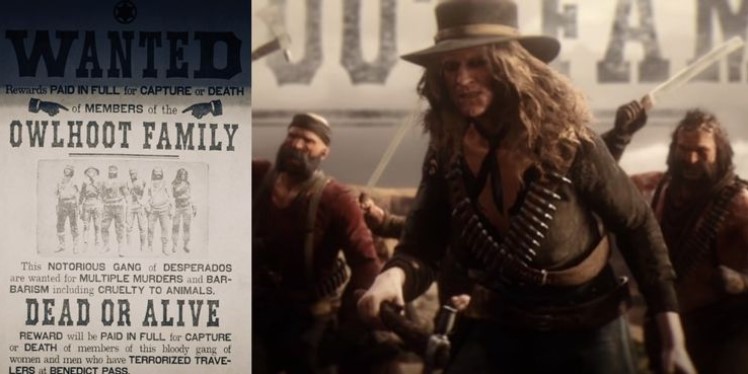 On five stars, you will have to capture as many as 4 members of the Sovkhut family gang. They are all separated and surrounded by numerous henchmen. If you are noticed, a firefight cannot be avoided. This will be a problem since the damage is serious.

The best solution is covert pursuit. With the help of a bow, you can silently kill most of the group members around the target. This will make the further battle much easier. The bounty hunter van will come in handy, as it is easier to transport a large number of prisoners with it. 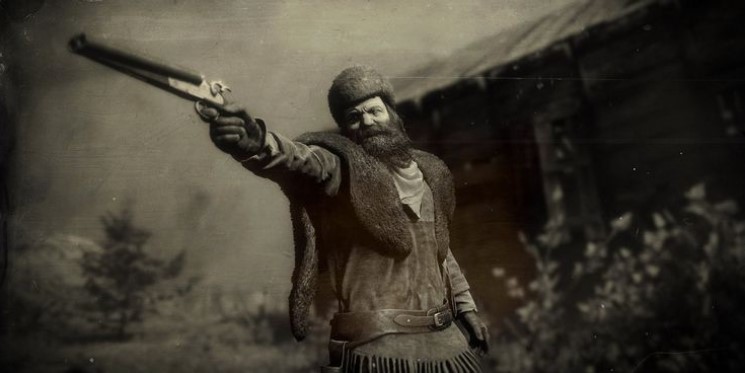 During the hunt for Nick, you need to deal with what happened to the US Marshal, who hunted him earlier. There are many enemies in Fort Riggs, so you need to be careful, fearing bears.

The best weapon in this mission will be a sniper rifle. If you shoot the locks on the bear cages, standing in the inner territory of the fort, you will get allies. Having freed all the predators, it will be possible to destroy the entire gang. As soon as you see Nick, shoot him in the shoulder (if you want to grab him alive and save Marshal). Now you need to rush as soon as possible, until the rest of the gang arrived. 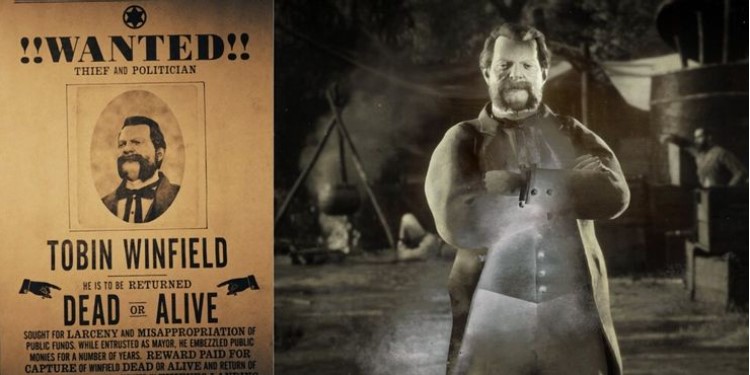 The assignment begins with the compromised mayor peacefully surrendering. With him does not have to fight, on the contrary, the player is obliged to protect the mayor from those who prefer to see him dead. The task is complicated by the fact that the ward has little health, and the enemies arrange many ambushes.

The biggest challenge is keeping Tobin alive. A detachment will be very appropriate here, since it is almost impossible to cope with some ambushes alone. The best tactic would be to assign roles: one shoots off the attackers, the other defends the mayor on the way to the document cache. 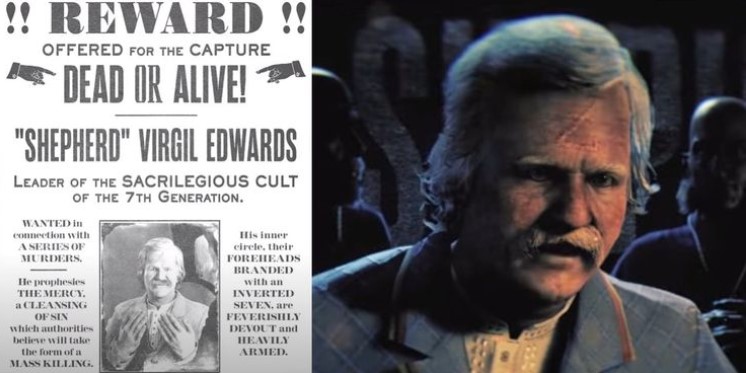 The main goal is the leader of the cult. To find it, you need to assemble a puzzle. The keys to her solution are scattered in the camps where his followers gather. The battle will be hot.

Find one of the leaders of the cult, he is in a blue robe and has a valuable note indicating Virgil’s location. The camps will not be difficult to clear, but not the main “citadel”. It is already better to prepare a detachment there. Immediately after detecting the letter, there will be 2 options for its location. Both areas are quite narrow, so a shotgun will be useful in them. Explosive shells will pierce armor, and a lasso will pacify his ardor. 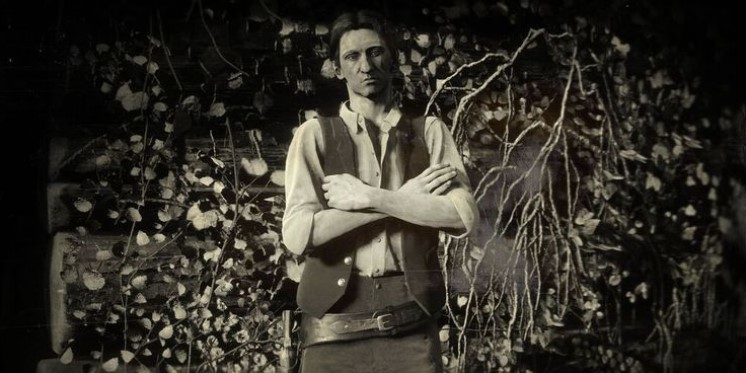 Initially, the player needs to visit Fort Brennard. It will have to be cleared by destroying the waves of Lamon’s raiders. Cecil will appear in the future. To win, you need a high rank bounty hunter.

You need to kill everyone who has populated the fort. Opponents will begin to attack in waves in anticipation of their leader – Cecil. If you bring in a detachment for reinforcements and take cover around the fort, the chances of victory will increase dramatically. Explosive boxes are a great way to control the battlefield. Immediately after the appearance of Cecil, it is worth using a bolas, this will allow you to immobilize the enemy from afar and take him with you. Squad members will help kill the remaining followers.

Etta Doyle: A Little Patience And It Will Be Opened 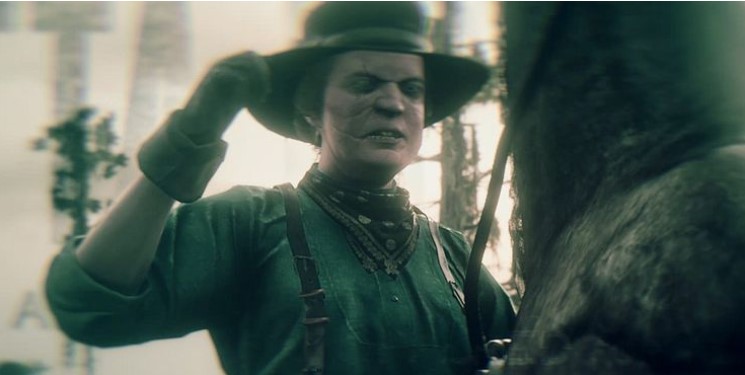 Leviticus Cornwall set up an ambush for this mission and the players were invited. Their task is to lure the target. All members of Etta’s gang will look almost the same, you will have to find out who the real target is.

The main trick is to be patient. Better to keep out of sight for a while, soon the real Etta will be displayed on the minimap. Immediately after that, the criminal will understand that there is an ambush around and will start running away with the gang. It remains only to run up and grab her, while her allies are too busy and do not notice the loss of the leader.

Sergio Vincenza: Arm yourself with a sniper rifle and a shotgun

Sergio is now at the top of the Observation Center near the Roanoke Ridge. The beginning of the path is at the foot of the hill, you need to gradually make your way up under heavy fire from snipers.

The easiest way to win is to switch from shotgun to sniper rifle and vice versa. The slow climb will be constantly interrupted by sniper shots. As soon as you spot the enemy, hide and switch to the shotgun. After killing nearby enemies, you can switch to those who are far away. After climbing the observation tower, you can kill Lieutenant Sergio with a shotgun and grab Sergio with a lasso.