TOP 15 hardest monsters in Monster Hunter World: how to defeat them

In the game Monster Hunter World, you have to constantly fight with monsters, among them there are both simpler and very difficult ones, which are almost impossible to defeat the first time. We do not recommend bypassing difficult opponents. Firstly, it is a challenge, the more difficult it is to get a victory, the sweeter it is. Secondly, with items that drop from creatures, you can usually craft the most valuable items in the game. We have compiled a selection of the most powerful monsters that are harder to defeat than others. We will also provide the keys to the destruction of these creatures: winning tactics, tricks and even small secrets. 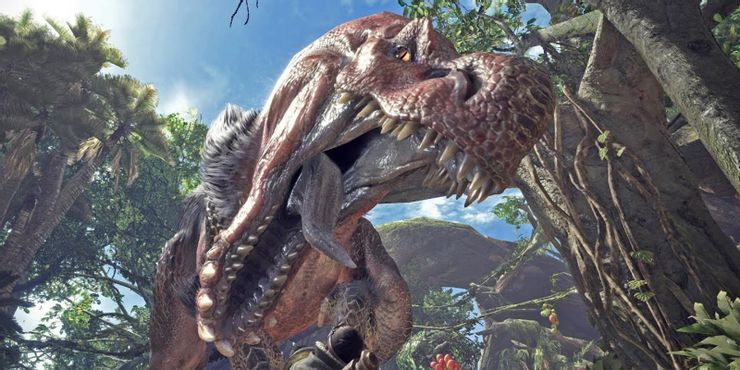 Anjanath is a common wyvern that lives in the Ancient Forest and Wildspire Wastes. The monster can often be found attacking other, weaker creatures. Its vulnerability is ice elemental damage. You should aim to get close to the tail, although hitting the neck is an even better option. This is how it becomes possible to control it. In this battle, you will have to take a lot of damage, so it is important to stock up on food for health. 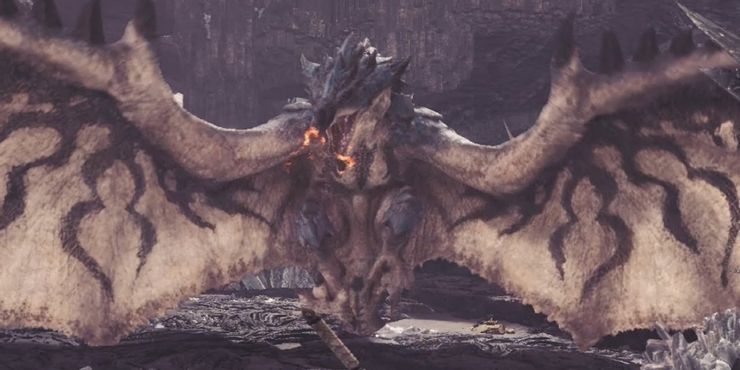 The creature dwells in the Day Forest and can often be found during Elder’s Break. Can attack other dangerous monsters. The head is its weak point, but also good damage goes when it hits the wings and tail. To defeat the flying wyvern, you need to practice a little and memorize its basic movements. Before the battle, you need to stock up on items for healing and weapons with ice damage. 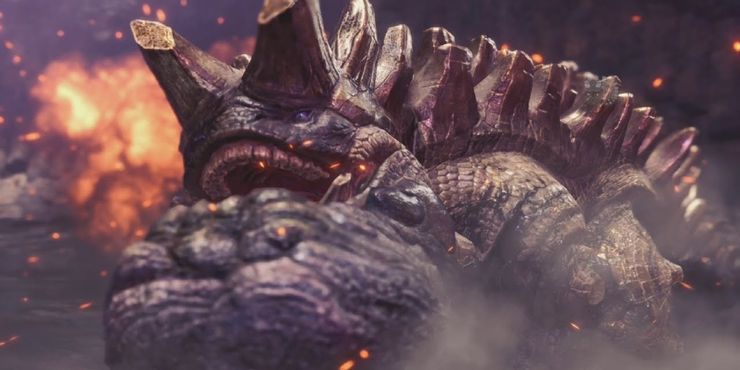 Those who wish to receive a real challenge should go to Uragaan. To defeat the monster, you need to aim for the head with a ranged weapon. Paired blades will also come in handy when killing an enemy. The most important part of the battle is dodging the explosive balls that the reptile releases. Also, if the monster starts shaking, you need to run away as soon as possible. 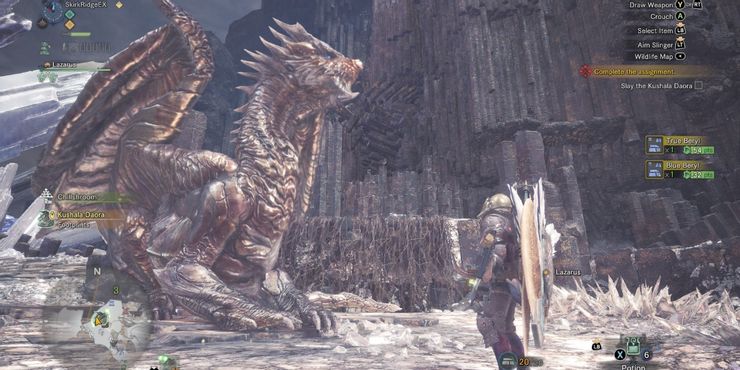 During the journey to the Ancient Forest or the Elders’ Break, Kushala Daora, the elder dragon, may come across on the way. He fights for territory with other dangerous monsters. It is worth replenishing ranged ammo before the fight, as it will often be in the air. Explosive arrows can deal a lot of damage. When the dragon is on the ground, it is better to throw barrel bombs at it, not coming close. His tornado can quickly kill a player. 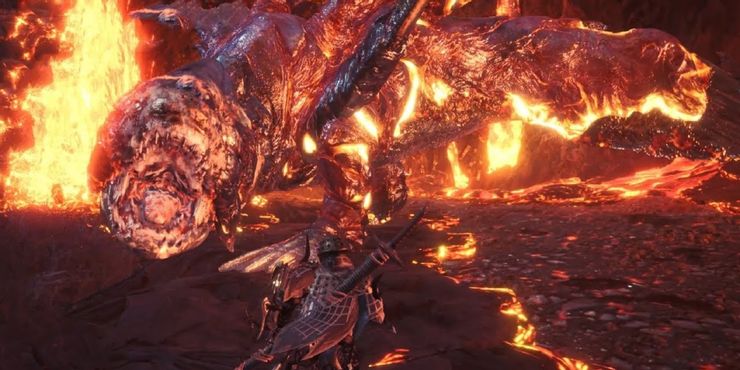 This is the monster that is best avoided until you have completely completed the game. Dwells in Elder’s Recess. To win, you need to shoot in the head and lower abdomen – these are the most vulnerable areas. The difficulty lies in its ability to adapt to elemental attacks as the battle progresses. A winning tactic is to use powerful melee weapons and small arms. 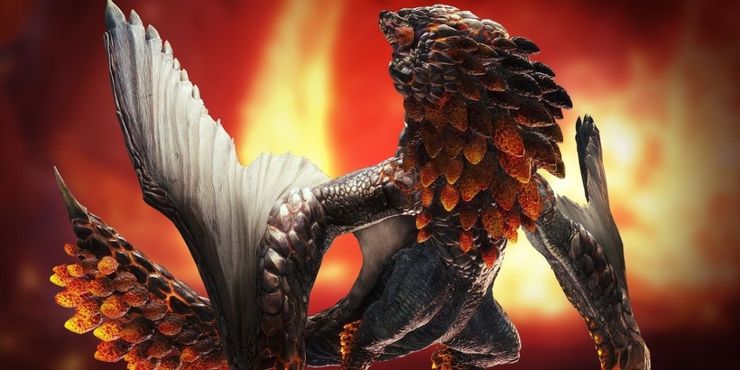 The flying wyvern is often involved in battles with other large monsters. It can appear in all biomes. To avoid combat, you can use the Dung Pod. You need to watch out for his exploding attacks and the scales that he scatters around. The most beneficial is to shoot at the legs so that the creature falls, and then hit it on the chin and tail. 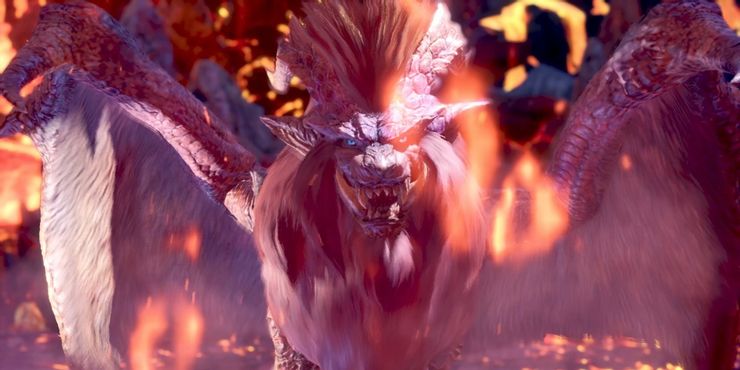 Another member of the elder dragons that dwells in the Wildspire Wastes, the Guiding Lands, and Elder’s Recess. It is very important to have the Heat Guard skill and aim for the head during attacks. It is often recommended to use Flash Pod for knocking down or Crystalburst to interrupt attacks. The ideal weapon would be one with the Elderseal ability. 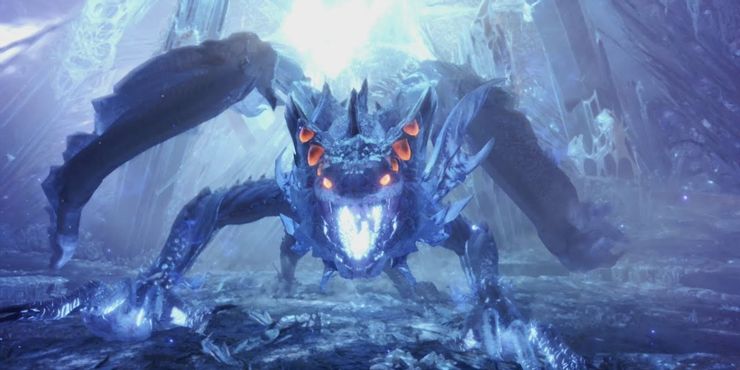 Only found in Elder’s Recess. This is the Elder Dragon to be kept at a distance from during the rage. It is worth aiming at the tail, head. 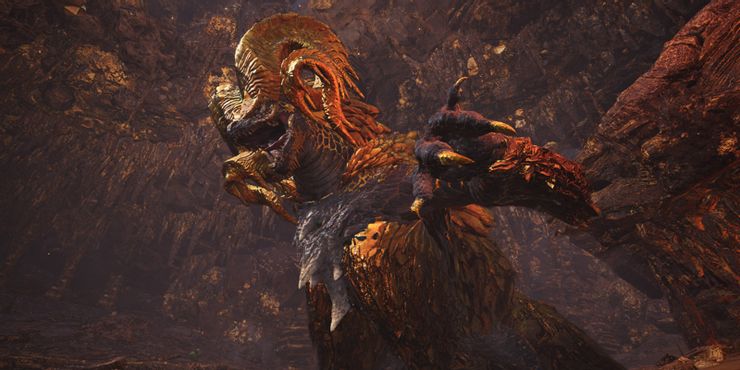 The elder dragon is found in the caves of El Dorado. He can be killed with ranged weapons. Partbreaker skill required. Blocking attacks is pointless. Use Heat Guard and soft drinks to lower your body temperature. 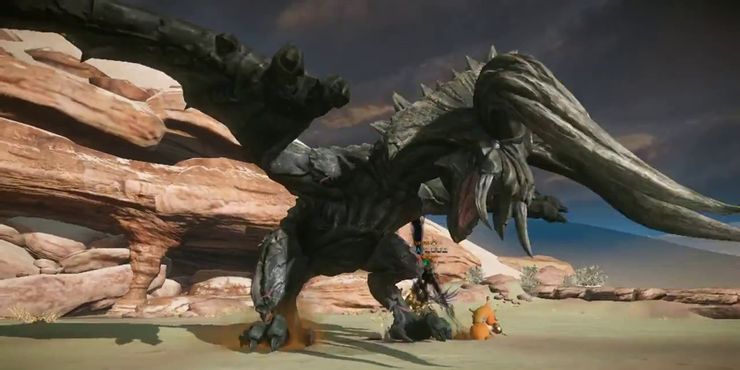 The flying wyvern can meet the hero in the Wildspire Wastes. It makes sense to use traps against a monster. Often spawns next to regular Diablos. Tactics works with him – hit and run away. 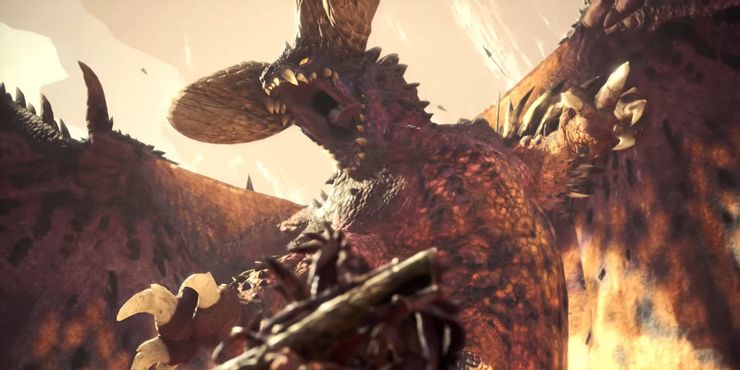 Dwells in Wildspire Wastes and Elder’s Recess. This is a very dangerous Elder Dragon, which grows dangerous thorns in different parts of the body. The damage takes place at the moment when the spikes are yellow, when the black ones – attacks will be reflected. We’ll have to learn how to dodge in flight. The only “rough” wyvern on this list that can be found anywhere. The best tactic is to shoot at the head, belly, and tail. She has a lot of health, you need to be patient. 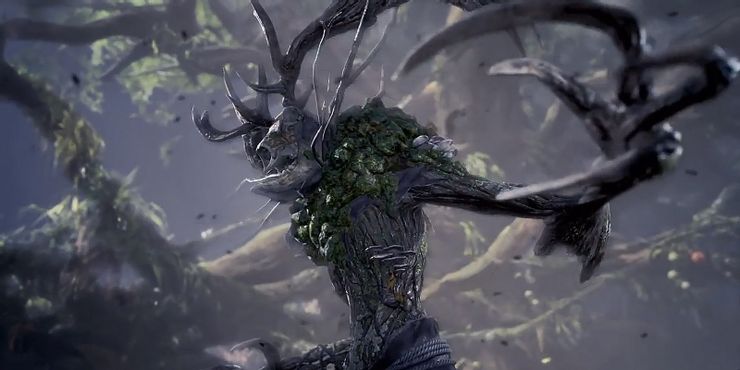 The monster is dangerous due to its claw attack. Often stands in the Ancient Forest. It is better to join the battle with him together with friends. At the beginning of the battle, you need to knock down the stones under it. 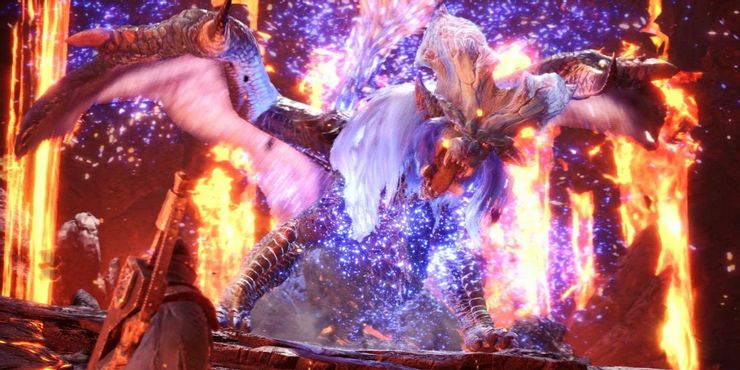 The battle with this Elder Dragon will take place in Elder’s Break, Wildspire Wastes, or the Guiding Lands. The movement technique is similar to Teostra, but the monster is stronger due to the greater speed and range of attacks. You definitely need soft drinks and Heat Guard. Explosions and weapons with paralysis are effective against her. 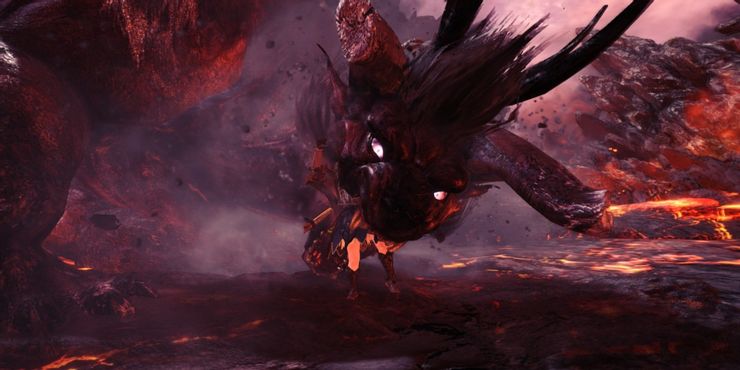 The creature gave the players a lot of nerves. It lives in the Elder’s Break. It is worth going to battle only as part of a complete team. First, you need to crush it with stone traps. You need to attack with the front legs and horns. To win, you need to properly plan your roles, be patient, and practice.

Which monsters have you already defeated, who turned out to be more difficult and how many attempts did it take?