The first part of the game from Arkane Studios was a kind of breakthrough, and the missions had a significant impact on it. But where there are better assignments, worse ones cannot be avoided. And they can push away from the project from the first minutes.

Before talking about unsuccessful quests in Dishonored, it’s worth saying that the first part of the title was experimental… Several years have passed since its release, and now it is clear that the experiment was successful.

It is precisely this experimental approach that explains that not every task turned out to be interesting and of high quality. It can be seen that the developers tried their best, but the lack of experience in creating such specific projects affected.

Arkane Studios and Bethesda have decided to focus on slightly confusing narrative and a large number of ways to pass each level. Thanks to this, the game is replayable and suitable for both aggressive and peaceful gamers.

Most of the missions can be completed two methods: by colliding in open combat or by stealthily bypassing opponents. Moreover, each of these options is diverse, even individually. For example, you can fight using melee weapons and firearmsor else use superpowersstopping time and exposing enemies to their own bullets.

Even unsuccessful quests can boast of having choices. Let’s move on to the worst missions (listed in ascending order from worst to worst).

5th place: Return to the Tower

In this quest, Corvo Attano finally returns to Dunwall Towerto fight Lord Regent Hiram Burroughs. From the point of view of the narrative, this is a long-awaited meeting and return home: you can remember the late empress by visiting a memorial plaque, as well as visit other memorable places that cause nostalgia. The heart that the protagonist carries with him can also say a lot about the different parts of the tower.

The good thing about the mission is that it gives the player a sense of climax, which the final level lacks. Otherwise, she rather poor in terms of gameplay, although the gamer can exercise his revenge in different ways.

The last quest, in which Corvo Attano travels to Kingsparrow Island for the final time save Emily Kaldwin… Whole mission depends on the level of Chaoswhich can be low or high. This indicator is built from the passage of all previous levels. So the first impressions of the assignment are positive – nice to see the fruits of your labors and the results of the decisions taken. Therefore, it is recommended to think in advance how exactly to manifest yourself throughout the entire first part, otherwise the ending will disappoint.

Precisely because of what the developers decided to do different endings, depending on the level of Chaos, half of them turned out to be frankly bad (and hence the final mission itself). As a result, with a low level of Chaos, the sun shines brightly in a cloudless sky, there are few hostile mobs and no some collisions with key characters…

The “Guiding Beacon” level is not bad, but it is clearly inferior to most of the quests in the game and is frankly boring with a low level of Chaos. One of its main advantages is that it gives answers to many questionsthat were brought up in Dishonored. But not at all.

The return to the Pit Dogs Pub after betrayal by the Loyalists is very interesting. Arkane Studios came up with the idea of ​​making this location a full-fledged level, albeit a rather small one. But they did not take into account the fact that most of the players prefers to explore new placesrather than visiting old ones.

In addition, the quest takes very little time and is shortest in the game… There are very few ways to go through the level, and even they only relate to the details.

The most resentment among the players is a huge number of enemiesthat are placed in such a small location. Unsurprisingly, the many cramped passages filled with hostile characters annoy gamers.

But in terms of storytelling, the quest plays an important role, because leads to the final task…

The first mission in Dishonored, starting from the moment when Corvo Attano has been in prison for six months. Finally, the hero had a chance to escape Coldridge Prison just before his wanted to execute… Already here the player has a choice between leaving the confinement secretly or leaving behind a trail of lifeless or cut down bodies.

Since this is a starting quest, it only leads to one climax, so is linear… In addition, Corvo is not yet trained in magic… In other words, the gameplay in this mission is significantly limited. This is reasonable, because if you load the player with all the possibilities in the first mission, he will quickly get confused and tired in them.

Introductory mission, in which the plot begins. In it, players get to know the main character in the person of Corvo Attano and enter the Dunwall Tower, so that meet the empress Jessina Kaldwin, whose Lord Protector he is. Here you can also be distracted by third-party activity, playing with heiress to the throne Emily Kaldwin… At such moments, you can see how friendly they are.

To contemplate the pleasant moments of happiness is not long. It will soon be learned that the queen was betrayed and killed, and Corvo finds himself in the center of events and accused of all sins… In parallel, the game introduces the gamer to the unique universe of Dishonored, acting as a textbook.

However, everyone starts too fast and is served rather crumpled. It is important that the game engages the gamer in the first minutes, but does not rush or confuse. It is because of the awkward beginning that many players abandon the passage, and have not really started it. But in vain, because over time, Dishonored reveals itself in all its glory, especially in the best quests.

If you feel hurt about your favorite franchise after reading, then we recommend that you look at our other text: TOP 5 best quests in Dishonored. Well, for those who are already tired of this game universe, we have prepared a selection of the 10 craziest quests in Skyrim.

What tank will the spring marathon in WoT be for? Promise imbu 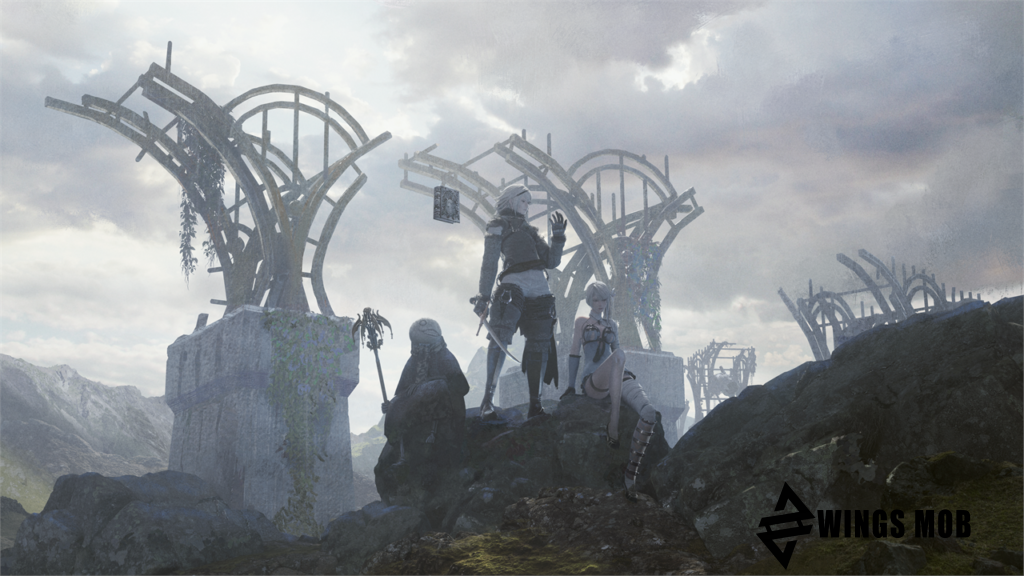 7 differences Yennefer from Vengerberg in the series from the game