Simultaneously with the start of the summer sale on Steam, a new loyalty system was launched, which, apparently, should reward the most active players on the site. By investing money, the system gives users “points” that they can exchange for various items, badges, and in the future, perhaps even for discounts for certain video games that are in the store’s assortment.

Regarding the latter, Valve has not provided any comments. At the moment it is not clear which games will be subject to discounts and whether users will be able to purchase these very discounts for the points they receive. I would like to believe that soon the company will share some additional details on this topic of interest to many.

In addition, along with the loyalty system on Steam, so-called “reactions” appeared, which you can now leave under user reviews. The list of reactions includes the following:

New reactions to reviews will undoubtedly help to diversify the process of user interaction with each other. All of these are definitely better than simple “Yes”, “No” and “Funny”. Let’s go back to the loyalty system and see how it works …

How does the Steam loyalty system work? 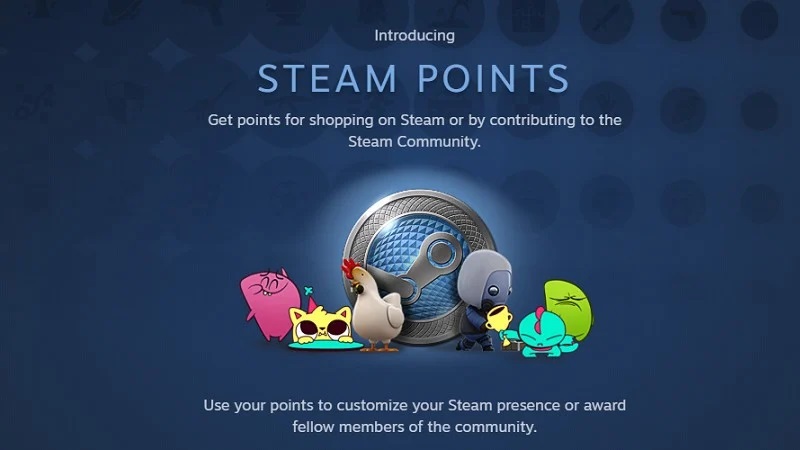 The essence of the loyalty system is quite simple: you spend money on Steam (buying games, add-ons to them, programs, VR hardware – no matter what) you get points for this and exchange the points you received for certain digital “goods”. Spending one dollar on the site will earn you 100 points. For people living in the Russian Federation: 100 rubles = 144 points.

For the received Steam Points, you can purchase:

In addition, you can spend about 300 points to give out rewards for various user-generated content, such as game screenshots, mods from the Steam Workshop, guides and reviews. The awarded user will receive an additional 100 points to his account within two weeks. The previously mentioned reactions, by the way, are part of the awards given out.