What are the problems with the evaluation rating of the Play Market and App Store applications?

The app rating system is going through hard times, because people have learned to manipulate them the way they want. Here 2 interests collide: developers and users themselves. App developers really need positive reviews (we’ll look at the reasons later), but ordinary people don’t need it at all. Anger usually becomes a strong enough motivator when the application is not working properly. It is quite rare to find conscious users who just want to support the service and tell that it is cool. Unless after being faced with a large number of low-quality applications, this development became a real relief. Well, there is a lot that I would like to talk about today regarding the rating system: how we are manipulated, why rating is so important, how it affects the number of downloads, where the problems are hidden here, etc.

What criteria does Google Play use to rate apps?

At the time of adding an application to the Play Market, the bot independently evaluates it according to several key criteria. The so-called pre-moderation. Over time, a real moderator can get to him, but everything will depend on the situation. In the App Store, the analysis procedure takes place mostly in manual mode, so you often have to wait for your turn for 2 months or even longer.

It is clear that these factors are not as important to users as the actual efficiency of the application, the quality of its work and the benefits it brings. And the only way to determine this is through a rating based on user feedback.

How does rating and downloads compare?

The software company Apptentive has done research along these lines. The results are very interesting. I attach a picture below, and then we will discuss the main points. 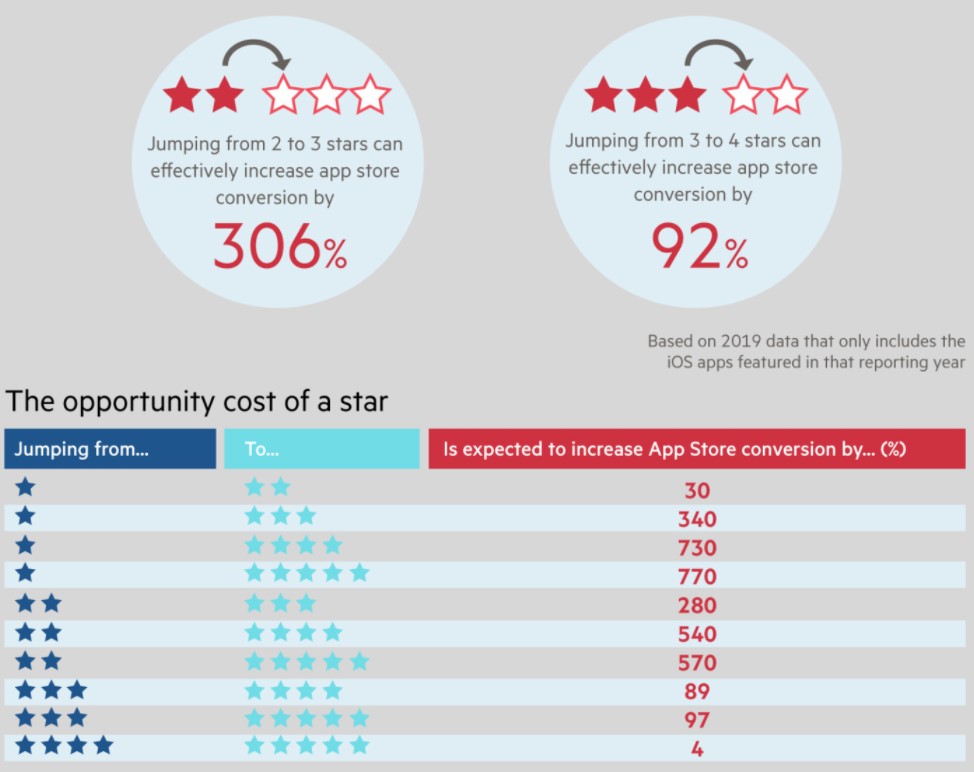 Why did this system stop working?

There are several reasons why the app rating system is now not an objective reflection of the real quality of the app, and here they are:

What we have at the end: real users often express their dissatisfaction, and developers are looking for any ways to deal with this phenomenon. Moreover, purchased reviews pull even a frankly bad application from the bottom. You’ve probably seen when some software is completely unimportant, but it has a rating of 4 or even 5 stars. This is no coincidence.

What can be done? Force users to write more detailed reviews – then SMMs will enter the market, who will do everything much better than ordinary people and the rating will no longer reflect reality from the word at all. Analyzing the duration of an application’s use and correlating it with a rating is technically difficult. Moreover, they are all different. Some are needed for one use, while others force the user to do what he wants for a long time, but they have no alternative.

Most likely the situation will not change, but there is one caveat. The Play Market has already upgraded the rating system, now 90% of the current rating is the average score from users, set since the last update, and only 10% is a score for the entire time. Thus, if the application was bad, but it was done well, it will go up in the rankings a lot after the update. If the utility was very decent, but after the update it does not start on some devices or some functions have disappeared, it will very quickly drop in rating. The idea is good, but it gives more room for manipulation.