What can you do with Horizon Zero Dawn on PC?

Horizon Zero Dawn is an incredibly beautiful and addicting toy from Guerrilla Games studio, released back in 2017 for the Playstation 4 console, and has finally made its way to personal computers. Horizon Zero Dawn has a whole bunch of diverse content – let’s see what you can do in this game. 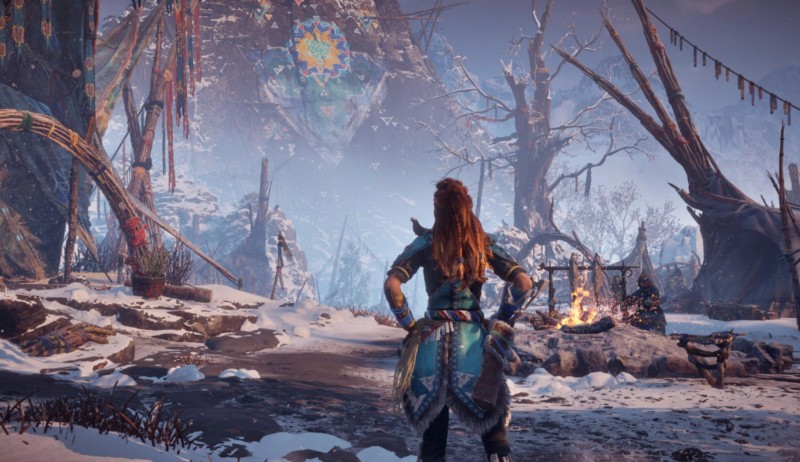 The storyline company Horizon Zero Dawn includes about twenty-two missions. During their implementation, you will have the opportunity to visit various locations, chat with both friendly and not so NPCs, and also fight deadly robots. Considering that we are dealing with an openworld game, many players are wondering: is it possible to continue exploring the open world after the end of the story campaign? The answer is yes, there is such a possibility, but there are some nuances …

At Olin’s house, by the bed, you will see a warning message about the end of the game. When you complete the story campaign and try to continue the game, you will be re-thrown at the moment before this message appears. Simply put, the game is not over and you can explore the vastness of the Horizon Zero Dawn world for your own pleasure. Plus, you will be able to bring together all the allies if you did not manage to do this the last time.

Don’t ignore the side missions and other things in Horizon Zero Dawn! At first it may seem to you that all this content is not worth the time spent on it, nevertheless, the further, the more fun it will become. And at some point, you will completely stop noticing the difference between story missions and secondary ones. For completing such missions, by the way, you will receive not only fragments and various modifications, but also new weapons and even improvements for already available weapons. In addition, side missions will help you with collecting an ally for the game finale, which is also very important.

Bows in hand and go!

Be sure to look for blue bows and arrows on the map! These zones on the map are the so-called “hunting grounds”, which are directly connected with the hunting lodge of the city of Meridian. To get inside this house, you need to complete three special tests. One hunting ground contains three trials. But to open all three weapons of this house, you will need to complete all fifteen tests, i.e. there are five sites to visit.

We clean the map from the fog of war

Horizon Zero Dawn has a Fog of War. Simply put, the parts of the map you have not yet visited will be darkened and you will not know what and where is on them. To get rid of this fog, you need to find long necks – giant robots similar to brachiosaurs, but only with disc-shaped heads. Climb the long-necked heads and activate the module there – the fog of war in a certain radius from these robots will disappear. There are six such robots in the game in total, and for interacting with all of them you will receive a special achievement.

The world of Horizon Zero Dawn is scattered with a huge amount of all kinds of collectibles that will come in handy for a wide variety of purposes. Which of them need to be collected only to obtain achievements, while others can be used as currency at certain Meridian merchants. Collectibles include the following:

Information about all these collectibles is in Aloy’s personal journal. To greatly simplify the search for “collectibles”, you can purchase special cards, after reviewing which the location of the collectibles will be marked on the main map of the game. It would seem that you know where to go – the collection will not be difficult. However, everything is far from simple: many collectibles are very, very difficult to find, even with the necessary card.

In addition, do not forget about the countless media that will provide you with additional information about the world of Horizon Zero Dawn and which are not marked on the main map at all. The only thing that will help you when collecting information carriers is a mini-map on which they will be marked in the form of a small cube.

Exploration of ancient ruins and cauldrons

Horizon Zero Dawn players can explore ancient ruins. Most of the ruins are explored during the course of the story campaign, some during secondary missions. In the ruins, you can find storage media, some collectibles and information about the game world. In the boilers, there are much more useful things: using a special device, you can improve your interceptor there, which will allow you to control new types of robots. If you can explore all the cauldrons available in the game, you can capture all the robots. Well, the exception, of course, is you know who … if you don’t know, you will find out …

After the destruction of all opponents in the bandit camps, an NPC merchant and a bonfire will appear on their territory. And after clearing all the camps, you will receive an achievement, as well as an unusual duel with a character associated with the killed bandits. Infected zones work in approximately the same way, but only in them you will have to kill hostile robots, the level of which depends on the level of the infected zone itself.

A new storyline campaign, new side missions, new collectibles – all this and much, much more players can get in the The Frozen Wilds add-on for Horizon Zero Dawn. You can access this add-on in the upper right corner of the game map.

As you can see, the content in Horizon Zero Dawn is simply heaped up – you definitely won’t be bored, even if you have already completed the main story missions.