The famous shooter Apex Legends has attracted the attention of a huge number of gamers around the world. To a greater extent, it is appreciated for the unique gameplay and dynamics into which each user is immersed. It is a sophisticated product with stunning graphics that is hard to pass by. It is also noteworthy that the game is distributed free of charge. Also, players like the fact that the developers do not leave their project and often update it, fix problems and add new content. However, the next update did not bring joy to some players. 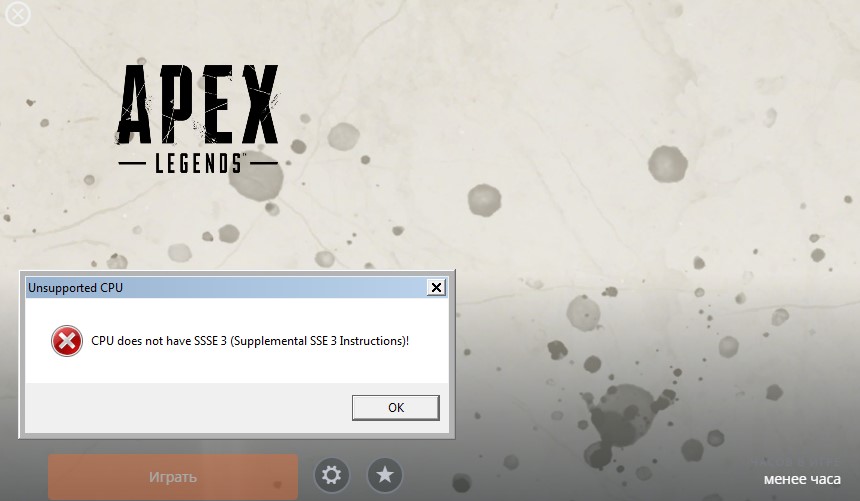 When launching Apex Legends, the error “CPU does not have POPCNT” or “CPU does not have SSSE 3” started appearing on the screen. At the same time, earlier it was possible to launch Apex Legends without any problems and enjoy the gameplay with fairly comfortable FPS. But after the update, it became impossible to take part in the famous battle royale. Why this happened and how to deal with it, we will talk below. Initially, you need to grasp what the message “CPU does not have POPCNT and SSSE 3” means, and also why it started to appear after the next update of the game client.

What does CPU does not have POPCNT and SSSE 3 mean?

You need to understand that to run any software, be it the Apex Legends game or an office application, certain conditions are required. There are software requirements for the system that must be met. Previously, everything worked, since the standard system requirements of the system met the minimum and even older PCs could run Apex Legends without problems. After the update, the developer made changes, he simply changed the minimum system requirements, in particular – to the processor.

After the update, a new condition appeared to start the game, the installed processor must support POPCNT and SSSE 3 technologies. If such an error appears on the screen, it only means that the user’s processor does not support one of them.

What are POPCNT and SSSE 3? We need to start with the fact that the characteristics of a processor are determined not only by the frequency and the number of cores, as everyone is used to thinking. Each processor also has its own set of instructions that it executes all the time. With each chip update, the developers added a new set of instructions, because everything must evolve and develop.

After the update, the minimum system requirements have been changed. This is due to the fact that game technologies are moving forward, it is necessary to increase the quality of graphics, add visual effects, and increase the originality of the gameplay. As a result, the minimum requirements increase, which is logical. Today they are:

If the user sees that his processor is lower than the minimum requirements, then it is for this reason that he receives the message “CPU does not have POPCNT or SSSE 3”. A logical question arises about what to do in this situation? Below are some solutions to the problem.

If the processor is very old and does not have POPCNT or SSSE 3 instructions, then it needs to be updated. You need to understand that the instructions were entered into the processor by the manufacturer, they cannot be added, the chip simply cannot be upgraded. If there are no instructions, then they will not be, no matter what actions come from the side of the user. There is only one way out – to upgrade the computer, change the processor, if necessary, the motherboard, RAM, video card. This will not only allow you to play Apex Legends, it will allow you to play at higher FPS and other games, getting much more fun from the process.

It happens that the hardware of the PC meets the minimum requirements of the developer, but the problem does not disappear, the same error appears at startup. This may indicate that a bug has occurred, you can fix it yourself, for example, run Apex Legends in compatibility mode.

To do this, you need to do the following: 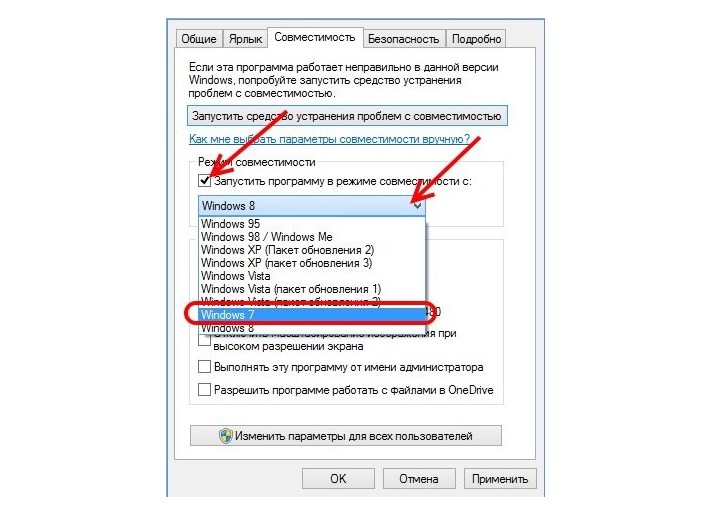 If this method does not help to solve the problem, you need to pay attention to whether the system drivers require updates. You may also need to completely reinstall the game client or update it. You should always make sure that the game client is updated to the latest version, if this is not the case, then similar compatibility issues may arise.

Running the game as administrator

When the software does not have the necessary rights, various startup problems may arise. For example, the game client or the launch console simply cannot see the full specifications of the device, so they throw the aforementioned error. To solve these problems, you need to initialize the launch of Apex Legends and the Origin client as an administrator. To do this, follow these steps: 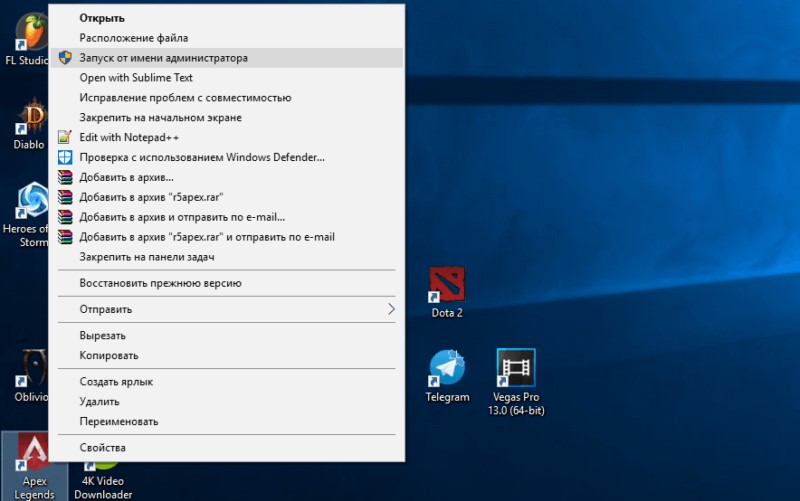 These methods will solve the problem and the CPU does not have POPCNT error will no longer appear. However, you must always remember that the developer is forced to update his software and modernize it, focusing on more productive hardware. If the PC is already outdated and over 10 years old, then you should think about updating it.