Where can I get the Club Card and the Eternal Fortune Statue in Stardew Valley?

The Statue of Eternal Fortune is a useful item that will offer the player various things on a daily basis. However, to get this miracle, you need to accumulate one million gold coins and get permission to enter the secret casino. This will require a club card, which can be earned by completing the quest chain.

While obtaining a club card may seem simple, it will take a lot of time and energy, as well as the accumulation of certain resources. If the player is still a relatively newbie, then he may not have many items, and they should be obtained / bought / crafted / grown.

Step one: take the battery pack to the Dark Tunnel

There is a Dark Tunnel location to the west of the bus stop. Once inside, you can find a note that will start the quest to find the statue of Eternal Fortune. The bottom line is that you need to place a battery in the safe between two dim lamps. It can be purchased from the Traveling Merchant, at the Carpentry Workshop, or crafted by yourself using a Lightning Rod. When lightning strikes it, a battery is generated. It should be borne in mind that there is no thunderstorm in winter.

Step two: take the rainbow shell to the train station

According to the note found in the safe, the player will need to take the rainbow shell to the train station and throw it into an empty box. After that, the next note will be given, sending to the new location. In summer, rainbows can be collected on the beach. In other seasons, there is a possibility of her appearing in the assortment of the itinerant merchant. There is also a very small chance of catching one of the shells in the rainbow trout pond.

Step three: 10 beets for the mayor

According to the previous instructions received at the train station, the player must grow 10 beets and take them to the mayor’s refrigerator. The vegetable can be harvested six days after planting, and can also be purchased at the Oasis. Take the crops to the mayor’s office and you will receive the next part of the quest. 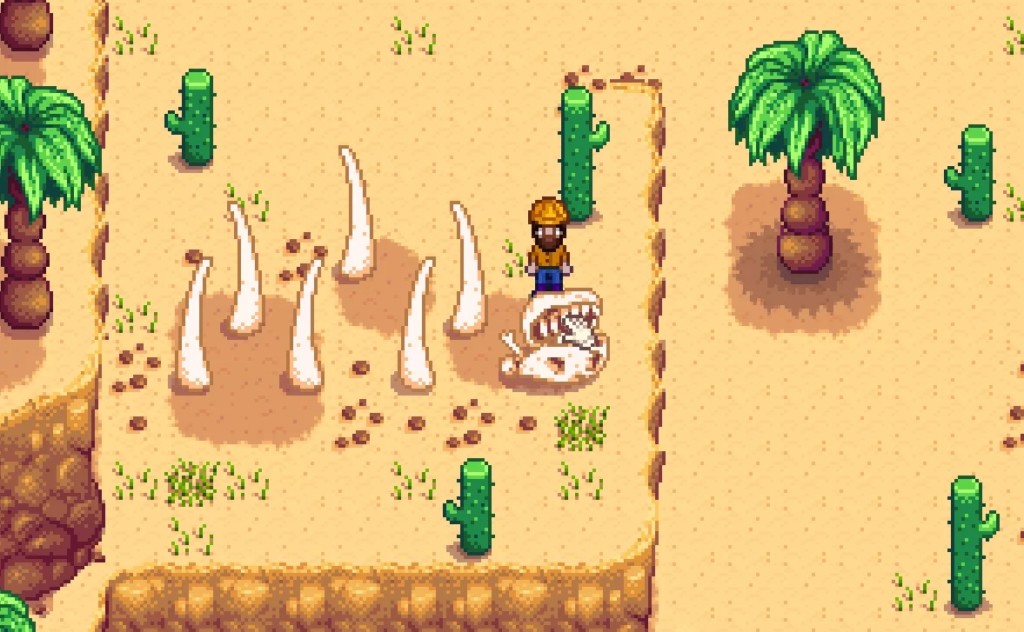 It takes abstract thinking to understand this set of instructions. You need to get the Sun Essence and place it in the mouth of the dinosaur remains above the Oasis. This item is dropped by several monsters such as:

In addition, Sun Essence can be found in Magma Geodes and purchased in the sewers from Krobus. And if you release a Sunfish fish into a pond, it will produce this component from time to time.

Step five: check the woodpile near the house

After the Sand Dragon is fed, head home and check the woodpile by the porch. In the last note, the answer will be given who gave all these instructions, and the club card will also be attached. 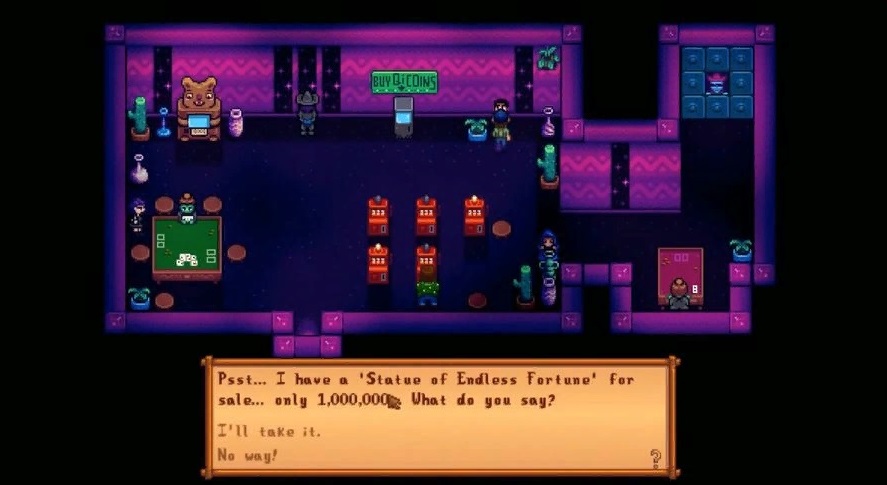 Having received a card of a club member, and taking with you a million gold, you can go to the Oasis. Walk down the hallway to the back of the store and talk to the NPC in the doorway. By showing him the club card, he will let us into the secret casino. To the right of the vending machine will be a mysterious stranger who will offer a statue of Eternal Fortune.

Ranking of the 5 best games similar to Assassin’s Creed