In Nioh 2, you have the option to choose your starting weapon. Do not think that some weapon is better than another. The main thing is to choose the weapon with which you will feel most comfortable on the battlefield. In today’s article, we’ll take a look at all of the starter weapons in Nioh 2, as well as tell you which one to look out for. These are just our recommendations – the final choice is yours! 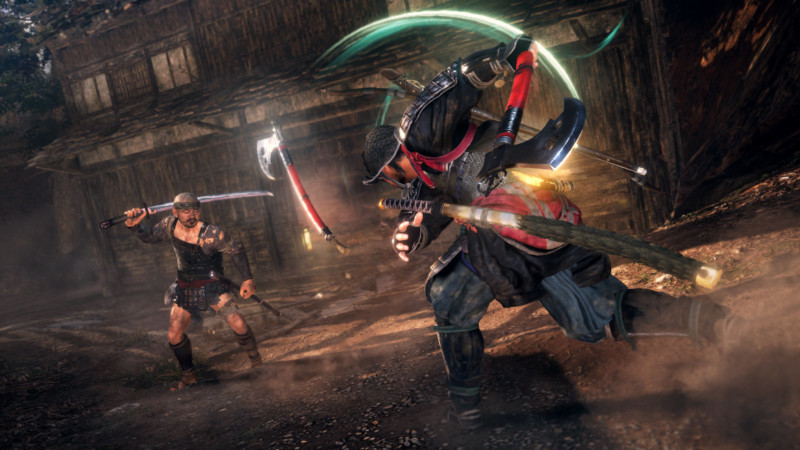 The relationship between weapons and stats

This article will be primarily useful for novice players in Nioh 2, and therefore we will not go into the more advanced gameplay mechanics of this toy. Character characteristics, starting weapons and important nuances – now we will talk about this.

The best weapon to start the game

The Katana is a standard Nioh 2 weapon that is great for almost any situation in the game. Such a blade is preferred not only by beginners, but also by advanced players of this series and other similar games. Katana has a rich set of combos in all three stances, but does not boast a good block. Fortunately, she has everything in order with a breakthrough, thanks to which you can inflict quite high Ki damage for most opponents. To increase the damage done by a katana, you need to properly pump up such characteristics of a character as Strength of Spirit and Skill. In addition to the katana, it is best to equip two katanas, hatchets, bow or musket. In addition, you should not equip heavy or medium armor with a katana, because it can significantly slow down your Ki recovery.

The katana is worth taking if you are a fan of samurai theme. The Katana is a versatile weapon that is great for almost any game situation.

You shouldn’t take a katana, if you want to deal damage to several enemies at the same time and be able to block most of the damage done to you.

Why not take two smaller katanas instead of one? Two katanas do not have as high damage as one katana, but they are capable of dealing damage at a much higher rate, which can be a critical factor in certain situations. It’s also important to note that two katanas can better block enemy attacks, which makes sense. To better cope with two katanas, you need to increase Skill and Strength. Two katanas should be taken in conjunction with the above katana or spear.

Two katanas are worth taking, if you, again, are a fan of the samurai theme, but you need something quicker. Also, this weapon is suitable for players who do not want to wear medium or heavy armor and want to delve into elemental elements.

You shouldn’t take two katanas, if you want to wear heavier armor and weapons.

In the hands of opponents, the spear is a damn annoying contraption. In the hands of the player, the spear can become either a lifesaver or a real punishment. The spear takes some getting used to, but it’s worth it, trust us! This weapon can not only inflict relatively high damage, but also keep opponents at a distance, or even separate them into separate groups. In order for your spear to be effective in battle, you need to pump Compound, Strength and Skill. The spear works well with weapons such as dual katanas and odachi. Surprisingly, the spear has an excellent block, plus it can do quite high Ki damage to the enemy.

The spear is worth taking if you prefer to control opponents on the battlefield. Works well for players with semi-tanks.

The spear is not worth taking, if you feel insecure in tight spaces and do not handle game timings well.

Surprisingly, the main characteristic for a huge ax is not strength, but stamina. The ax is well suited for players who want to inflict maximum damage. Combines well with heavy armor. Dream of a tank. Unfortunately, the ax is completely unsuitable for blocking damage: this action consumes a huge amount of Ki. However, the ax can quickly drain the opponent’s Ki if they try to block your attacks. In general, an ax is not a means of defense.

The ax is worth taking, if you want to create a tank that deals high damage.

The ax is not worth taking, if you don’t like slow gameplay and prefer to wear lighter armor.

The Kusarigama is a pretty interesting weapon and few players choose it as their starting weapon. In the end, a sickle with a chain and a sinker (sometimes spiked) at the end does not seem to be such a reliable tool for eliminating opponents. Nevertheless, if you are interested in ninja themes, then you perfectly understand how dangerous a weapon Kusarigama is. Slashing and bludgeoning attacks in all three stances and high elemental damage. However, you can forget about the normal block with Kusarigama. You can also forget about the enemy’s normal Ki damage.

Kusarigama is worth taking, if you want to attack opponents at close, medium and long range. Ideal for ninjutsu lovers.

Kusarigama should not be taken, if you are creating a tank character and want to do high damage.

Do you love giant swords? Then Odachi is your choice. An excellent weapon at long and medium ranges, but equally useful at close range, even against a group of opponents. Great for fighting many bosses. It may surprise you, but Odachi has a pretty weak block. To strengthen Odachi’s attacks, pump the Strength and Fortitude of your character. Odachi pairs well with spears and axes.

Odati is worth taking, if you like weapons with high damage and wide range of damage. Also, this long blade must be taken by fans to experiment with elemental damage.

Odati is not worth taking, if you don’t like slow gameplay and prefer to wear lighter armor.

Tonfa is best used in combination with light armor and a spear. To increase the effectiveness of tonfa, you need to pump Courage. Extremely fast weapon with pretty good breakthrough and block. It does not differ in particularly high damage, but this is more than compensated for by the already mentioned attack speed.

Tonfa is worth taking if you like to use ninjutsu and actively dodge enemy attacks.

You shouldn’t take tonfa, if you prefer to keep enemies at arm’s length. Tonfa is also poorly suited to characters in heavy armor.

Hatchets are very similar to tonfas, which we touched on above, but their effectiveness in combat is increased through the Skill characteristic. Moreover, as you can see in the plate above, the tertiary “scale” for tonfa is Magic, and therefore this weapon will be very useful for players who prefer to use the magic of Omedo and various talismans / amulets with elemental damage. Hatchets work well for penetration and are easy to block enemy attacks with. Fun fact: you can throw hatchets at opponents, but only at close and medium distances. Hatchets work well with a spear and two katanas.

Hatchets are worth taking, if you prefer a weapon with a quick attack. Suitable for players wishing to use the elemental magic of Omedo.

Hatchets are not worth taking, if you rely heavily on ninjutsu and do not intend to use the magic of Omedo.

The glaive is arguably the weirdest weapon in all of Nioh 2. If you don’t want to play the game with classic weapons and want something more exotic, then the glaive is your choice. The glaive has no block, but a wonderful break. The main characteristic for the glaive is Magic, and therefore it is ideal for users of Omedo magic. Together with the glaive, it is recommended to take either two katanas or hatchets. For magic players, we recommend making a bunch of glaives + hatchets. Unfortunately, having taken a glaive for yourself, you will have to be content with only light armor.

Glaive is worth taking, if your character is a mage.

Glaive should not be taken, if you decide not to focus on Omedo magic and want to use medium or heavy armor.

When playing Nioh 2, you need to consider a whole bunch of characteristics, effects and other gameplay mechanics. Choose any of the above weapons, and there you will see …