AC Valhalla’s Eyvor can enter into romantic relationships, whether you’re playing as a woman or a man. Below are the characters you can romance with as you progress through the storyline. The description contains all the steps necessary for a closer acquaintance with this or that hero. Please note that spoilers are possible in the text. 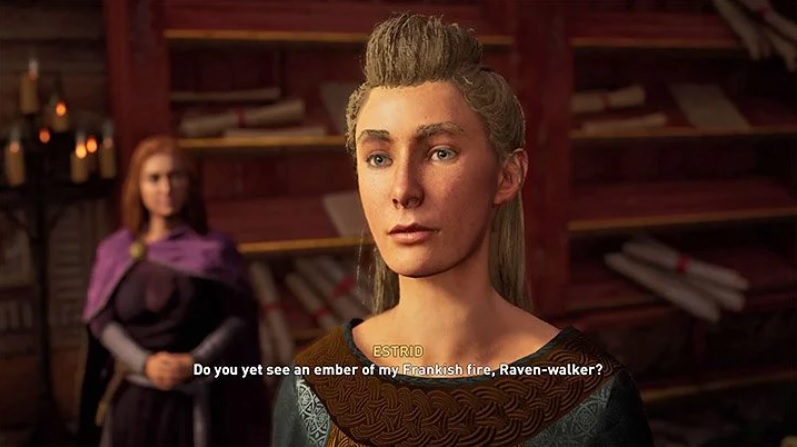 Estrid is the wife of Birstan, the ruler of the land of Essex. The first meeting with her will take place immediately after the start of the storyline of this region. It is originally located in the city of Colester. From the first meetings and the entry in the code about Estrid, you can learn that her marriage to Birstan was according to the calculation, to which her relatives forced her.

The ruler himself rarely meets with his wife, more interested in hunting and battles. A series of quests in Essex will lead to the fact that Estrid will have to be kidnapped (with her consent), and then tricked into leaving England and returning to her homeland. 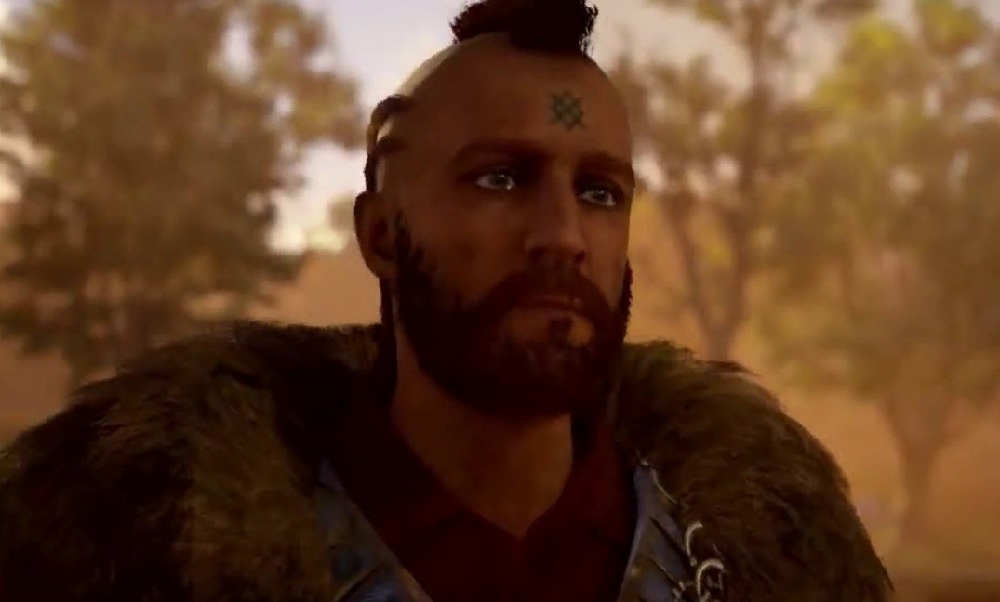 Broder is a Danish warrior found throughout the storyline in the East Anglia region. The first confrontation with him, and his accompanying Brotir, will take place during dinner (according to the main quest). After the start of the fight, he will have to be defeated in a fist fight. Fortunately, this will not lead to any negative consequences, and will not affect the ability to have an affair with him.

Some time later, taking part in Oswald’s wedding, Eyvor can walk around the hall, and get acquainted with various characters who came to the wedding. Brodir will be among them. In one of the contests, we have to compete with him in drinking. The result of this confrontation does not matter, but after it you can approach the character and chat. Broder will aggressively flirt with Eyvor.

Select the dialogue option marked with a heart to respond positively to his courtship. After the next phrase, confirm that you want to go with him to a more secluded place. Next, a cut-scene with a kiss will be shown. Subsequently, Broder can be met in the final part of the quest, before leaving this region. He will stand in front of the main building of the village, where you can say goodbye to him. 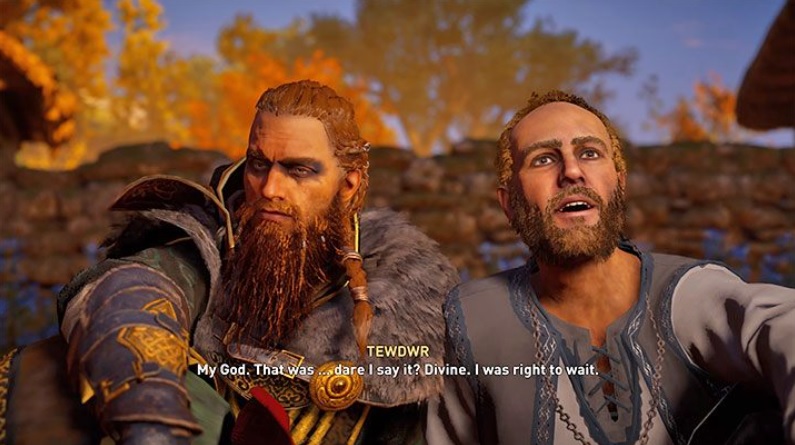 Priest Tevdur is one of the candidates for the leadership of the city of Glovesestr. The first meeting with him occurs automatically at the beginning of the storyline in the region of the same name. Tevdur will be one of the friends of the blacksmith Gunnar, who went here to be engaged to Brigid. During the celebration of Samhain (analogous to modern Halloween), you can get drunk with Tevdur.

Over intoxicating drinks, the conversation can turn on delicate topics. By choosing the appropriate dialogue option, marked with a heart, you can agree to a closer relationship. However, the romance itself will not start right away. The opportunity to get close to Tevdur will appear only after the completion of the plot in this region.

Later, Eyvor will receive a letter from Tevdur inviting him to visit him (check the mailbox in the main building of his settlement). It is necessary to return to the city of Glovesestr, where the thatched structure was burned. After talking with the priest, you can again select the dialogue option with the heart. This time a kiss cut scene will start.

An affair with Vili 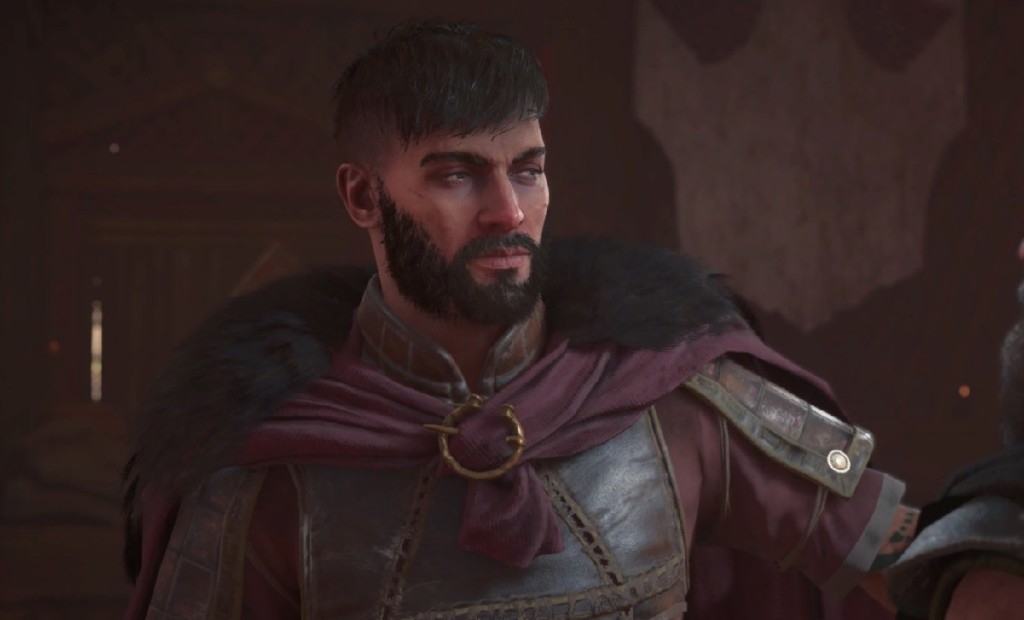 Vili is the son of Jarl Hemmingson, who rules over the region of Snottinghamskire. He has known Eyvor since childhood. The opportunity to meet him appears during the obligatory quests related to the storyline of this region. As part of these tasks, Eyvor must help the dying Jarl in choosing his successor. For a long time, there will be no additional dialogues with Vili. The situation will change only at the very end, after the death of the Jarl.

During a conversation with Wiley at the camp, he recalls the past and the missed opportunity for a closer relationship. At this point, we can agree that the hero also regrets it. Next, an intimate kissing cut-scene will begin. The next morning, the heroes will decide that it was only a fleeting romance, and they will remain close friends. It is worth noting that if Trygve is chosen as the next Jarl at the end of the Snottinghamskir chain, Wili will join the Eyvor clan and go with him. 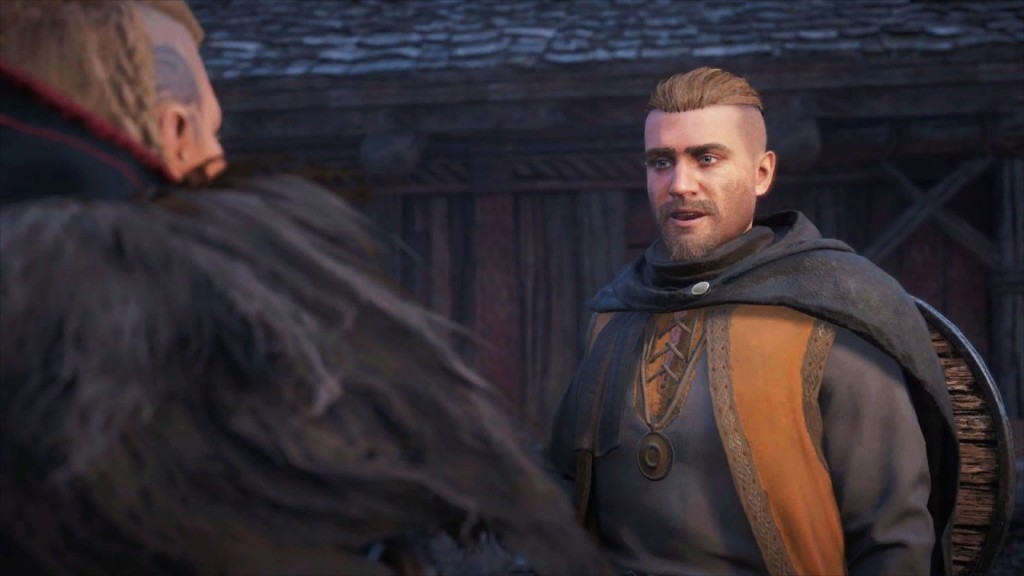 Stigr lives in the village of Hemthorp in the Snotinghamskire region. After the first conversation, he will begin to aggressively flirt with Eyvor, and offer to play fluting (verbal mini-game). If you agree and put money on the line, and then win, Stigr will congratulate the hero and offer to go to a secluded place. If you agree, a cut-scene with a kiss will start, and this is where the fleeting romance ends.