Any PS4 owner knows that there are achievements in the proprietary system of this game console. You play a game, perform some action there, the console gives you a prize in the form of this or that achievement. This can be a certain number of enemies, completing a difficult mission in a particular game, completing one or several games. The system of achievements is quite developed and deserves special attention. In general, everything works well, and users leave positive feedback on this functionality. It is always a pleasure to receive gifts, while Sony is ready to give real prizes in the form of games or other content for a certain prize level. This all adds motivation to the player to play more, install various games.

However, it cannot be said that this system works perfectly. Errors may occur from time to time, for example, a common problem is the message with the code NP-36006-5 on PS4, which is associated with this achievement system. If suddenly the trophies become unavailable, for one reason or another, the game console loses the ability to fully work. We have to look for a solution to the problem, it can be quite cardinal.

Of course, a logical question arises as to why error NP-36006-5 on PS4 still occurs. Everything is pretty simple here. Game achievements are implemented at the system level, they are stored in the user profile, and the account is located on the hard drive or SSD, which is the main drive of the game console. If for some reason the data becomes inaccessible or damaged, then this error occurs. Problems with information about achievements can appear due to a system failure, damage to the hard disk, etc. In this case, the failure can be associated with a specific game or with all the software from your catalog.

There are several ways to solve the problem: the first one was suggested by users from thematic forums, the second one was suggested by Sony itself. Sony’s solution is more radical, it takes more time and effort, but almost always solves the problem. Nevertheless, it is better to start with the first method, so you can quickly solve the problem and restore the operation of the game console. If the first method cannot be implemented or it does not work, then you can use the official recommendations of the manufacturer.

Method 1: delete a game that has no trophies

This method was found by users through experiments, while the developer does not officially confirm its effectiveness. The essence of the solution is to find a game in your library where you have not earned trophies before, progress should be at 0%. By removing such a game, you can restore the console to normal operation and enjoy the gameplay. To implement the method, you must perform the following steps: 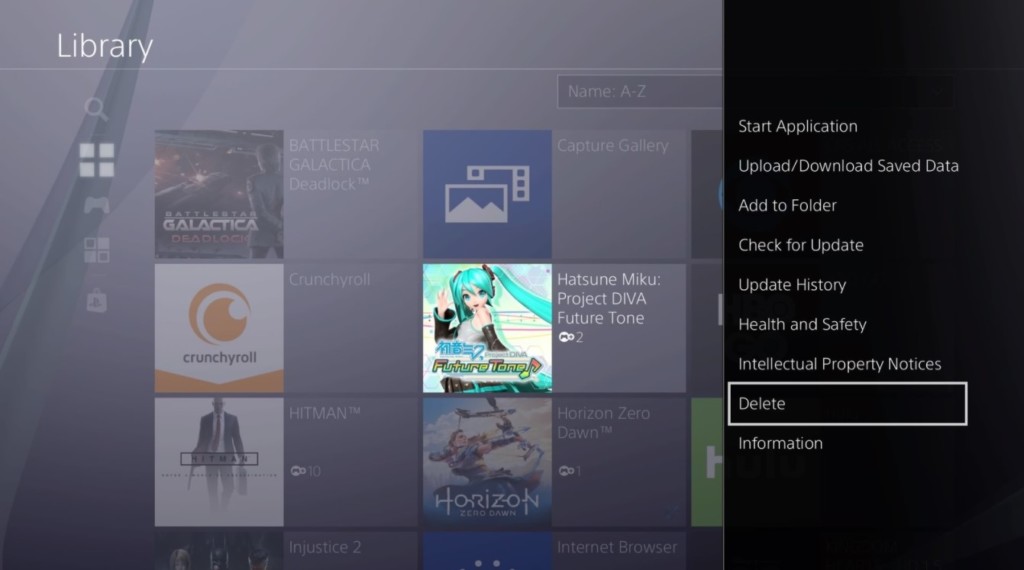 If you do not have a game on the list without trophies you have already received, then you can go to the PlayStation Store, download and install a free game. Start a new game and exit it, now the list will contain everything you need to implement this method of solving the problem. Make sure you don’t get the achievement after starting the game for the first time, or the method won’t work.

The logic behind the solution is that as soon as the user deletes the game with zero progress in terms of trophies, the system will re-sync them. As a result, all trophies become available again, since they were loaded from the server again and the error no longer appears. Oddly enough, but this method works and is used quite often.

If the first solution to the problem by uninstalling the game did not help, then you should follow the official path recommended by Sony. It should be noted right away that this method is more radical and complex, but it really works and allows you to run your favorite games without any problems, without error NP-36006-5. To take advantage of the official solution from Sony, follow these steps:

If this method does not help to solve the problem, error NP-36006-5 on PS4 continues to appear, then official support recommends performing a full reset of the console to factory settings. This is a way to solve the problem with the error, but you need to remember that all data from the game console will be completely deleted. After that, you can recover some of the data, but you will have to deal with the complete setup of the PS4 and download all the games, which will take a lot of time. Therefore, initially it is necessary to try the method of deleting the game, where you have not earned a single trophy. If that didn’t work, then you should resort to the second method, which is officially recommended by Sony. If this method did not work either, then you will have to reset the prefix and configure it again.