10 actors who could have played the iconic comic book villains

Long gone are the days when the villains were not too honorable to play. Today, antiheroes often appear before us as deeper and more humane characters than protagonists. These actors could play truly iconic roles, including Joker and Harley quinnbut missed their chance.

Everyone has their own reasons – someone was left behind as a result of competition, and sometimes objective circumstances interfered with the actors. In any case, the directors managed to find replacements and released the films to the big screen. However, the ordinary viewer is always interested in how other actors could prove themselves in familiar images.

I must say that appearance Willem Dafoe great for the role Green Goblin, which the actor played in the film Spiderman 2002 year… However, initially the director planned to involve Cage, whose charisma could well ensure a good result. but Nicholas stated that he did not want to play a villain at this stage of his career and went to conquer other projects.

Also considered for the role of the Green Goblin John Malkovich, but cooperation did not work out. In a difficult situation, Defoe came to the rescue and made the right decision – the film was warmly received by the audience and experts.

After leaving “Suicide squad” 2016 year it became clear that the only bright spot in this film was Harley quinn… Margot Robbie extremely well got used to the image of a girlfriend Joker and today it is difficult to imagine someone else in her place. However, initially the role was supposed to go to Emma Roberts…

The actress refused the offer she received because she starred in the series Scream Queens and had obligations to the TV channel Fox… However, it was a mistake to miss this opportunity – now it is almost impossible to take the place of Margot Robbie.

As known, Magneto – a daring villain and sworn enemy Charles Xavier… Of course, the creators of the tape “X-Men” looking for an actor who will find the “chemistry” with the legendary Patrick Stewart… Until the last moment, Lee claimed the role of the villain, but in the competition he was bypassed Ian McKelen…

It cannot be said that for Christopher this failure became a real tragedy – soon he got the cult role of the count Dooku and Saruman… There is no doubt that Lee would have been able to play Magneto perfectly, but fate decreed otherwise, it may be for the better.

Surprisingly, the director originally planned for the role of Penguin in the film. “Batman Returns” exactly Dustin Hoffman… This is not to say that the anthropometric data of this actor were ideal for impersonating the villain – he was not short and full enough. However, Hoffman himself turned down the role, which allowed his colleague to get a job, Danny DeVito…

This guy became perfect Penguin in all respects – his comic talent was perfectly combined with the absurdity of the character himself. Now it is difficult to imagine someone else in this role.

Now let’s talk a little about the picture. “Batman v Superman”where is the role Lex Luthor got Jesse Eisenberg… To simply say that this choice does not seem obvious is to remain silent, because the audience did not imagine the odious villain at all. Initially, the director planned to provide Jesse with a small role. Jimmy Olsen, but then decided to shock the audience with a non-standard move.

Later, discussing his choice, Zach Snyder said that he had a whole list of potential candidates for the role of Luthor. One of them turned out to be Brian Cranston, who is a typical Lex in the understanding of a comic book lover. However, the director had other plans.

In the upcoming film Spider-Man: No Way Home, which will premiere in December 2021, role Doctor Octopus will play Alfred Molina… This news was ambiguously perceived by Marvel fans, because the actor has already been involved in this image, and for a long time. Obviously in 2004 year Alfred was full of energy and was in the best physical shape, so he could not do without digital rejuvenation technology.

It is curious that another veteran of the acting workshop applied for the role – Christopher Walken, who is another ten years older than Molina. It’s hard to say how organic he would look in this image, but the director decided to go down the beaten path and preferred Alfred.

For a picture “Batman Returns” for the role Cat women was chosen Annette Bening… The actress fully complied with the director’s vision and gladly agreed to embody the image. Annette was trying on suits and was actively preparing for filming when she found out that she was in a position. Since making the film is not a very quick process, Bening urgently had to look for a replacement.

Michelle Pfeiffer made the role truly iconic, so now DC fans can’t complain. For Annette, there is also nothing tragic in this situation, because she had a wonderful son. Stephen…

Movie “Fantastic Four” came out on the big screen in 2015 year… The relaunch of the story turned out to be a failure – the audience mercilessly criticized the tape, and the specialists handed it to it right away 3 Golden raspberries… The inevitable box office failure and a blow to the reputation of the actors made the role after the fact Doctor Doom not the most desirable.

That’s why, Eddie Redmayneknown for his role Newt Scamander in “Fantastic Beasts” I must thank fate for the fact that the director chose him Toby Kebbela…

Despite the popularity Zach Snyder, there are still stars Hollywoodwho do not run to appear in his films at the first call. We are talking about one of the most successful actors of our time, specializing in collecting Oscarov, Daniel Day-Lewis… Movie star Lincoln, “Gangs of New York” and “Oil” could become General Zod in the picture “Man of Steel”, but Snyder failed to convince the master of the importance of history.

According to Zach himself, he talked with Lewis many times, trying to win him over to his side, but failed. As you know, Daniel often takes breaks in his career and returns only when he sees that the picture will turn out to be really outstanding.

It’s no secret that David Bowie in between recordings of music albums, he likes to act in films. He could well light up in the picture Tim Burton “Batman” 1989 year, but became just one of the contenders for the iconic role of the Joker. When it comes to the most popular villain in the DC universe, the director has no margin for error.

The choice fell on Jack Nicholson and you need to agree that he coped with the task 100%. The actor has a talent for playing mentally unstable people, and what Joker Bowie would suggest us – another big question.

You can find a lot of other interesting materials on the following links: 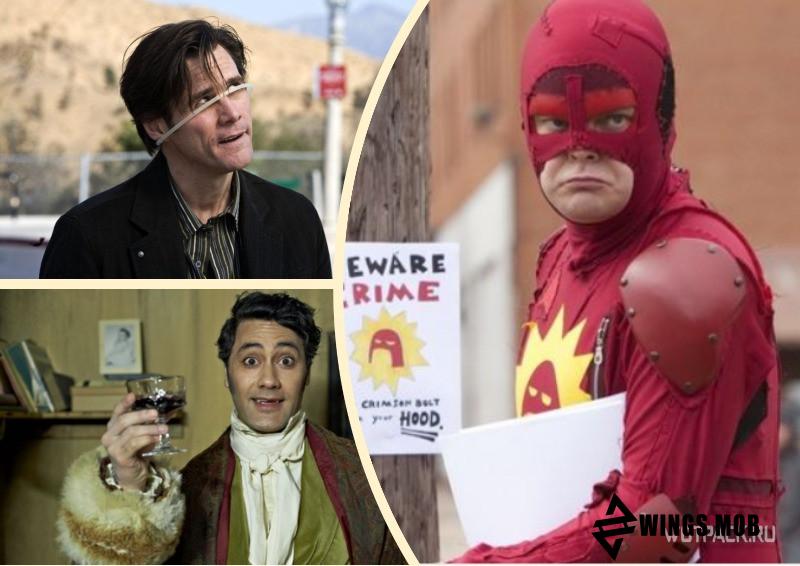 the best pets and how to get them [гайд]