RPGs have changed a lot since their inception, but some things have remained the same. They still tell fascinating stories and invite you to visit colorful fantasy worlds. Not to mention the charismatic characters that remain in the memory for a long time. But above all, RPG games are known for their duration.

While most modern projects can be completed in about 20 hours, role-playing games usually take a long time, and some take more than a hundred hours. They require patience and perseverance, but fans of the genre are not afraid to spend so much time, and plunge headlong into these magical worlds. 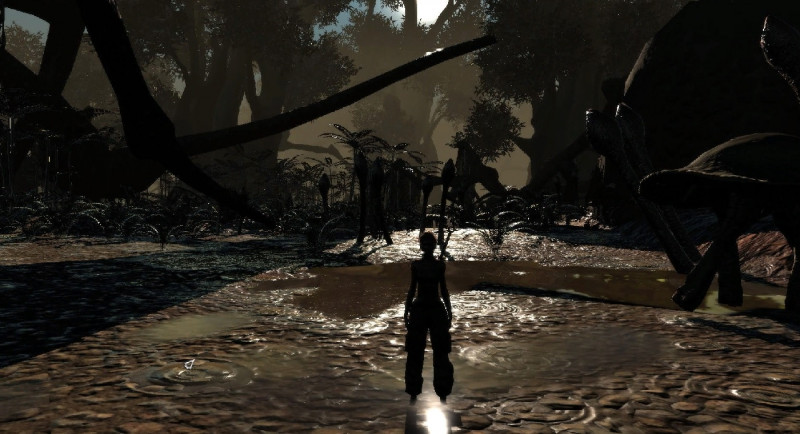 It took Chris Hunt almost 12 years to develop Kenshi, with the game designer doing most of the work alone. The end result is a fantastic RPG that offers more freedom of action, taking over 75 hours to complete the main storyline. However, thanks to the exciting process, you can spend hundreds or even thousands of hours in the virtual world without getting tired of it.

Harvest Moon: Back to Nature (78 hours) 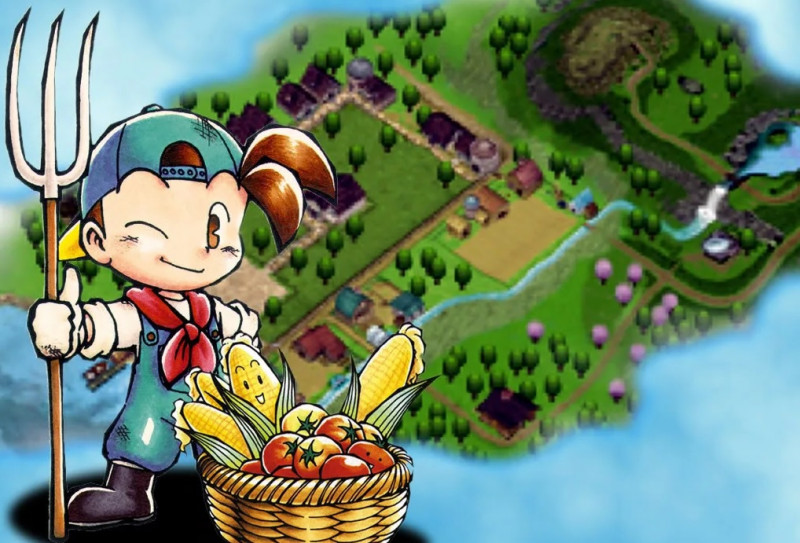 Harvest Moon: Back to Nature was the first non-Nintendo game in the series. Although it includes many elements of Harvest Moon 64, including characters. The project was released in 2000 on the PlayStation. As before, the plot is dedicated to farming and the development of your economy. Despite the many routine actions, the game does not get tired. At the moment, the graphic component leaves much to be desired, so a high-quality remaster / remake would not hurt here. 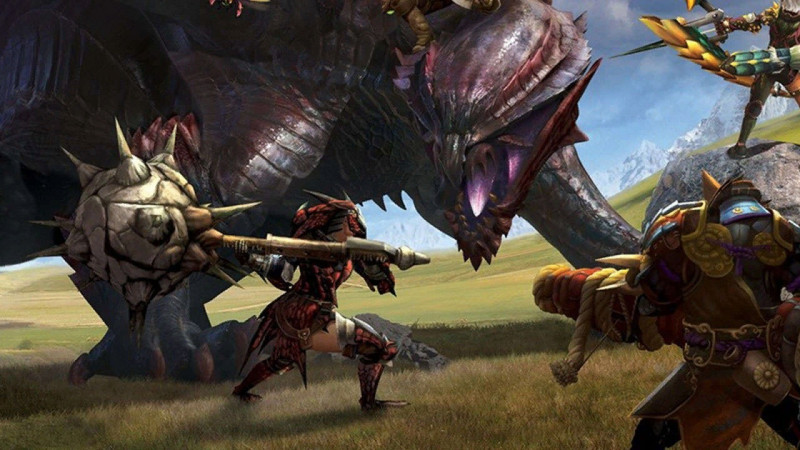 Monster Hunter 4 for Nintendo 3DS was a great commercial success and became one of the most striking Monster Hunter games. In 2015, the project was released in the West and received the Ultimate prefix. This is an improved version of the original with additional content and new mechanics. The movements of the characters have become more realistic and smooth. Monster Hunter 4 Ultimate will take about 79 hours to complete. 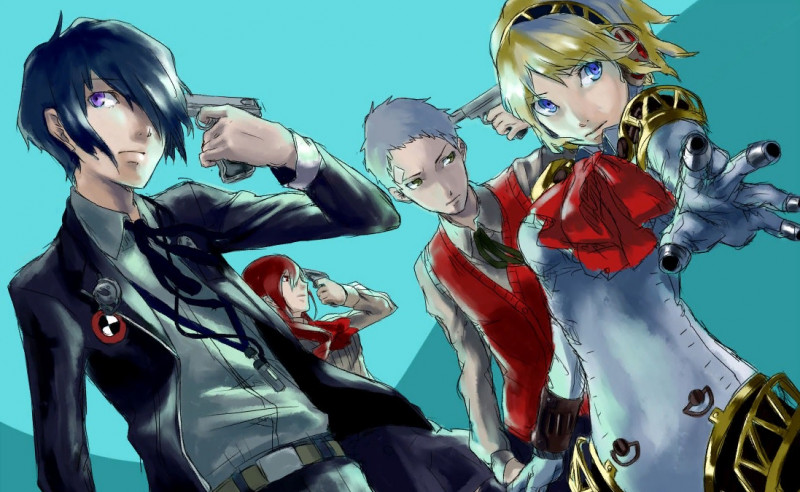 Shin Megami Tensei, also known as Persona 3, is surprisingly not the longest game in the series. The third installment of Persona was released as a PlayStation 1, 2 and PS Portable exclusive. The project introduces fans to new characters, and invites them to plunge into the school life of Japanese teenagers, which is brightened up with unusual events at night. As you progress through the plot, it thickens more and more, and does not let you come off until the end of the main story. 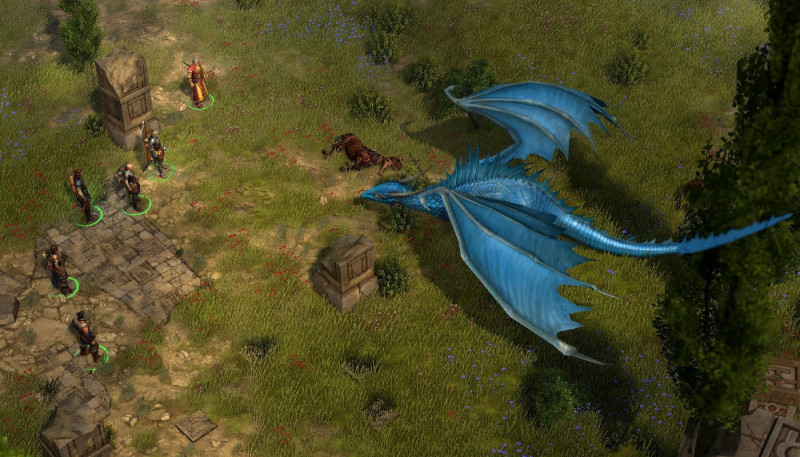 This game is available on Steam in the Enhanced Plus Edition. The main events take place in the universe of the same name. The project is inspired by such popular RPGs as Fallout 2 and Baldur’s Gate. During the passage, the player will have to assemble a team of loyal companions, together with whom he will rebuild his city and protect it from the capture of hostile neighbors. According to the developers, it will take about 82 hours to complete the main plot, although according to the players’ reviews, this requires more than 100 free time. 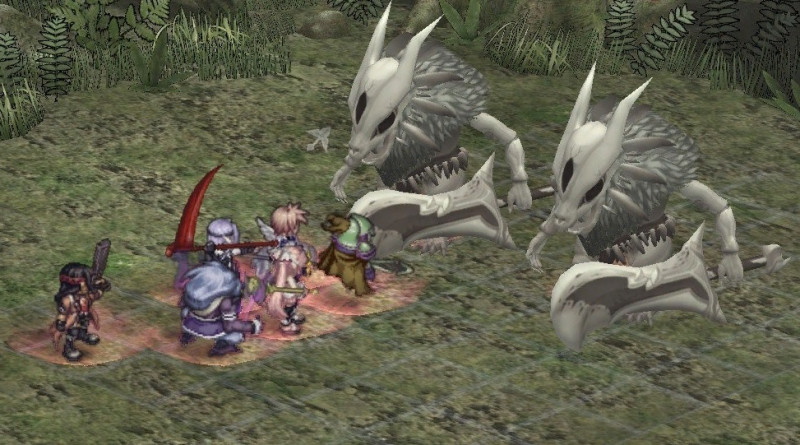 The Idea Factory team has a long track record of high quality strategy RPG games, and Record of Agarest War is no exception. The project certainly has its drawbacks, but its varied mechanics and intuitive combat system make them easy to ignore. The game offers a gripping storyline and a large number of difficulty settings to provide hardcore to even the most avid fans of the genre. 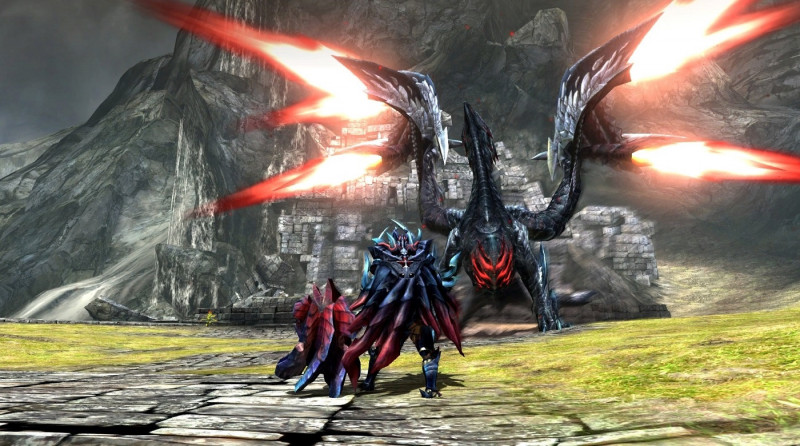 The fact that Monster Hunter World never made it to Nintendo consoles remains a bitter disappointment for many fans of the series. However, the situation is mitigated by Monster Hunter Generations Ultimate. The project may not sound as impressive as the original cycle, but there is more than enough content to keep players busy for a long time. 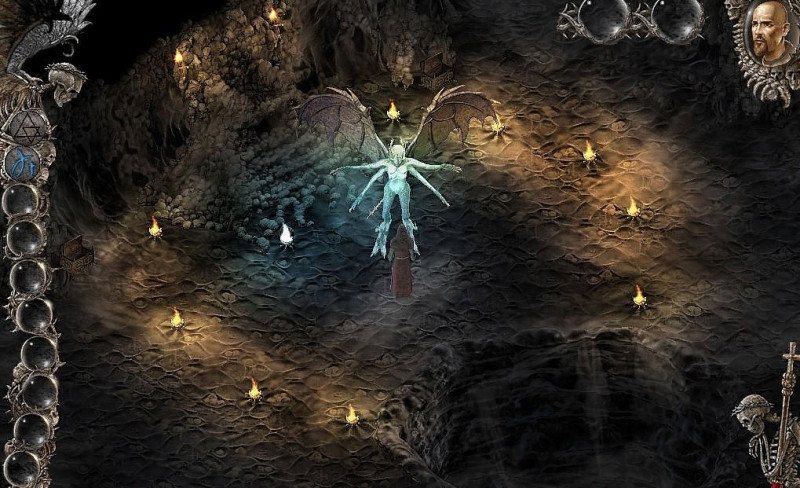 The main story of the “Inquisitor” can take about 90 hours to complete. Reviews of the game have been mixed, but this is undoubtedly one of the longest RPGs around. Gamers will have to plunge into a rather gloomy world, exploring vast territories both on the surface and underground. Moreover, the project has hundreds of pages of text revealing the prehistory of the universe. Therefore, those who like to thoroughly study the lore of the game can spend much more time on passing. 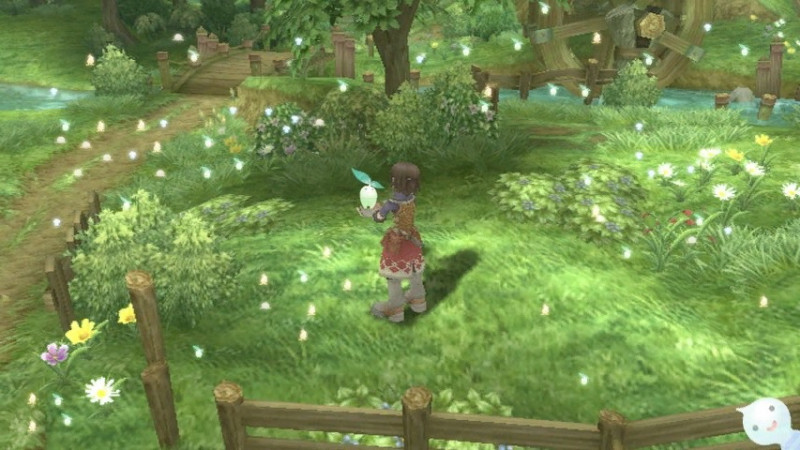 The Rune Factory 4 of this series is arguably the most beloved part of many fans, however the Rune Factory Frontier is the longest running. As in Stardew Valley, players have a farm at their disposal. There is also a division into four seasons, during which different crops must be planted. By and large, this is an immersive game with an intriguing storyline. It is so exciting that the claimed 91 hours can fly by very unnoticed. 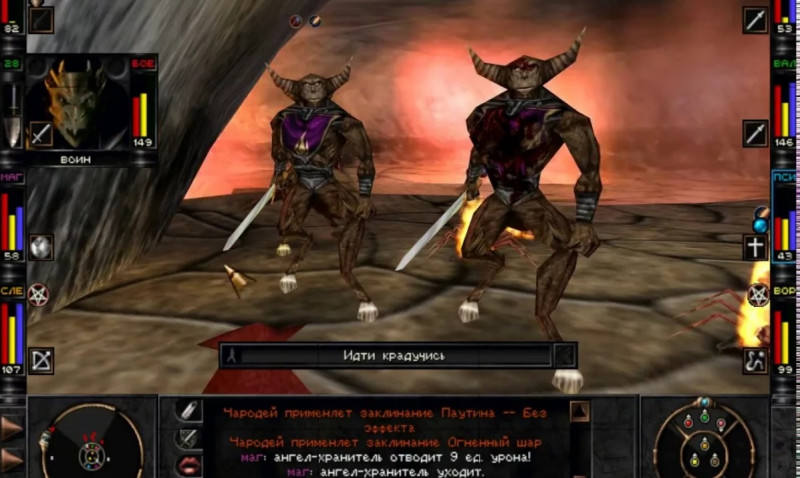 Although Wizardry 8 is quite an old game, and today few people want to play it, technically it can give a head start to modern RPGs. In many ways, this bears testimony to the talent of the Sir-Tech Canada team, whose creative and often intuitive designs have truly stood the test of time. Fans of the Might & Magic series in the Wizardry world will feel right at home, mainly thanks to the engaging combat system and interesting setting. 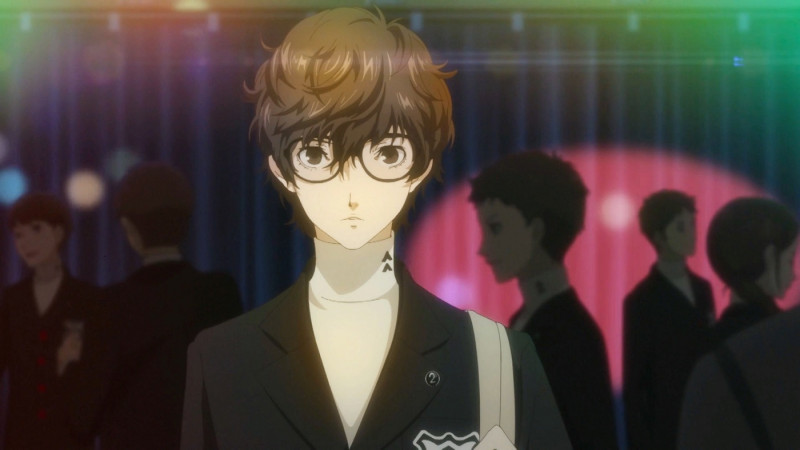 Persona 5 Royal 2020 is one of the top contenders for the best RPG of all time. The main story can be so engaging that you don’t even think about the duration. According to the authors, the passage of the main line is approximately 103 hours, but many players spend twice as long on it. Especially considering that the Royal edition adds new characters and an entire academic semester. 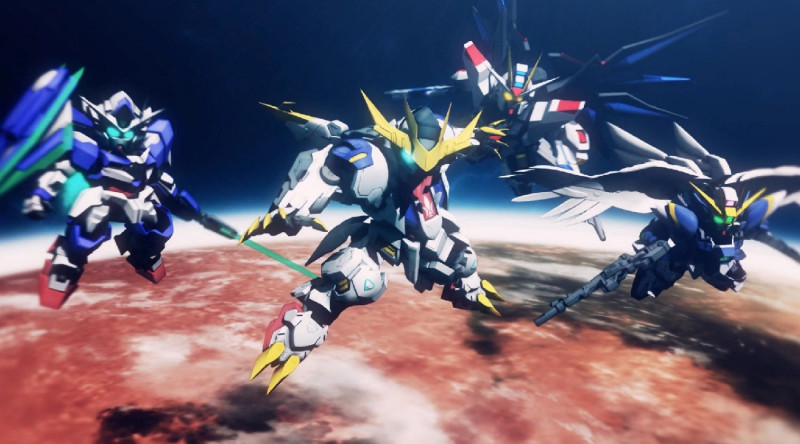 Fans of mech and robot games have a pretty good idea of ​​what to expect in SD Gundam G Generation Genesis. The series changes in many respects only visually, its gameplay component is repeated with minor changes from each release. Apparently, Electronic Arts isn’t the only publisher who enjoys making the same game year after year.

Whether or not this is a “good” action is a matter of serious controversy, as it contains many conflicting mechanics and design elements. However, 0 no matter how you feel about it, the duration is over 100 hours – this is one of the longest games ever made. 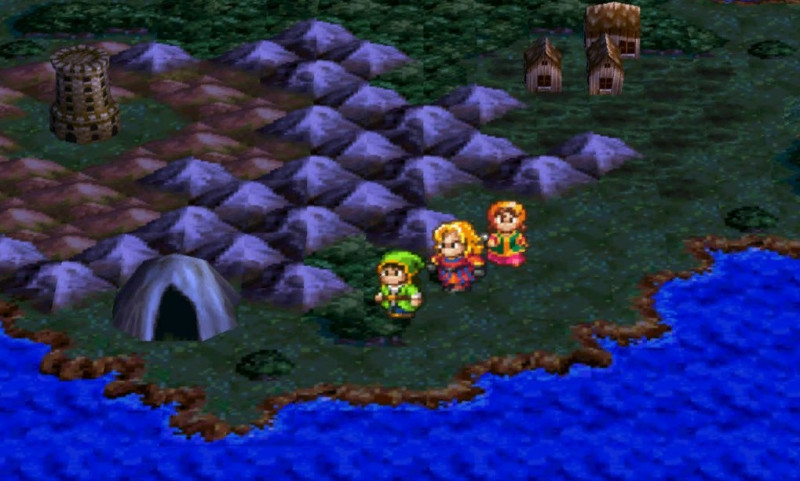 Whether you prefer the Dragon Quest VII: Fragments of the Forgotten Past remake or the original DW VII, both are exceptionally long. A single playthrough can take hundreds of hours, but the average player does it in 108 hours. The plot of the game tells the story of a young hero, whose father accidentally acquired a map of the old world. It is from her that the young man learns that many years ago there were huge continents on the planet, which were later destroyed.

Soon, the brave traveler discovers a way to travel in time and travels back in time to save the legendary lands. There is a mystery in the plot, which can take many hours to solve. And despite the simple graphics, delving into this world, you can tear yourself away from reality for a long time. 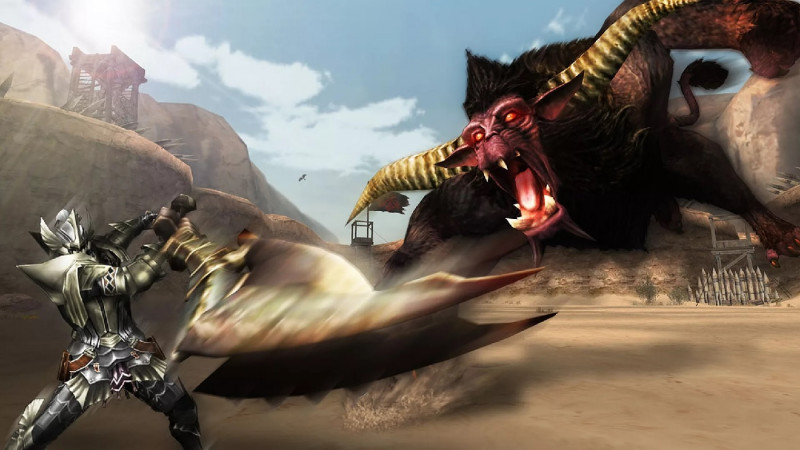 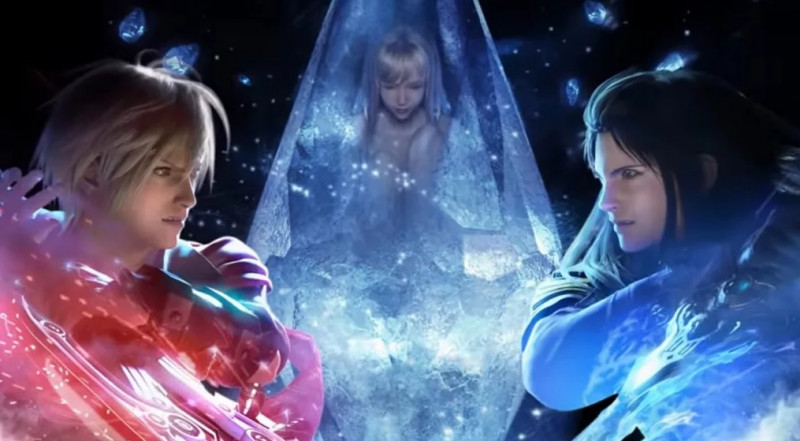 The Final Fantasy cycle is known for its captivating stories. And while the series doesn’t please with long games, Brave Exvius is a striking exception to the rule. It takes an average of a whopping 220 hours to complete the main story. This project cannot be completed in one sitting. Even if you play it 24 hours a day, it will take more than a week.

The plot tells the story of the adventures of two knights – Rain and Lasswell, who become the last stronghold of protecting people during the apocalypse. Soon, they are joined by other brave heroes, together with whom they have to save the world.

How to get animals across the ocean to Valheim?