The very turning point has come, which will give the world 2 of the largest consoles of the new generation. They should be available on store shelves as early as 2020 (at the end). Microsoft has opted for the in-depth development of the monolithic Xbox Series X, but the PlayStation 5 also has a number of powerful trump cards to beat the competition. Here we have collected all the information about both consoles, on the basis of which we will compare their capabilities and try to choose the current favorite.

What is the current situation in a nutshell?

Microsoft’s next generation Xbox Series X is already gearing up to launch. As the developers promise, the new console will have a 4x increase in processing power, offering 12 teraflops. Combined with the increase in storage and RAM, this is a good statement to support next generation games. But how much will it cost?

The PlayStation 5 is one step behind the Xbox Series X in terms of performance, with just 10.2 TF, but it’s still many times more than the previous generation. Along with the installation of a huge solid state drive, the console is clearly not inferior to the competitor in other respects. Many modern system functions will appear in it, but still the basis is made up of past successful technologies. There are a couple of months left before the launch, and there are even more questions to the console than answers.

We propose to sort out the features of the new consoles step by step:

The next generation consoles will offer exponentially more power under the hood, promising flagship performance. All this primarily depends on the technical equipment. Information about specifications is starting to surface more and more on the net. 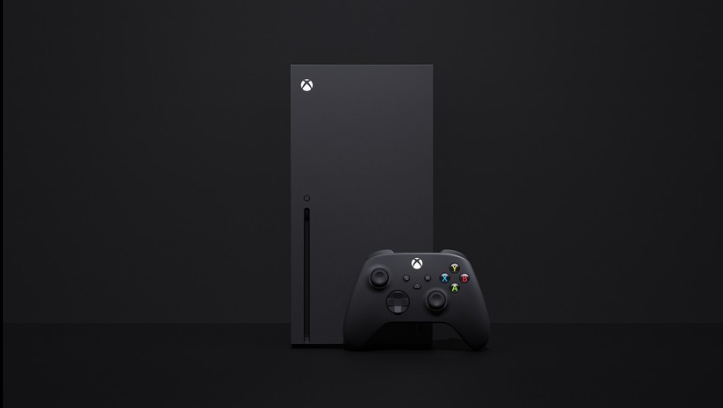 It is known that the Xbox and PlayStation will be built on an 8-core processor with Zen 2 architecture and a 7nm process technology. Complementing them with Navi graphics, the game consoles will receive the most advanced components from AMD, which were originally aimed at PCs. Both companies said their consoles will support hardware ray tracing. They also pledged to use SSD drives and GDDR6 RAM. 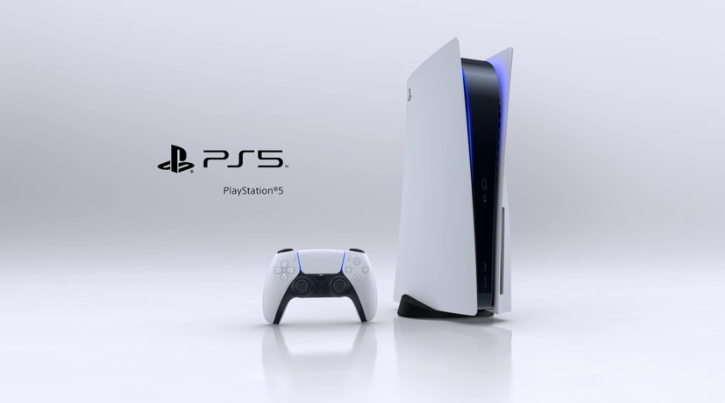 Here’s a datasheet for the Xbox Series X and PlayStation, compiled from information provided by the developers’ official announcements.

Both consoles have multiple power gains, but the Xbox has higher power gains. Sony plans to compensate for this shortcoming by customizing its own solid-state drive and supporting ultra-fast NVMe drives. This improvement will significantly reduce load times and improve performance in demanding games. 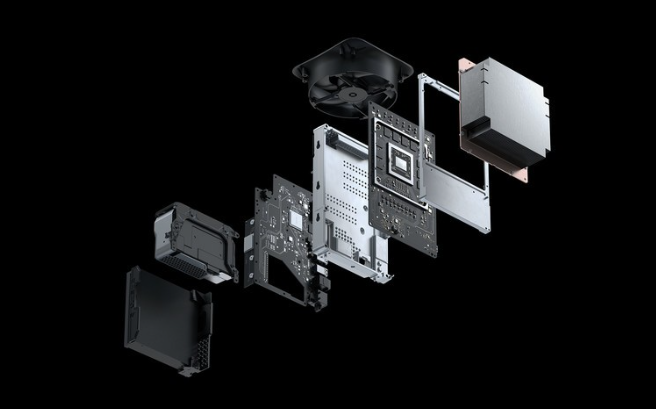 The monstrously high performance is likely to come at a high cost. Ultimately, this may require the release of a more affordable alternative to the mainstream. It seems that the Xbox Lockhart is already in development – the next generation budget console.

The new controller for Xbox Series X will be based on the previous generation controller. The developers decided to rely on the time-tested form, but there were also some improvements. The joystick will feature the Share button – this is a separate Share button that simulates a similar function in the DualShock PlayStation 4 and Nintendo Switch. It allows you to quickly create screen captures, take screenshots and share them. All of this is made possible by the Xbox One Game DVR. 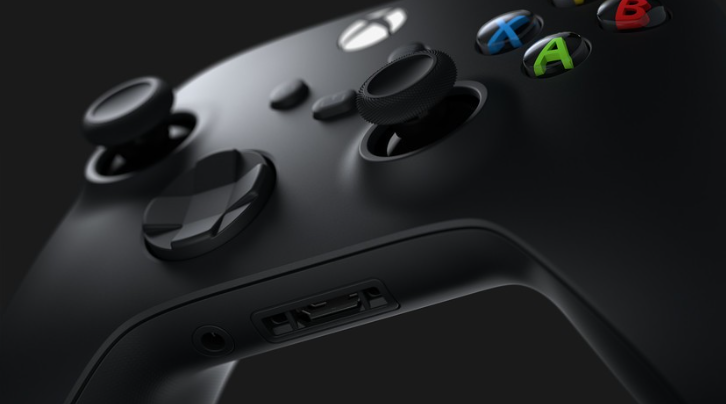 Inspired by the Xbox Elite Series 2 controller, the new Hybrid D-Pad features a rounded, streamlined shape and 5 square surfaces. The textured handles on the trigger are also noticeable. The silhouette of the controller will be slightly smaller than the previous version. Despite the slight change in shape and ergonomics, Microsoft plans to provide the same gamepad experience as before. Xbox Wireless ensures that input lag is reduced. For connection, USB Type-C will be supported, and AA batteries will provide autonomy. Batteries are compatible but not required.

The PS5 will also get a new DualSense joystick. The name already signals the presence of an innovative feature for feedback to players via touch. The model will receive a sleek modern look, a wider silhouette and a two-tone design similar to the PlayStation 5. 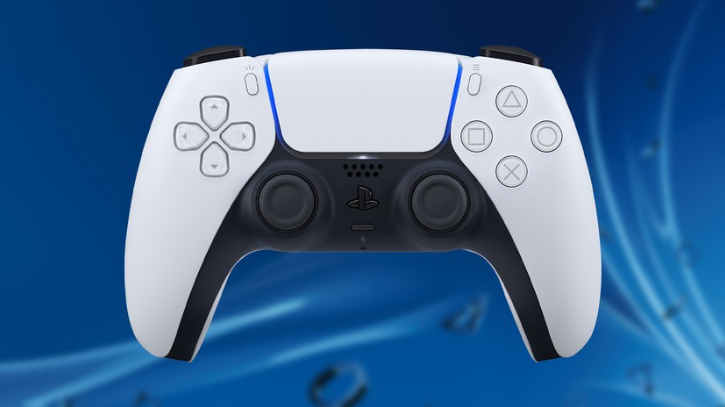 Among the main changes in the DualShock 5 are the introduction of “adaptive triggers” that adapt to the resistance in the game. They will be able to work on individual scenarios, allowing you to better feel the tension of the bowstring on the arrows or providing differences in shooting with different types of firearms. The PS5 controller has outperformed the Xbox somewhat in this regard.

For a wired connection of the gamepad, USB Type-C will be used, including for charging. The built-in high definition speaker appears and the battery capacity increases. However, this will affect the weight, the new controller will be heavier than the current DualShock 4. There is no longer a lightbar, which is why the joystick was discharged faster. It was replaced by the soft glow of the body. 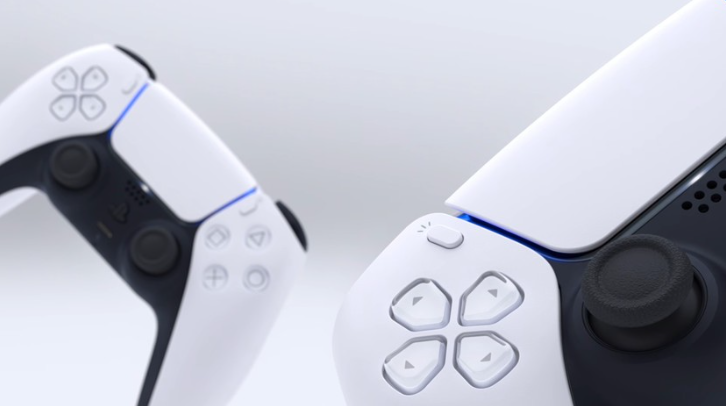 Of the other significant changes, it is worth noting the transition from the “Share” button to the “Create” button. What this will bring to the user is not yet clear. Sony says this will be a whole new way of creating epic gaming content. There is also a microphone through which you can make requests without a headset. 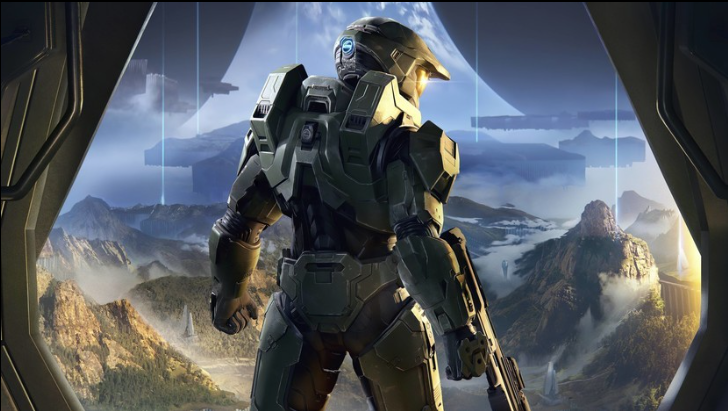 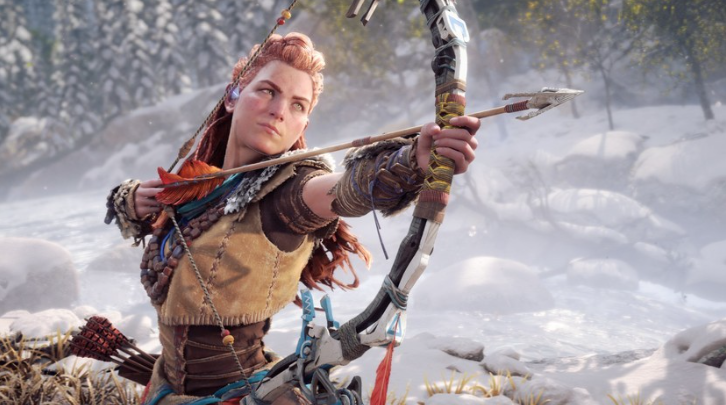 Sony will offer several dozen games, including its own projects and products from third-party developers. The main ones are:

Both consoles will have access to the most popular games planned for the future. These include: Cyberpunk 2077, Assassin’s Creed Valhalla, Grand Theft Auto V, and HITMAN 3.

Xbox Series X and PlayStation 5 seem to be roughly equal competitors with similar technical equipment. With more graphics processing power in the Xbox Series X, the PS5 offers faster memory, which in real-world tests allows games to load up to twice as fast as the competitor. Each console has its own set of exclusive games, this is a matter of taste. Considering that both consoles are too similar, the outcome of the fight will be decided by the cost and individual preferences of the users themselves.

Microsoft doesn’t really care if you buy the Xbox Series X: here’s why