A guide to growing plants, getting seeds, building beehives in Walheim

One of the most rewarding things to do in Walheim is running your own farm. Thanks to this, the player can provide himself with food, resources for crafting, and also animal companions. As soon as the house is built, it will be possible to domesticate animals and grow various crops, such as turnips, carrots, barley, and more. At the same time, you can build an apiary and breed bees. 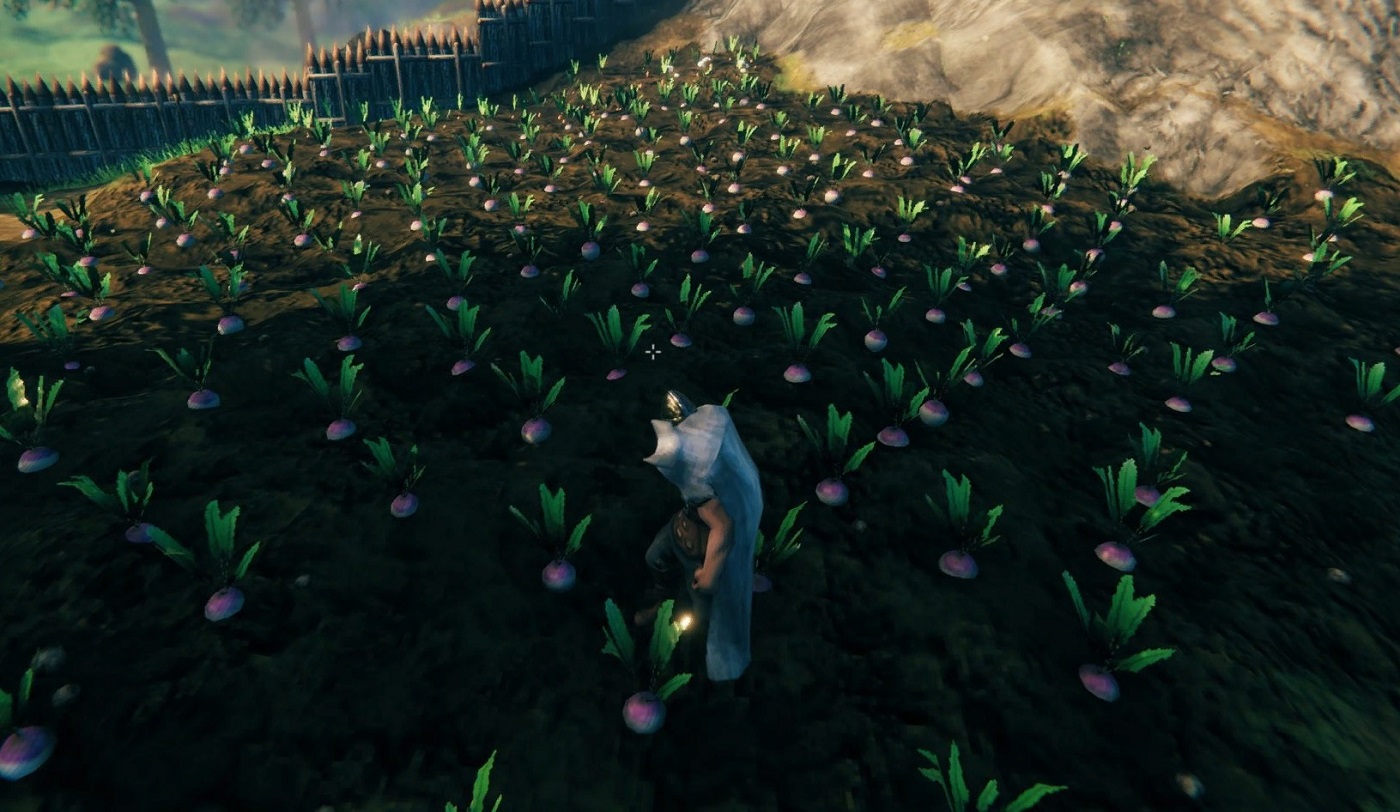 We’ve already written guides on how to tame boars, wolves and bulls. And in this guide, we will focus more on crop production.

Once players have defeated the first boss, Eiktir, they will be able to mine copper and tin and then forge bronze. Obtaining this material unlocks a tool called the Cultivator. It will allow you to cultivate the land and plant seeds. By right-clicking and holding the cultivator, you can select the action to be performed. Whether it is the cultivation of the land or the planting itself.

In the Dark Forest, small plants with white flowers can be found. They contain carrot seeds. In the Swamp Biome, there is a species-like plant with yellow flowers that contains turnip seeds. Each of these seeds can be planted anywhere in Walheim except in the Mountain biome. It is worth noting that when growing plants, in addition to fruits, you can also collect three new seeds, which ultimately allows you to expand arable land to incredible sizes, and harvest a large harvest.

While raw turnips cannot be eaten, and carrots alone do not provide much improvement in health or stamina, they can be made into hearty soups that will pay off your backyard efforts. Later, when the player has enough good equipment and food to build a house on the plains, barley and flax can be grown there. These crops can only grow in this biome.

In addition to plant breeding, you can build beehives on your site and breed bees. Wild bee hives are commonly found in abandoned houses and other structures in the Meadows. Since initially the bees are aggressive and poison the player with poison, you should get a fermenter in which you can brew potions of resistance to poison. In addition, some hives can be shot down with ranged weapons without approaching dangerous insects.

As soon as the hive is empty, you can get the queen bee out of it. After that, the possibility of building your own apiary will open. To build one hive, you need 10 wood and one queen. It is worth noting that if you place the bee hives too close to each other or to other structures, the bees will be unhappy and will stop producing honey. Honey is a very important ingredient and is used in many recipes.